Accessibility links
Flawed But Readable 'Love' May Break Your Heart Ed Tarkington's debut, Only Love Can Break Your Heart, mixes mystery and coming-of-age in a lush Southern Gothic setting. Critic Bethanne Patrick says despite some missteps, it's beautifully written.

Flawed But Readable 'Love' May Break Your Heart

Flawed But Readable 'Love' May Break Your Heart 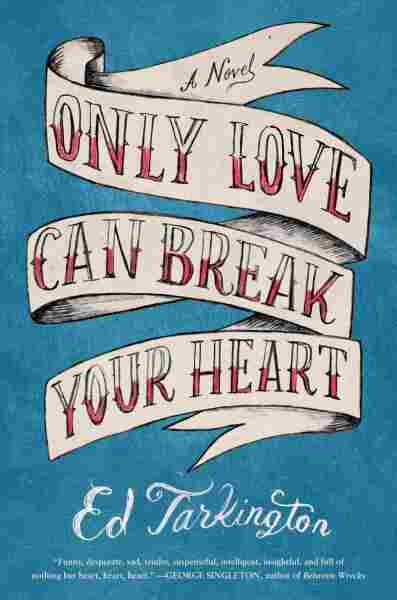 Only Love Can Break Your Heart

Title
Only Love Can Break Your Heart
Author
Ed Tarkington

Both of these statements hold true for Ed Tarkington's debut novel, Only Love Can Break Your Heart, a lush mystery-within-a-coming-of-age-tale-within-a-Southern-Gothic. If a book could have an Instagram filter, Tarkington's would be set on something called "Nostalgic." His young narrator Rocky Askew is our guide to the southern Virginia of the 1970s and 1980s, and it's fitting that he cannot see it whole. As the story begins, he is 8 years old and completely in thrall to his teenage brother Paul — who is about to do something that will set the darkest forces in his family and community in motion.

The flaw that runs deep here might be called "too muchness." From the frequent references to music in the first section (the title, just in case you missed it, comes from Neil Young; other mentions include Pink Floyd and The Doobie Brothers) to the frequent mishaps (an accidental shooting, a forest abandonment, a hayloft sex scene and that's just the tip of the iceberg), on to the frequent use of stock characters (The Bigot, The False Prophet, The Dupe, The Temptress and so forth), there's so much going on that sometimes a reader won't know where to look or why.

However, many first novels are flawed. The most important things about Tarkington's first novel are not its problems, but its virtues, the things that make Only Love Can Break Your Heart most interesting, and most readable; the things that make readers and reviewers hope that his next novel will come along sooner rather than later.

First, Tarkington (yes, there's a family tie — he's a distant cousin of Booth's) writes beautifully. Here he is describing the soon-to-be object of Rocky's affection: "Sometimes Patricia rode alone, her eyes fixed to the ground ahead of her, oblivious to everything else, including the boy walking along on the other side of the fence, watching her." He has a gift for the sinuous sentence that carries action and helps mitigate the muchness.

If a book could have an Instagram filter, Tarkington's would be set on something called "Nostalgic."

Second, Rocky's first-person, adult voice unifies the many events unfolding with yes, nostalgia — but also a great deal of rue and experience. The adolescent Rocky cannot escape his hormones any more than he can run from his need for love and acceptance, but the adult Richard sees the neglect behind the old-WASP parenting and the rot at the heart of Old South manners.

Third, the title truly is the message. As Rocky Askew navigates a world in which he'll experience loss, become an adult too soon, and live through a gory double murder, he remains the moral compass of the novel. In a lesser writer's hands, that would be cloying and suspect. For Tarkington, though, Rocky's big heart illuminates the goodness in other characters, from his stunted mother to the town psychic to his father's temporary caregiver.

Last, but far from least: Yes, Only Love Can Break Your Heart is technically a mystery novel, one in which the mystery comes late (with good reason; it's best explained in light of earlier events). But it's a "mystery" in the same sense that Margaret Atwood's novels are "science fiction;" the genre is in service to the writer, and not the other way around. That may be why, although Rocky is the narrator, the real hero of this story is his half-brother Paul. Paul's epic adventure takes place offstage in the wilds of a dysfunctional Western commune.

Ed Tarkington has not yet written a perfect novel. Who cares if he ever does, if he keeps writing novels as interesting, readable and beautifully written as this one?