Accessibility links
How Clementine Churchill Wielded Influence As Winston's Wife Biographer Sonia Purnell says Clementine once remarked that she "would have loved to have been a statesman in her own right if only she had been born with trousers rather than petticoats." 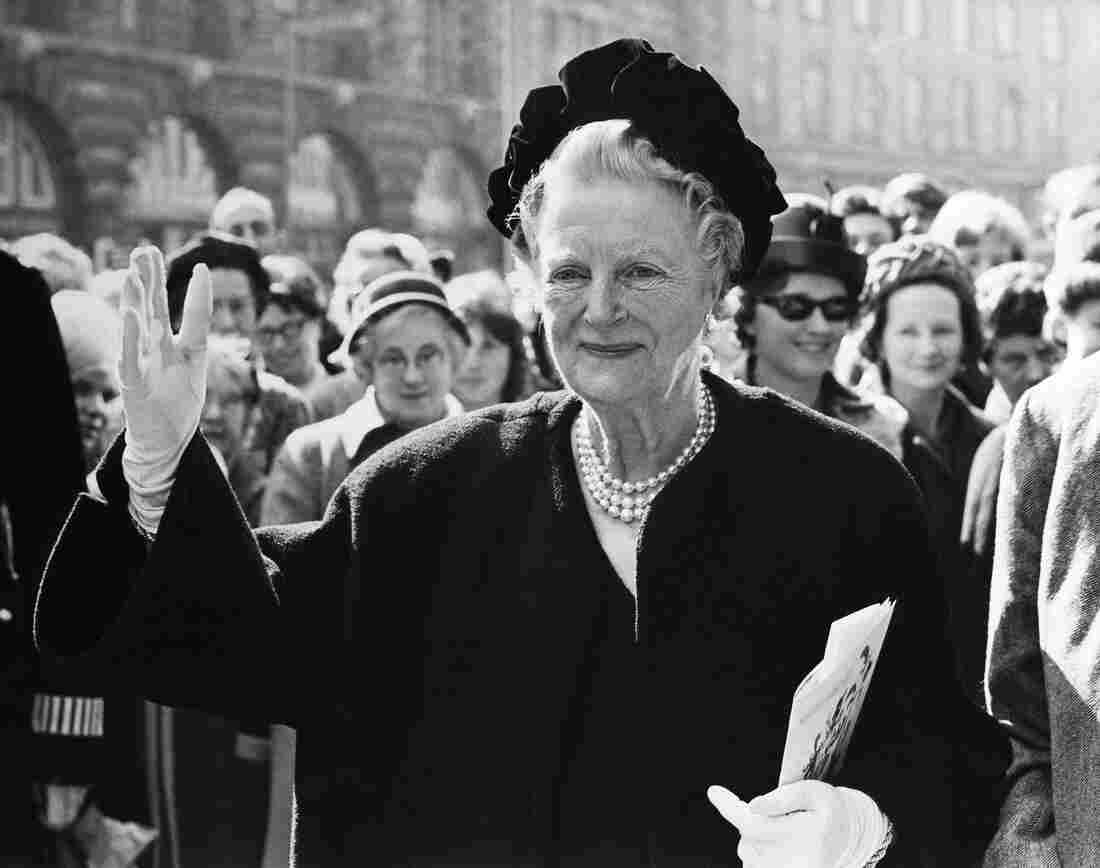 At the outset, biographer Sonia Purnell didn't know much about Clementine Churchill. "I confess, like millions of others, I had absolutely no idea who Winston Churchill's wife was," Purnell tells NPR's Steve Inskeep.

She once said early in life she would have loved to have been a statesman in her own right if only she had been born with trousers rather than petticoats.

But then Purnell stumbled onto a letter from 1940, when Winston Churchill had just become prime minister. It was the middle of World War II, and England was in a very bad state.

"She realized that he was in danger of losing support of the very people he needed most," Purnell says. "He was being brusque and rude and rather overbearing. So, she wrote him this letter. And it just tells him how he needs to bring people alongside him, to make them love him. His behavior changed as a result of this. And people changed their minds about him."

After reading that letter, Purnell had to find out more about the woman who influenced England — and her statesman husband — through two world wars. The result is Clementine: The Life of Mrs. Winston Churchill. Purnell talks with Inskeep about Clementine Churchill's background, her ambition, and what she'd be doing if she were alive today. 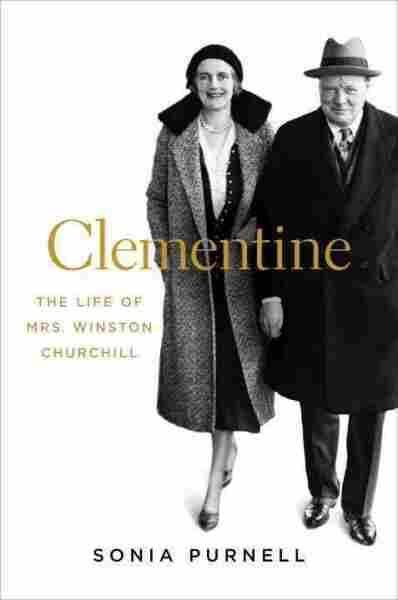 The Life of Mrs. Winston Churchill

On how Clementine "threw herself into" being Churchill's wife

I think she realized she couldn't be the ordinary wife. She would lose Winston. She would never see him. So really from very, very early on, she threw herself into making herself the right sort of woman for him. She wanted to prove that she was up to it. A lot of people thought she wasn't when she first married him. She'd come from this rackety background. She was quite shy. And so she pushed herself to become this incredibly wise, measured, knowledgeable, well-read person.

She was the granddaughter of a Scottish earl. But her mother was something of a Victorian wild child: Lady Blanche. She was married off, and it was a pretty loveless match. He didn't want children. She did. She went about this with some enthusiasm, shall we say ... without him! ... She had up to 10 lovers on the go at once. As a result of this, her mother was shunned by polite society, had very little money. They kept having to move house. Her putative father, [Sir Henry] Hozier, tried to kidnap her. She managed to escape. But none of this was the sort of life you would normally expect of the granddaughter of a Scottish earl.

On what attracted Winston to her

I think because of her rackety background — she had no money, she was making her own living — she wasn't like the normal society women that he'd met, who were interested in frocks and balls and not much else. So, suddenly here was a woman who was interested in what he had to say about all sorts of things, and he found that thrilling. She found it rapturous that here was someone prepared to talk about great and exciting world events — events which she wished she could be a part of. 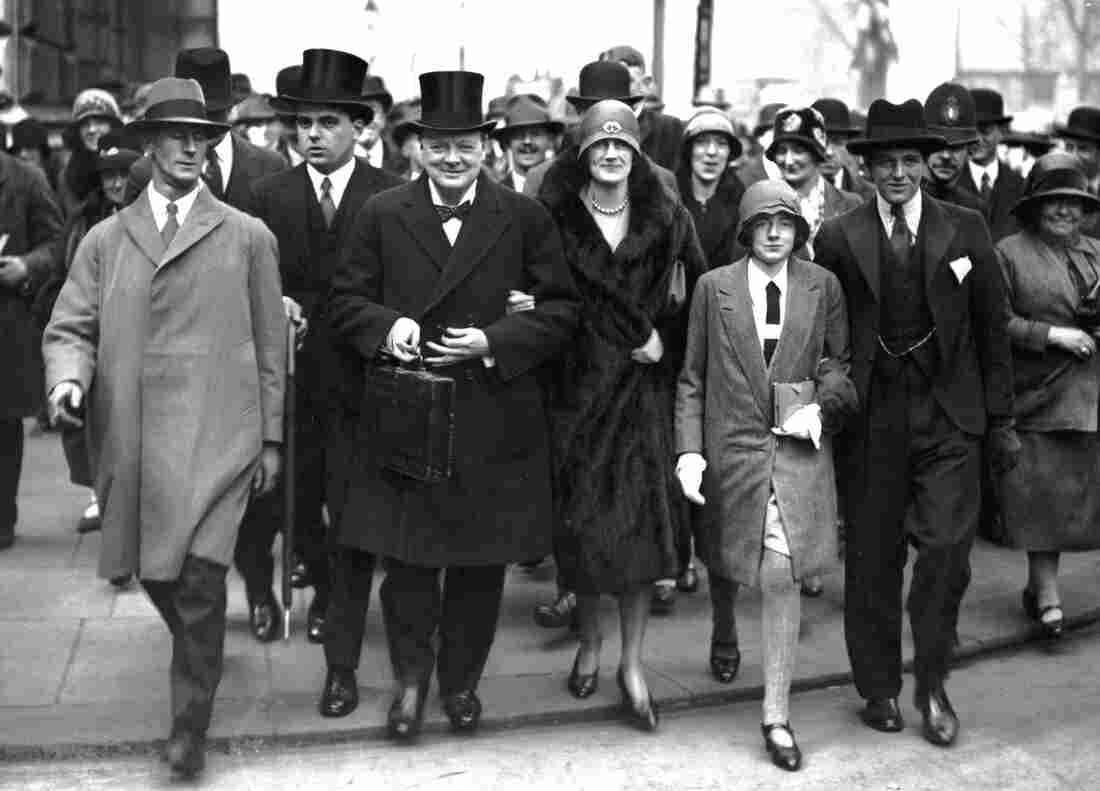 The Churchills — Winston, Clementine and two of the their children, Sarah and Randolph — head to the House of Commons on Budget Day, April 15, 1929. Topical Press Agency/Hulton Archive/Getty Images hide caption

I think he always wanted to be prime minister. She always wanted him to be prime minister, too. I think the difference she made was that earlier in his career, he made countless mistakes. Take the Dardanelles [and the Gallipoli Campaign], for instance, in the first world war — disastrous military campaign. ... And for many Empire troops, this was something that has, you know, stayed in history as a military disaster. You might argue it wasn't really Churchill's fault ... you might argue it was. In any case, he got the blame. ...

His career was completely shot. And she saw that the way back — he had to redeem himself. And if by volunteering to fight in the trenches at the Western Front, he could show people that he wasn't this hothead. He wasn't just all about him.

On how, when he went to fight with the British army on the Western Front, Clementine warned him not to come back too soon

Yes, can you imagine? ... A wicked bullet could find him at any moment. But she wanted people to want him to come back. She knew that if he just came back, people would say, "Oh, it's the same old Winston. He's not learned." If he stayed out there long enough that people realize that he was needed, then that would be different.

On how Clementine took action on her own

She saw that all Britain had in 1940-1941 was a collective spirit, and that had to be fostered and nurtured and protected. And yet, people were discontented. The air raid shortages and the Blitz — they were pretty horrible. They were cold; they were dark; they were scary. And so she went about ordering all the government ministers around: Please put heating in there. Please make sure there's a fire exit there. Please manufacture 2 million new beds so people can sleep alongside their children during the raids to stop them from becoming too frightened. She saw that by dealing with these problems, you would foster that incredible Blitz spirit that people still talk about now. 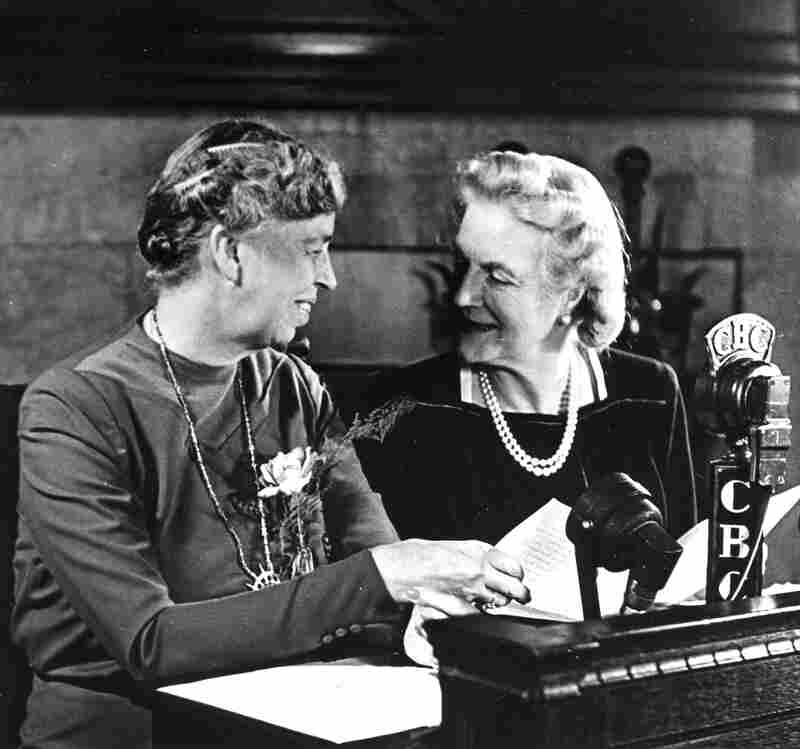 Eleanor Roosevelt (left) and Clementine Churchill pose for photographers shortly before making an address over the CBC network in 1944. PhotoQuest/Getty Images hide caption

Sometimes I look at some of the political spouses today and I wonder where their ambition is. I mean, obviously times are different now. But in Britain, you very rarely hear anything about the prime minister's wife apart from what frock she's wearing or where she went on holiday. I'm amazed, really, that we're still in that position where we don't celebrate the fact that in many ways we get two for the price of one, because with the Churchills, we did.

She once said early in life she would have loved to have been a statesman in her own right if only she had been born with trousers rather than petticoats. I think if she were alive today, I suspect very much that she would be in the British Cabinet. She would certainly be an MP, and maybe, who knows, she might've gone for the prime minister's job herself.

Read an excerpt of Clementine