Accessibility links
Darlingside On Mountain Stage Hear from the Massachusetts folk-pop band, which made host Larry Groce's favorite song of 2015. 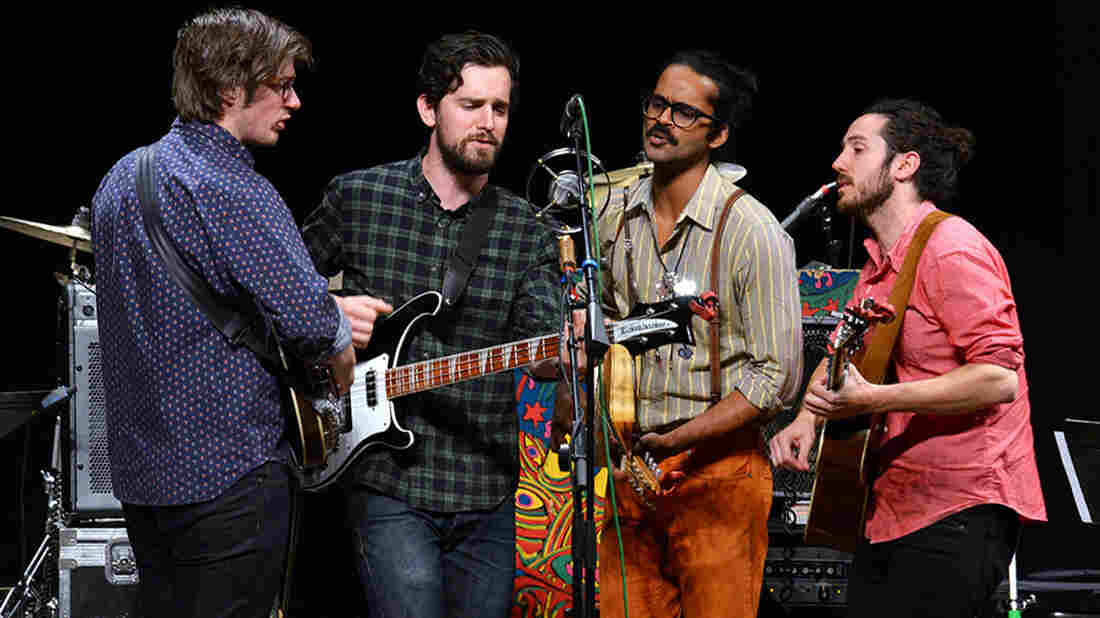 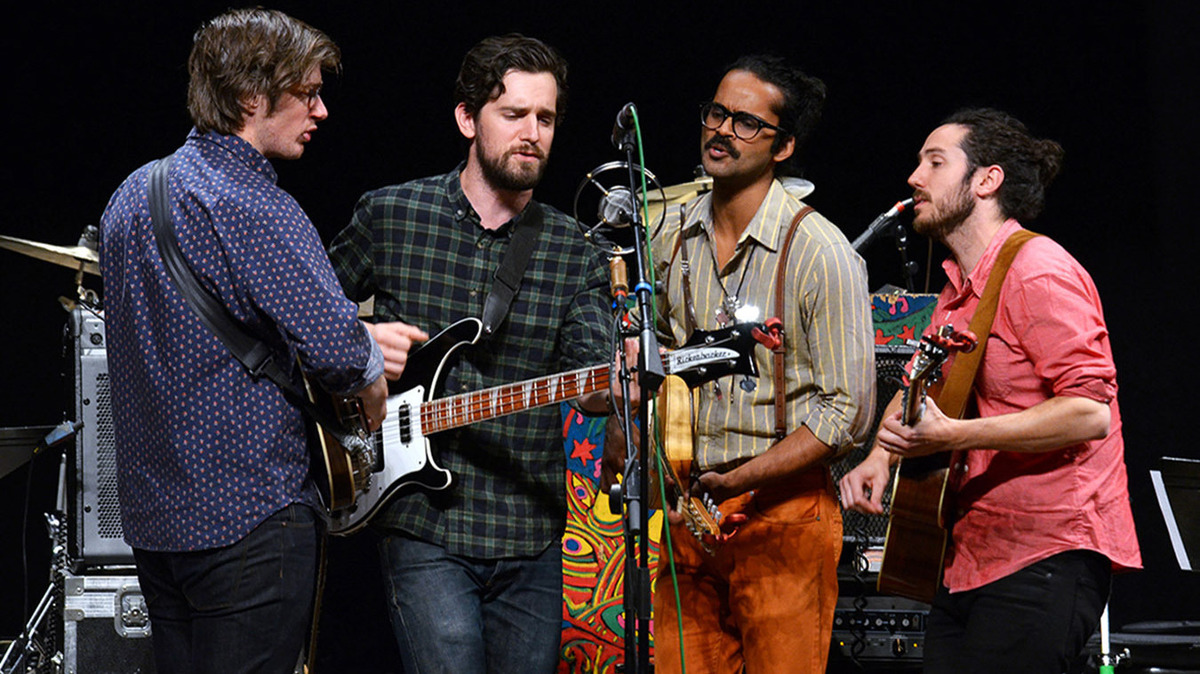 Darlingside makes its first visit to Mountain Stage, recorded live on the campus of Ohio University in Athens. An acoustic band that takes its cues from '60s folk, bluegrass, classical and indie rock, Darlingside is known for its lush harmonies and cinematic lyrical turns.

When the band formed in 2009 at Williams College in western Massachusetts, its members quickly realized that they could leverage their disparate musical and cultural influences to create a unique sound. The strategy has worked well for them: This year, Mountain Stage host Larry Groce picked "The God Of Loss" as his No. 1 song of 2015.

Don Mitchell plays guitar and banjo, along with Auyon Mukharji on mandolin and violin, David Senft on bass and percussion, and Harris Paseltiner on cello and guitar.