Accessibility links
A Physicist Dreams Of Catching Dark Matter In The Act Hold out your hand for a century, and 100 million particles of dark matter will pass through each second without leaving a trace. Still, a physicist in South Dakota thinks he may be able to catch one. 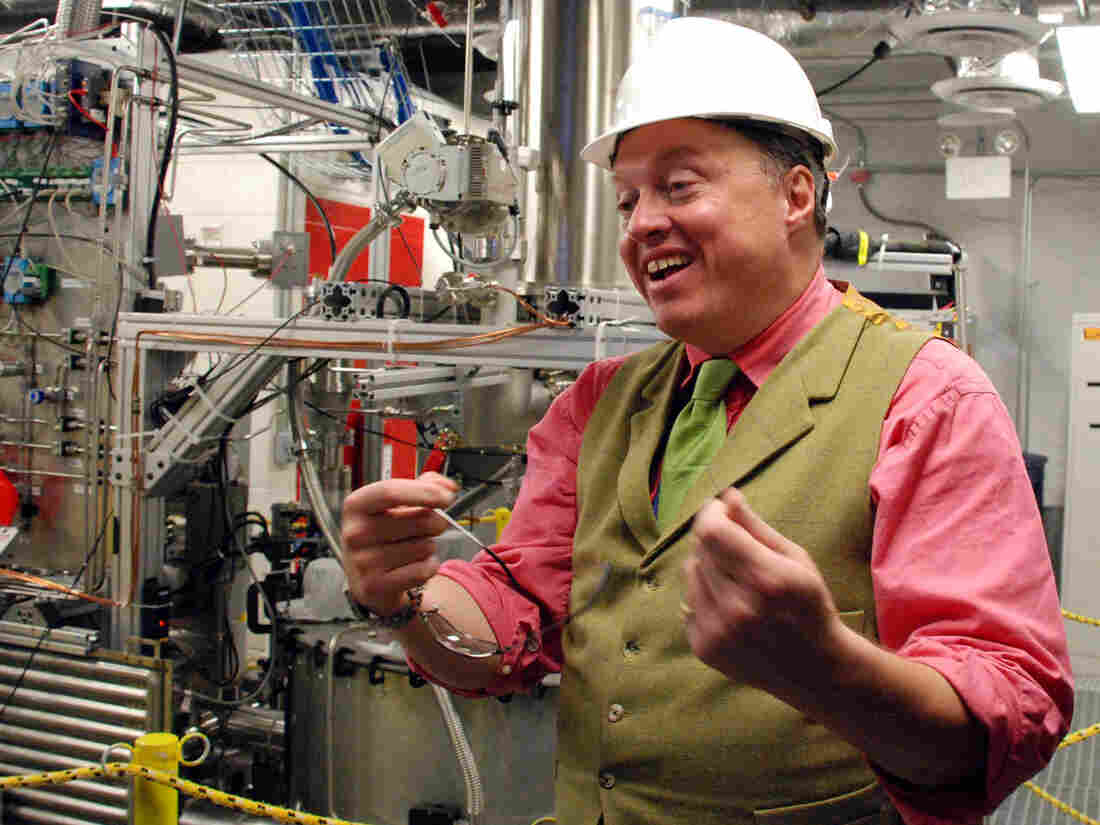 Astrophysicist Richard Gaitskell, from Brown University, leads a team hunting particles of dark matter about a mile beneath Earth's surface. No luck so far, but Gaitskell is still hopeful. Chet Brokaw/AP hide caption 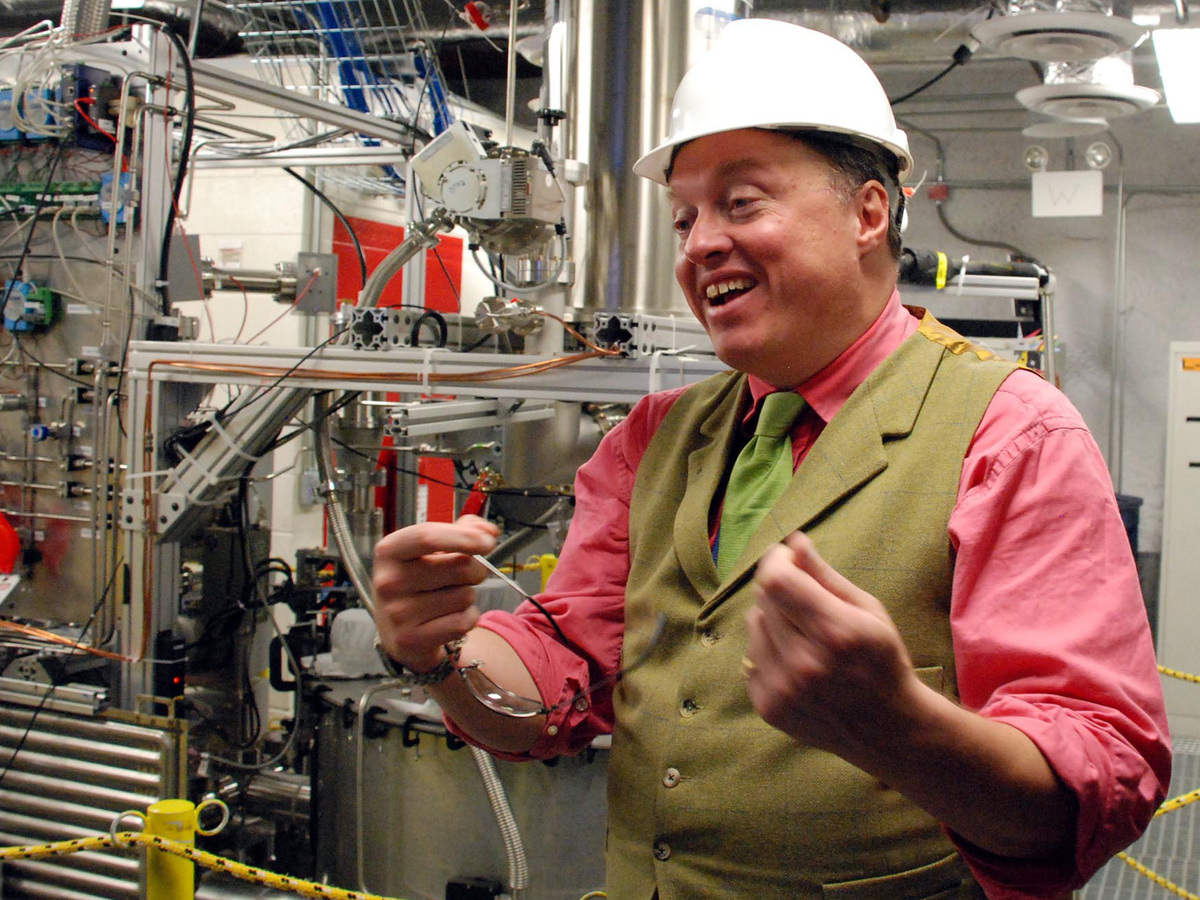 Astrophysicist Richard Gaitskell, from Brown University, leads a team hunting particles of dark matter about a mile beneath Earth's surface. No luck so far, but Gaitskell is still hopeful.

What's the universe made of?

It's a question that's been bothering scientists and philosophers for millennia, and has become even more vexing in recent decades, as physicists have become convinced that most of the universe is made of something we can't see or touch or measure.

At least not yet.

Richard Gaitskell hopes to change that. He's a physicist at Brown University, and the leader of a team that aims to be the first to describe this mysterious dark matter.

So, if they can't see or touch or measure dark matter, why are they so sure it exists? One reason is based on work done by astronomer Vera Rubin of the Carnegie Institution of Washington in the 1970s. She measured the rate at which galaxies rotate.

"If you look at a typical galaxy," Gaitskell explained, "and count up all the stars in the galaxy — which is perfectly possible for us to do this day — you find that the speed at which that galaxy rotates is simply too fast to be held together by the mass of those stars alone."

Without something providing the gravity to hold the stars in as the galaxy rotates, stars would fly outward into space, like a bunch of dishes flying off a spinning Lazy Susan.

Gaitskell explained that if you calculate how much gravity is needed to hold a galaxy together, "you find that 90 percent of the matter of that galaxy has to be some other dark material, which is why we don't see it in our telescopes."

Once scientists were convinced dark matter had to exist, they realized it couldn't be something conventional, like a cloud of interstellar soot.

So they looked for evidence of something more exotic, using giant particle accelerators and sensitive detectors. They found ... nothing.

"It cannot be a conventional particle that we already know about," Gaitskell said. "That, of course, makes it so fascinating, because it has to be new physics."

He said most scientists are now convinced that what makes dark matter so devilishly hard to pin down is that it doesn't interact with anything — even though there's an enormous amount of it all around us all the time.

And none of them will leave any trace.

"You could have your hand out for a century and not have a single dark matter particle interact with it," he said.

But theory predicts that at some point one of these particles will interact with something, he says. So the next question is, "Can we build an instrument that is sensitive enough to actually get the first signal?"

There are more than a dozen teams around the world trying to do just that. Gaitskell leads one of the efforts, called LUX — the Large Underground Xenon experiment. To search for dark matter, you need an environment that's extremely "quiet" in terms of energetic particles, Gaitskell said; cosmic rays and other forms of radiation can give a spurious signal. Liquid xenon — within a tank deep beneath Earth's surface — provides just such the right environment.

About a mile deep, inside a former gold mine in the Black Hills of South Dakota, roughly 815 pounds of liquid xenon sits in a tank festooned with detectors. The LUX team has plans to build another detector, containing 20 times more liquid xenon, later this decade.

So far, none of the world's detectors have found anything definitive.

I asked Gaitskell if it ever gets frustrating to keep coming up empty. Wouldn't he prefer to work on something with a higher chance of success?

No, he said. "Even a small chance at ushering in this new generation of our understanding of both cosmology and fundamental particle physics — that's too good an opportunity to pass up."

You can't blame a guy for trying.