Accessibility links
From Poop To Power: Colorado Explores New Sources Of Renewable Energy Europe has extracted natural gas from organic waste for about a decade, and now it's spreading to the U.S. In Colorado, efforts are under way to produce natural gas from human waste and food scraps. 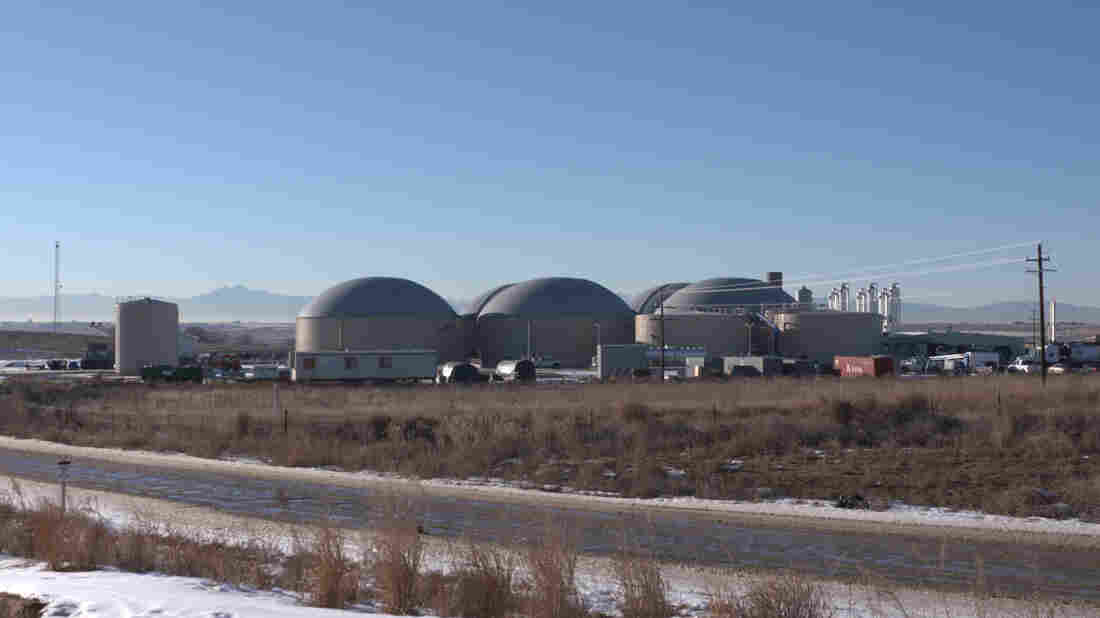 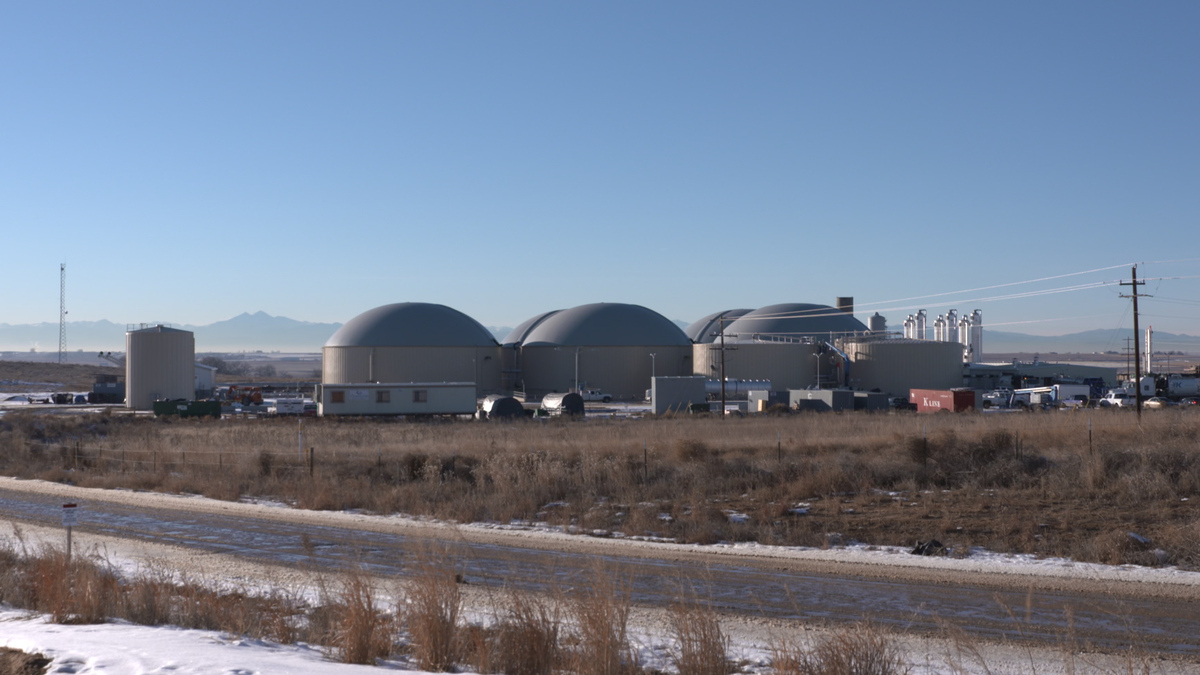 The Heartland Biogas facility in Weld County, Colo., is one of the country's largest waste treatment plants that converts methane to natural gas.

The wastewater treatment plant in Grand Junction, Colo., takes in 8 million gallons of raw sewage — what's flushed down the toilet and sinks.

Processing this sewage produces a lot of methane, which the plant used to just burn off into the air.

The process was "not good for the environment and a waste of a wonderful resource," says Dan Tonello, manager of the Persigo Wastewater Treatment Plant.

Grand Junction has been replacing an aging fleet of garbage trucks and buses with natural gas vehicles, fueled mostly by the human-sourced gas from the treatment plant.

Tonello says Grand Junction is the first city in the nation to do that.

"We're looking at hundreds of thousands of dollars a year being saved by implementing this process," he says.

Europe has been extracting natural gas from organic waste for about a decade, and now it's starting to pick up in the U.S.

Joanna Underwood, president of Energy Vision, a nonprofit dedicated to expanding the use of this renewable natural gas, or RNG, says Grand Junction is a model for small wastewater treatment plants around the country.

It's cleaner than diesel fuel, and puts emissions that were heading for the atmosphere anyway to good use.

And there are other sources beyond human waste. Right now, for instance, food scraps are being collected from restaurant, grocery stores and large food manufacturers all over Colorado's densely populated front range.

In a few weeks, the collected waste will be shipped to northern Colorado, where the Heartland Biogas facility is in its final stages of construction. 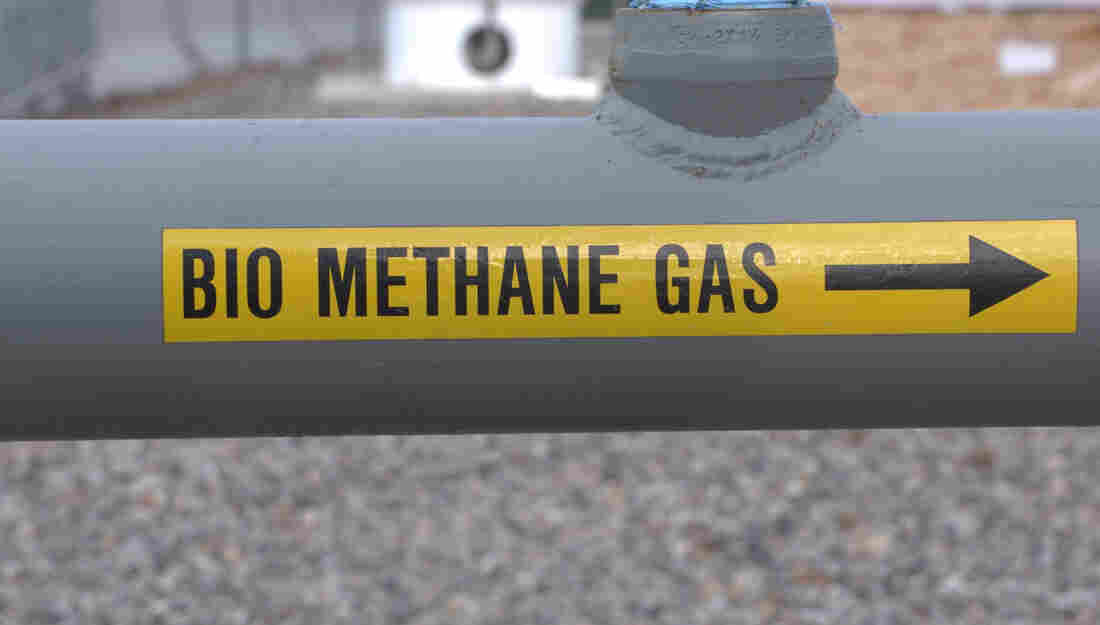 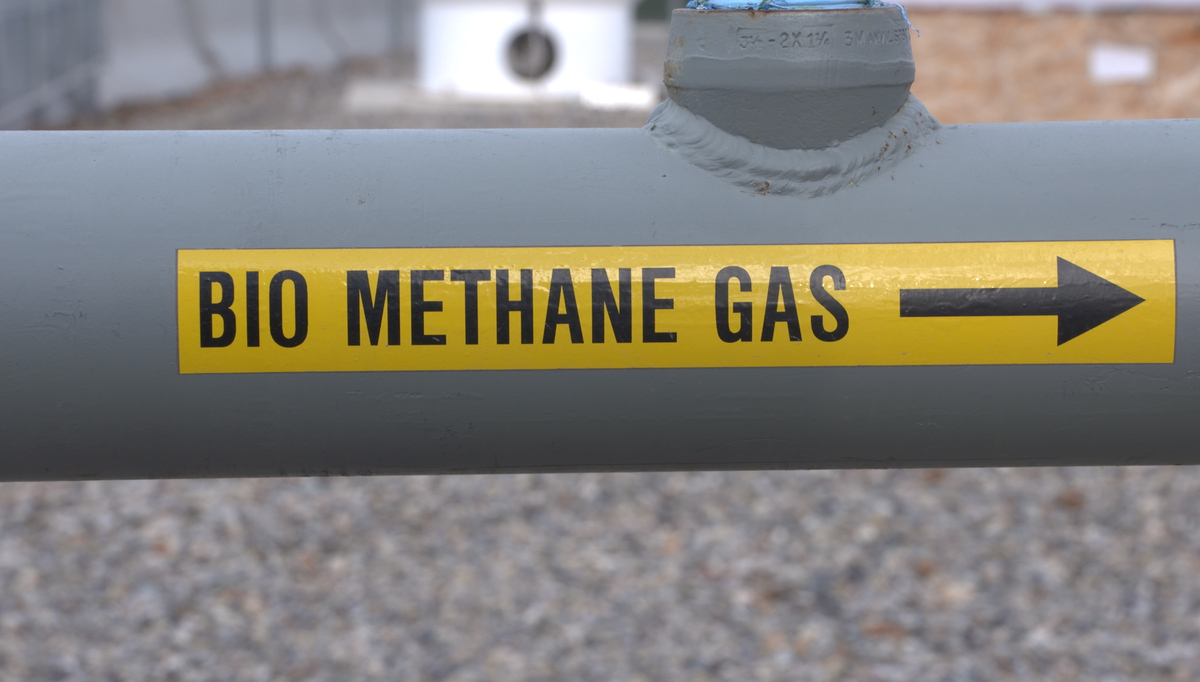 Grand Junction, Colo., is the first city in the U.S. to fuel its vehicle fleet with natural gas produced from human waste.

It's much bigger than the Grand Junction treatment plant, one of the largest in North America, according to Bob Yost, whose company A1 Organics is partnering with the facility to coordinate the delivery of all that food.

Yost estimates there could be 25 to 30 semi loads of food waste coming in per day, which is then mixed with manure from a local dairy farm.

The best way to get the most natural gas from waste, according to Yost, is for a facility to have a balanced diet of both food scraps and manure.

The RNG is then delivered by the same pipelines used to deliver fossil fuel natural gas.

If all the organic waste in the country were gathered, current technologies could produce enough natural gas to replace about half of the diesel fuel used in U.S. transportation, says Energy Vision's Underwood.

"For this sector, which in and of itself is big, it's not a small piece," she says.

It's not a replacement for the traditional oil and gas industry by a longshot. But, as Underwood argues, practical solutions to climate change have to be assembled piece by piece.