Accessibility links
2 Prisoners Mistakenly Released Early Now Charged In Killings Washington state let about 3,200 felons out early over 12 years because of a software glitch. Now it's tracking them down, and finding some have re-offended while they should've been behind bars. 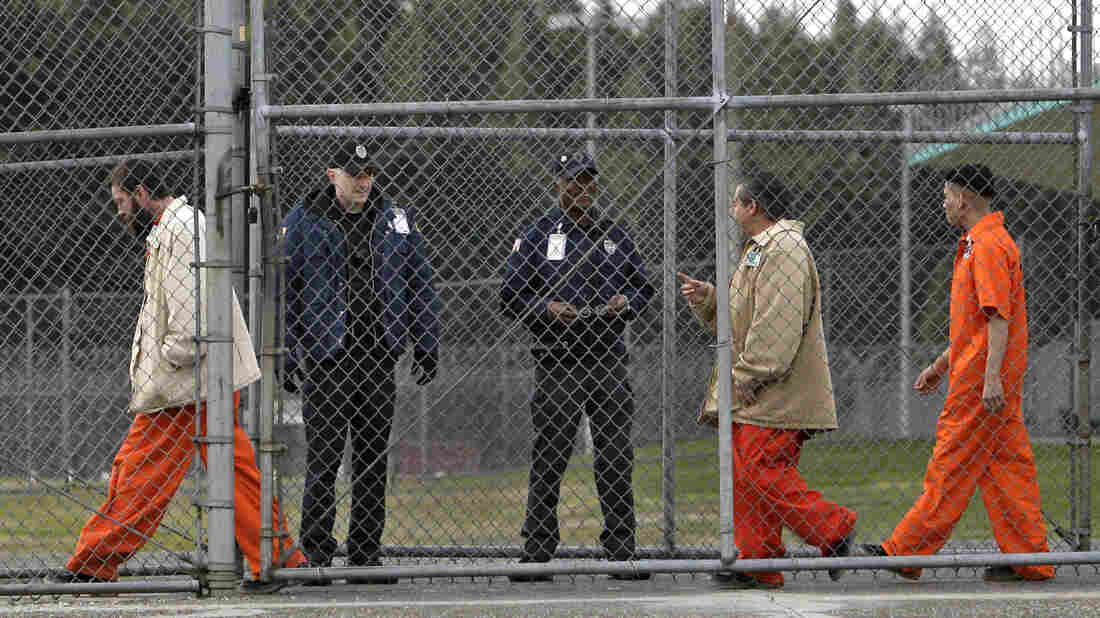 Inmates walk past correctional officers at the Washington Corrections Center in Shelton, Wash., on Feb. 17, 2011. Gov. Jay Inslee said last month that more than 3,000 prisoners in Washington have been mistakenly released early since 2002 because of an error by the state's Department of Corrections. Elaine Thompson/AP hide caption 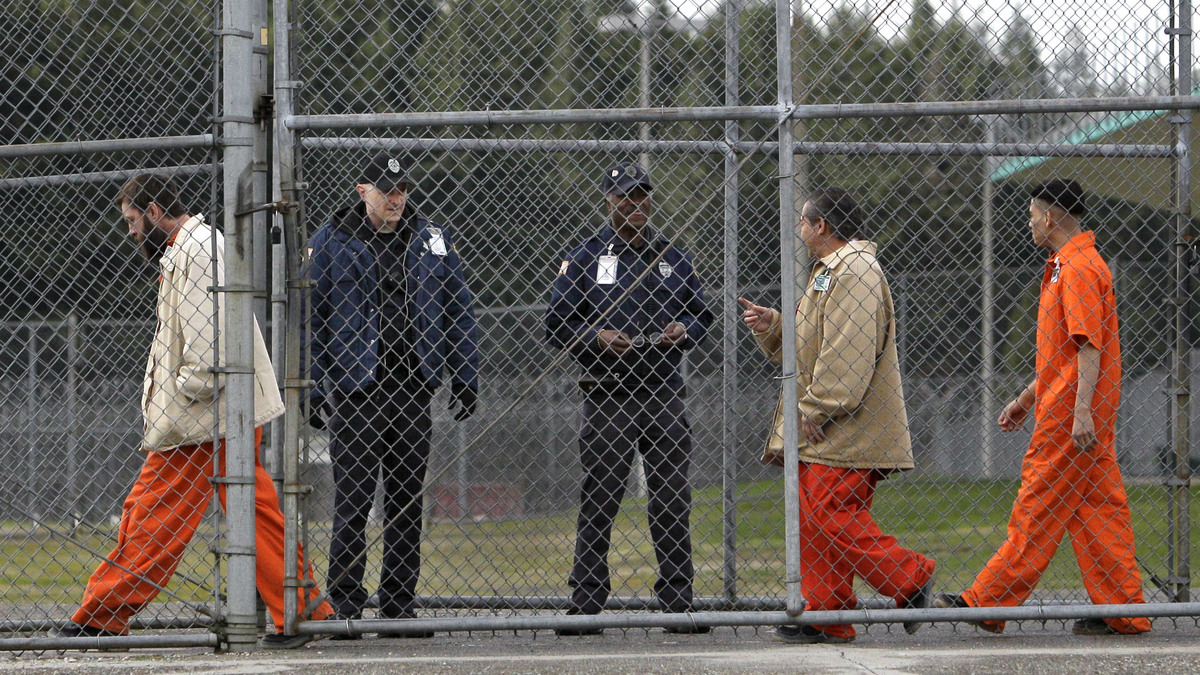 Inmates walk past correctional officers at the Washington Corrections Center in Shelton, Wash., on Feb. 17, 2011. Gov. Jay Inslee said last month that more than 3,000 prisoners in Washington have been mistakenly released early since 2002 because of an error by the state's Department of Corrections.

Washington state has released an estimated 3,200 convicted felons early — but not due to sentencing reform. State officials say the early releases have been happening by accident for more than 12 years because of a software glitch.

"Approximately 3 percent of all released inmates since 2002 were released earlier than allowed by law," said Nick Brown, the governor's general counsel, talking about a flaw in the software Washington state uses to calculate prison sentences.

He said the problem was first flagged three years ago, when a crime victim's family was notified the perpetrator was about to get out — early.

"The family did its own calculation, determined that the offender was getting out earlier than the court had ordered, and contacted the department to ask why this was happening," Brown said.

It turns out the department of correction's software was improperly giving some inmates credit for good behavior. Even though the problem was discovered in 2012, the department repeatedly delayed fixing the software, until Gov. Jay Inslee says the problem finally came to his attention last month. He disclosed the problem to the media in a press conference shortly before Christmas.

"That this problem was allowed to continue to exist for 13 years is deeply disappointing, it is totally unacceptable, and frankly, it is maddening," Inslee says.

Washington state officials are now in full damage-control mode. Until the software is fixed, they say no one will be released without a "hand-calculation" of the release date. They say convicts who got out early got out on average less than two months before the correct date.

Still, Brown, the general counsel, acknowledged last week that some of those people probably committed crimes during that time they were supposed to be in prison.

"What we know is based on the law of averages," he said. "Approximately 10 percent of all inmates who are released from prison commit some new offense in the first year of their release."

And sure enough, since last week, the Washington state Department of Corrections has been collecting the bad news. One convict has been charged with committing vehicular homicide after his early release; another is charged with first-degree murder.

In a conference call Thursday, Dan Pacholke, the state's secretary of corrections, said the state is still digging into what crimes may have been committed by ex-cons in the period of time they should have still been in prison.

"I'm very concerned about what we will uncover as we move forward. There's likely to be more crime that has been committed during that window, but I can't really speculate on the numbers," Pacholke said. "But it concerns me deeply ... the tragedy that is being produced based on early release."

The state is now rounding people up. Convicts who were mistakenly released years ago and have stayed out of trouble don't have to worry about going back to prison, because the state will credit the days they've been out and on good behavior toward the unserved balance of their sentences.

But people who've been released more recently and still owe time are being taken back into custody. A spokesman for the department of corrections says some of those people have voluntarily reported in; those who aren't immediately located will have warrants issued for their arrest.