Accessibility links
Lead Poisoning In Michigan Highlights Aging Water Systems Nationwide The U.S. is losing 15 percent of its drinking water to leaks in its deteriorating water systems, some of which rely on 100-year-old pipes, says Robert Puentes of the Brookings Institution. 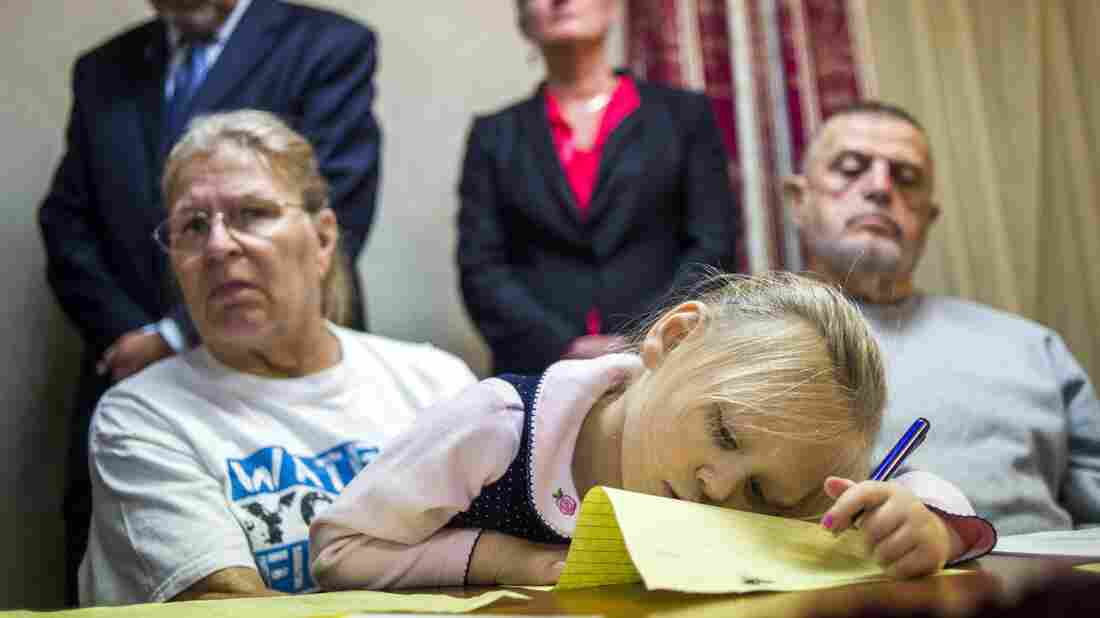 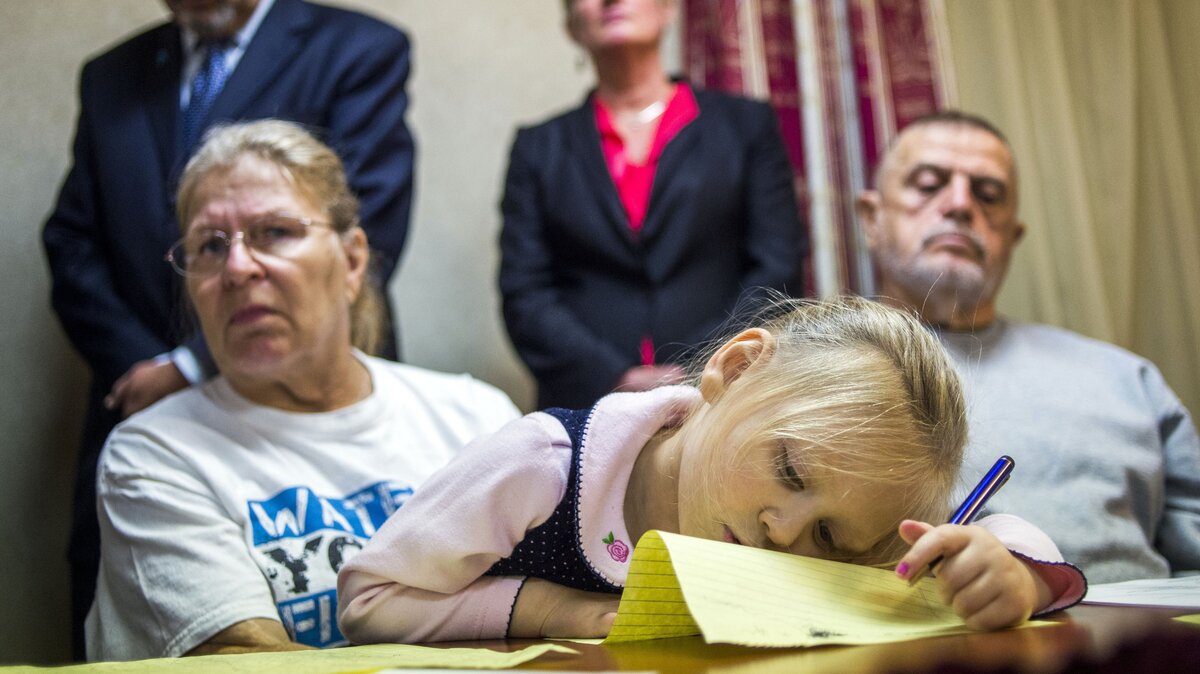 Flint, Mich., resident Jacqueline Pemberton holds her granddaughter at a press conference announcing a lawsuit against government officials in November. Pemberton is one of six plaintiffs claiming that officials violated constitutional rights by providing lead-tainted water to residents.

Gov. Rick Snyder of Michigan apologized this week for how the water crisis in Flint has been handled. Residents there were exposed water with high levels of lead for months after the city switched water suppliers. The city has since switched back to the Detroit water system.

Snyder also said the state has to learn from Flint, as many other cities in Michigan also have an aging infrastructure.

Robert Puentes, director of the Metropolitan Infrastructure Initiative at the Brookings Institution, tells NPR's Scott Simon that the problem of aging water systems plagues many suburbs and smaller cities in the United States.

On the scope of our water infrastructure problem

It can be a really challenging. The one big problem that we have now: We have a quarter-million water mains that break every single year in this country. We waste about 15 percent of our drinking water — about 2 trillion gallons are wasted just from leaks in the existing system.

On whether other cities are vulnerable to these issues

So there's a lot of places that are starting to do this, but again, we've got a long way to go, and we've got to start putting more urgency behind this.

Warren, Mich., just recently as 2008, had to declare basically a state of emergency — to bring in consultants to expedite the repairs on the water infrastructure there, because they were just having too many water main breaks.

So this is not a unique problem to Flint. Flint has its own unique challenges for lots of different reasons, but this is something that — particularly in the Northeast and the Midwest — we've got to give more attention to.

On how and why water systems are neglected

I think the water infrastructure we have in this country is seriously neglected. ... It does live in this different world, where it's so intrinsic, but given the fact that it's buried, it's literally underground, it's easy to ignore.

Some of these systems were built a hundred years ago. Some of the pipes are made out of wood. Some of them were built the times when metropolitan areas were expanding and decentralizing. And we just need to reinvest in these existing systems.

It's so intrinsic, and folks expect that we're going to have clean, fresh water anytime we turn on the tap — but unless we do something very, very soon, that may not be the case in many communities for much longer.

On paying for upgrades

We've got to figure out different ways that we can raise the revenue to invest in the system, and do it in a way that doesn't impact the most vulnerable households.

We know that things like, in Los Angeles, that the rich households get a lot of attention for the water they're wasting during the drought out there. But in places like Milwaukee there have been studies that show that, because low-income households can't invest in new efficiency systems — in upgrading their own household water systems — they wind up paying more because they're wasting more water, just because the systems are older.

So we've got to make sure that, while we're raising this revenue, that it doesn't impact low-income households disproportionately hard.