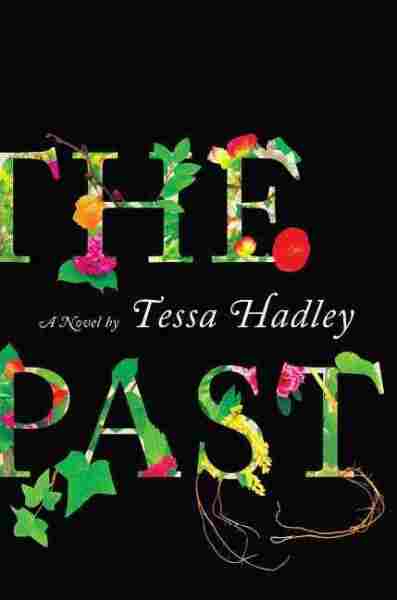 Title
The Past
Author
Tessa Hadley

Three sisters — and their brother — converge on their late grandparents' dilapidated cottage for what's likely to be a valedictory summer holiday together as they decide the old homestead's fate. Yes, Tessa Hadley's sixth novel is unabashedly Chekhovian. But The Past also channels those delicious English country house dramas in which characters thrown together under one roof unpack some of the psychological baggage they tote everywhere, airing out old resentments, disappointments, secrets and affinities.

As she's demonstrated in numerous New Yorker short stories and novels such as Clever Girl and The London Train, Hadley brings a keen intelligence and emotional acuity to domestic fiction. She's interested in the fissures and fusions in families, the challenges of marriage and children, and the interplay between memory and inheritance. A quietly observant writer, she lavishes her most shimmering prose on the natural world, which she captures in its many moods, sounds and smells. In the nearby church, where the siblings' grandfather preached for 40 years, "Light, with a ripple in it like water, quavered through the clear glass in the windows, tinged green from the trees outside."

The 200-year-old Somerset rectory roof under which the Crane family gathers happens to be a leaky one, so their reunion is awash in both memories and damp puddles. Over the course of three mainly sodden weeks, the middle-aged siblings revisit the physical terrain of their freewheeling rambles through local fields and woods and the psychological terrain of their childhood, spent with their grandparents after their mother's death from cancer. Not a whole lot happens, yet they all emerge from the holiday changed.

Two outsiders subtly disrupt the familiar sibling dynamics. Second-born Roland, a pop philosopher, is the only one who brings a spouse; his new third wife, Pilar, is an intimidatingly polished, self-assured Argentine lawyer who doesn't fit "their well-worn family forms." The whimsical, pretty middle sister, Alice, a failed actress, brings an even less appropriate interloper — Kasim, the calculating 20-year-old son of one of her ex-boyfriends.

The narrative toggles between the frequently alarming activities of the youngest sister's unsupervised small children and the adults, who are preoccupied with meals, memories, nagging yearnings and vague disappointments with lives that sometimes feel as threadbare as their grandparents' furniture. While the alluring Pilar becomes a magnet for the stolid, lonely oldest sister, Kasim serves as insouciant pied-piper to the children, who become over-eager attendants to his budding relationship with Roland's teenage daughter from his first marriage. Hadley has an almost scary bead on the blithe subversiveness of children and adolescents.

In The London Train, two seemingly disconnected stories hinged on a crucial meeting point on the eponymous railroad. Hadley pulls off another clever — though less tricky — structural maneuver in The Past, sandwiching a flashback to 1968 between two sections set in the present. The contemporary chapters are so overlaid with memories that the very notion of time becomes somewhat misty. Yet the extended flashback in the middle of the book, which involves a frequent theme in Hadley's fiction — a young wife running back home from an unhappy marriage — adds another layer of intrigue to the novel, subtly showing how even the unknown, unremembered past can reverberate in the present.

Like A.R. Gurney's iconic dining room and Alan Ayckbourn's gardens, an abandoned nearby cottage plays a key role in all three sections of the novel. This derelict building, clinging precariously to a cliff over a stream — much as the sisters cling to their grandparents' "cranky old house" — becomes a silent witness to numerous family dramas: a love nest for multiple generations, a haunted playhouse for children, and a nexus for lost innocence.

It also figures prominently in the novel's stirring midsummer night's dream of a climax, which features various family members wandering in search of each other through the dark woods. With wry compassion, Hadley quarries not just "the sheer irritation and perplexity of family coexistence" but its magic as well — "the love and attachment which were nonetheless intense and enduring when they were apart." Flecked with insights into the weight and bonds of shared memories, The Past glitters.