Accessibility links
As Technology Advances, Reservoir Caretakers Remain Relevant When it comes to dam safety, human eyes are still one of the best tools to recognize problems — so in some areas, workers live in remote locations to watch over the water supply. 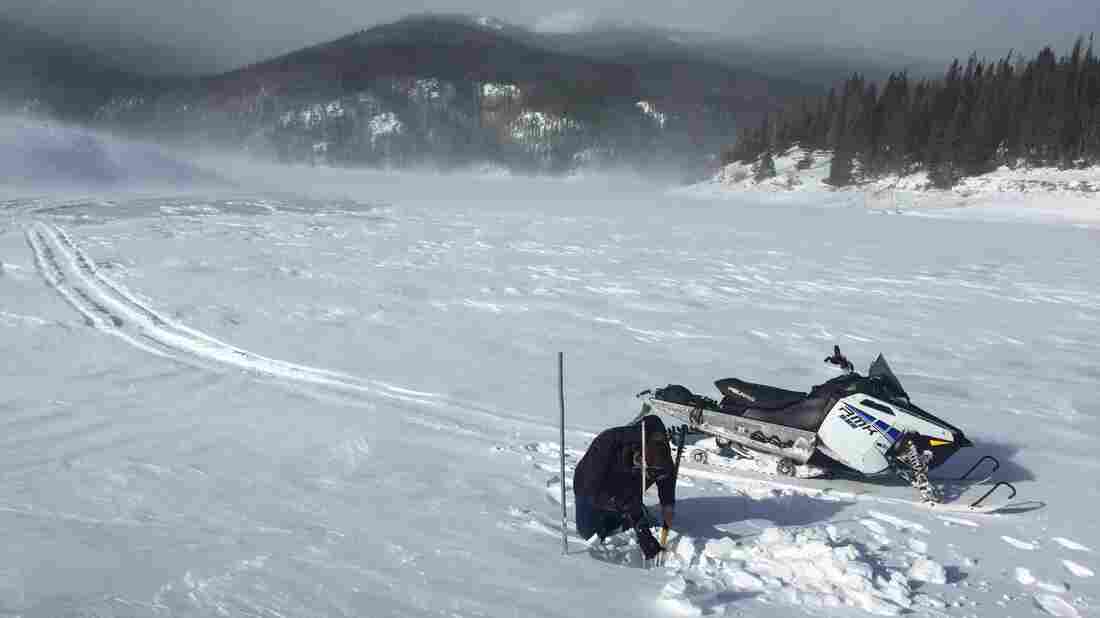 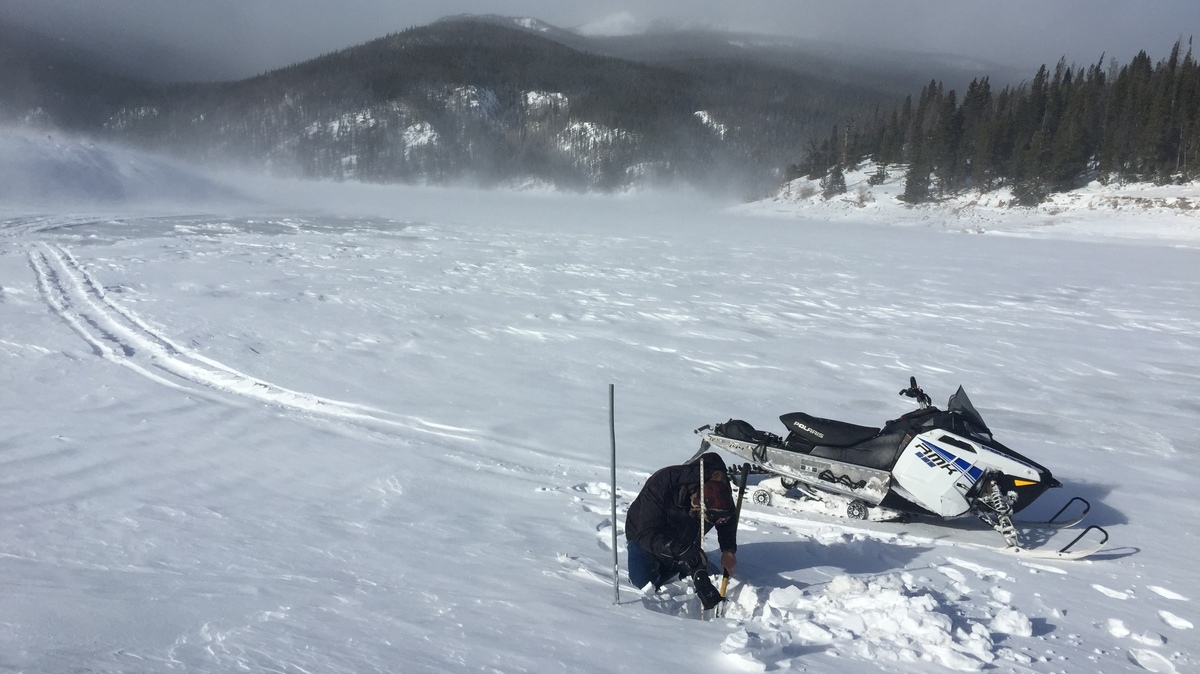 As technology advances, many industries are being disrupted by increased automation. But when it comes to managing and protecting the water supply, there are many tasks that still require a combination of people and technology.

That's where reservoir caretakers come in. Some cities and counties employ these workers to live in remote locations and watch over the water supply.

Doug Billingsley is one of those caretakers. While lots of us start our workday staring at a computer screen, his typical day begins with a snowmobile ride that feels like a bucking bronco. By snowmobile, snowshoe or foot, he looks after about a half-dozen northern Colorado reservoirs that feed the city of Greeley's water supply. He does it multiple times a week. And he's done the job for two decades.

Today Billingsley digs through snow at Barnes Meadow Reservoir to make sure the water levels are holding steady. Next, it's time to take a look at the nearby dam.

Billingsley explains what he looks for. "Do I see any bulges? Do I see any rises, do I see any dips — anything out of the ordinary? Because I know what the dam is supposed to look like, summer and winter." 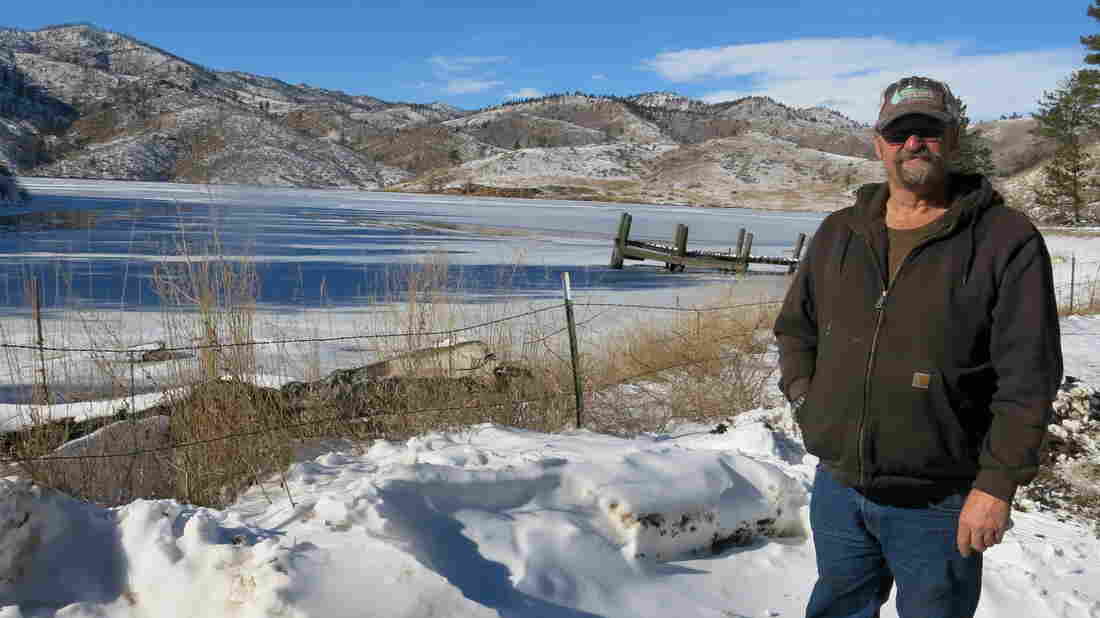 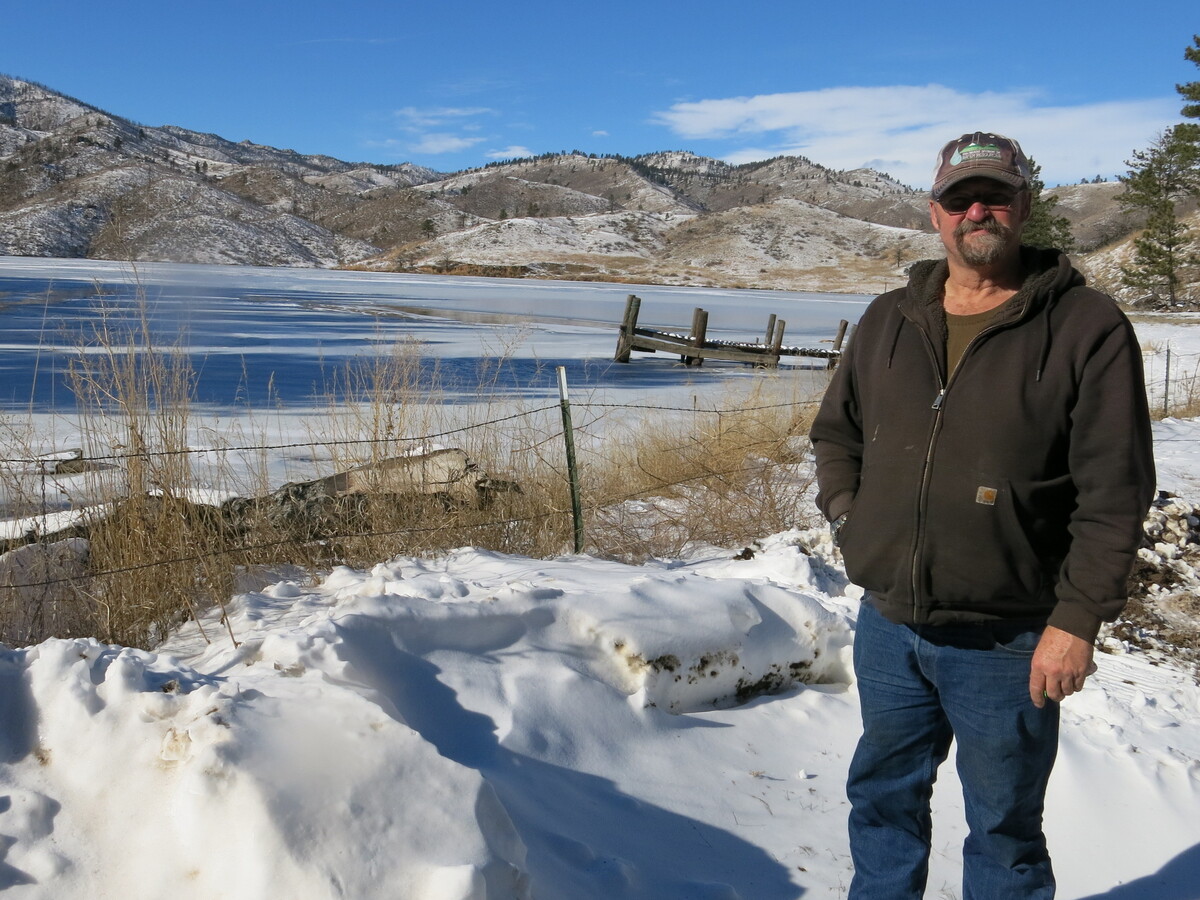 When it comes to dam safety, human eyes are still one of the best tools to recognize problems, according to Bill McCormick, the dam safety chief for Colorado. Take for example an earthen dam, a type of dam made with compacted earth. Automated tools monitor water seepage; small amounts are common. But if new seepage starts in another location, automated sensors can't catch that problem.

"The caretaker can help see those things, they can determine the appropriate action, and they can prevent a small situation like that from ever becoming an emergency," McCormick says.

Today, water managers have a lot of automated tools to help out. Some dams can even operate remotely, like those managed by the Bureau of Reclamation.

But sometimes that equipment is old, like that at the Hetch Hetchy Reservoir in California, which is a key water source for the San Francisco Bay Area. Much of the equipment there is from the 1920s and 1930s, when the reservoir was built inside Yosemite National Park.

From 2002: The Last Civilian Lighthouse Keeper

From 2006: A Summer Ritual: All Along the Fire Tower

A Summer Ritual: All Along the Fire Tower

"That's one reason why I think a watershed keeper will be here," says Michael Royce, who keeps watch over the reservoir. "It really takes a lot of experience and practice with each valve."

And it's not just technical know-how. Many caretakers say the job also requires diplomacy and people skills. Royce fields questions about the controversy surrounding Hetch Hetchy Reservoir — some environmental groups want to remove the dam there.

For Doug Billingsley, the job has become a calling. In order to watch over a reservoir, he didn't evacuate during a significant 2012 wildfire. He stayed put during the 2013 floods to make sure the dams held for the city of Greeley — which they did.

"They're trusting me to take care of the city's assets. And I'm up here enjoying life," he says. "I'm by myself 90 percent of the time. I'm out here in nature. I talk to myself and nobody judges me. It's great."

Billingsley's job may shift in the coming decades with technology. But many water managers believe the caretaker's role won't disappear completely. That's because some reservoirs are too remote.

And water is just too important for there not to be eyes on the ground.