Accessibility links
Over 10 Years, 2 Filmmakers Documented The 'Making' Of A Murderer Moira Demos and Laura Ricciardi were film students when they started working on their 10-part Netflix series about Steven Avery. "We had no money, but what we did have was time," Demos says. 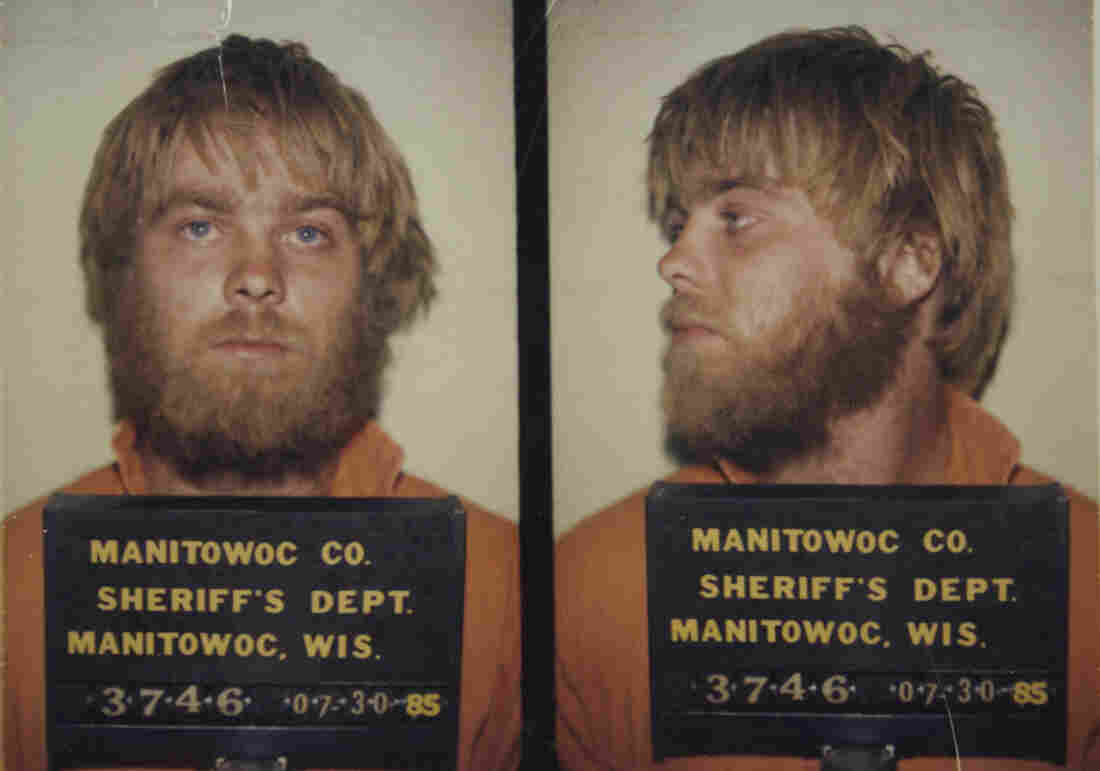 Steven Avery served 18 years in prison for sexual assault. He was exonerated by DNA evidence in 2003. Netflix hide caption

The era of the real-life whodunit series is upon us. The podcast Serial first attracted legions of listeners drawn to the question of whether a young man should have been put in prison for the murder of his former high school girlfriend. HBO's documentary The Jinx focused on a trail of murdered and missing intimates of a troubled scion of a wealthy family.

Now, there's the new Netflix series, Making a Murderer, about a man named Steven Avery. In 2003, after 18 years in prison, DNA evidence proved Avery didn't commit the brutal sexual assault he'd been accused of. Avery was freed, and it appeared that a long injustice had finally come to end.

In the 10 years Moira Demos and Laura Ricciardi spent making this 10-part series, they came to know Avery and his world in rural Manitowoc County, Wis.

"This is a part of the country that's dominated by dairy farms, and his family ran the junkyard," Demos tells NPR's Renee Montagne. "He grew up working on his family's salvage yard, he did not graduate high school. ... They were sort of the marginalized folk from the wrong side of the tracks." 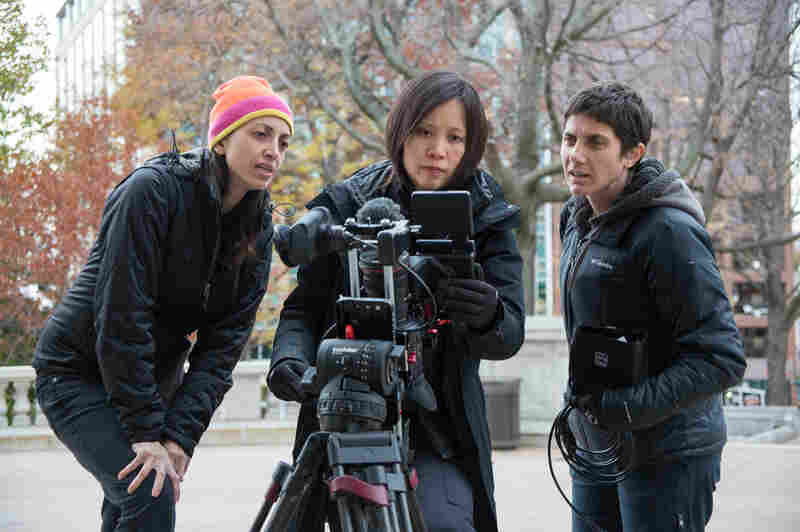 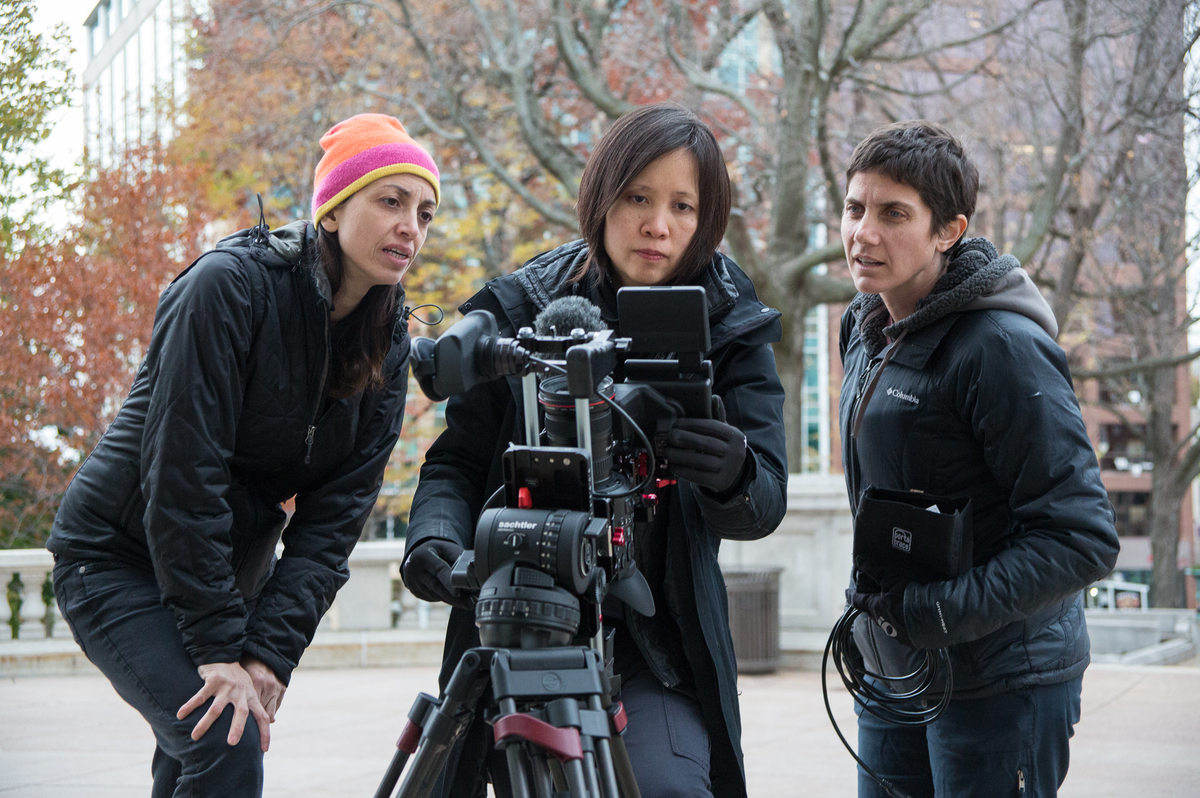 Filmmakers Laura Ricciardi (left) and Moira Demos (right) work alongside Iris Ng on the set of Making a Murderer.

As a teenager, Demos says, Avery made a series of bad choices — for example, burglarizing a local tavern with his friends. "These are felonies, but when you look at the actual report, it's about breaking in and making a cheese sandwich and stealing some beer," Demos says.

But the accusations against Avery were about to get much more serious. A feud with his own cousin escalated to the point that she was spreading nasty and humiliating rumors about him. Avery had had enough, and one night he ran her off a country road and pointed a gun at her. He says the gun wasn't loaded, but she was the wrong person to intimidate. "She was married to a sheriff's deputy, and there's certainly a line that he crossed there, that it became personal," Demos says.

Not long after, a prominent woman in the town was sexually attacked and badly beaten while jogging along the lake. Avery was arrested just hours later. The documentary follows in great detail how detectives went about making the charges stick, even ignoring the suggestion by one officer that a known violent sex offender was responsible.

When Avery was exonerated by DNA evidence in 2003, he returned home to a crush of cameras and a family who always believed he was innocent. A series of damning news reports detailed how Avery had been railroaded, and he sued the county sheriff's department.

Ducat was right. One of the most compelling elements of the series is how quickly Avery goes from being a local celebrity for his long-overdue release to someone who — just two years later — goes on trial for a grisly murder.

"We read the New York Times headline 'Freed by DNA, Now Charged in New Crime' and immediately we recognized this as an unprecedented story," Demos says. "But what we really recognized in Steven's story was this valuable window through which to look at our system."

On parallels between the first and second case

Ricciardi: We were trying really to explore the extent to which history might have been repeating itself here. Steven in the first case was arrested the very same day the victim was attacked, in just a matter of hours. ... He had a pretty ironclad alibi — he was accounted for every minute of the day before the victim was attacked all the way through the time that law enforcement arrives at his house to arrest him.

So there was an interesting parallel between the arc of the first case and the arc of the second case and how law enforcement arguably handled both cases. And that got back to our original question of: Has the system evolved, and, if it has evolved, is anything now in place that wasn't 20 years prior to stop a wrongful conviction from occurring?

Ricciardi: The way we reached out to potential subjects was to write letters to them. Letters of introduction to tell them why we thought they would have a valuable place in the story. We were really interested in hearing people's firsthand accounts.

We were graduate film students at the time we started this, and we had no money, but what we did have was time. So we moved to Wisconsin. We lived there for nearly two years.

Demos: We were graduate film students at the time we started this, and we had no money, but what we did have was time. So we moved to Wisconsin. We lived there for nearly two years. So, you know, we were on the ground, there to cover anything that was happening, but also there to do research and to build relationships.

On whether they think Avery is innocent

Ricciardi: My opinion is: We don't know. There were so many questions about the quality of the investigation itself here. There was a glaring conflict of interest in this particular case, as we talked about earlier: Steven Avery had a $36 million lawsuit pending against ... this county and former members of law enforcement. And here he was, back in the same system, charged with a serious crime.

Demos: One of the things I learned from making this film is — through all of this and all of these different points of view — the humility to accept that I don't know. And what seems more important to me is to be able to trust the process.