Accessibility links
In Tight Iowa Race, Ted Cruz Is Counting On Evangelical Voters Republican presidential candidate Ted Cruz is barnstorming across Iowa, where his appeal to evangelical voters is making him a threat to GOP front-runner Donald Trump in the first caucus state. 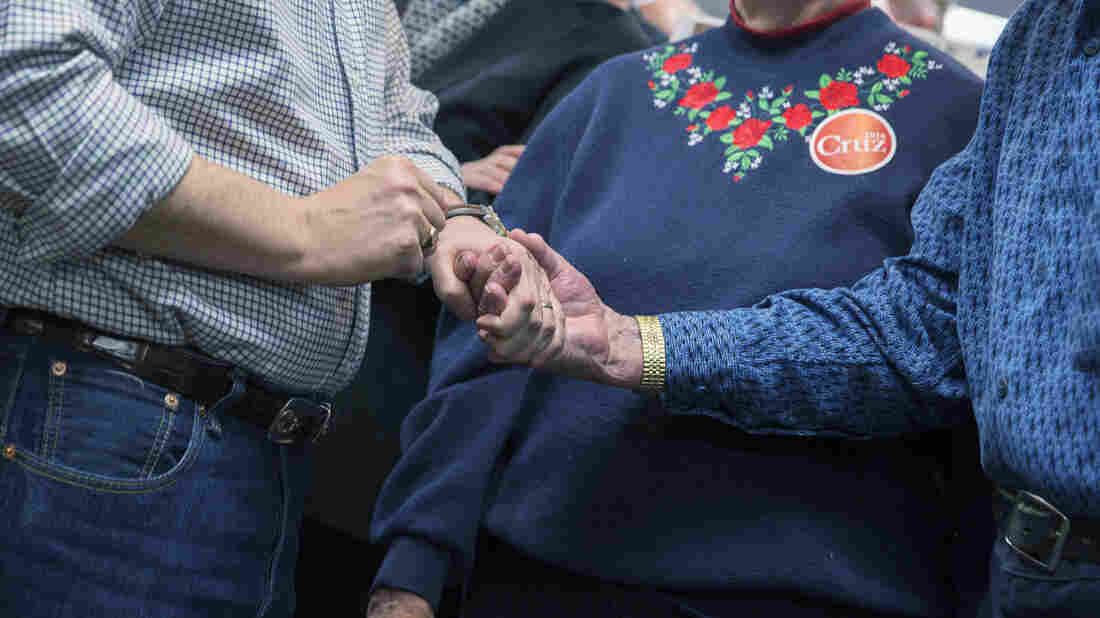 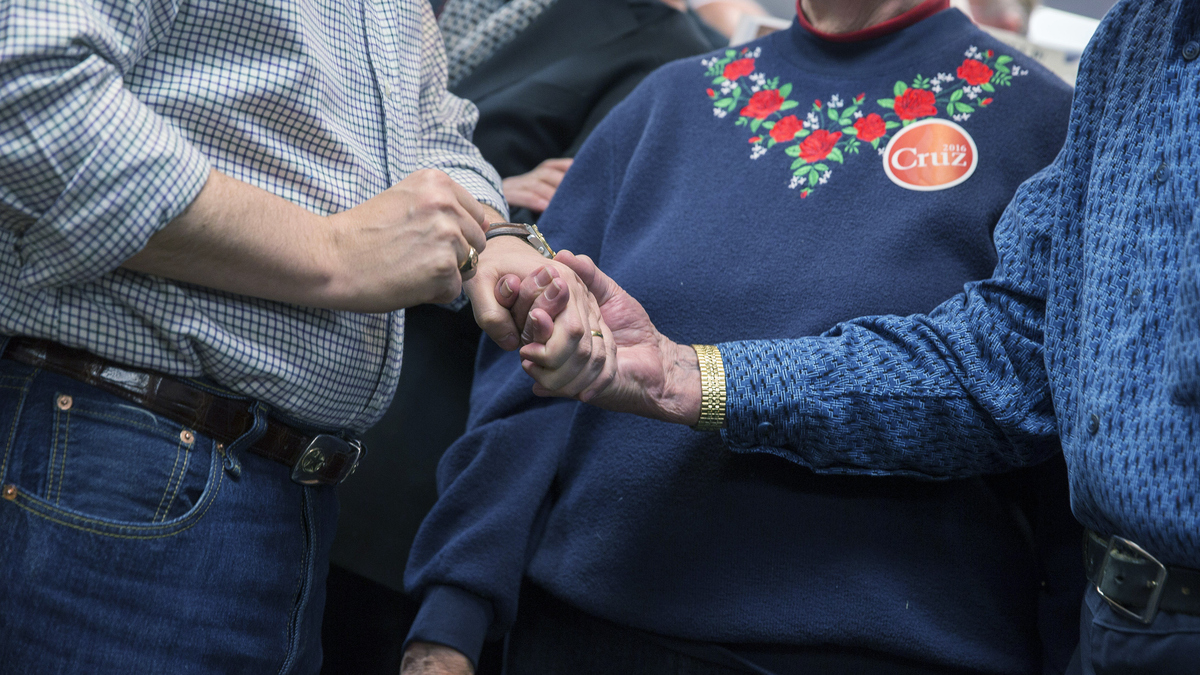 At the kickoff of a six-day campaign swing through Iowa, there's no mistaking which voters Ted Cruz is trying to reach — evangelicals.

King's Christian Bookstore in Boone was the first of 28 stops this week. Before he began his pitch, he cited Scripture he saw on the wall.

"I was looking up and seeing Joshua 24:15 on the wall: 'Choose you this day whom you will serve. As for me and my house, we will serve the Lord.' "

I don't wanna die without seeing a damn conservative in the White House.

Cruz is campaigning across Iowa in a bus tour focused on organizing and inspiring the state's influential evangelical voters. More than half of Iowa's Republican caucusgoers are conservative Christians, and a Cruz victory here hinges on his ability to win their support. So Cruz is here asking Republicans to vote for him in the caucuses next month. And at each and every campaign stop he also asks them to pray.

The calculation is simple, says Bob Vander Plaats, the most prominent evangelical voice in Iowa politics. Cruz wins Iowa, he said, and then "once we launch him out of Iowa, he's not going to flame out. He's actually going to propel further, and with the resources behind him he could be the nominee." 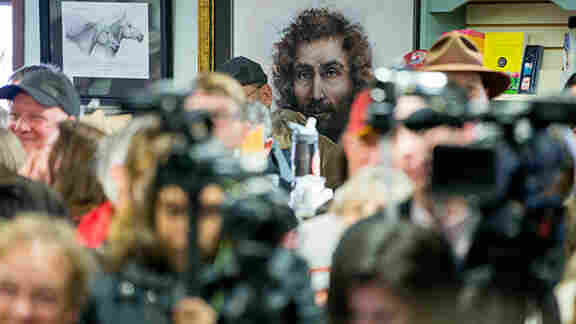 A large painting of Jesus is displayed in the back of the room at King's, where Cruz spoke. Andrew Harnik/AP hide caption 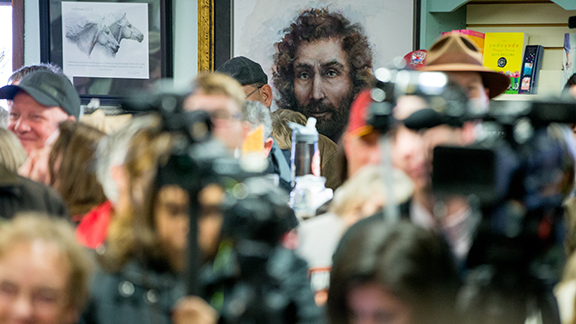 A large painting of Jesus is displayed in the back of the room at King's, where Cruz spoke.

And that's what Iowa's evangelical voters want the most in 2016: a winner.

They are tired of picking Christian conservative candidates who flame out in later contests, like Mike Huckabee in 2008 and Rick Santorum in 2012.

Doc Ennenberg, a retired doctor, is 86 and has been a caucus organizer since 1964. He waited for Cruz Monday at a steakhouse in the town of Carroll to give him this warning:

"You better make it. ... I don't wanna die without seeing a damn conservative in the White House."

Cruz isn't just asking for their votes. He's trying to fire up evangelicals, first here in Iowa — but with an eye on upcoming states like South Carolina and the big block of Southern states that vote on March 1, Super Tuesday.

Cruz says in recent elections, evangelicals haven't done enough to propel a conservative like himself to the White House.

"Look, we allow nonbelievers to elect to our leaders. We shouldn't be surprised when our government doesn't reflect our values," he said Monday night in Winterset. "We have to bring back to the polls the millions of conservatives that stayed home. We have to awaken and energize the body of Christ."

His message worked for 44-year-old Michele Jones. She sat in the front row, with her granddaughter on her lap, at a cafe in Guthrie. She first saw Cruz speak in Texas during his 2012 Senate campaign, and this is the first time she's ever volunteered for any campaign.

"I said, 'Someday this man is going to run for president and when he does I'm going to campaign.' "

On stage in Winterset Monday night, where a Christian bluegrass band played, Cruz got a big public endorsement from the iconic Christian broadcaster James Dobson.

Cruz may be inching ahead in the polls here but he's taking nothing for granted. He has organized more than 6,000 grass-roots volunteers in Iowa.

Asked how many he thought would turn out, veteran caucus organizer Ennenberg answered, "God only knows."

For Cruz to win Iowa, it's a question of organization — and faith.