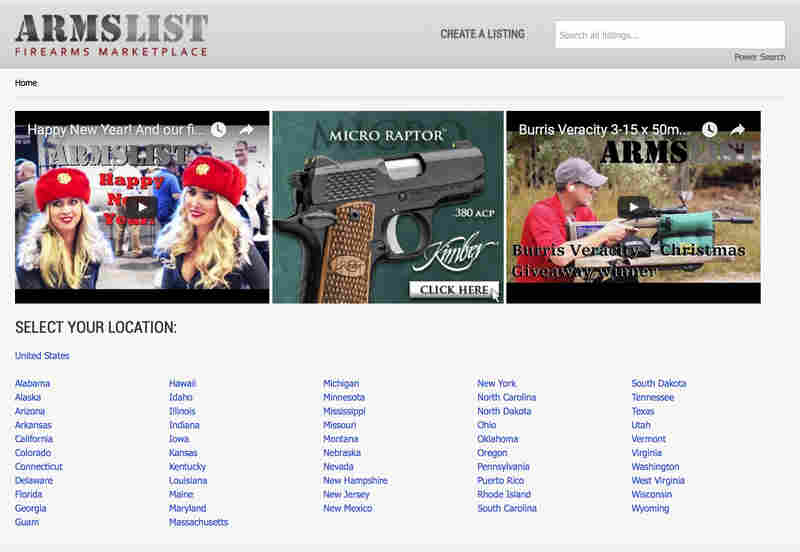 A screen shot of Armstlist.com, a website where you can buy and sell guns online. Via Armslist.com hide caption 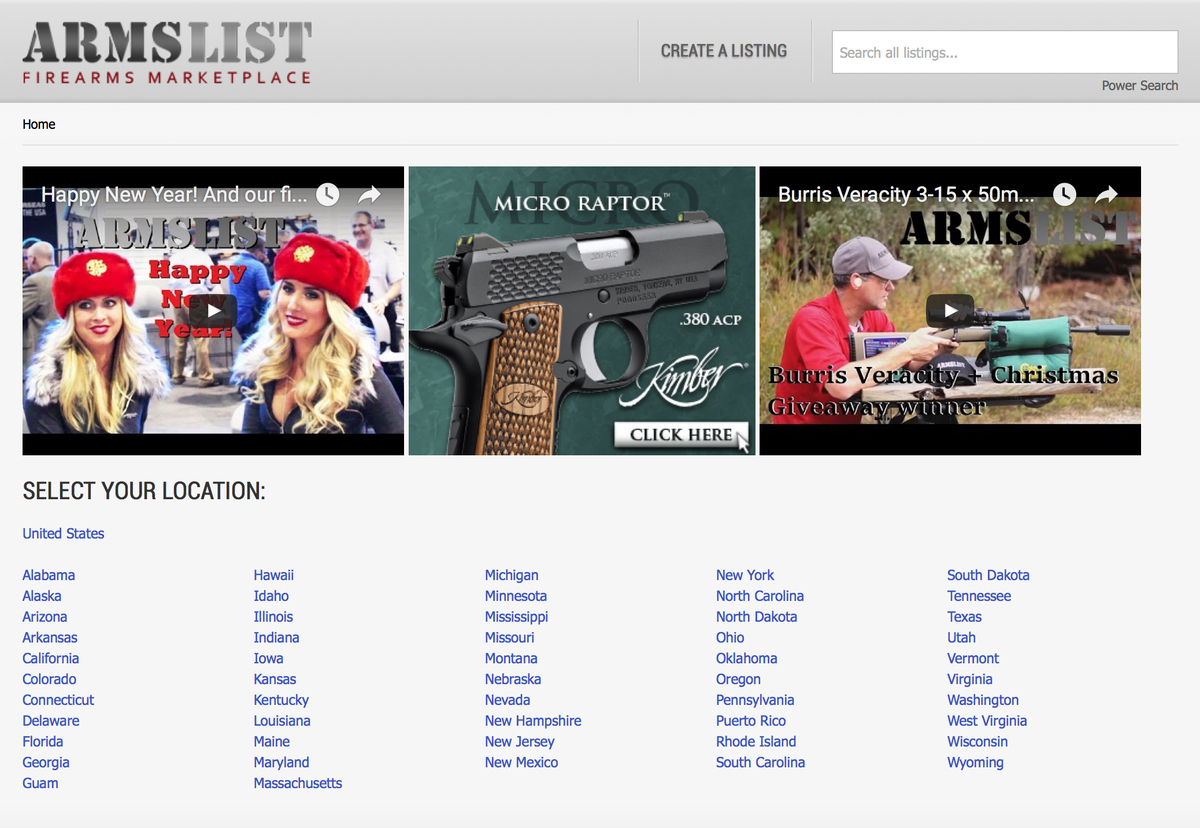 A screen shot of Armstlist.com, a website where you can buy and sell guns online.

On any given day, there are tens of thousands of guns listed for sale on the Internet. President Obama announced this week that he is expanding criminal background checks into the vibrant online market.

The president's supporters say his executive action will help close a major loophole in existing gun laws. But gun rights advocates called Obama's move an overreach and questioned whether it would help prevent shootings.

If you want to buy a gun online, it already takes a lot more than a single click. When licensed gun dealers sell online, they're required to perform background checks. And they have to ship to another licensed dealer. But sales between individuals are treated differently. In more than 30 states, private sellers are not required to run background checks.

"You have to go meet them like you buy a dresser on Craigslist, and exchange the money," says Lanae Erickson Hatalsky, a vice president at Third Way, a Washington, D.C., think tank, which studied the online gun market Armslist.com during the summer of 2013. Think Craigslist, but for guns. Hatalsky says there are licensed gun dealers on the site. But they're far outnumbered by private sellers.

In Live Address, Obama Takes His Plan For Gun Control To The Public

"There are people who are selling 20 guns at one particular moment in a state," Hatalsky says, "or people selling who were selling five guns, and then the next day would list more. There were are lot of folks who were clearly using this as a source of income, and a way to connect frequently with people they wanted to sell guns to."

The president's executive action aims to force those people to register as gun dealers by clarifying the existing federal law about who exactly is "engaged in the business" of selling firearms.

"It doesn't matter whether you're doing it over the Internet, or at a gun show," Obama said Tuesday. "It's not where you do it, but what you do."

The president's order may have limited impact in states that already require background checks for nearly all gun sales. That's the case in New York. But Manhattan District Attorney Cyrus Vance says the White House's actions could help curb the flow of illegal guns into states like his.

"In New York state, for example, they are not going to have direct impact in any big sense," says Vance, who is also co-chairman of the group Prosecutors Against Gun Violence. "But the lax gun control and background checks from other states enables people to buy guns and then bring them to New York. Nine out of 10 guns that are involved in crimes of violence in New York come from out of state."

"The average person that commits an unintentional violation, who decides to buy a gun, or to sell a firearm," Stolfer says, "and somebody says to him, 'Oh yeah, man, you can sell it online.' He goes over and he does it. And it's a sting operation."

In a statement, Jonathan Gibbon, the co-founder of Armslist.com, called the president's action "well-meaning but ultimately ineffective." But at least one of the site's users says he is OK with more background checks.

"I think it's crazy that a criminal can reply to an ad on Armslist and say, 'Hey, I'm interested in your gun.' And they can walk away with a gun," says Kyle Ecklund of Ohio. The 26-year-old schoolteacher says he has bought and sold several guns on the site — always legally, to another Ohio resident, face to face. But without a background check.

The question is whether Washington is willing to make the same compromise.