For 2 Men, A Search For 'Treasure'

For 2 Men, A Search For 'Treasure' 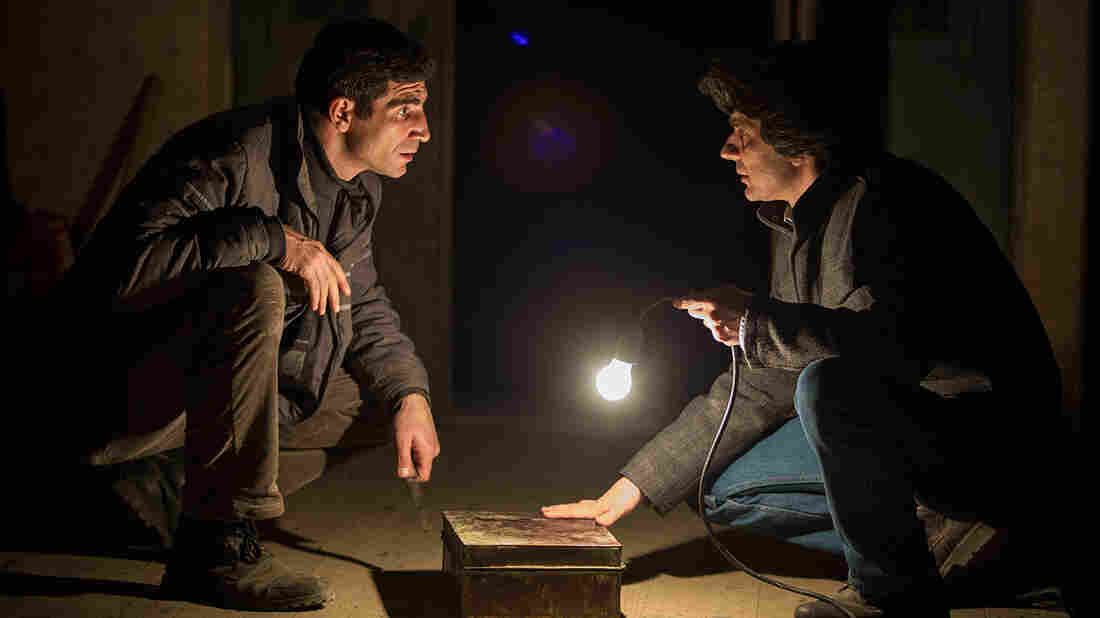 Cuzin Toma and Adrian Purcarescu in a scene from The Treasure. Adi Marineci/Courtesy of FilmArti hide caption 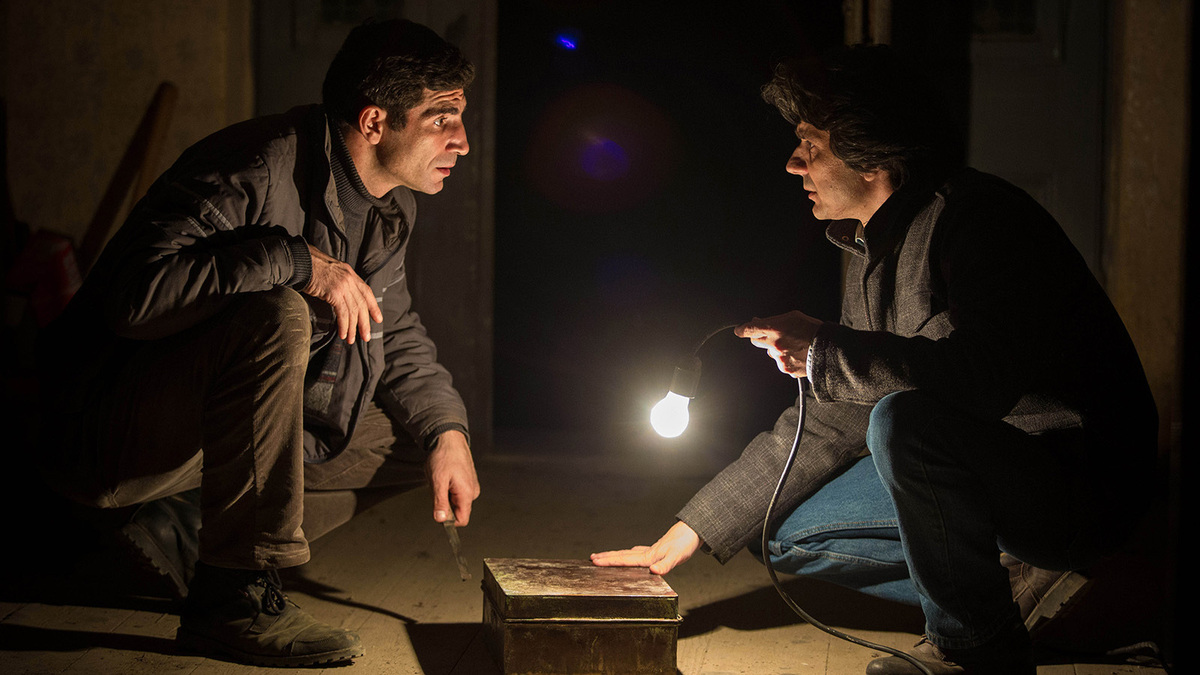 Cuzin Toma and Adrian Purcarescu in a scene from The Treasure.

One day, late to pick up his 6-year-old from school, a low-level Bucharest civil servant attempts to distract the boy with a reference to their mutual hero, Robin Hood. "You're not Robin Hood," the kid (Nicodim Toma) tells his dad, Costi (Cuzin Toma).

Is that a dare? Maybe not to Costi, but certainly to writer-director Corneliu Porumboiu. He spins The Treasure into an adventure tale, albeit one that's short on adventure. This charmer is determinedly mundane and low-key, until an unexpected finale transforms it.

The bulk of the movie takes place in a country easily recognized by followers of the Romanian new wave, whose most celebrated films include Porumboiu's own Police, Adjective. It's a land of paltry dreams, and bureaucrats who exist to thwart even them. It's also a nation where everyone seems to have one foot planted in the past, and the travails of Communism feel more vivid than anything that's happened since Nicolae Ceausescu's 1989 fall.

That evening, Costi is reading to his son about Robin Hood when a neighbor arrives. Adrian (Adrian Purcarescu) is unemployed and burdened by a mortgage he can't pay. He asks to borrow money, which Costi says he doesn't have. Then Adrian makes a counteroffer: He and Costi can split his family's buried treasure 50-50, if Costi pays to rent a metal detector. The alleged riches were hidden just before the Communists took power, and Adrian has no evidence that they actually exist.

This is not the most compelling of propositions, but Costi accepts it.

It will eventually lead to a sequence of deadpan slapstick, as the two men and a metal-detector operator (Corneliu Cozmei) survey the dirt at a rural garden owned by Adrian's family. The detector whines at every scrap of metal, each bleat a potential frustration — but also a possible bonanza.

Everyone notes that the property is near Islaz, where in 1848 a sort of Romanian Magna Carta was proclaimed. Stick a shovel into the country's dirt, and it's likely to hit politics.

Except for Toma, the principal cast members are nonprofessionals who were chosen for actual connections to the story: Cozmei is a genuine metal-detector operator, and Purcarescu really did dig for an ancestor's buried loot. The movie is unsweetened by music until its final moment, which makes a brief but electric stylistic leap.

The pace is deliberate, often real-time, and the individual shots long, simulating everyday life both for its own sake and as a contrast to the final twist (or two). Like his fellow Romanian directors, Porumboiu is no hurry to get to the climax, anticlimactic as it may be.

First, Costi must negotiate a labyrinth of regulations, as well as the separate rules that govern clandestine commerce. Sometimes, he learns, it's easier to lie — even when the truth is less strange than the fiction. Romania may no longer be a dictatorship, but every boss, clerk, and police officer is a little tyrant.

One likely outcome would be that the two men will indeed unearth a fortune, only to have it confiscated by the government as part of the country's patrimony. (They've been warned about that possibility.) But then there are so many ways The Treasure could end in disappointment for Costi and Adrian.

Yet perhaps the men will experience some movie magic. And The Treasure will have as much to do with Robin Hood as with the Romanian national character.