Accessibility links
Don't Overlook Third Place In Iowa. Jeb Bush And Marco Rubio Sure Aren't With Ted Cruz and Donald Trump racing for first place in next month's primary, Bush and Rubio are vying for third, which would give them momentum going in to the New Hampshire primary. 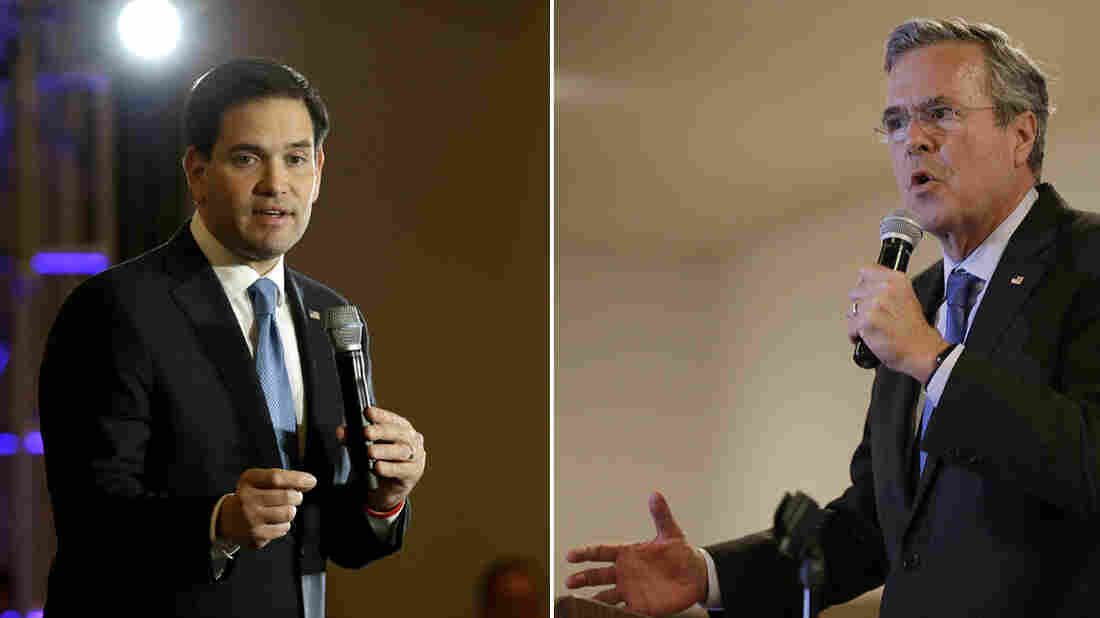 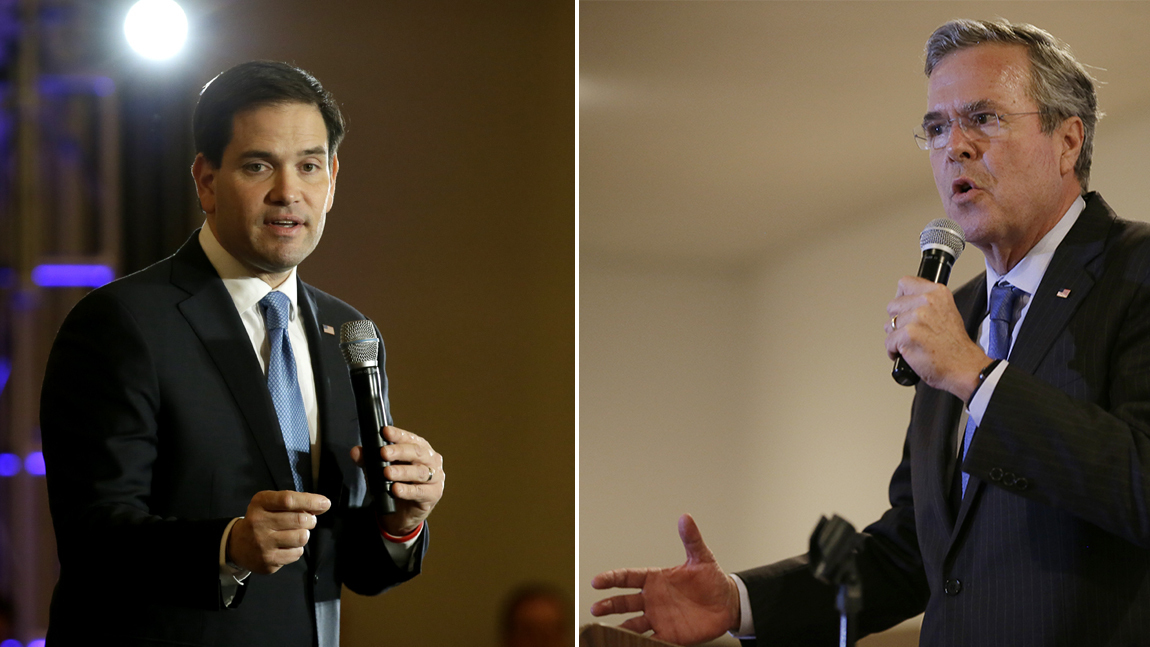 Ted Cruz and Donald Trump are battling it out for first place in the Iowa GOP caucuses next month.

But beneath the battle for first place, two other sharp-elbowed candidates are fighting hard here: Jeb Bush and Marco Rubio.

The two Florida Republicans have almost no shot at winning Iowa, but their respective superPACs and campaigns are duking it out on the airwaves.

"Over the last three years, Rubio has missed important national security hearings, and missed more total votes than any other senator," says an ad airing this week in Iowa produced by a superPAC allied with Bush. "Politics first, that's the Rubio way."

And a superPAC for Rubio is pushing right back, in an ad calling Bush "desperate" and defending the senator on national security. "The fact: Rubio has attended more national security briefings than any other candidate."

So why are two Republicans, who are nearly certain to lose Iowa, battling it out here?

"Jeb Bush is desperate," claims this ad from a Marco Rubio-allied superPAC.

"If you come strong through Iowa in the top three or four, I think you really do have some momentum going on," said Ken Anderson, a retiree and lifelong Republican who is still undecided. He attended a Rubio town hall in Marshalltown on Wednesday and said he gets why Bush and Rubio are going after each other even though they're both running way behind.

A strong third-place showing for a candidate like Bush or Rubio could change the momentum for them going into New Hampshire, another critical early state with its primary just one week after Iowa.

Even locked-in Trump supporters, like retired veteran Larry Warnell, say a third-place victory could be a good thing in Iowa "because in the last couple of elections, No. 1s never finished, I don't think."

The last Republican candidate to win both the Iowa caucuses and the nomination was George W. Bush in 2000.

While candidates like Trump and Cruz have established themselves as "outsiders" in this race, the remaining candidates are still jockeying for support from more traditional Republican voters in Iowa, like 37-year-old Justin Chappell.

"It'll be interesting to see who all of the so-called moderates, which one gets the most votes," he said.

J. Ann Selzer, the most respected pollster in Iowa, says the most important thing a candidate can still do is win. But if Cruz and Trump take first and second place, Selzer says, the third-place finisher can still be meaningful if — and only if — the rest of the pack is far behind.

No candidate would claim to be running for third place, but it may explain why candidates like Bush and Rubio have spent millions on the airwaves. And why they both plan to be back in Iowa next week.