Accessibility links
Pastors Say Va. GOP Loyalty Pledge Creates 'Burden Of Fear' For Black Voters Three pastors are suing the Virginia Board of Elections, arguing that a new rule requiring voters to pledge loyalty to the Republican Party before voting in the state's primary is discriminatory. 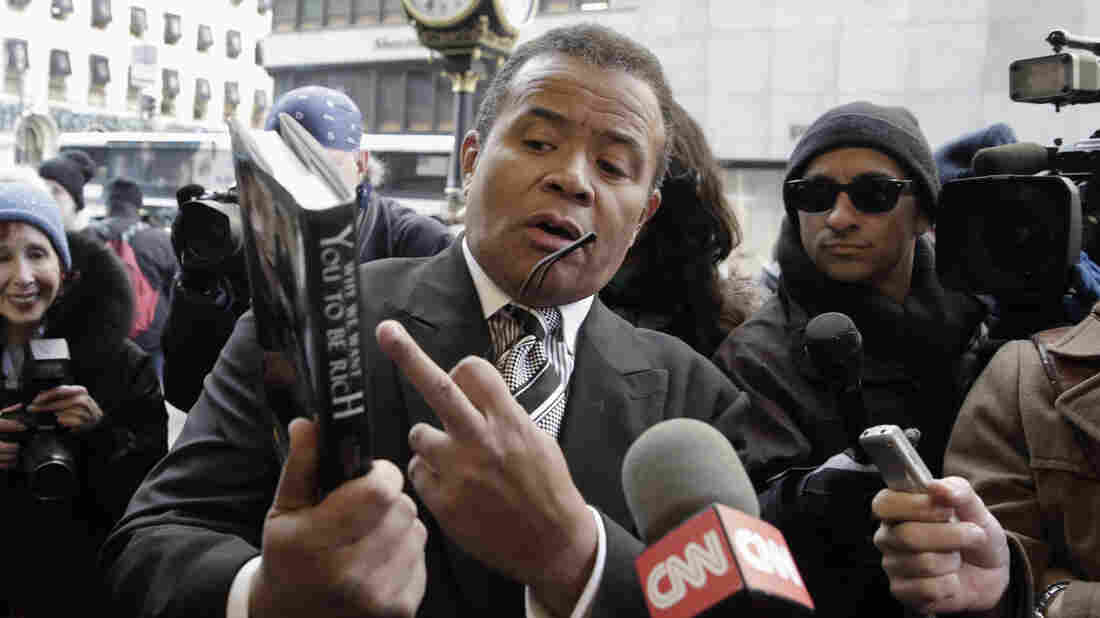 Pastor Stephen Parson holds one of Donald Trump's books before meeting with the candidate in New York last November. Parson is now one of three pastors who say a new rule in Virginia requiring primary voters to sign a pledge before getting a Republican ballot is discriminatory. Richard Drew/AP hide caption 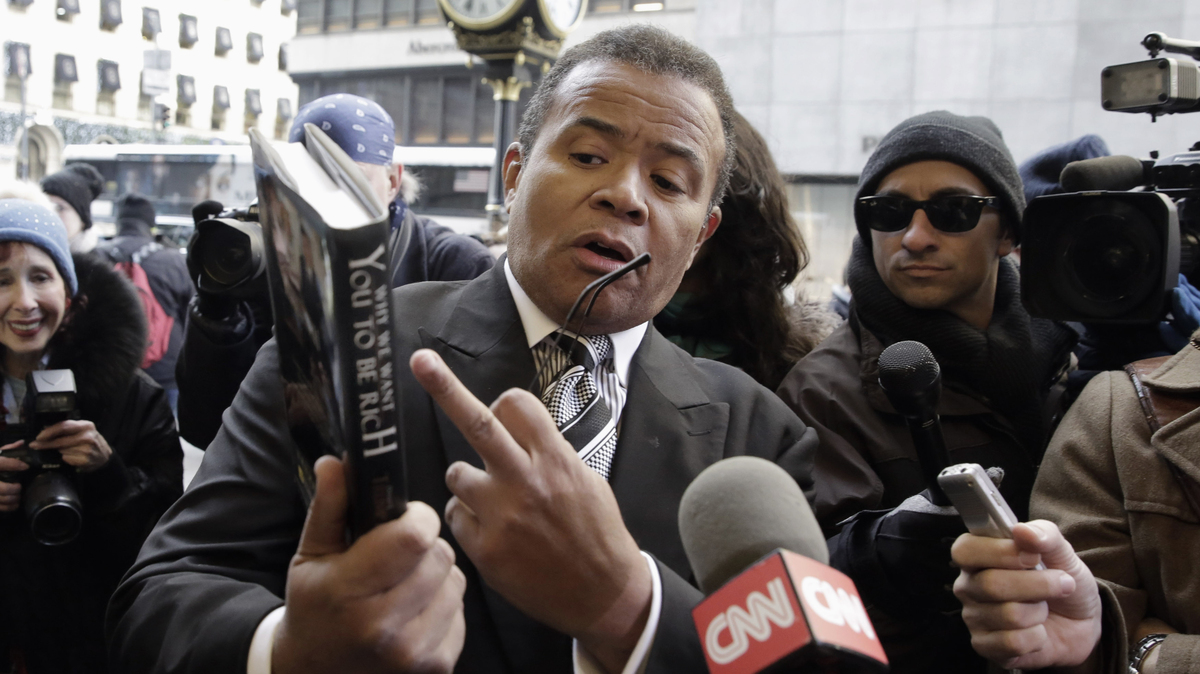 Pastor Stephen Parson holds one of Donald Trump's books before meeting with the candidate in New York last November. Parson is now one of three pastors who say a new rule in Virginia requiring primary voters to sign a pledge before getting a Republican ballot is discriminatory.

When Donald Trump met with a group of black ministers in New York City in November, Stephen Parson, a minister from Richmond, Va., was faithfully in attendance. Then, in December, when Trump spoke at a rally in Manassas, Va., Parson again stood by his side — this time giving him a ringing endorsement.

Parson is an evangelist for Trump, and he's also a plaintiff in a lawsuit filed Wednesday against members of the Virginia State Board of Elections over a new rule that requires GOP primary voters to sign a pledge. Two other plaintiffs — Leon Benjamin and Bruce L. Waller Sr. — are also named in the lawsuit. They want to vote in the Republican primary, but they don't want to sign the "loyalty oath."

My signature below indicates that I am a Republican.

Virginia has historically held an open primary — because there's no party registration in the state, voters could choose either a Democratic or Republican ballot at the polls. But this year, anyone who opts for a GOP ballot must also sign a nine-word statement that reads: "my signature below indicates that I am a Republican."

In the lawsuit, the pastors claim the new rule is discriminatory; it will lead to "long lines" and deter minority voters from participating.

"I think that's a clear violation of people who would otherwise expect to be equally protected," said Chester Smith, the lawyer who represents the three Richmond-area pastors.

Smith argues that the new rule violates the First Amendment, the Equal Protection Clause of the 14th amendment and the Voting Rights Act.

Given Virginia's history of racial discrimination, the Trump supporters claim the new requirement will create a "burden of fear" for black voters. In the lawsuit, they also say it has the potential to spark backlash in their communities "if the Republican Party were to release the names of black voters who had publicly proclaimed that they 'are Republicans.' "

But Rick Hasen, a professor specializing in election law at the University of California Irvine, is skeptical the lawsuit has any substantial legal muscle.

"I don't that think having people sign the loyalty oath is any kind of legally binding requirement," said Hasen.

He also points out that a lot of states have closed primaries, where only registered members of the party can vote, and that system is entirely constitutional.

In a series of tweets in late December, Trump blasted the loyalty pledge, calling it a "suicidal mistake" and saying the party needs to stop excluding new voters if it wants to win.

It begins, Republican Party of Virginia, controlled by the RNC, is working hard to disallow independent, unaffiliated and new voters. BAD!

The voters the Republican Party of Virginia are excluding will doom any chance of victory. The Dems LOVE IT! Be smart and win for a change!

Straighten out The Republican Party of Virginia before it is too late. Stupid! RNC

The Virginia GOP declined to comment. But in an email to party officials obtained by NPR, Virginia GOP executive director John Findlay dismissed the idea that the pledge, which he described as a "statement of affiliation" was an attack on Trump.

"Let me be very clear, the statement of affiliation is not designed to favor or hurt any candidate whatsoever," Findlay wrote.

The party put out a statement citing a similar pledge in the 2000 Republican primary.

But Dan Tokaji, a professor at Ohio State University who focuses on election law, believes the politics in this skirmish are clear.

"I don't think there's much doubt that at least a part of the reason behind the Republican Party of Virginia's decision is a desire to make it more difficult for Trump supporters to vote in the Republican primary," said Tokaji.

But, Tokaji adds that doesn't mean the rule itself is illegal or unconstitutional.

In fact, like Hasen, he thinks the lawsuit is weak.

Still, he says it's a sign — a warning of the growing battle between Trump and the GOP establishment.

"We can expect more of these disputes between Trump supporters and the Republican Party establishment to be emerging," Tokaji said. "I would not at all be surprised in other states to find other cases brought. Some of those claims may be stronger than the ones in the Virginia case appear to be."