Accessibility links
State Of The Obama Economy: Far Better, But Still With Many Troubles The economy has improved dramatically in the Obama era. But problems still abound because of the soaring national debt, a deformed tax code, shrunken paychecks and a growing skills gap.

State Of The Obama Economy: Far Better, But Still With Many Troubles

State Of The Obama Economy: Far Better, But Still With Many Troubles 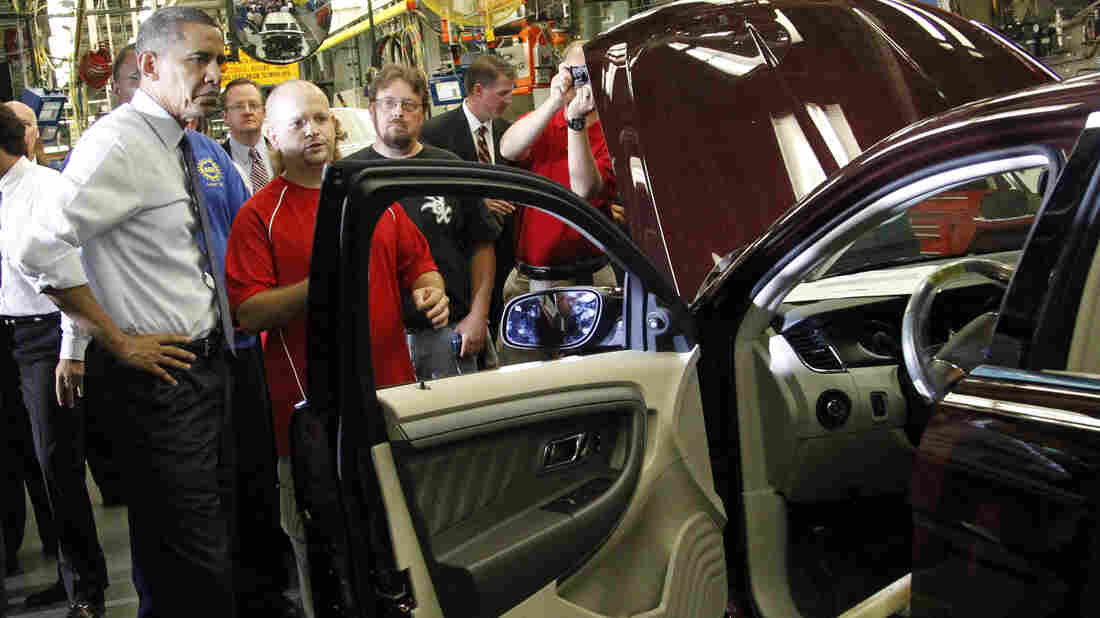 President Obama looks over a vehicle on the assembly line with autoworker Jeffrey Cook, during his tour of the Ford Motor Co. Chicago Assembly Plant in 2010. Pablo Martinez Monsivais/AP hide caption 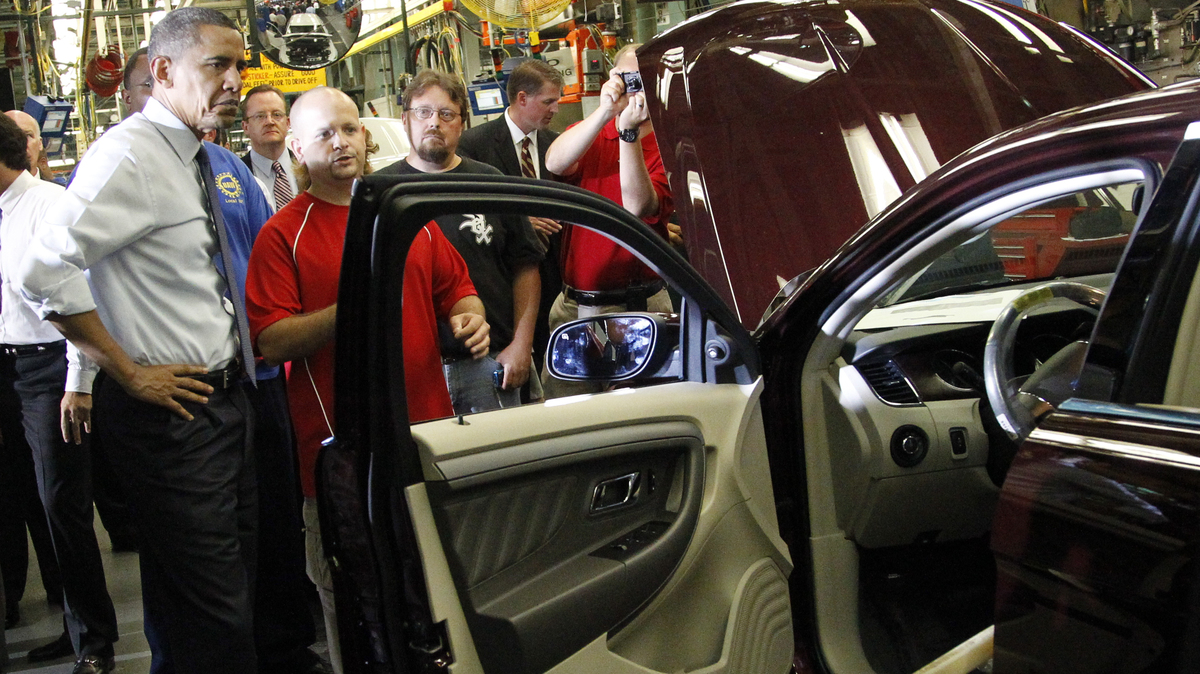 President Obama looks over a vehicle on the assembly line with autoworker Jeffrey Cook, during his tour of the Ford Motor Co. Chicago Assembly Plant in 2010.

When President Obama first took the oath of office seven years ago this month, the U.S. economy was so battered that many economists were pondering the possibility of another Great Depression.

The fears were real: Employers were cutting 796,000 jobs; the auto industry was facing bankruptcy; private foreclosures and public debts were soaring.

So the new president's rhetoric was somber. For millions of Americans, "the state of our economy is a concern that rises above all others, and rightly so," Obama said in his first address to a joint session of Congress. "It's the worry you wake up with and the source of sleepless nights."

Today, the U.S. economy is in far better shape — a message Obama will underscore Tuesday in his State of the Union address. He'll have plenty of upbeat talking points to mention. For example, last month, employers added 292,000 workers and the jobless rate held steady at 5 percent, down from 2009's peak of 10 percent.

Compared with January 2009, these are far better days for both workers and business owners.

Still, serious challenges remain, and critics will have plenty of problems to point out.

Here's a quick look at the state of the economy as Obama enters the final year of his presidency. First, the good news:

And here are some of the still-unsolved problems: