Accessibility links
'60s 'Dish' Maggie Smith Says, 'That Was Never Me' "It must be lovely to be beautiful, but that's a really difficult thing to lose," says Smith, now 81. Best known in the U.S. for her role in Downton Abbey, she's now starring in The Lady in the Van. 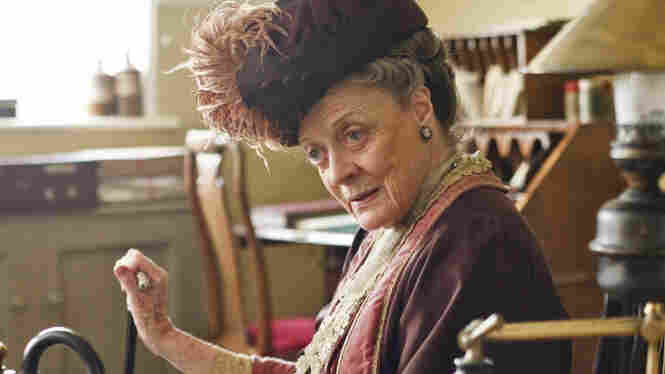 Many Americans know Dame Maggie Smith as the elegant and formidable Dowager Countess of Grantham. But at 81, Smith is now starring in a role that's a long way from Downton Abbey. In The Lady in the Van, Smith is Mary Shepherd — a homeless woman who lived in a derelict van parked in playwright Alan Bennett's driveway for 15 years.

More On 'The Lady In The Van'

For 15 Years, The Real 'Lady In The Van' Lived In This Playwright's Driveway

Maggie Smith Is Deft, Daft And Driven In 'The Lady In The Van'

"She was quite happy on the street," Smith tells NPR's Renee Montagne. "But I think Alan was so distressed watching her outside his window all the time that he thought he just had to help."

He never expected her to stay — but she did. And though Shepherd and Bennett didn't become friends by any stretch, the playwright was "obviously fascinated by her," says Smith.

Smith talks with Montagne about the characters she's inhabited in her decades of acting, from 1960s Broadway to Downton Abbey.

On getting the best lines in Downton Abbey

Well, I don't know. They're Julian Fellowes' lines, who wrote it. ... I think she stuck to her principles in the way she had lived. She could see what was going on more than a lot of other people. She was a wise old bird. She'd been there and done that and got the T-shirt.

No — this is absolutely not true. In fact, I phoned our dear producer Liz Trubridge the other day, and I said, "Now, what is this? I'd heard that somebody had said ... " — it was the paper or something. And she said, "No, that's absolutely rubbish." I mean, it's come to its end.

On how Downton Abbey made her a household name

I find it very odd to be recognized. I've spent a very long time without that happening to me. And it's a very, very strange sensation. ... Sometimes it's very nice. But sometimes, you just would like to be on your own, to do things on your own, without thinking about whether you're going to be stalked or asked to pose for one of those wretched cellphone things. 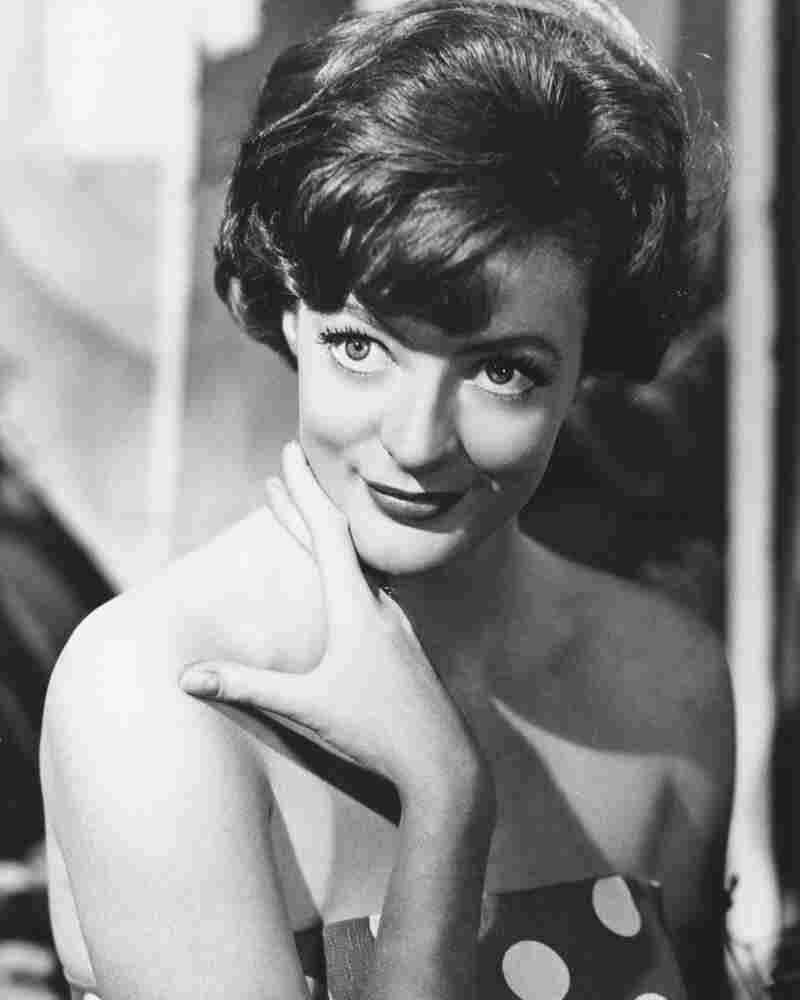 In the 1960s, Maggie Smith starred in the Broadway hit Mary, Mary. One reviewer called her a "gem of an actress, an undeniable dish." Silver Screen Collection/Getty Images hide caption 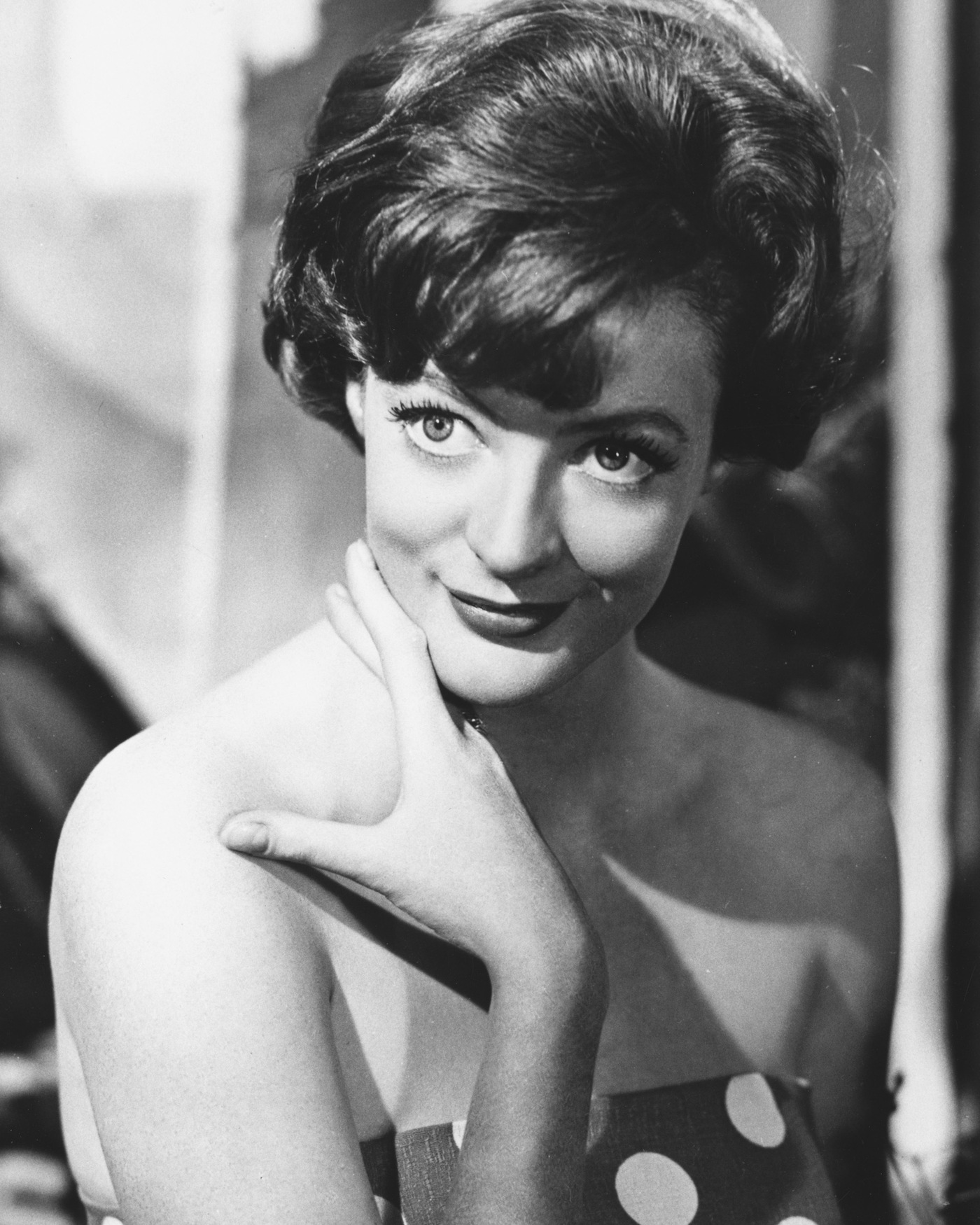 In the 1960s, Maggie Smith starred in the Broadway hit Mary, Mary. One reviewer called her a "gem of an actress, an undeniable dish."

On being described as "an undeniable dish" in a review in the 1960s, and why she never embraced that characterization — but has heartily embraced older roles

That never was me. The "dish" department didn't apply. ... I think it's got something to do with one not being a "dish" ... because then you become a character actor and you have much more chance of developing and going on.

I mean, God knows it must be lovely to be beautiful, but that's a really difficult thing to lose. But if you've been into character acting really all your life, it's an easy transition. You just go from one to the other and you suddenly realize, "Oh, I see I'm somebody's mother this time. And I'm somebody's grandmother." And so it goes on.