Accessibility links
Going Away Without 'Ghosting': A Better Way To Say 'I'm Not Into You' The simple answer? Honesty. Commentator Sarah Hepola says that once she learned how to turn down dates with men she wasn't interested in, it became much easier to say yes to the ones she liked. 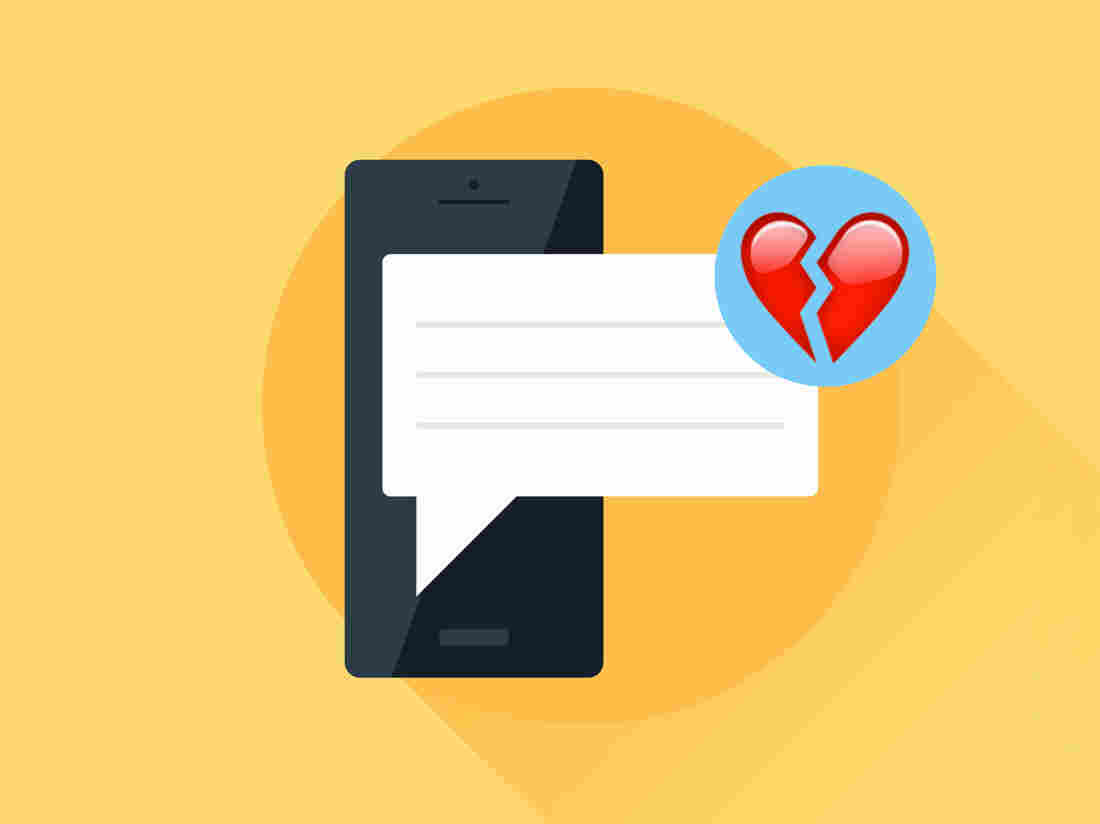 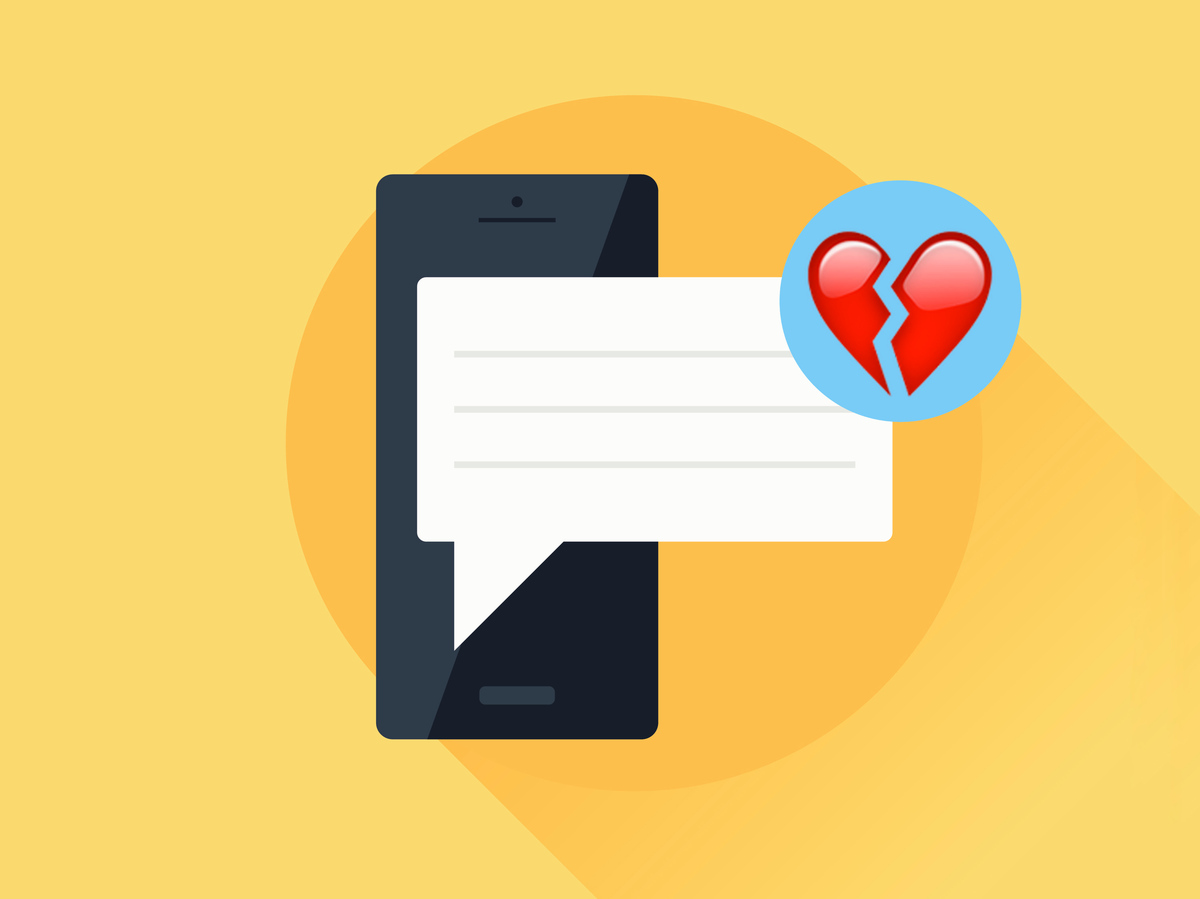 The first time I told a guy I'd met online that I didn't want to see him again, my hands were actually trembling. I paced the room. I typed sentences only to erase them and retype them again. You'd think I was telling the guy I was pregnant, not passing on his offer to eat homemade linguine.

Somehow, I'd made it to my late 30s without the ability to tell another human soul I wasn't interested in dating him. I knew how to lie: I'm very busy right now. I'm sick with the flu. Lying had long been my preferred method of getting out of things, because it protected people's feelings and allowed me to maintain an illusion of blanket likeability. And lying to men had, unfortunately, been a long-standing habit: I have a headache. No, I don't mind if you text during dinner. I'd love to talk about Star Wars right now.

Early in my online dating experience, I'd told a guy I didn't like that I was too busy to go out with him, and he came back the next week and asked me out again. How dare that man take me at my word? But then I began to think online dating might be a good excuse to start telling uncomfortable truths. Technology, after all, is a tool — we use it, not the other way around. Apparently there are men who can get lucky on Tinder using nothing but emoticons. If this is true, then surely a grown woman can find a way to say she isn't interested.

It's not as though men were falling out of the trees to date me. In fact, my awkwardness was a result of being unaccustomed to such attention. I'd come of age in bars, where no one asked anything directly until last call. You just got drunk, went back to his place, and maybe a month later, you moved in together. Relationships were something that happened to me.

But at 35, I'd quit drinking, taking a sledgehammer to my most reliable romantic strategy, and thus forcing me to learn a deliberateness to which I was wholly unaccustomed. Coffee dates. Movie dates. An invitation to enjoy homemade pasta at his place.

I'd been on two dates with that guy. A lawyer, a sweet man, but no spark. Shouldn't I be grateful for a nice lawyer's attention? But chemistry is something you feel, not something you reason your way into, and the lawyer deserved to save his pasta-making skills for someone who genuinely liked him, not someone haunted by voices in her head saying she might die alone.

Still, I was scared to hurt him, or make him mad. It's crazy the contortions I could put myself through to avoid another person's discomfort. I once read a Modern Love column in The New York Times about a woman who invented a story that she was moving to California just to avoid sleeping with this one guy again.

At a time when random hookups have never been easier, the act of simple honesty can be so hard.

I got it. At a time when random hookups have never been easier, the act of simple honesty can be so hard. There's a reason "ghosting" is such a common term in dating these days. Often the cleanest way to end a burgeoning relationship is to disappear. Stop responding to emails and texts. But if the Internet makes it easier to disappear on a person, then it must also be pointed out the Internet makes it easier to show up.

I typed out a response in the comfort of my kitchen. It took way too long. The email said something hugely unoriginal like, "I don't think this is going to work." My stomach plummeted as I hit "send." But not long afterward, I got a response back. He understood. He thanked me for letting him know. And that was ... it?

What Happens When You Try To Date Offline

Yes! That was it! I was free! I didn't have to pretend I'd moved to another state, or that I was dying of mad cow disease. Once I'd learned to turn down dates, it became much easier to say yes to them. It was just another human interaction, the act of figuring out what you wanted, and what you did not. If I decided not to see someone again, I sent a polite note, and the men were never crushed like I worried they'd be. They almost always wrote back warmly, and said good luck. And we all carried on, one more teensy-tiny step closer to the adults we hoped to be.