Accessibility links
Review: Eleanor Friedberger, 'New View' The former Fiery Furnaces member sounds purposeful and composed, unflappable and free — like a songwriter sure of her words and content with letting easy musical designs lead her where they will. 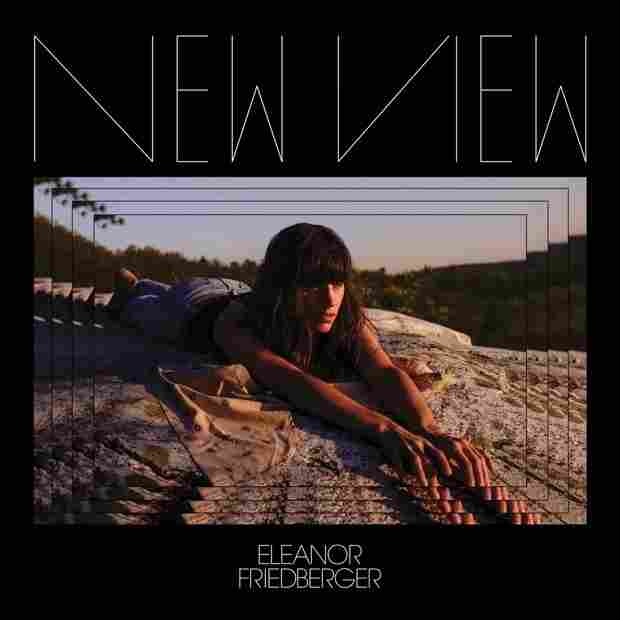 The book on Eleanor Friedberger as a solo artist away from the sprawl of her band Fiery Furnaces is that she's pared down, constricted and simplified; that she's become, as both a lyricist and a songwriter, less bookish over time. Of course, any album, compared to a typical Fiery Furnaces record, is going to come across as a lot less circuitous and weird. But in the loss is a gain, as is clear in the poised and concise charms of New View.

Friedberger's third solo album since 2011 (when Fiery Furnaces went on hiatus and she came out with her own debut), New View opens with an ode to someone missing but remembered, wistfully yet warmly, with gently loping guitar, old-fashioned warbly organ, and the sound of a tape machine cranking up at the beginning to signal a vintage glow. Friedberger's distinctive voice, hearty and plain while also expressive and refined, is in prime form, and the easygoing music behind her lets it linger all the more. There's a stately aspect to her simple rock 'n' roll aspirations, like songs by Silver Jews in which the music seems at pains to lay back and make way for the words.

But Friedberger and her band loosen up and groove, too. "Your Word" moves through nicely complicated acoustic-guitar chords, each with a jangly George Harrison vibe. The words feel at once relatably lovelorn and fantastical in a magical-realist vein, with a woman dreaming of cutting off her ears, planting them in sand and seeing them grow into a seven-story building. ("Your word is your wand," Friedberger reminds the listener, who may wonder over such a strange thing.) In "Because I Asked You," a buoyant quasi-funk song with guitar and organ vamping in mind of Van Morrison, she puzzles over someone seemingly loyal ("Why would you want to tell the truth," she sings, "or furnish me with mathematical proof?") before "Never Is A Long Time" slows down for plaintive finger-picking and a doleful tone that suits the title.

Whatever her mood, Friedberger sounds purposeful and composed, unflappable and free — like a songwriter sure of her words and content with letting easy musical designs lead her where they will.