Accessibility links
Great Expectations: Dickens And The Powerball Tonight's record $1.5 billion Powerball drawing may seem like a modern phenomenon, but this frenzy is nothing new. Just ask Charles Dickens, who bemusedly observed the Naples lottery 170 years ago. 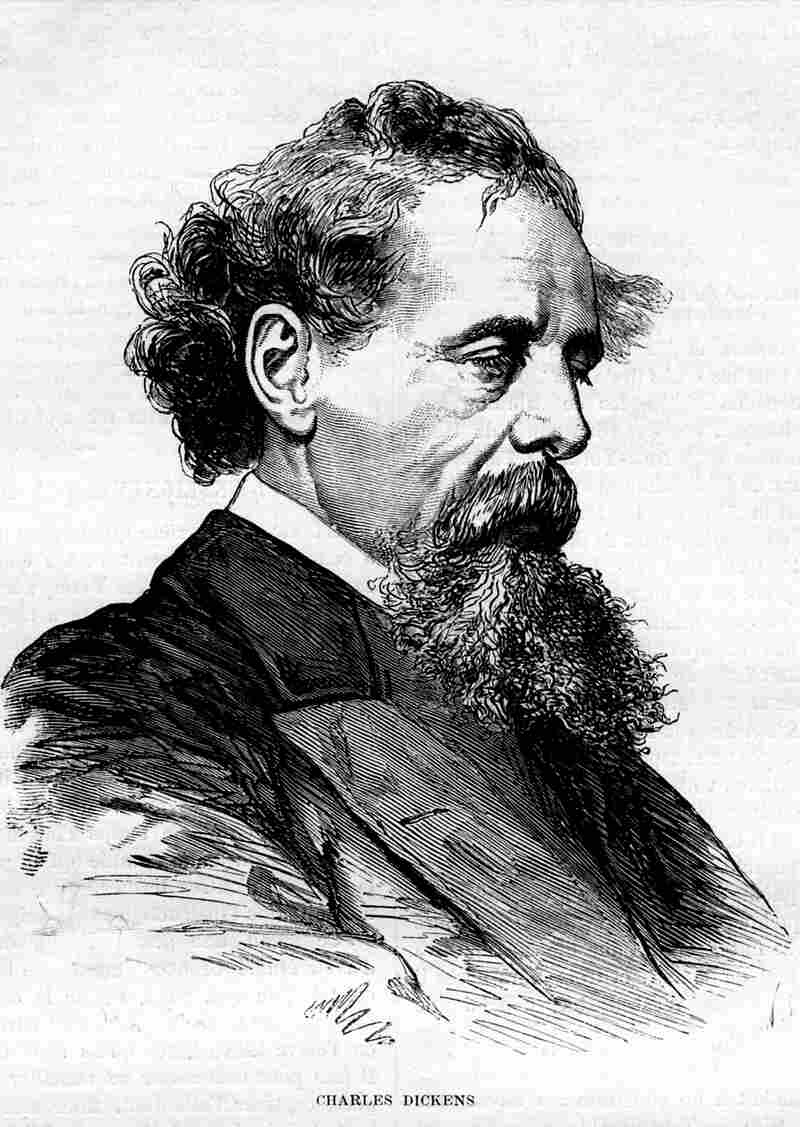 Charles Dickens toured Italy in 1844-45, and was particularly struck by Neapolitans' passion for the lottery. Photo 12/UIG via Getty Images hide caption 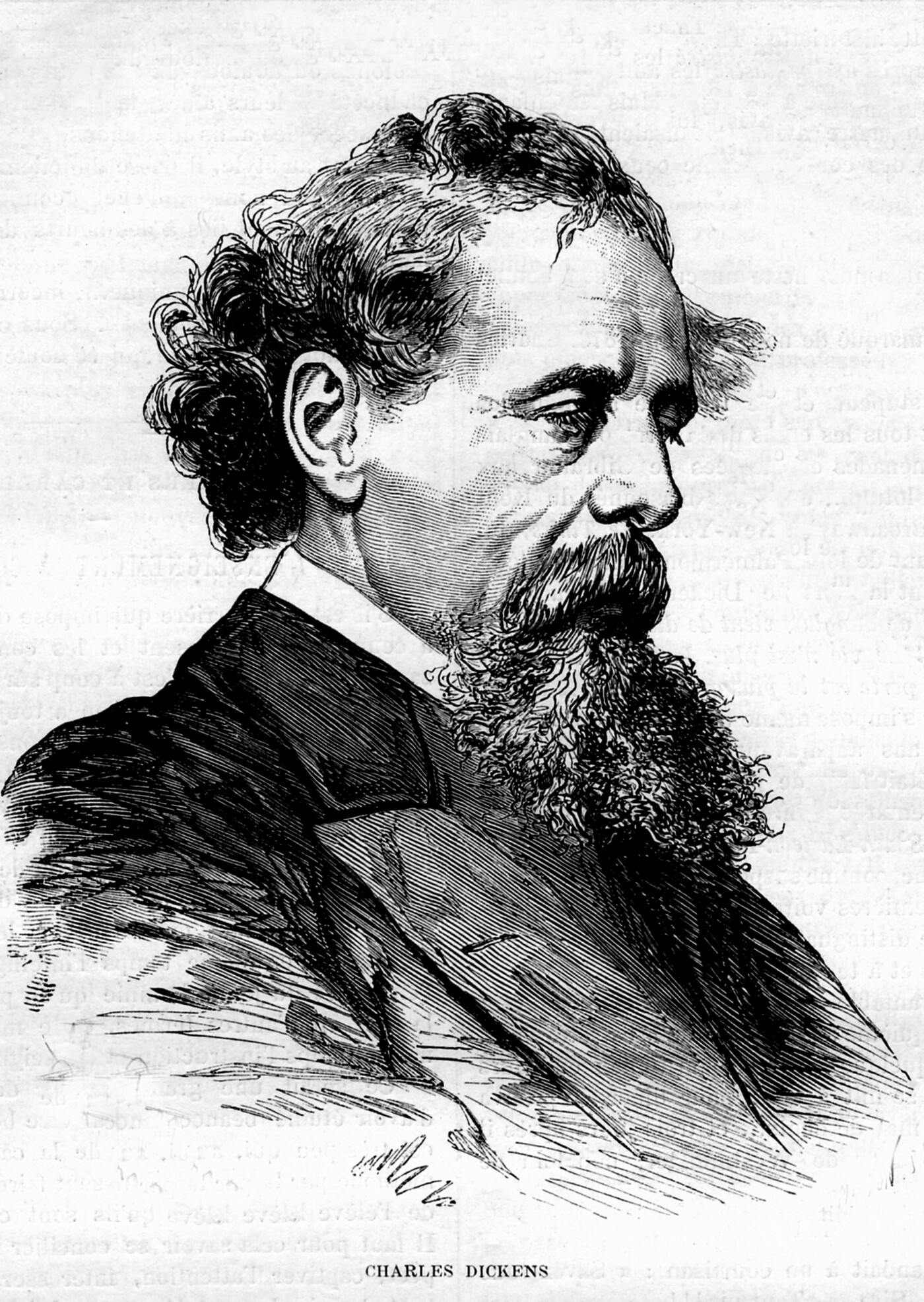 Charles Dickens toured Italy in 1844-45, and was particularly struck by Neapolitans' passion for the lottery.

The Powerball bonanza, which has touched an unprecedented $1.5 billion, may be the largest jackpot in human history, but the frenzied ticket buying and wild hopes attending it are hardly new. Ask Charles Dickens.

In 1844-'45, the novelist spent a year traveling though Italy with his family. In a series of vivid letters later collected into the travelogue Pictures from Italy, he recounted how he had been awestruck by the Coliseum, disappointed by the smallness of the tower of Pisa and left triumphant after climbing to the rim of Mount Vesuvius and looking down "into the Hell of boiling fire below."

In the midst of all these exciting impressions, however, he devoted a curiously large amount of space to "an extraordinary feature in the real life of Naples" that fascinated him: the lottery.

While the lottery was popular across Italy, Dickens was amused by, but also appalled at, the hold it had in Naples, and the extremes to which Neapolitans went to choose a lucky number. Every news event, accident or untoward incident was interpreted as a sign. Priests with "visions" were eagerly consulted, as were "people who have a talent for dreaming fortunately."

The lottery office in Naples had a large book called the Universal Lottery Diviner, "where every possible accident and circumstance is provided for, and has a number against it." For instance, when a fire broke out at the king's palace, there was such a run on numbers allotted to "king," "palace" and "fire" that the authorities had to hurriedly shut them down.

Dickens heard of a man being thrown fatally from his horse, only to be pounced on by a punter who begged him, "If you have one gasp of breath left, mention your age for Heaven's sake, that I may play that number in the lottery."

Dickens heard of a man being thrown fatally from his horse, only to be pounced on by a punter — a person who places a wager — who begged him, "If you have one gasp of breath left, mention your age for Heaven's sake, that I may play that number in the lottery." Even grislier was the sight of speculators at a public execution counting "the gouts of blood that spirt out, here or there" in order to buy that number.

Like the Powerball, the Naples lottery was held at a fixed time and place — at the Court of Justice, a musty room attached to the local jail. One Saturday afternoon, Dickens attended a draw. The officials were the local judges — then as now, the lottery was a state-run affair, except that in Naples, the church played an officiating role. Dickens, no fan of the Roman Catholic Church, could barely conceal his contempt as he described a "grave priest" climbing into his vestments in order to sprinkle holy water over the box on which every eye in the room was fixed.

This box contained 100 numbers from zero to 100, from which five would be drawn. Only if three or more numbers bought by a player matched the lucky five — and had enough staked on them — did he stand to make a killing.

No Winner For Near $950M Jackpot; Record Lottery Could Hit $1.3B

Since there were no computers, the numbers were drawn by a little boy dressed in a tight brown coat with no sleeve for the right arm. After waving his bare arm in the air and flexing his fingers like a magician to show there was nothing hidden between them, the boy would plunge his hand into the box and pull forth a number, which was read out to the waiting crowd.

The boy was a mere functionary, but even he was turned into a talisman: "People begin to inquire his age, with a view to the next lottery; and the number of his brothers and sisters; and the age of his father and mother; and whether he has any moles or pimples upon him; and where, and how many."

As Dickens left the dank little room, he noticed the palpable disappointment among those shuffling out and was filled with pity for the ignorant populace who looked "as miserable as the prisoners in the gaol."

Clearly, Dickens disapproved of the lottery, and his reasons were similar to contemporary concerns that lotteries are a cynical and regressive tax on the poor — the ones most likely to buy lottery tickets with money they can ill afford. "They bring an immense revenue to the Government; and diffuse a taste for gambling among the poorest of the poor," he wrote, "which is very comfortable to the coffers of the State, and very ruinous to themselves."

But though the social critic in Dickens objected to the lottery, its central spirit, that an outrageous turn of luck can transform an ordinary life certainly imbued his novels. Orphans like Oliver Twist and Pip in Great Expectations did not need to buy tickets to win fortunes — not when they had an eternally optimistic creator named Charles Dickens, who had only to reach into his fertile imagination to help them win the lottery called life.