Accessibility links
Ted Cruz Gains Endorsement Of Duck Dynasty's Phil Robertson The Texas senator made the announcement in a YouTube video showing him hunting for ducks with Robertson. "You're one of us, my man," Robertson says. 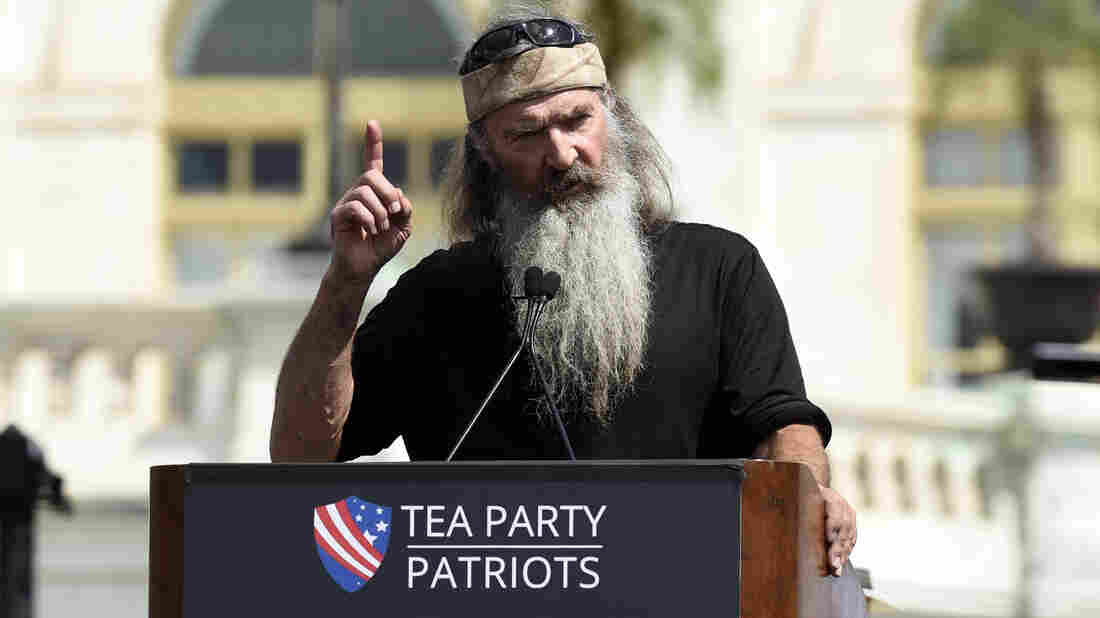 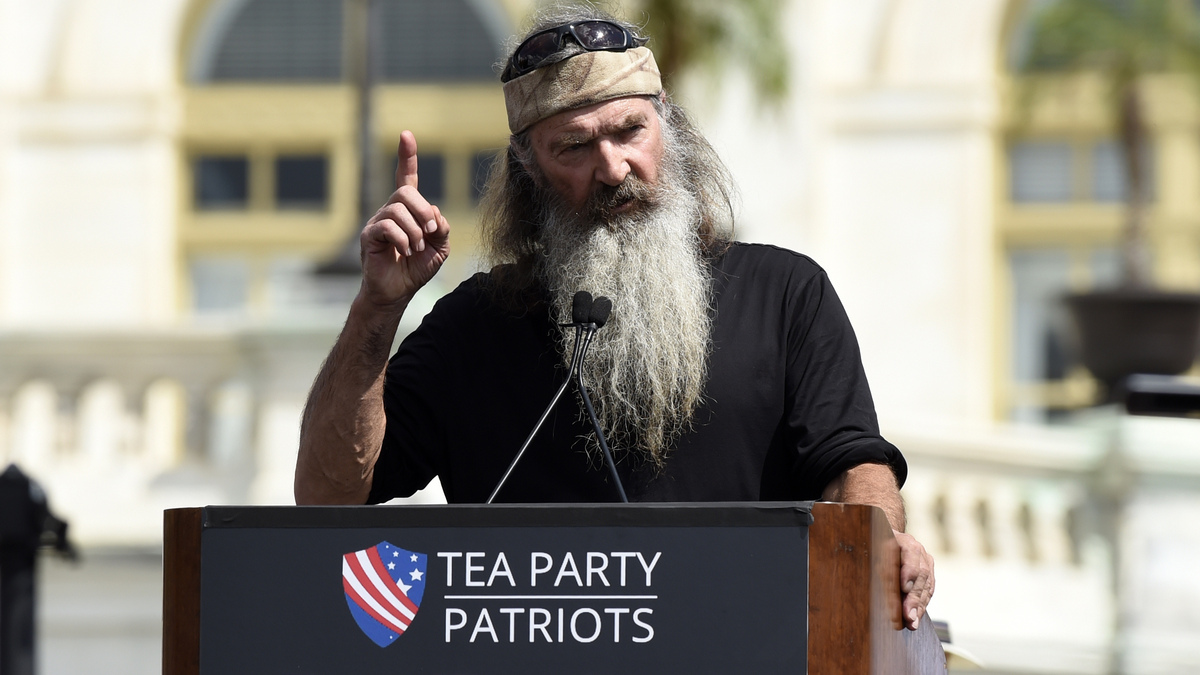 Phil Robertson, patriarch of the hit A&E reality show Duck Dynasty, has endorsed Texas Sen. Ted Cruz for president. The announcement was made with a YouTube video showing Robertson and Cruz in full camo gear and face paint, hunting ducks.

"My qualifications for president of the United States are rather narrow," Robertson says in the video. "Is he or she godly, does he or she love us, can he or she do the job, and finally would they kill a duck and put him in a pot and make him a good duck gumbo? I've looked at the candidates; Ted Cruz is my man. He fits the bill. He's godly, he loves us, he's the man for the job, and he will go duck hunting — because today we're going."

At the end of the video, Robertson turns to Cruz and says: "You're one of us, my man. That's why we're voting for you."

"I am thrilled to have Phil's support for our campaign," Cruz said in a statement.

"The Robertsons are a strong family of great Christian faith and conservative values. Phil's story of starting off with something small and working hard to achieve the American dream is inspiring. Much like my parents, and many other Americans, who started a small business and worked hard to provide for our family. If we as conservatives come together in 2016 and fight for the values that have made this country exceptional, we will win the White House and turn this country around."

In 2013, Robertson was suspended from Duck Dynasty after making graphic comments about homosexuality that offended many people. He told GQ magazine that his mission "is to go forth and tell people about why I follow Christ and also what the Bible teaches, and part of that teaching is that women and men are meant to be together." He also said: "It seems like, to me, a vagina — as a man — would be more desirable than a man's anus. That's just me. I'm just thinking: There's more there! She's got more to offer. I mean, come on, dudes! You know what I'm saying? But hey, sin: It's not logical, my man. It's just not logical."

The suspension seemed to only rally conservative Christian support for Robertson, with politicians like former Louisiana Gov. Bobby Jindal and former Alaska Gov. Sarah Palin speaking out on Robertson's behalf. In a Facebook post, Ted Cruz called the suspension an affront to freedom of speech and religious liberty. Ultimately, the suspension was lifted in a little over a week and did not interrupt the show's filming schedule.

Robertson's endorsement of Cruz reflects his appeal to religious conservatives, particularly in Iowa, which will hold the nation's first caucus Feb. 1. Cruz has also picked up endorsements from Iowa evangelical kingmaker Bob Vander Plaats and James Dobson of Focus on the Family.

Cruz and Donald Trump are currently neck and neck for first place in the polls in Iowa. At one recent event in the state, Cruz asked audience members to spend one minute a day in prayer for him until caucus day, "When you're shaving. ... When you're having lunch. When you're tucking your kids into bed."