Accessibility links
GOP Debate: Desperation Time Is Setting In With less than three weeks to go before voting begins, watch for skirmishes to break out at Thursday's Republican debate — from attacks on Donald Trump to establishment candidates vying for position. 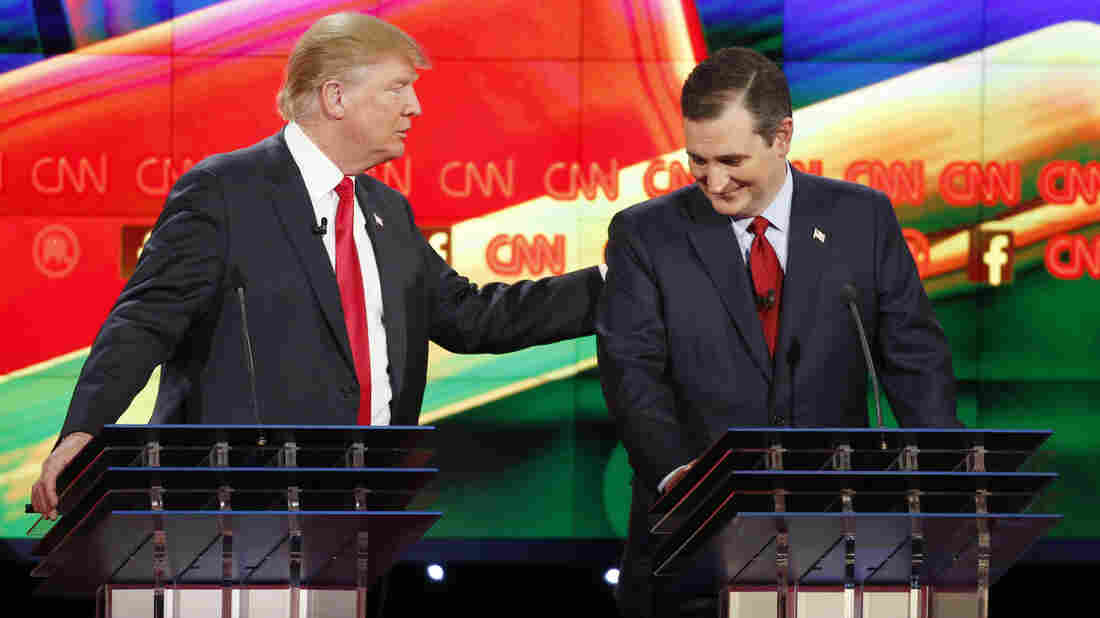 Donald Trump (left) and Ted Cruz joke about Trump's comments that Cruz was a "maniac" and didn't have the right temperament to be president. They played nice then, but will they again? John Locher/AP hide caption 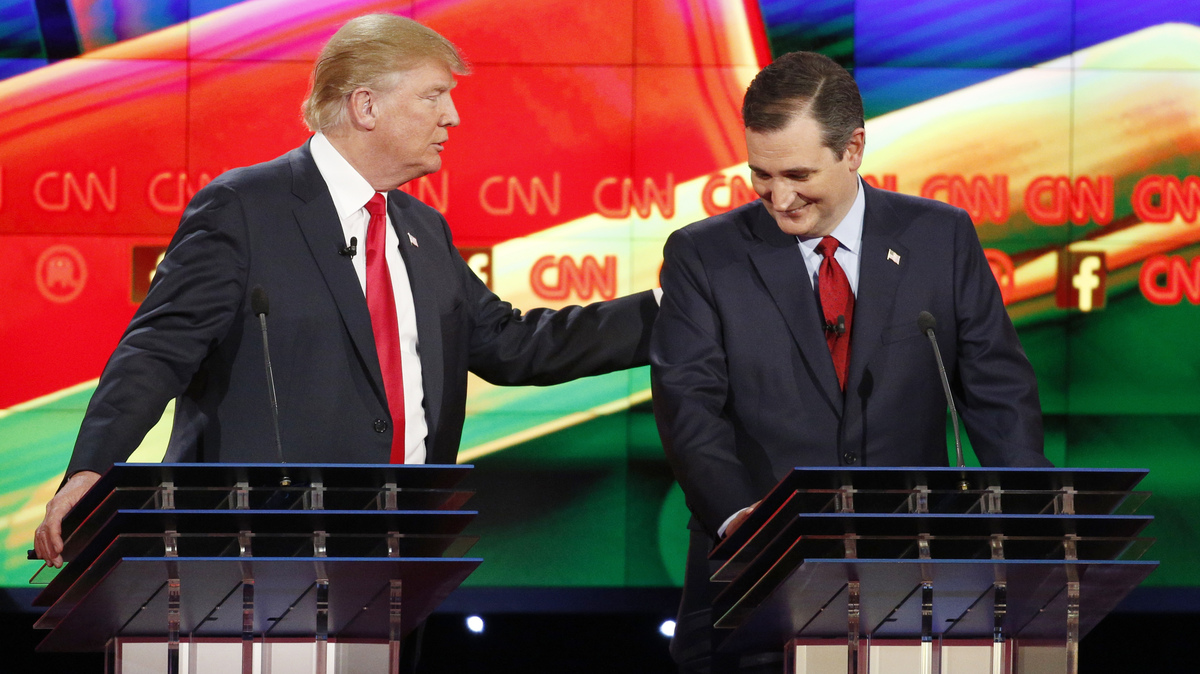 Donald Trump (left) and Ted Cruz joke about Trump's comments that Cruz was a "maniac" and didn't have the right temperament to be president. They played nice then, but will they again?

It's the home stretch in the presidential campaign before people actually start voting in less than three weeks — and that raises the stakes for Thursday night's Republican presidential debate in Charleston, S.C. (After this debate, there will be just one more before the Iowa caucuses.)

Donald Trump has been the great disruptor of the 2016 presidential campaign. He's been the focus, whether Republicans have wanted him to be or not. And Thursday night, all the other candidates (except perhaps Ben Carson) will likely have him in their sights.

That's especially true after Trump and Ted Cruz finally dropped the niceties with each other. Trump continued to raise questions about Cruz's eligibility to be president — even playing "Born in the U.S.A." at his rallies. (Cruz was born in Canada to an American mother.) Cruz hit back, saying Trump should play "New York, New York" at his rallies because he "embodies New York values." Cruz accused Trump of being "rattled."

In the past, Trump and Cruz have pulled their punches in these debates. After questioning Cruz's temperament last month, Trump famously said, "He's just fine. Don't worry about it," at a debate in Las Vegas. That was enough for Cruz, who has cleverly, if not transparently, waited for Trump to implode while not offending him, aiming to inherit Trump's supporters. The detente may be over. Or, who knows, maybe the alliance continues.

But Trump vs. Cruz isn't the only angling going on. It's not even the most intense. Right now, arguably, that's happening among the four Republicans aiming to win the establishment lane: Chris Christie, Jeb Bush, Marco Rubio and John Kasich. All of them made the cut for the main debate. (Carly Fiorina, Mike Huckabee, Rick Santorum and Rand Paul were all invited to debate in the earlier undercard. Paul declined the invitation and, on Wednesday, was still lobbying to get on the main stage because of a poll released Wednesday showing him in a better position.)

There's a battle royale going on among the establishment candidates, all trying to edge the other out, especially in New Hampshire. They believe whichever of them emerges in New Hampshire can consolidate enough support to defeat Trump.

Christie got the brunt of the attacks last week; then it was Rubio's turn. Cruz will likely go after Rubio again on immigration, and a superPAC supporting Bush cut ads accusing Rubio of being squishy on the issues. One makes fun of boots Rubio was wearing and shows someone wearing a similar pair of "flipping boots." The other depicts Rubio as a weather vane on a barn, going whichever way the wind blows.

The debate begins at 9 p.m. EST on Fox Business Network. (The undercard begins at 6 p.m. EST.) Trump will be center stage, flanked by Cruz and Rubio. The next wrung will be Carson and Christie, with Bush and Kasich on the ends. 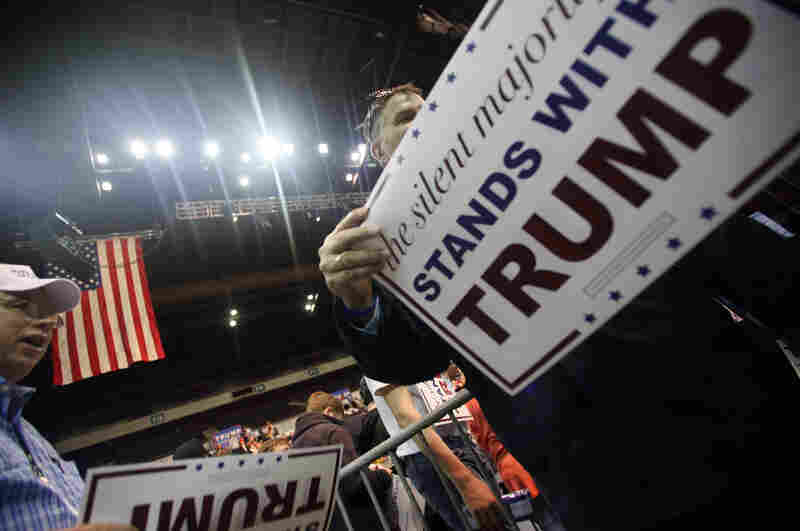 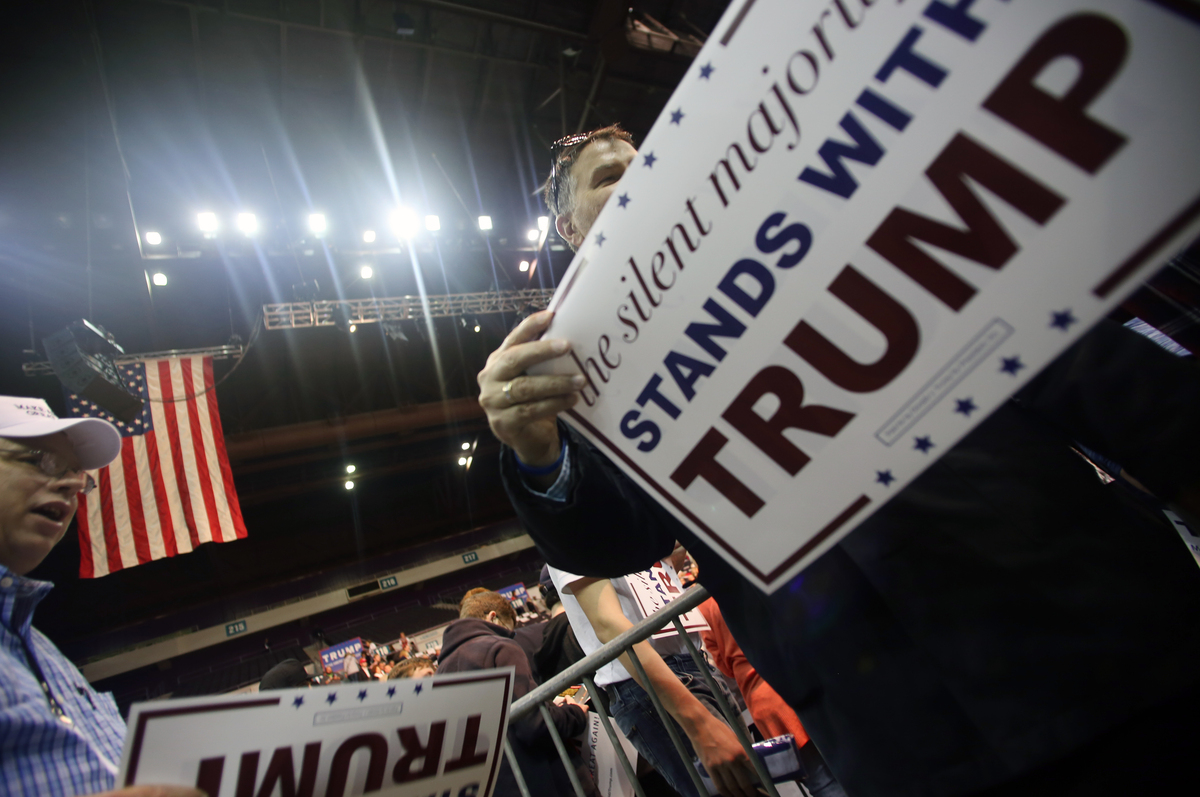 Here's a look at what each candidate needs to do and needs to avoid:

Need: Be on his game; look like he's enjoying himself; be energetic (not "low energy")

Avoid: Topics where he's not well-versed; crossing the line, wherever that might be — if there is one

Need: If you come at the king, you best not miss. Cruz and Trump have taken the gloves off lately. If he goes after Trump, he'd better land it, because no one has fared well who's gotten in the mud with Trump.

Avoid: Losing one-on-one exchanges with Trump; taking incoming from others, like Rubio; fighting a two-front war with Trump and Rubio 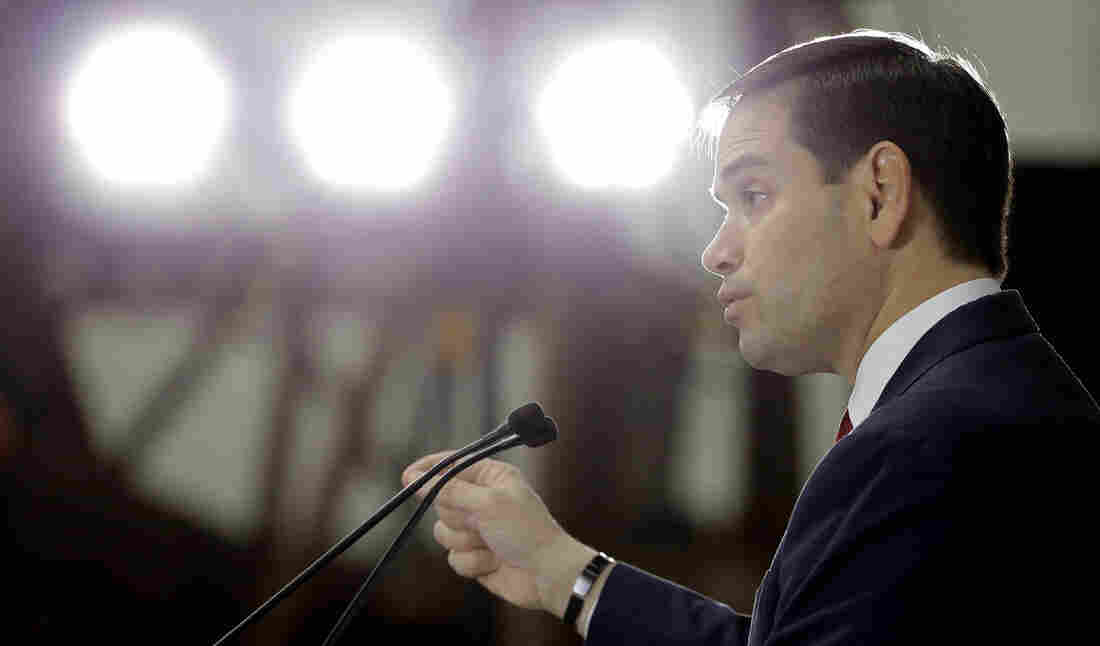 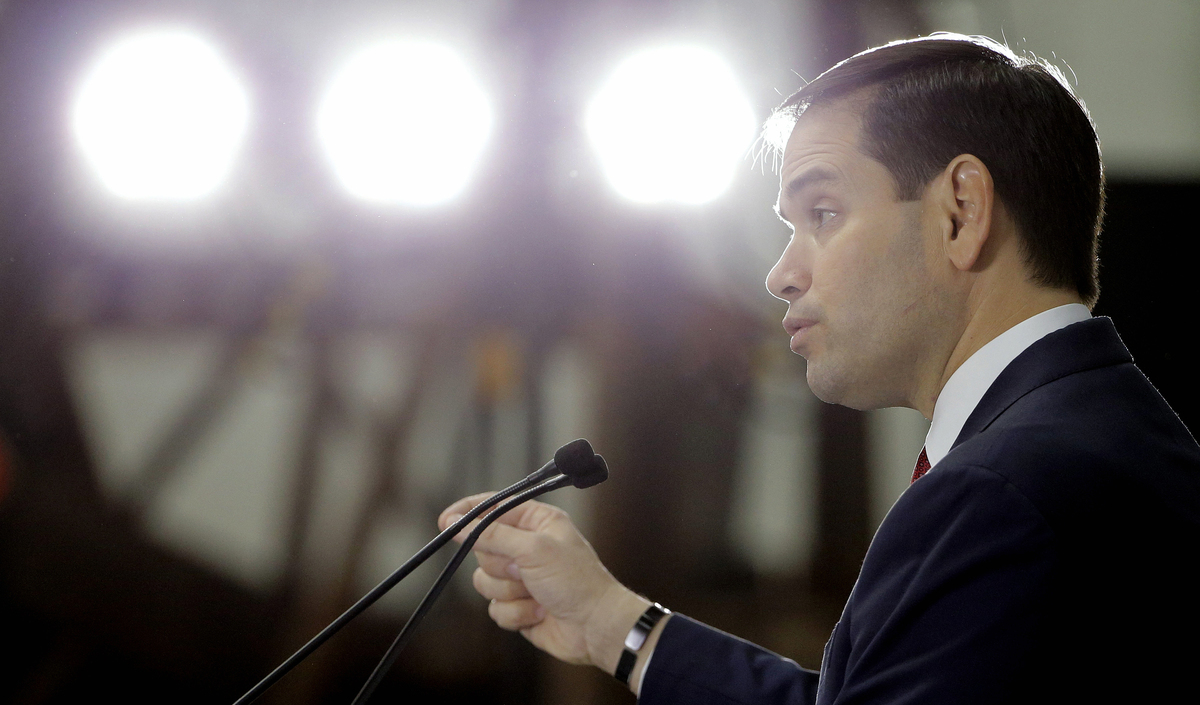 Need: Not let this look like a Trump-Cruz race

Avoid: Getting boxed-in on immigration again; fading into the background 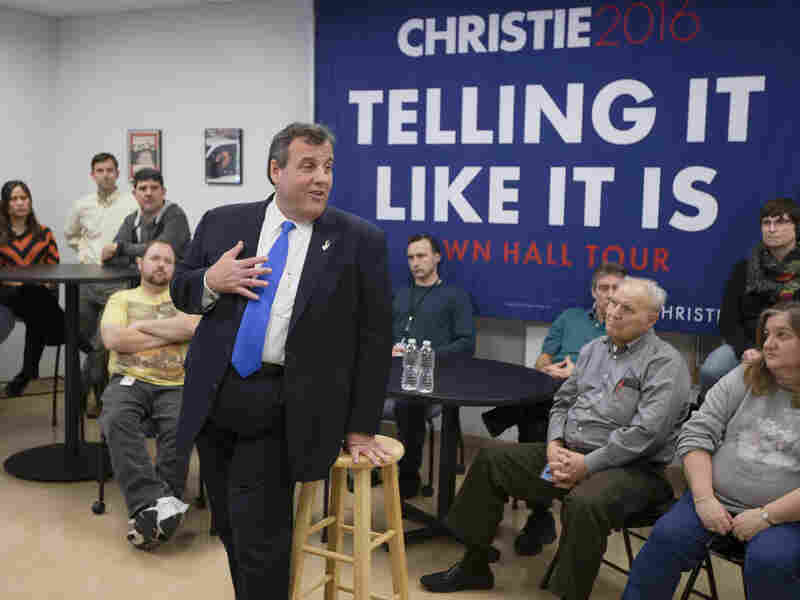 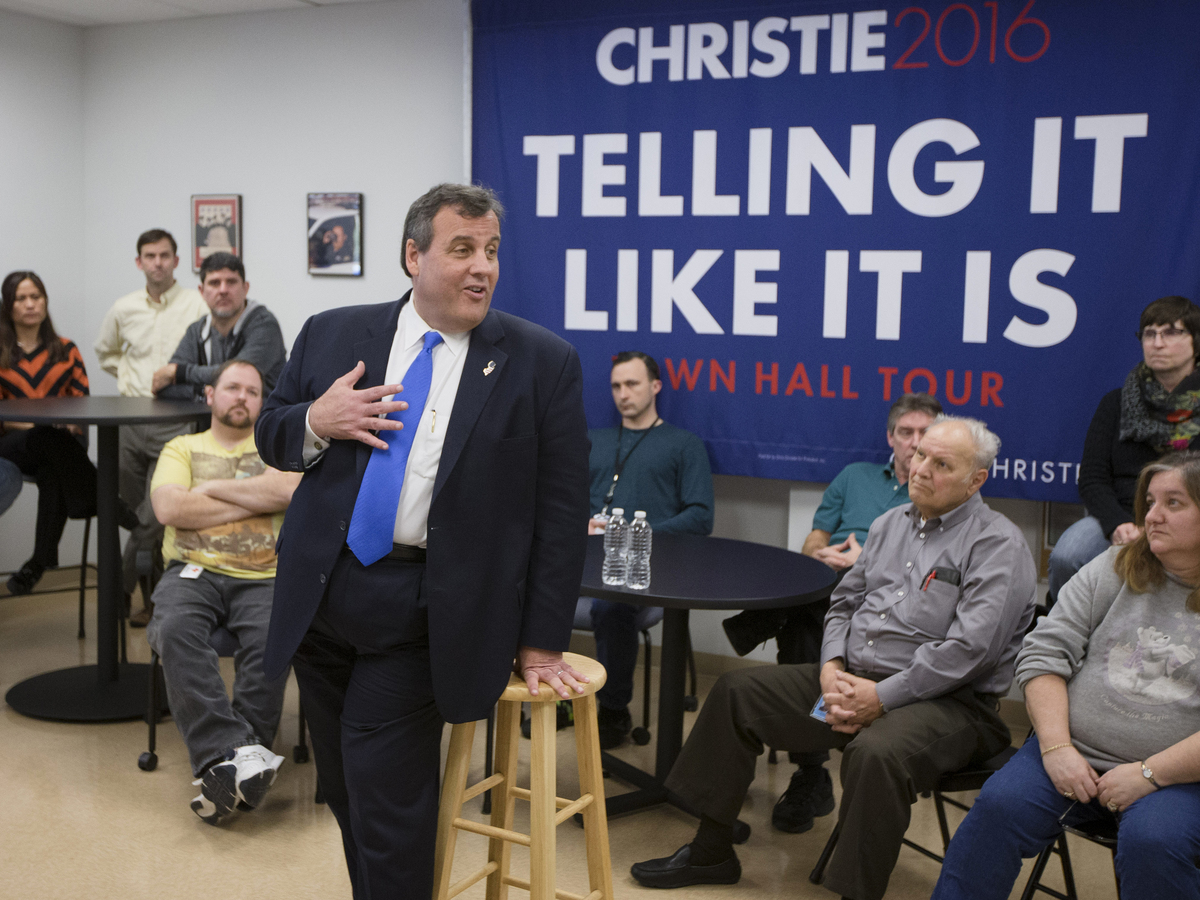 Need: Stand out as a leader. He's best when he seems to take over the room and make a bigger point.

Avoid: Sounding too much like a scold, getting into scuffles with lower-tier candidates (read: Kasich), which would make him look like a guy who barely made the cut; looking like the moderate

Need: Appear at ease and in the mix for the entire two hours; be prepared for the counterpunch

Need: Break out from the pack of the four vying for the establishment

Avoid: Being sidelined by Trump and the establishment types he's running against