Accessibility links
Texas' New Open-Carry Law Unpopular Among Some Gun Owners Gun-loving Texans fought hard for the right to strap handguns openly on their belts. Now that open carry is the law, some gun owners look down at the open-carry crowd as unsafe and uncouth. 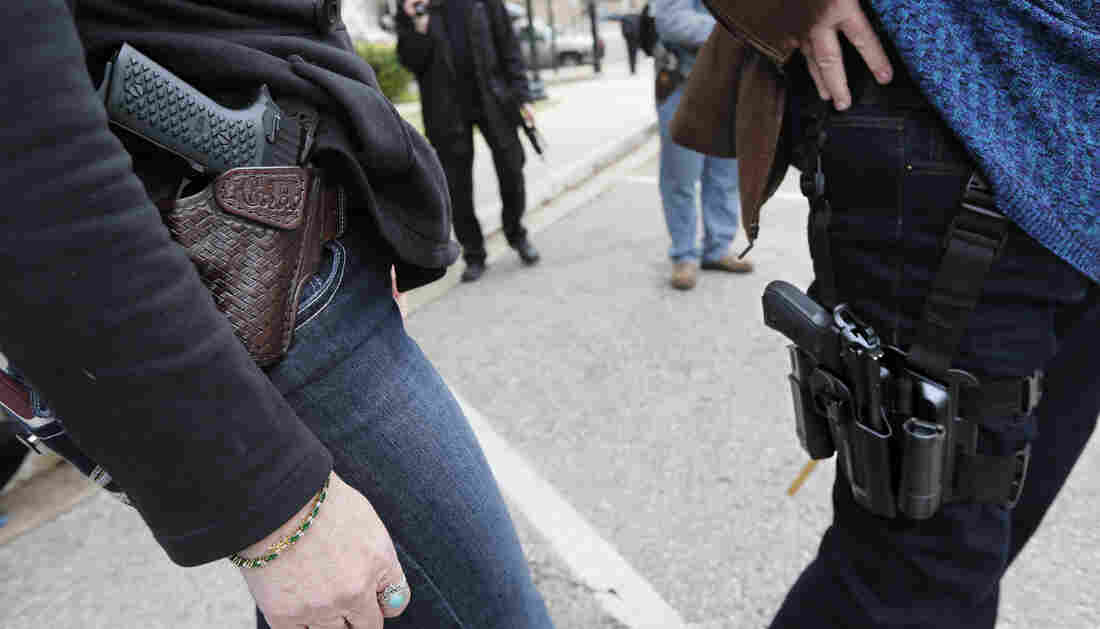 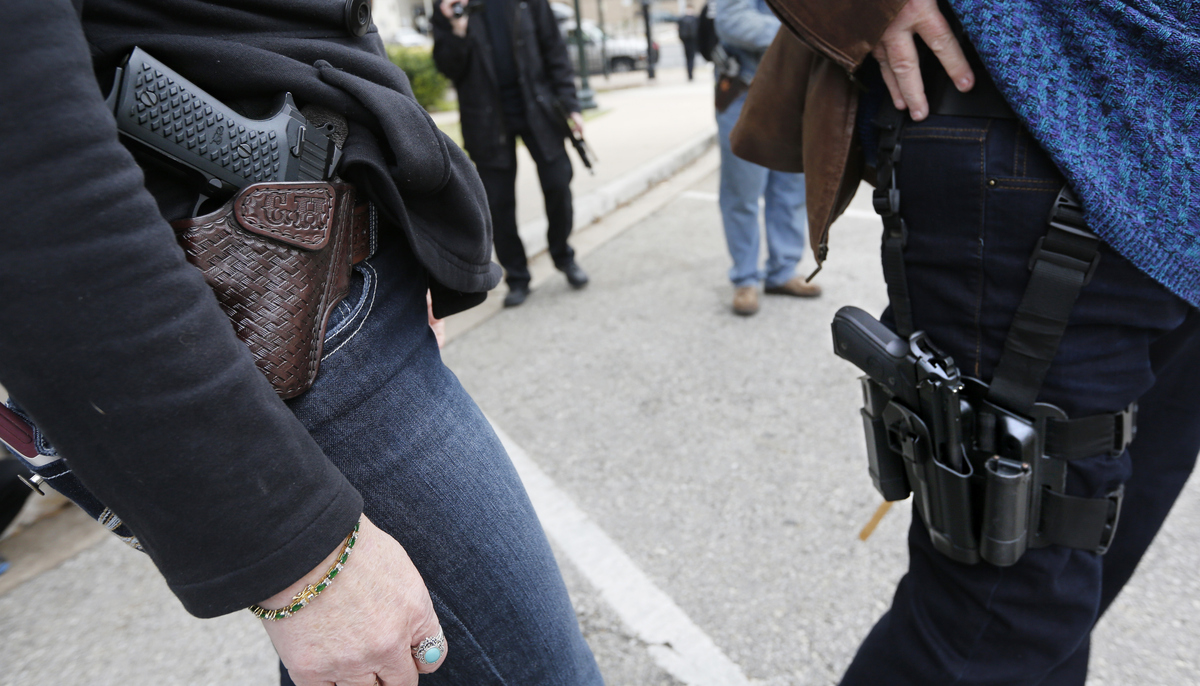 Last year, there were emotional protests for and against a law that would allow Texans to walk around with pistols on their belts. It passed, and on Jan. 1, Texas became the 45th state in the union to allow the open carry of handguns.

But in an unforeseen backlash, the new law may actually hurt the cause of handgun carriers.

The open-carry crowd says now people can better protect themselves, they don't have to bother with concealing a gun and, anyway, it's already legal in 44 other states, so why not in gun-loving Texas? For Michael Cargill and Trina Spells, handgun instructors and firearms enthusiasts who both openly carry handguns, they couldn't wait to take advantage of the law.

On a recent walkabout in an Austin Wal-Mart, no one really seems to be paying attention to the guns on their hips.

"There are no issues whatsoever," Cargill says. "No one panicked. It's not a problem."

In Campaign For Tougher Gun Laws, Advocates Focus On States

As the well-armed, African-American duo saunters out the exit doors, one shopper does a wide-eyed double-take, but he doesn't say anything. Yet even if the man had been bothered by a loaded handgun, Cargill shrugs it off.

Personal safety can cut both ways. Open carry is controversial among gun owners. Some say displaying a weapon in public discourages troublemakers. "An armed society is a polite society," they're fond of saying. Others say it invites trouble.

Say, for example, a bad guy walks into a convenience store where you're in line. "I would prefer concealed [carry] because I wouldn't have a target necessarily automatically painted on my back," says Sam Toups, a 25-year-old tech company worker who just got his handgun license. "Anybody with some working eyeballs can see, all right, that guy he has a gun and I need to take care of that first."

His girlfriend, Monica DeLeon, a 23-year-old student, also just got her handgun license.

"You're obviously just trying to get a rise out of someone. You're obviously just trying to make other people feel uncomfortable. And to be honest, you probably have a really small d***," DeLeon says. "I automatically think you're a stupid, low-self-esteem person because you need this big ole' truck or you need this big ol' gun to make you feel like a bigger person. I think it's silly, and I don't think it's safe." 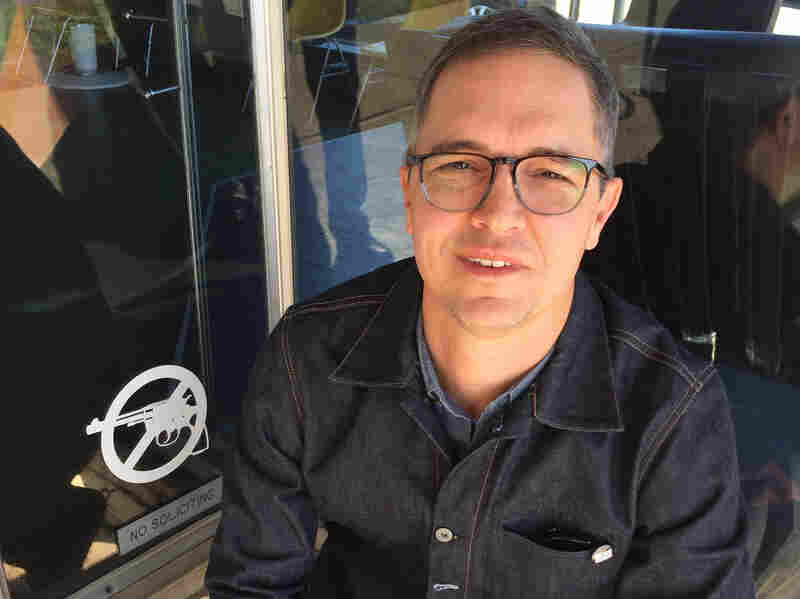 Michael Portman, co-owner of the Birds Barbershop chain in Austin, had tacitly allowed concealed carry in his chain's shops. Now, though, he has prohibited all guns. "My staff freaked out," he says. John Burnett/NPR hide caption 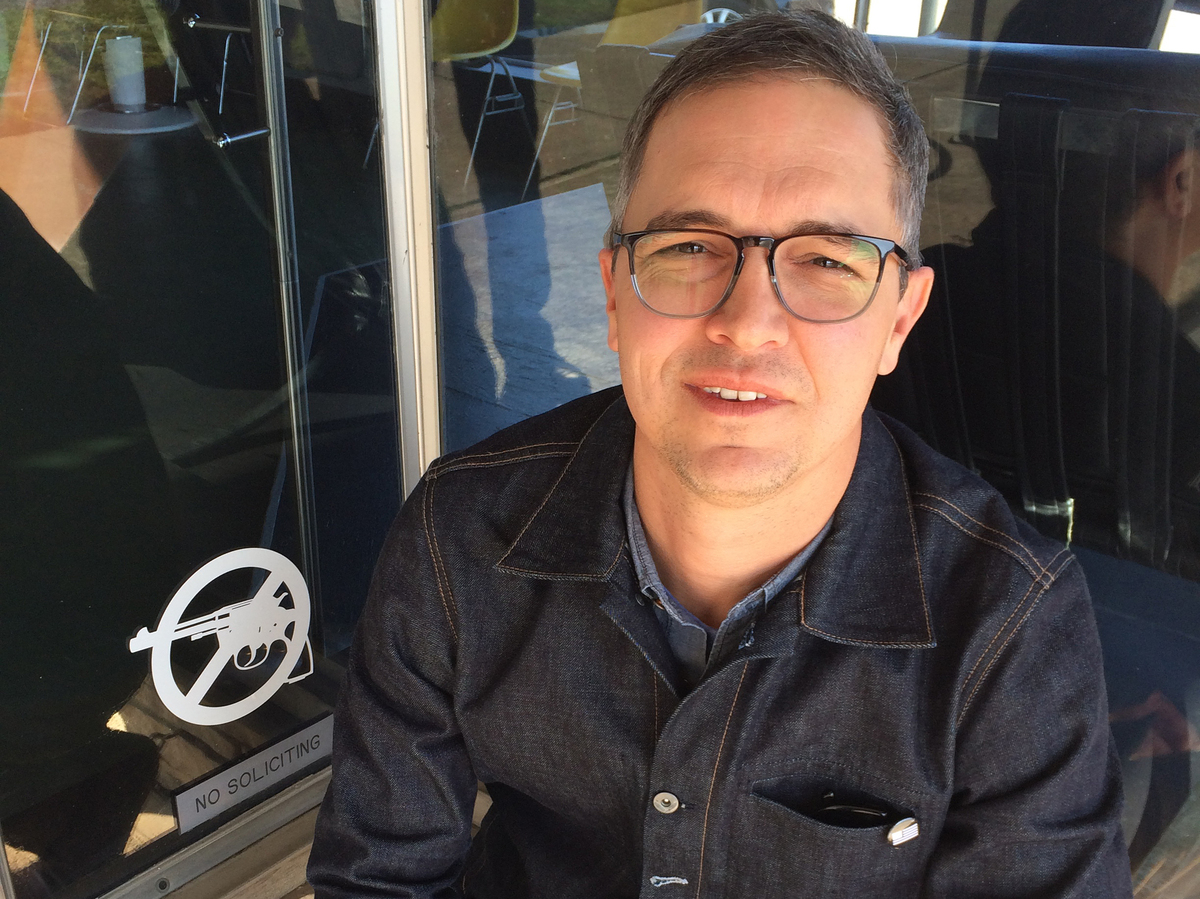 Michael Portman, co-owner of the Birds Barbershop chain in Austin, had tacitly allowed concealed carry in his chain's shops. Now, though, he has prohibited all guns. "My staff freaked out," he says.

Nearly 1 million Texans have license-to-carry permits — or about 3 percent of the state population.

But in the past few weeks, the streets of Texas have not turned into the O.K. Corral. I've been quizzing acquaintances and strangers all around central Texas, and have spotted only a few people openly displaying handguns.

Since the first of the year, some Texas businesses that formerly allowed concealed carry have now decided to ban every form of carry.

"What changed Jan. 1 was that my staff freaked out," says Michael Portman, co-owner of the Birds Barbershop chain in Austin. Before the law, he tacitly allowed concealed carry in his chain's seven shops. Now he has prohibited all guns.

"And this is not a political issue for us as a business. It's a matter of the comfort of our staff, and they're not comfortable with guns in barber chairs — open carry or concealed. As they move around with scissors and reach over them with buzzers, it just doesn't mix," he says.

One gun owner complained on a Web forum for Texas handgun license holders: "The lid is off this can of worms and it will never go back. I hope the right to walk around looking like Wyatt Earp is worth it to the open carry folks, because a lot of us are losing our right to conceal carry."