Accessibility links
After The Diagnosis: How Families Experience Autism Raising a child with autism can test families financially and emotionally. NPR's Rachel Martin speaks with parents of children with autism, and a young woman who was diagnosed later in life. 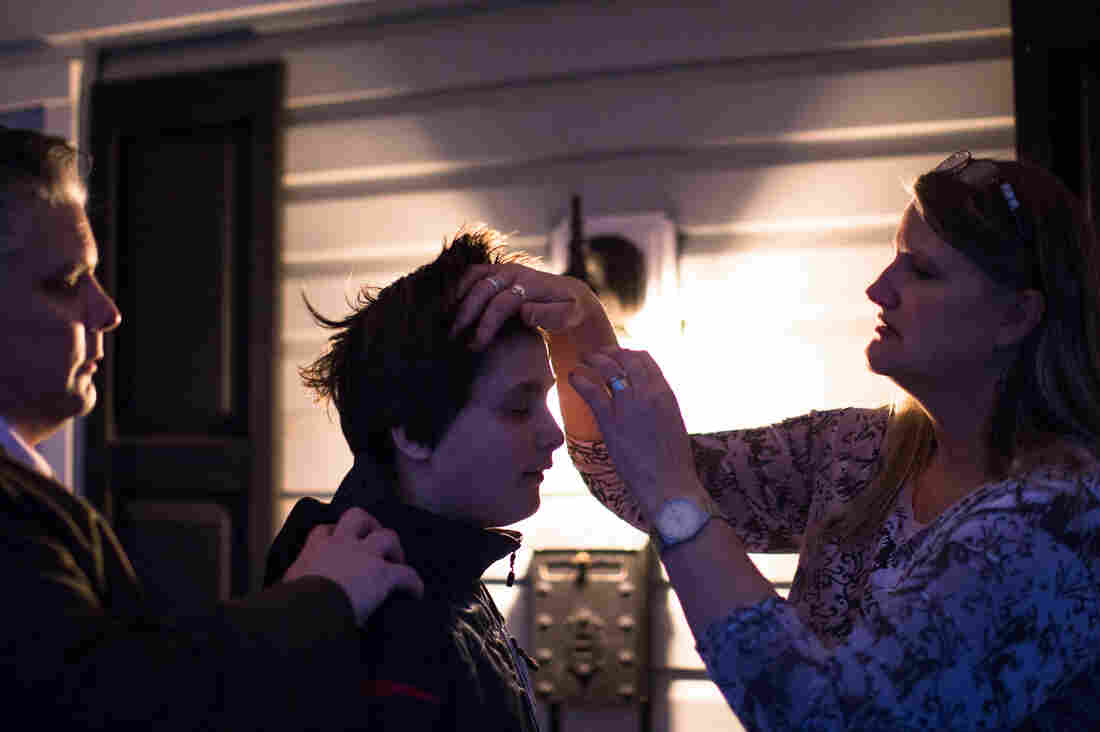 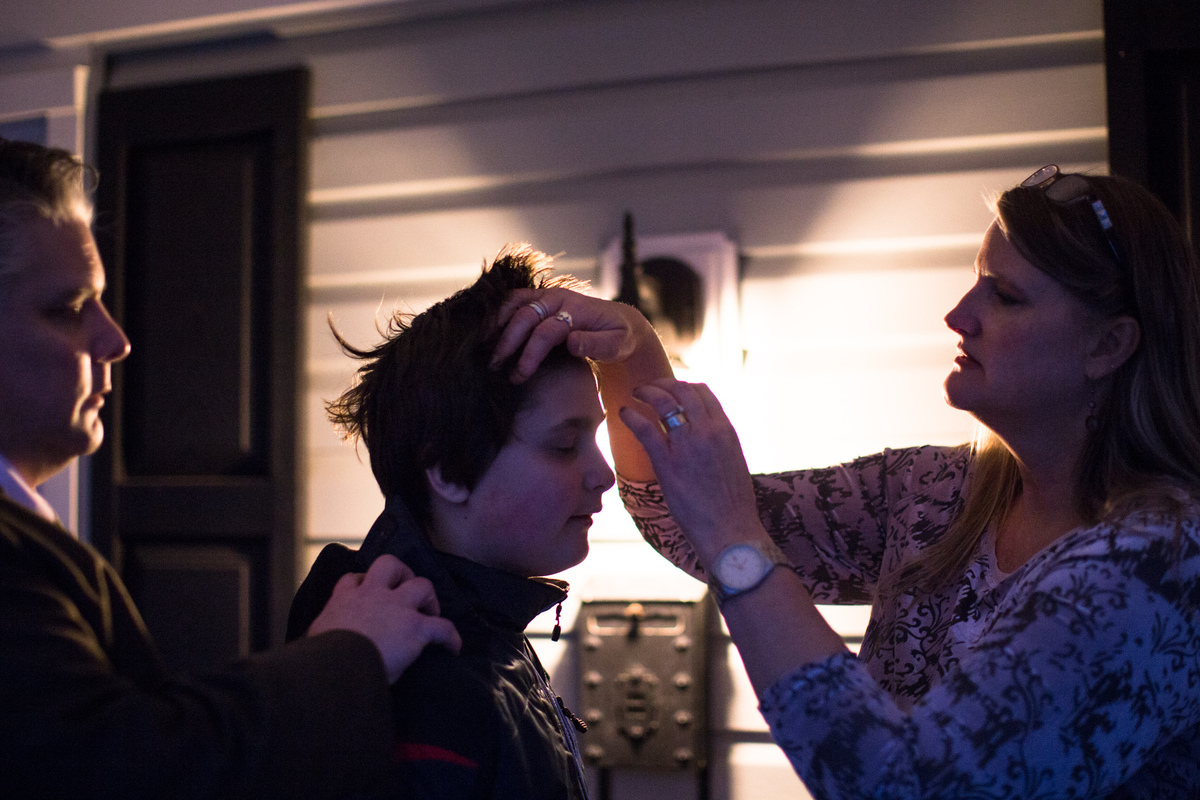 The Hammetts smooth out stray strands of hair on Francis' head.

Raising kids is rewarding and raising kids is hard. That work is compounded when you have a child with autism. And each of these families experiences the disorder differently.

On Saturday, we heard four parents share the moment they learned their children had autism, and the signs that led them to seek a doctor's opinion. Now, we learn their experience following the diagnoses, the resources they found and help they still need.

Hear more from two of these parents about the trying journey that follows the diagnosis.

This week on For the Record: caring for a child with autism. 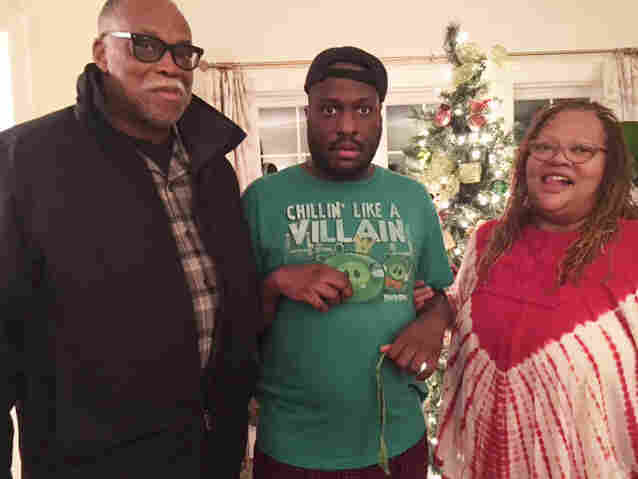 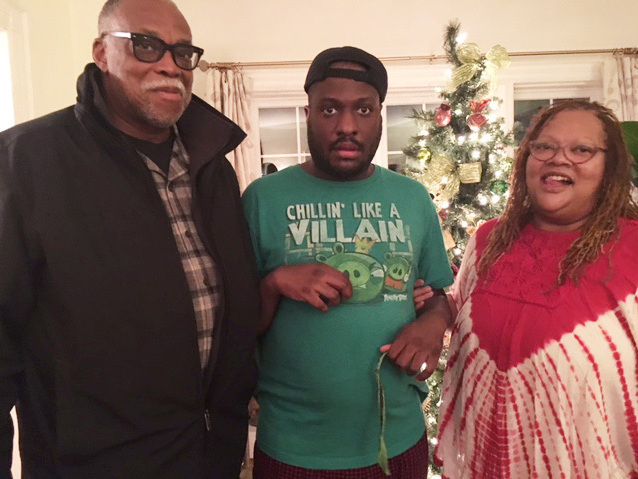 Quintin was diagnosed with autism when he was 2 years old.

"His name is Ronald Quintin Hampton," Ron Hampton says. "We call him Ron, we call him Quintin, we call him Boo. He has such a personality so, I think that's why he has, these variety of names."

"Francis is a sweet, loving kid," says Christy Hammett. "He is just awesome. He is a big boy and he is quite a lover."

She's been learning how to navigate the behavioral challenges of autism for more than a decade now.

"That's terrible when they start taking off their clothes like in the middle of like the store or school or anything," says Hammett. "Francis's biggest thing was the shoes. The shoes would come off and they'd get thrown across the classroom or thrown across daycare."

Ron Hampton's son is 31 years old and things like this still happen.

When Ron took Quintin to the ENT clinic recently, he needed to go to the bathroom, so he went in his diaper.

"The Depends caught most of it, but some of it came out, you know ran over, and so he was standing there once he realized and felt the wetness on his leg he took his stuff off," he says. "Fortunate, for me, there was a bathroom nearby so I rushed him into the bathroom wiped him up a little bit and I put the fresh stuff on him and then we went to our appointment."

Families Describe How They Felt Hearing About An Autism Diagnosis

Ron says he doesn't get frustrated or embarrassed by his son's behavior. It doesn't help because it doesn't change anything.

Beyond emotional pressures, the financial pressures are also very real. Christy had to leave her job for a while to cut costs. She carries a flip phone and for a while her family didn't have Internet at home. Ron and his wife worked full-time while caring for Quintin.

But both the Hampton and the Hammett families had to get outside help to deal with the pressure of the daily routine. It goes something like this.

After Francis picks out his own clothes, Christy makes him breakfast.

"I make him a waffle, maybe sausage bacon salmon cakes, he likes to put it in his oatmeal sometimes," she says. "Usually the bus comes around 7:30-ish. So he goes to a service center so he's not sitting in the house all day doing nothing. And then he's usually home between 4 and 4:30. And then he's ready for bed. So then we start all over again the next day."

Christy says it's not easy for her and her husband to accept that her son may need this kind of supervised routine forever.

"I would hope that he could make it into a group home eventually and that he could be able to get a job, you know something that he would enjoy, maybe working at a pool because he likes water," she says. "I don't know what else you know he could do."

These pressures have weighed on the Hammetts' almost 22-year marriage.

"[My husband and I] need each other and we depend on each other far more than I think we even realize," Christy says. "We're getting through this, because this is what God has given us and we were designed to be Francis's parents."

Like Quintin and Francis, Savannah Logsdon-Breakstone, now a social media contractor, struggled a lot as a child. But she didn't get her diagnosis as quickly as they did. 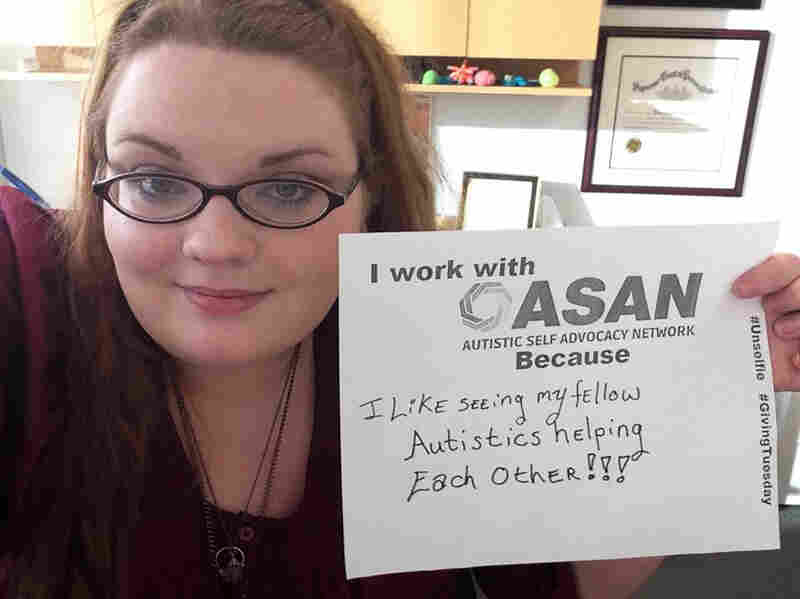 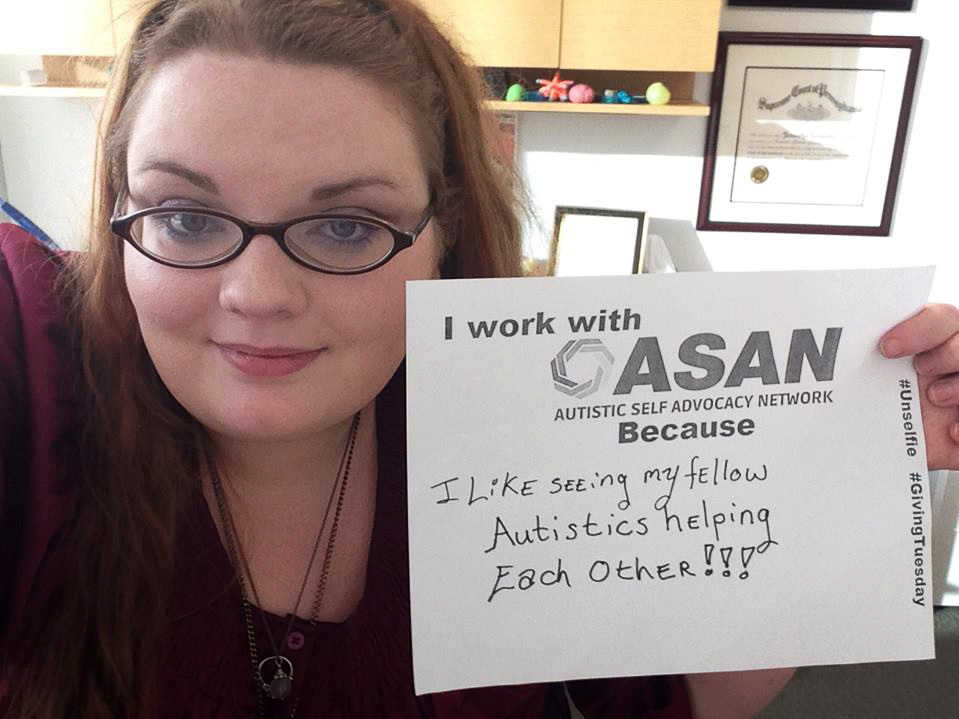 "I would do things like charge at people, not intending to hurt them, but because I wanted to get past them," she says. "I would tap my head on walls, I would hide under things ... I was what some parents describe as 'scary kids.' "

While the signs were there, it took a while to figure out what was going on.

"They were changing mental health diagnoses about every six months," she says. "And it got to the point where I did not really feel attached to any specific diagnosis because I knew it would change. I was put on a lot of different psychotropic medications and that would change every three months."

With a lot of help, Savannah graduated from high school. She was eventually diagnosed with autism. She tried college, but it was too hard to be on her own and moved back home into her own place. Still, having her parents nearby is a big help.

"When I am not getting help, my kitchen becomes dangerous. There ends up being garbage everywhere, and dishes don't get done," she says. "My family will come in and help clean and help organize things, they'll make sure the garbage goes out, that sort of thing. My mom's current husband actually manages my finances because it is not something that I am able to do."

She has some ideas in mind for her future, too.

"I know I want a big enough yard so I can have chickens," she says. "I hope that I can have a significant other who compliments me in ways so that I'd be able to have children someday, so I mean those are pretty vague goals for the most part but you know that's what I want my future to be."

We'd like to hear about your experience with autism. If you're willing to share, you can add it here.