Accessibility links
Superlatives Notwithstanding, Even 'The Force' Has Its Limits NPR film critic Bob Mondello has been listening to the Star Wars hype train. Here's why he isn't climbing aboard. 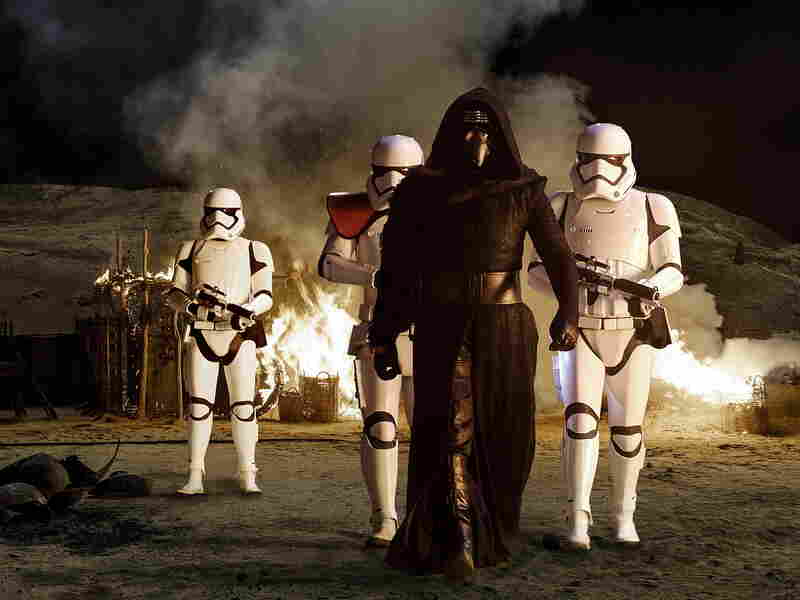 Spoiler alert. The Force Awakens is far from being the biggest film of all time. David James/LucasFilm hide caption 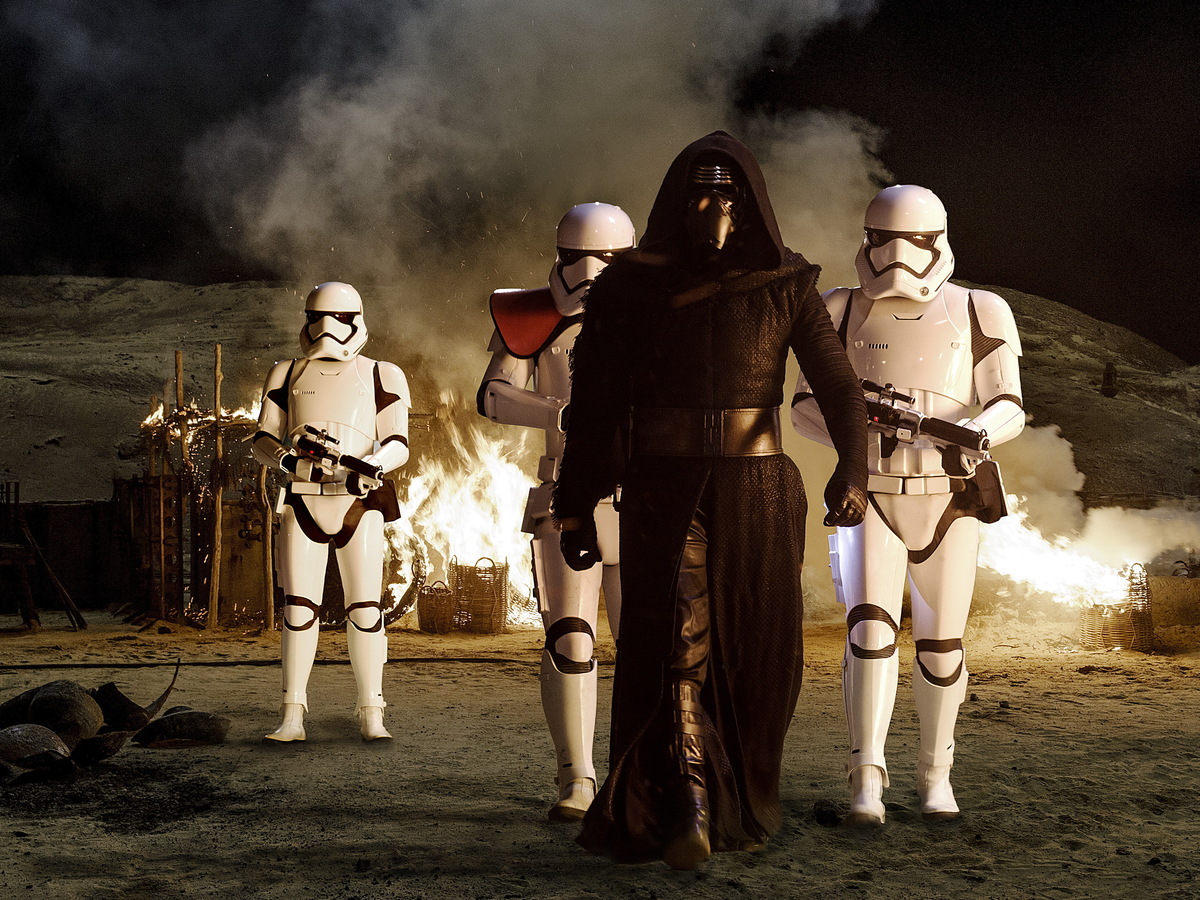 Spoiler alert. The Force Awakens is far from being the biggest film of all time.

Biggest, fastest, highest, most — it's hard to talk about The Force Awakens without superlatives. No question the Force is strong with this one at the box office. But would it surprise you to learn that despite all the records it's been setting, The Force Awakens went into this holiday weekend as only the third biggest Star Wars movie in terms of attendance? Or as cute as that adorable soccer ball with personality BB-8 is, just as many millions of people have gone "awwwww" at the puppies in 101 Dalmatians?

The Force Awakens is big, make no mistake, but biggest? Well, certainly not yet. In attendance, according to boxofficemojo.com, it hasn't even cracked the top 10 yet if you include the re-releases of older films. And it's had nothing like the same social impact. Lots of people talk about "adjusting for inflation" when they compare box office figures, but forget about dollars. I'm talking butts in seats. Charlton Heston put roughly as many butts in seats racing chariots in Ben-Hur. And over time he put many, many more butts in seats parting the Red Sea in The Ten Commandments.

Those seats were filled mostly in the 1950s, when the population of the U.S. was about half what it is now. So it was much tougher to rack up attendance numbers over a hundred million. Not to mention that Heston's biblical epics played downtown for months in exclusive, reserved-seat engagements before they ventured out to the places people actually lived. It was considered downright modern in the 1960s when movies opened right off the bat in the suburbs. When I went to Clark University, there were two — count 'em, TWO — movie screens anywhere near our campus in Worcester, Mass., and for very nearly my entire freshman year — and believe me, I remember this — one of them was playing Doctor Zhivago. The other was playing Sound of Music.

Different world, obviously. But note that even without the advantage of playing in thousands of multiplexes (which hadn't been invented yet), both of those films — and again, we are talking multiple releases — were seen by tens of millions more people than have seen The Force Awakens so far. So were two films that scared baby boomers silly a decade later — Jaws and The Exorcist.

Even after all that, when the original Star Wars came along, it opened on fewer than 50 screens nationwide. But it was such a huge hit that on its way to becoming the second-most-attended film in U.S. history, it really did change the film industry — the way movies were released, and merchandised. It rewrote the rules. That's not going to happen with The Force Awakens, which is just going to sell a lot of toys and make the Disney organization a pile of cash. It is going to do that reeeeeally fast. That's the big change this time. In 1977 the original Star Wars stayed in theaters all summer, churning out practically the same numbers every weekend. This one's dropping 30 to 40 percent each week. It's still huge — approaching 100 million admissions — but it's going to play itself out a lot faster. Which means, if I can do a little crystal-ball gazing, that it will not — not even with a couple of re-releases in a few years — match the granddaddy of all blockbusters. 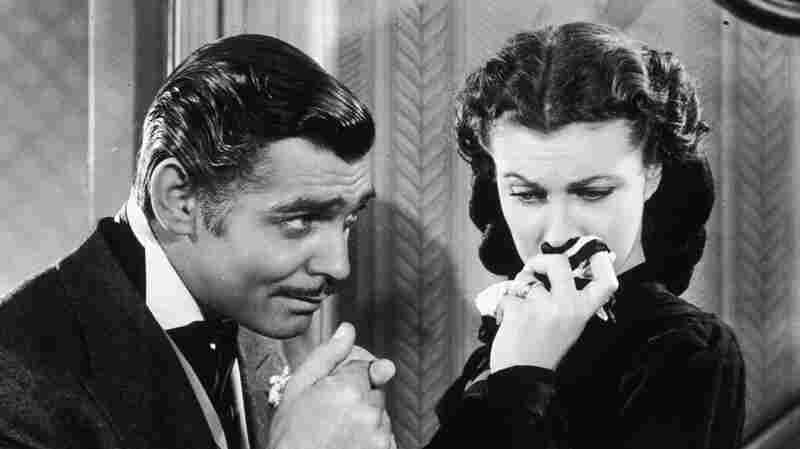 Gone with the Wind has sold more than 200 million tickets — most of them back when there were far fewer people on the planet. Hulton Archive/Getty Images hide caption 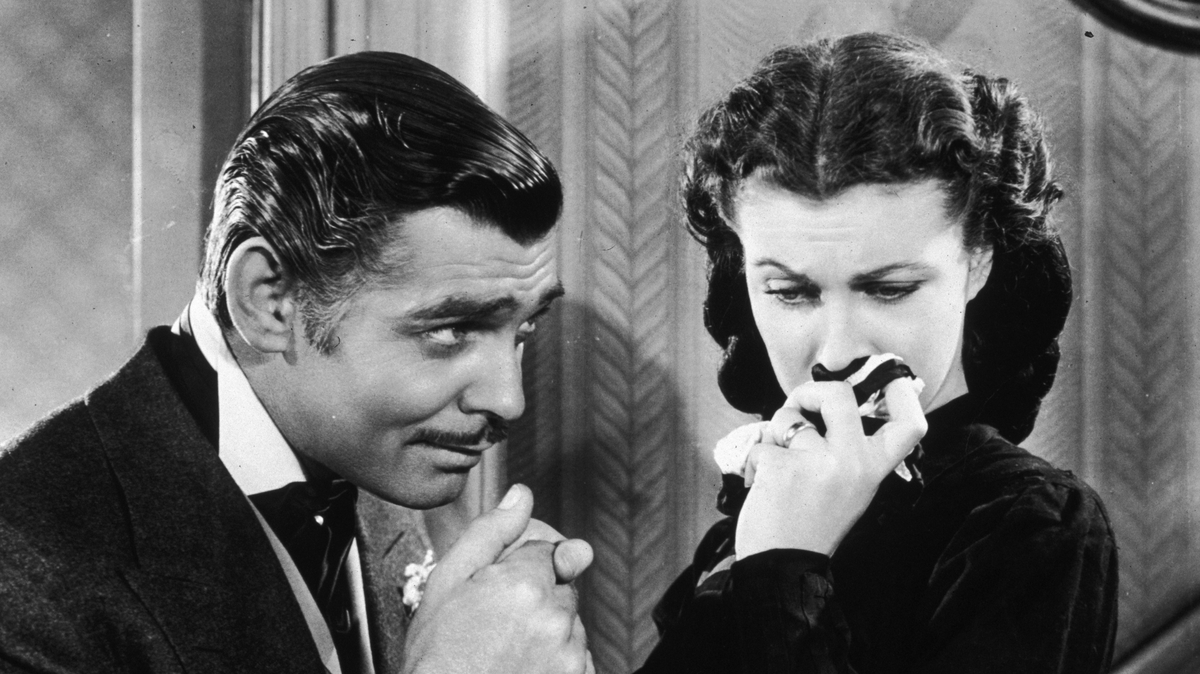 Gone with the Wind has sold more than 200 million tickets — most of them back when there were far fewer people on the planet.

Gone With the Wind has sold more than 200 million tickets in its many releases. And it sold most of them back when there were far fewer people on the planet. In 1939, the city fathers of Atlanta welcomed Clark Gable and Vivien Leigh to Gone with the Wind's world premiere with a parade that reportedly attracted 1.5 million spectators. For the record, the population of Atlanta back then was barely one-fifth of that. Disney, by comparison, threw a block party for a few thousand invited guests when it premiered The Force Awakens. Might want to keep that in mind as the media reports on the history-making return of the Star Wars franchise.

History, it seems, is also a Force to be reckoned with. May the hype be with you.