Accessibility links
For Growing Partisan Divide, The Bridge Is Still Out President Obama has spoken frankly about his regret at the broken politics in America, and he's not alone in his concern. There's no shortage of finger-pointing about the roots of the partisan rancor. 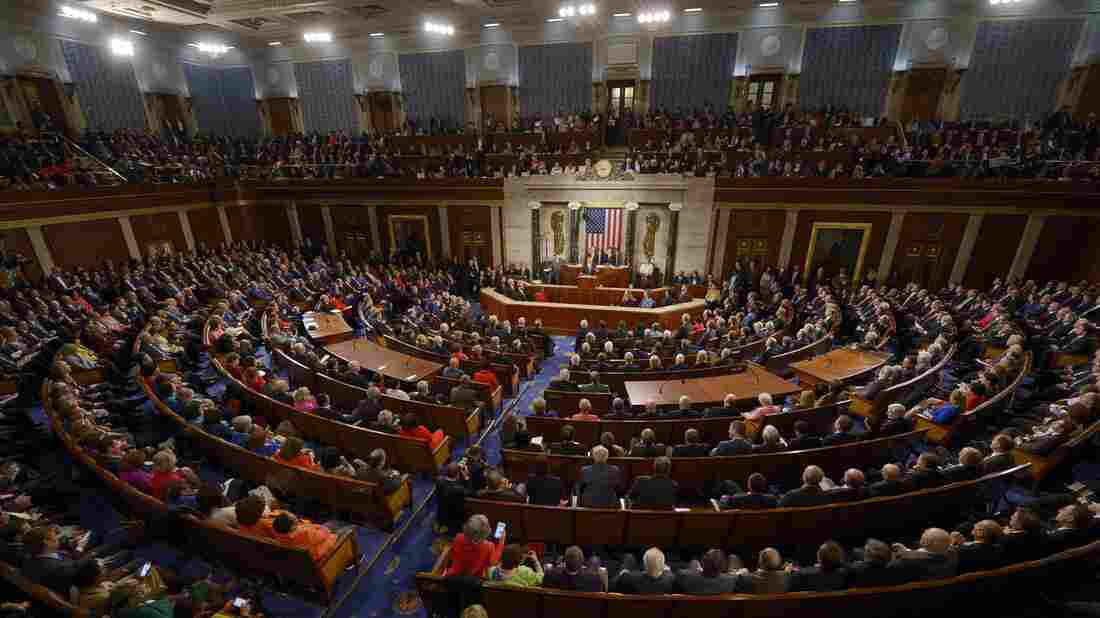 President Obama delivers his final State of the Union address last week at the Capitol. He said one of the regrets of his presidency was that the "rancor and suspicion between the parties has gotten worse." Saul Loeb/AFP/Getty Images hide caption 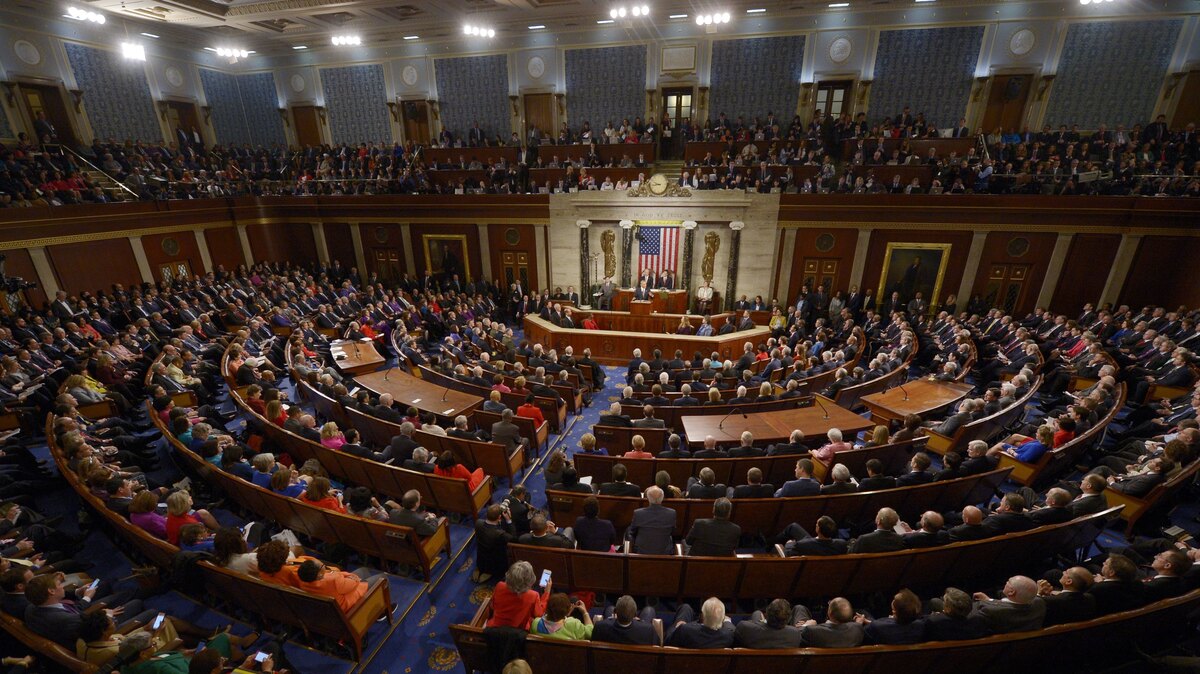 President Obama delivers his final State of the Union address last week at the Capitol. He said one of the regrets of his presidency was that the "rancor and suspicion between the parties has gotten worse."

President Obama says one of his biggest regrets is the growing polarization in American politics.

"I have, as president obviously, done soul-searching about what are things I could do differently to help bridge some of those divides," Obama told supporters at a town hall meeting in Baton Rouge last week. And he's not the only one worried by the deepening fault lines.

"We're not mad. We're just worried," Lott says. "We think we've reached a crisis point. If we don't change the dynamics in Washington and around the country, we're in real jeopardy."

There's plenty of finger-pointing about the roots of the partisan rancor. Lott complains that Obama bears some responsibility, since he's not a natural glad-hander and has made little effort to cultivate members of Congress.

GOP lawmakers still chafe about the time Obama curtly ended a conversation with Eric Cantor, who was then a Republican House leader. At a White House meeting early in Obama's tenure, Cantor tried to revive an argument that John McCain had made during the 2008 campaign.

"The president turns to Eric Cantor and he says, 'Elections have consequences. And, Eric, I won,' " recalls former White House spokesman Bill Burton.

But if Obama did little to build bridges, Republicans put up their own roadblocks. At Cantor's urging, they voted unanimously against the health care law and nearly so against the stimulus, even though both incorporate some Republican ideas.

"He did everything he could to derail anything from happening at all," Burton says of Cantor.

Political analysts argue that political parity is part of the problem. Control of the House or Senate has flipped eight times since 1990. And that makes lawmakers in the minority reluctant to cut deals, since they can imagine retaking the majority within a couple of years.

"Why go for half a loaf when you can hold out for the whole loaf if you gain control of government?" says congressional expert Sarah Binder of the Brookings Institution.

But the partisan division on display in Washington is not just a product of Beltway gamesmanship. It also reflects a deepening divide throughout the rest of the country.

"I can barely talk to my brother-in-law because he's such a left-wing, liberal Democrat," Lott says. "We had to swear to the sisters that we're married to that at the Thanksgiving dinner table we wouldn't talk politics. And I think that's all over the country. Talk about the center not holding? There ain't no center anymore."

That's an exaggeration, but the center is shrinking. A massive survey by the Pew Research Center finds fewer Americans in the political middle, while more are taking sides on the right and the left. What's more, people at opposite ends of the spectrum are the most politically active, and their increasingly straight-ticket viewpoints almost define separate tribes.

"The more conservative you are on foreign policy, the more likely you are to be conservative on social issues, on economic issues, on the role of government," says Pew President Michael Dimock. "These dimensions, many of which had very little correlation with each other in the past, are getting increasingly aligned."

Researchers also point to a strong overlap between politics, lifestyle and even choice of neighborhood, so it's becoming less likely that Americans cross paths on a regular basis with people who see the world differently.

"If we in fact are surrounding ourselves increasingly with like-minded people, that becomes another factor that can potentially create distance between 'our side' and 'their side,' " Dimock says.

People who are concerned about this growing polarization suggest a variety of remedies: from lawmakers spending more time together in Washington with their families to mandatory public service for teenagers to encourage civic involvement. Critics agree that unless Americans can bridge the political and cultural gulfs dividing them, it will be hard to build the consensus needed to tackle any other big problems.