Accessibility links
Alaska Faces Budget Deficit As Crude Oil Prices Slide Alaska may overhaul the way it spends its oil wealth. While the state has a lot of oil, the price of oil has dropped so much that the state now has a $3.5 billion deficit — two-thirds of its budget. 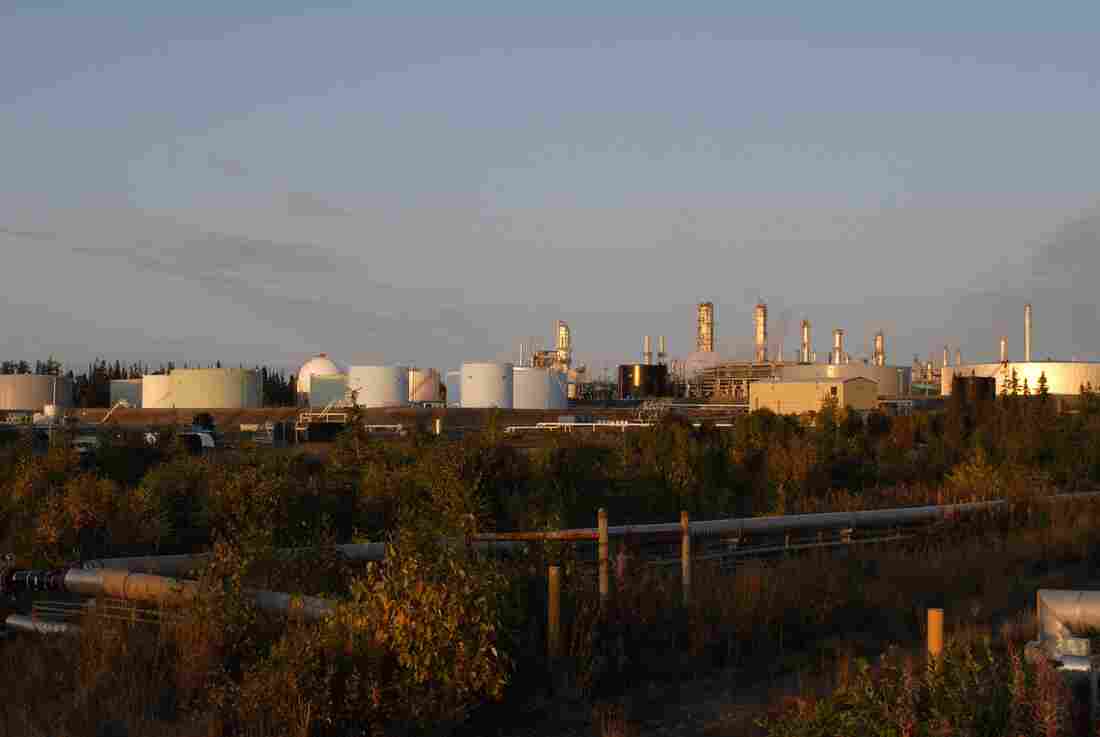 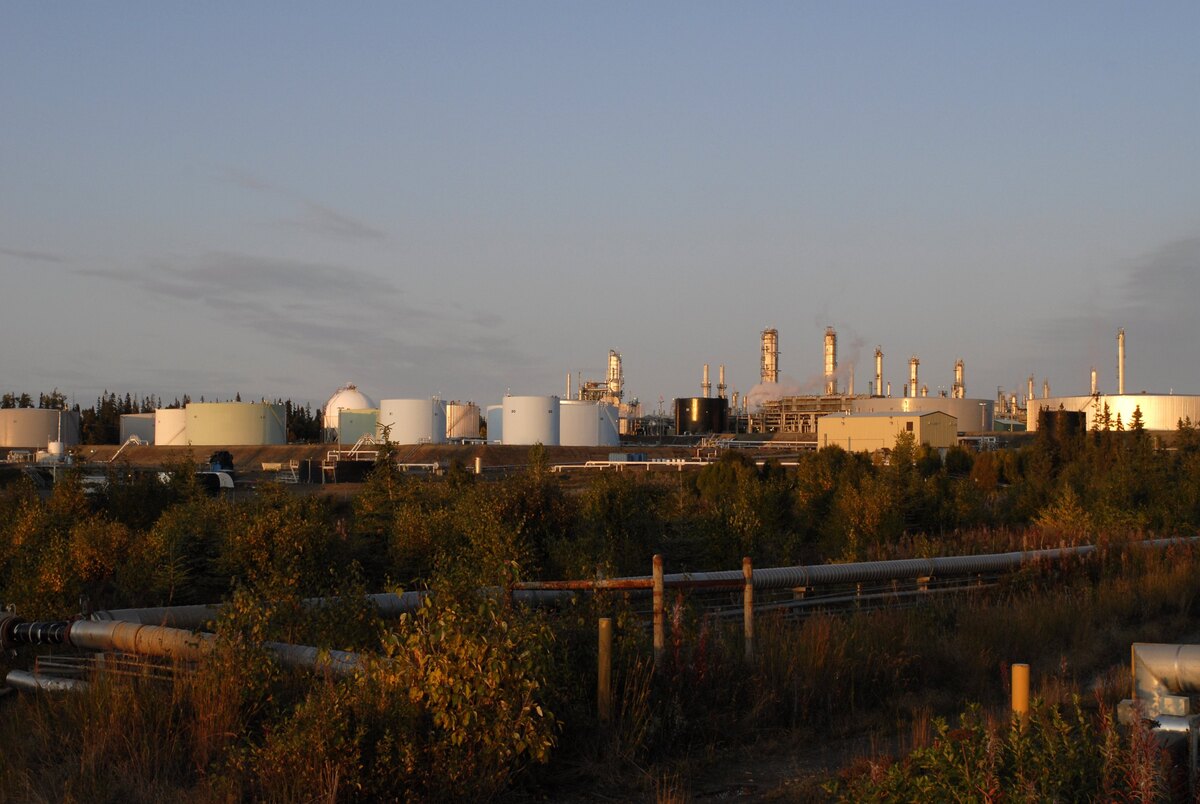 The Tesoro Refinery at Nikiski in Kenai, Alaska, in 2008.

For decades, Alaska has relied on oil to pay its bills. In recent years, up to 90 percent of state spending came from oil revenue. With crude prices at a 12-year low, the state faces at least a $3.5 billion deficit — or two-thirds of its budget.

Lawmakers gathering in Juneau on Tuesday face some unpopular choices, including the first income tax in decades.

To understand why Alaska has a budget problem, stop by any gas station. In Anchorage, gas sells for $2.30 a gallon. A year and a half ago, people here were shelling out more than $4 a gallon. And that's the problem.

Tour guide Lynne Jablonski stopped to fill up her car.

"It's a mixed feeling, right? Because it's a great thing when I look at my credit card bill, but it's not so good for the state that the oil prices are so low," Jablonski says.

As crude prices have dropped, the state's budget has tanked. So America's most oil-dependent state is trying to figure out what to do.

Alaska always knew this day would come. When companies struck oil in Prudhoe Bay in 1968, leaders worried how to manage the windfall.

"You've got to remove the money. Put it behind a rope where you cannot utilize it for flamboyant expenditures," says Jay Hammond, Alaska's governor, speaking in 1980. Hammond helped create the Permanent Fund. Call it Alaska's retirement account. Each year, a share of oil money is set aside. The fund has grown to about $50 billion — and the state isn't allowed to touch it, just the earnings.

Hammond saw it as a source of income for when oil ran out.

In the past 40 years, those earnings have been used for pretty much just one thing: Everyone in the state receives an annual share. Last year's check was more than $2,000. If the state wants to use the fund's earnings to cover the deficit, it will reduce that dividend.

Back at the gas station, Dave Niebert filled up his tank. He puts his daughter's check each year into a college fund.

"I'm a long-term Alaskan, been here my whole life, and I've gotten every one of the Permanent Fund checks, so I think they can look elsewhere," Niebert says.

There aren't many places to look. Alaska remains the only state without either an income or a sales tax. Even if it had both, the tax base isn't big enough. Only about 740,000 people live here.

With oil down, earnings on the state's savings are now the single largest source of income.

Alaska Gov. Bill Walker wants to turn those savings into a kind of endowment, to generate a fixed income.

"It basically puts Alaska on an allowance, and so we stop making our day-to-day decisions in government based upon the price of oil," he says.

The plan wouldn't solve all the budget problems. So Walker has proposed new taxes, including the first income tax since 1980.

That's a tall order anytime — and this is an election year. The Legislature's Republican majority opposes new taxes and wants deep cuts first.

Democrats, like Sen. Bill Wielechowski, argue that before the state goes after Alaskans' PFD — or Permanent Fund dividend — it should demand more of its biggest industry.

"I have a hard time going back to my constituents and saying, 'Yeah, I'm sorry, I have to take your PFD so I can continue to give tax credits to the largest, wealthiest corporations in the history of the world.' That's not going to fly in my district," he says.

It's not clear it will fly anywhere. But if it does, the last frontier could find its fate a little less tied to the price at the pump.