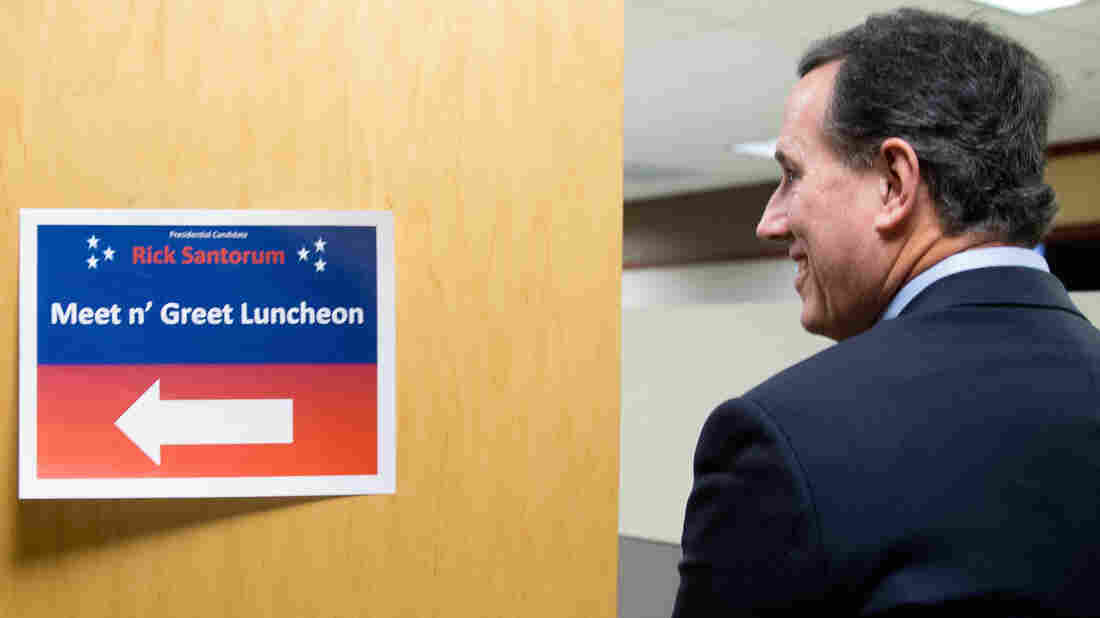 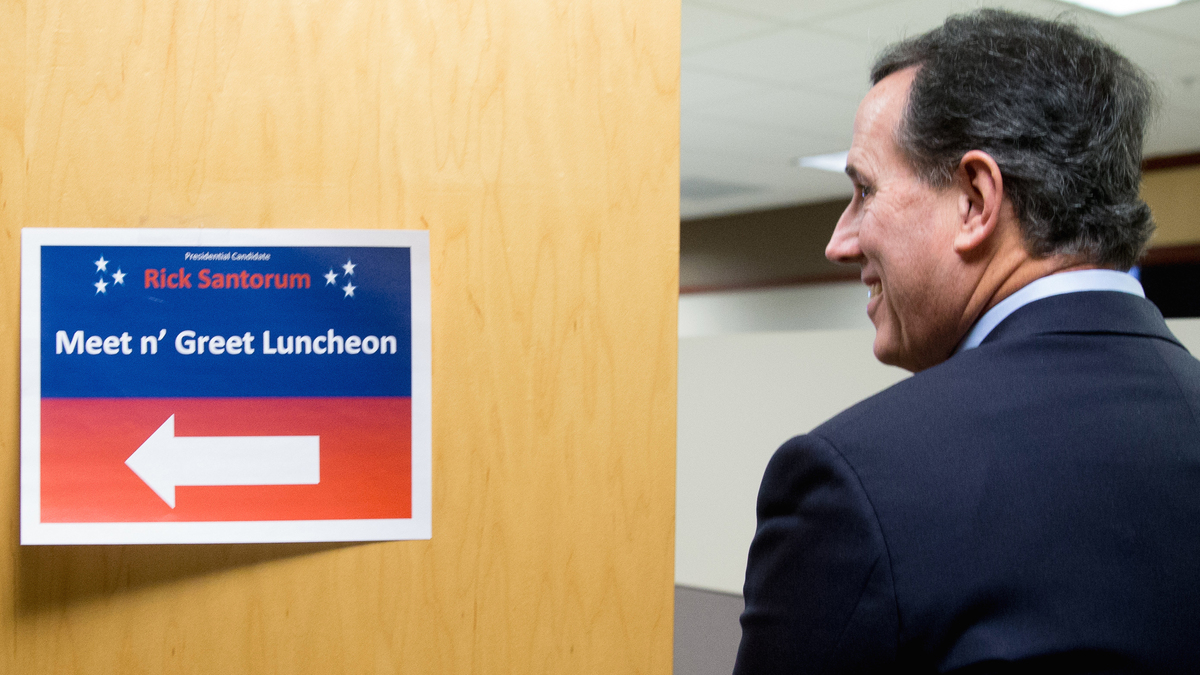 In a race where seemingly every Republican candidate took a turn at the head of the polls, Santorum peaked at just the right time. He won a razor-thin race in Iowa, proclaimed "game on" to a caucus-night crowd, and went on to be 2012's GOP runner-up.

Things are different this time for the 2012 caucus victor.

With poll numbers low and consistent relegation to undercard debates, Santorum often finds himself justifying his campaign's continued existence. "People say, why are you still doing this?" Santorum told a couple of dozen people at a Des Moines meet-and-greet last week. "Well, I remind people I was in the low single digits four years ago at this time, three weeks out."

The two-term senator has to be thinking he has a lot of qualities Republicans are looking for this year. They're angry, and often, so is he. "You know why Donald Trump is connecting?" he asked the Des Moines crowd, his voice rising. "Because people are sick and tired of being lied to. They're sick and tired of political correctness."

In fact, when he talks about the Middle East, it's not an exaggeration to call Santorum's talk apocalyptic.

Look, I understand it's a very, very, very different environment than four years ago.

"Both ISIS and Iran are fundamentalist Muslims, who believe that soon the Mahdi, their savior, is coming back at the end of times for the purpose of leading the final conquest of the West," he told the crowd, which mostly consisted of college students. "You don't hear this reported. You don't hear any politicians or the president talk about it."

Santorum has been focused on terrorism and Iran policy for decades, and that's what the race is all about right now.

It's true that most voters know him for his hard-line stances on social issues like same-sex marriage and abortion. "But when I left the United States Senate in 2007," he said, "you know what I did? I joined a think tank and wrote about radical Islam for four years."

So far, Santorum's 2012 success hasn't translated to this race. As fellow candidates debate two of his pet issues in prime-time debates, Santorum has been stuck watching on television, having already sparred in the earlier, lower-rated "undercard" debates.

Last-minute surges or collapses aren't uncommon in Iowa, but Santorum's 2012 rise still took everyone by surprise.

The Des Moines Register had already mocked up its headline for Selzer's Iowa Poll when she brought the final numbers in a couple of days before the caucuses. "And when we came in and said you need to add Santorum to the picture, their jaws just dropped open," she said.

Santorum prevailed by earning support from evangelical voters, a powerful bloc in the caucuses.

But this time around, those people appear to be looking elsewhere. Among people who caucused for Santorum in 2012, Selzer said the latest Iowa Poll shows "they are more likely to say they are supporting Ted Cruz than any other candidate, by 4-to-1."

Cruz has many of the same characteristics as Santorum: He's a hawkish sometimes bomb-thrower, who plays well with evangelicals.

"Look, I understand it's a very, very, very different environment than four years ago," Santorum recently told reporters. "And people say that's not going to work this time. Well, we'll wait and see."

The former senator still has his backers.

Des Moines lawyer Bill Brown supported him in 2012 and said he's sticking with the Pennsylvania politician. Brown said he's wary of the relative inexperience of the candidates on top of the Iowa polls. "We need somebody who really can deal with what they're dealt with in the Congress, and work their way through it," he said.

Buoyed by people like Brown, Santorum is determined to keep plugging in Iowa, doing town hall after town hall, even if only a handful of voters show up. "And hopefully," Santorum said, "impressing people enough so they'll go out and say, 'Hey, now I know why I voted for that guy last time around.' "