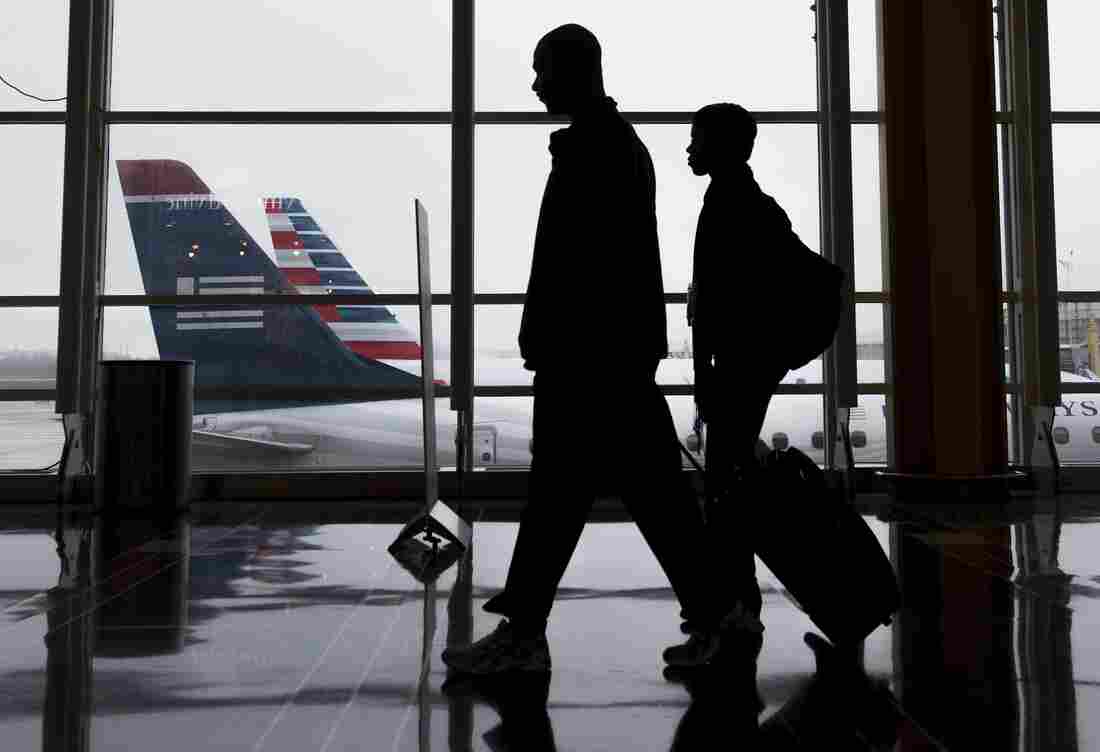 Passengers walk through the terminal as they head to their flights at Reagan National Airport in Arlington, Va., on Dec. 23, 2015. Saul Loeb/AFP/Getty Images hide caption 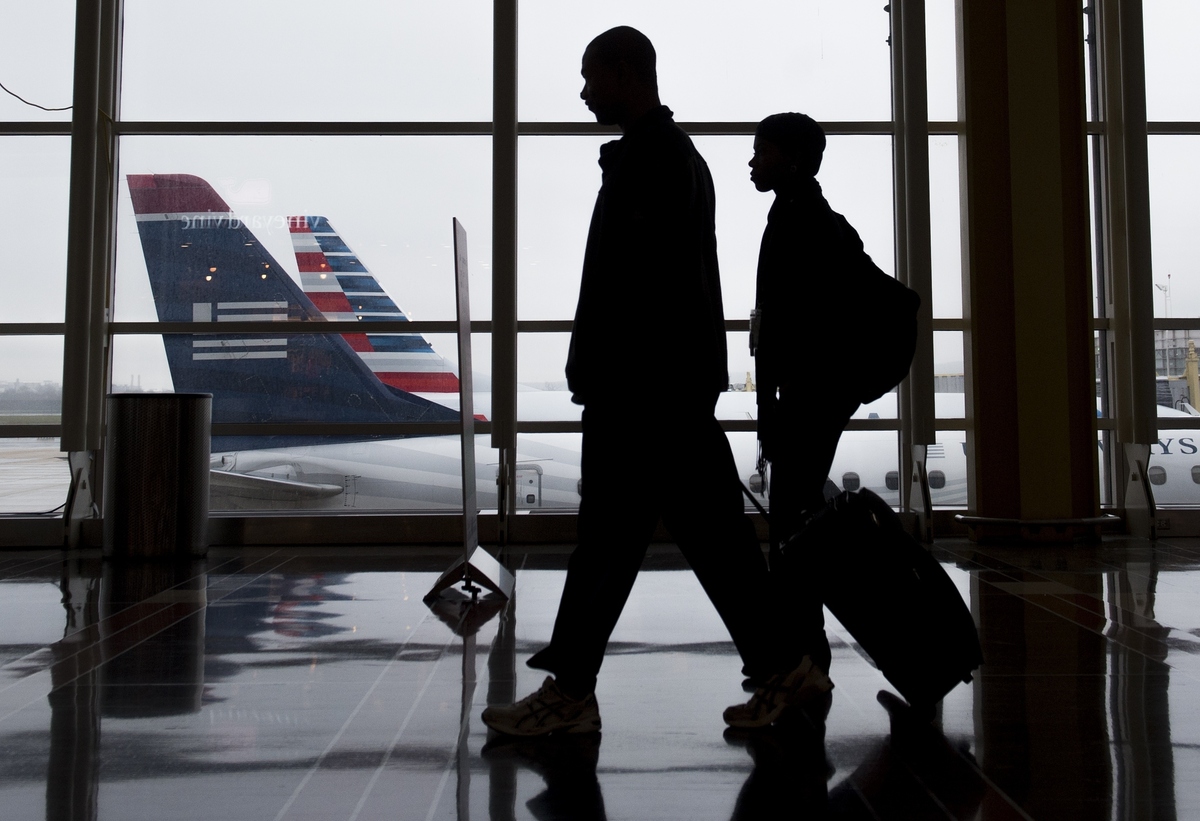 Passengers walk through the terminal as they head to their flights at Reagan National Airport in Arlington, Va., on Dec. 23, 2015.

As Iran prepares to pump even more oil into an already glutted market, that oversupply isn't just making gas cheaper for your car — it's also causing jet fuel prices to go down sharply. And that's now pushing airfares down, too.

"We're seeing about 14 to 15 percent lower this year than we have in the past," says Patrick Surry of Hopper, a popular travel smartphone app. Hopper, a startup in Cambridge, Mass., collects data on the minute-to-minute prices that airlines are offering on their tickets and helps consumers, Surry says, "understand when the best time is to buy their ticket."

He says he's not looking at last-minute business travel, but rather prices everyday people pay to, say, book a vacation in advance.

The federal government just released data on international travel also showing a 15 percent drop, the biggest calendar year decline in fares since the index was first published in 1987. On more competitive routes with discount airlines such as JetBlue, Spirit and Southwest in the game, the price drops are bigger.

George Hobica, who runs airfarewatchdog.com, says he's seen some very low fares recently. "Dallas to almost anywhere in the United States you can fly on certain days for $40 each way," he says. There are fares from San Francisco to Las Vegas for $67 round trip, he says. "And the reason they can afford to do that is because oil prices are going down."

Still, based on the math of how much jet fuel prices have dropped, Surry says airlines could still be passing on more savings to customers. But he says companies are keeping some of those profits for themselves. 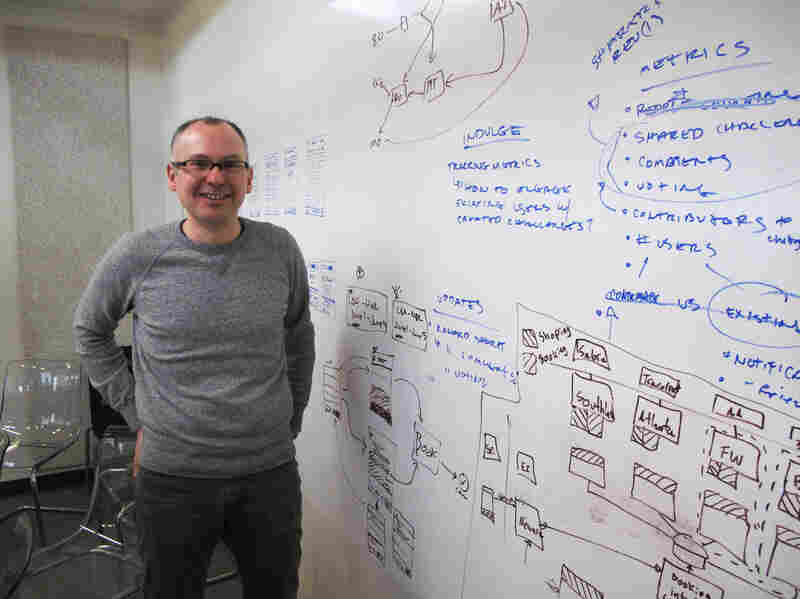 Patrick Surry, chief data scientist at Hopper, says he has seen a 14 to 15 percent drop in airfares this year. Chris Arnold/NPR hide caption 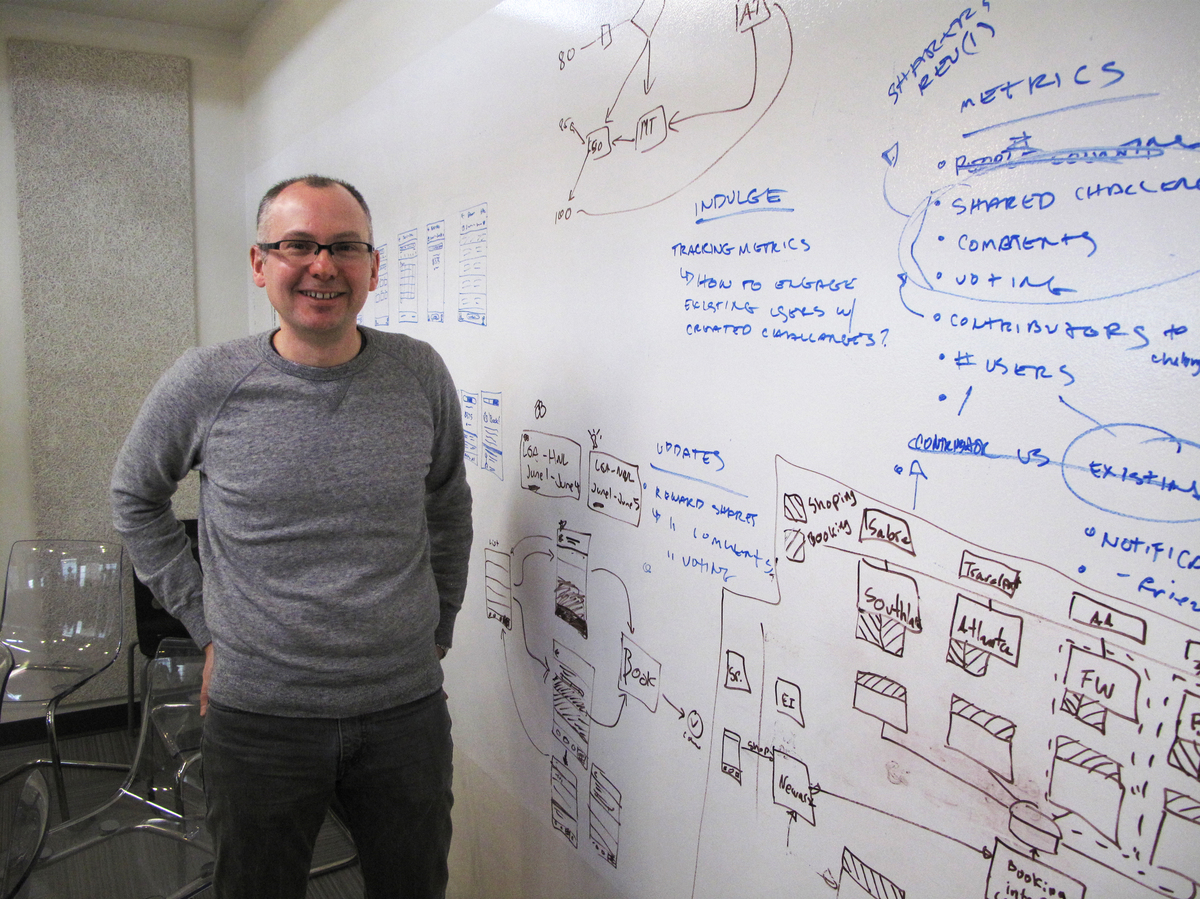 Patrick Surry, chief data scientist at Hopper, says he has seen a 14 to 15 percent drop in airfares this year.

And actually that's a good thing, at least according to the industry. "In this industry, given its history of boom and bust, if you have one very good year, you really need to take advantage of it and get your house in order," says John Heimlich, chief economist with the trade group Airlines For America.

Heimlich says the terrorist attacks of Sept. 11, 2001, and then the Great Recession, coupled with high fuel prices up until recent years, pummeled the airlines. Many were losing billions of dollars. So they've needed those extra profits to dig out of a really big hole. "Ten airlines combined including their merged partners over the last almost six years paid down $52.5 billion in debt," Heimlich says.

Meanwhile, he says, the airlines have been hiring more people, buying more planes and upgrading airport lounges, baggage handling systems — things they'd had to put off for years.

But for most people, the big question might still be this: If you want to take a vacation somewhere, say to Hawaii, is now the right time to buy tickets?

Using Hopper, Dara Continenza, who helps build the company's customer base, pulls up a price projection chart for a plane ticket from Los Angeles to Honolulu. Hopper's computers are taking those billions of data points from recent years to predict whether fares like this one will go up or down.

"Right now we're showing about $680, and we think that they're going to fall about $200 less than what we're showing now," Continenza says.

So Hopper's app is telling people, at least on this fare, now is a good time to play that game of chicken with the airlines and wait for the price to drop before you buy.