Accessibility links
Review: Saul Williams, 'MartyrLoserKing' The singer/poet/actor/activist's newest opus is another slice of genre-agnostic, cultural agitprop inspired by a fictional miner-turned-hacker in the African nation of Burundi. 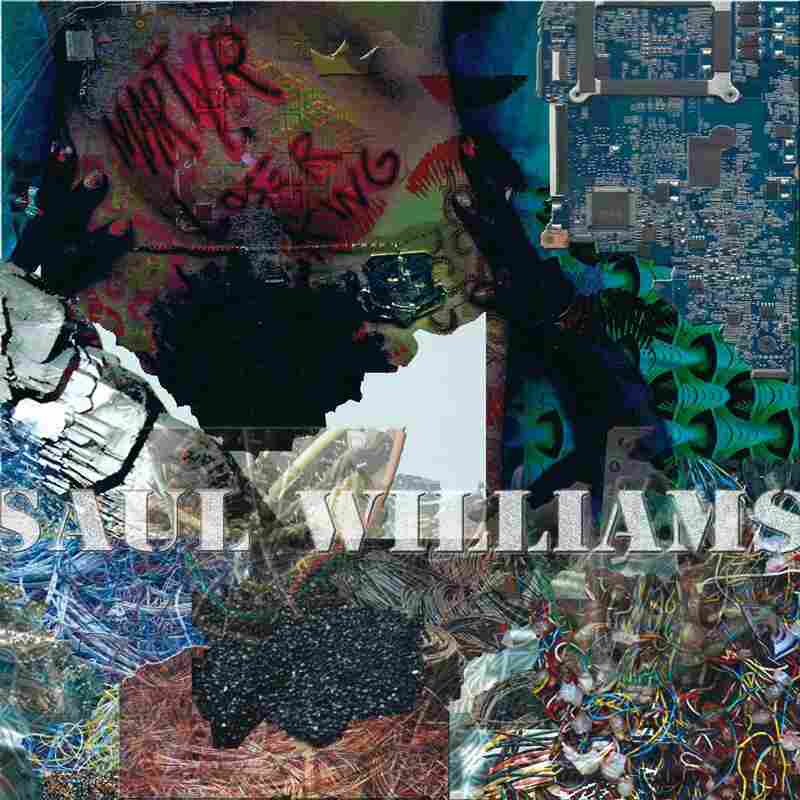 If there is one phrase that captures the overall mood and attitude of Saul Williams' latest album, MartyrLoserKing, it's "F*** you. Understand me." The refrain, from the song entitled "All Coltrane Solos At Once," is both a defiant middle finger raised to humanity's oppressors and an empathetic hand extended to those who are oppressed (including the unwitting and unwilling agents of oppression).

Saul Williams is a poet, actor, activist, writer and musician who engages each of these forms equally, with both aggression and compassion. He is a man deeply concerned with the people's well-being and it shows in his work. From the moment Williams made his musical debut with 2001's Rick Rubin-produced Amethyst Rockstar, his songs — like his poetry — have been infused with social and political commentary. Whether examining the world around him or the emotional universe within himself, he is an artist who seeks truth through transgression. Instead of accepting the status quo he is a music-genre agnostic who ponders and wanders. Williams' work is an amalgam of hip-hop, punk, dance music and rock, shifting between styles as effortlessly as it weaves webs of interconnected ideas.

Previously, adept and challenge-hungry producers like Rubin and Trent Reznor (2007's The Inevitable Rise and Liberation of Niggy Tardust!) have matched his words — sung, shouted, rapped — with complementary soundscapes. This time around, the job is taken up by Justin Warfield, a music industry rover whose own two decades-plus resume includes leftfield hip-hop hits (1991's "Season of the Vic"), big beat electronica collabos ("Big Powder Dust" with acid-house originals, Bomb the Bass) and mainstream industrial rock (She Wants Revenge); the veteran producer helps Williams flesh out a sonic world that's simultaneously futuristic and primitive. Only music that is as tribal as it is digital could be the proper accompaniment for lyrics inspired by a fictional miner-turned-hacker in the African nation of Burundi with the screen name "MartyrLoserKing" — a "Mr. Robot" in the Motherland, if you will.

"Statues of martyrs. Hackers as artists..." Williams spits these lines in a stream-of-consciousness barrage over the whirling arpeggio piano loop of "Horn of the Clock-Bike." His likening of hackers and artists is a recurring theme throughout the album. On "The Bear _ Coltan as Cotton" Williams' takes the definition of hacking beyond computer systems, applying it to the disruption of social constructs like gender and race and challenging the authority of the powers that be. His middle finger remains aloft on the 4/4 rhythm of "Ashes" where he sings about "dancing on the corpse's ashes" and observes: "The wall between the poor and the rich, building/ Gorgeous for the po-lice/ Worth a billion/ They make a killing/ They make a killing!/ Protect and serve/ Your bullets won't deliver the Last Word." For Wiliams, the last word will be truth spoken to power — not by power.