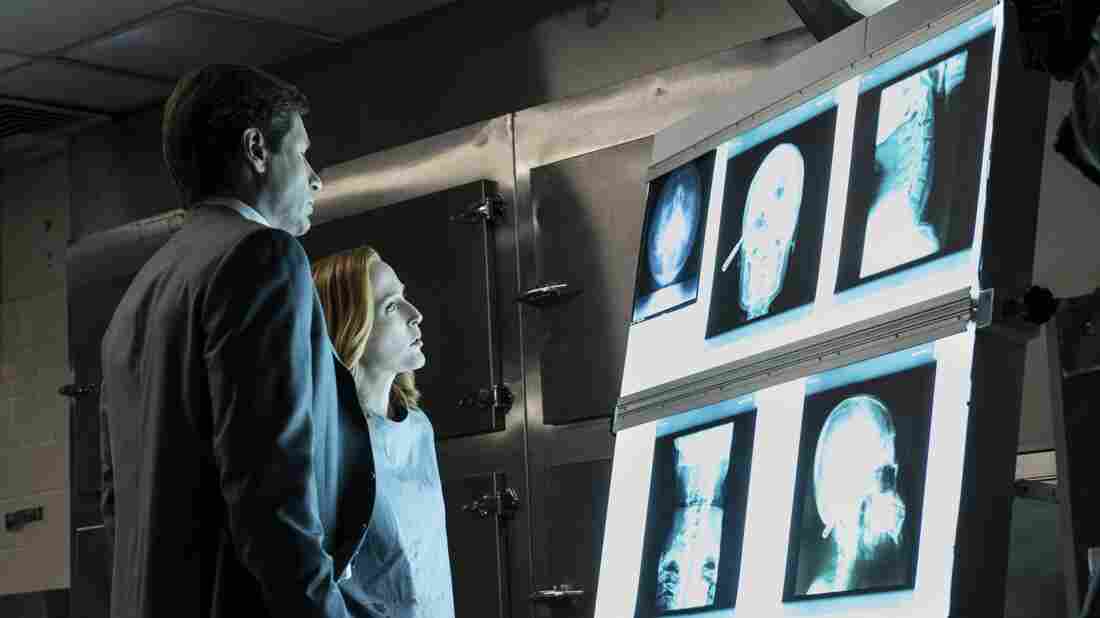 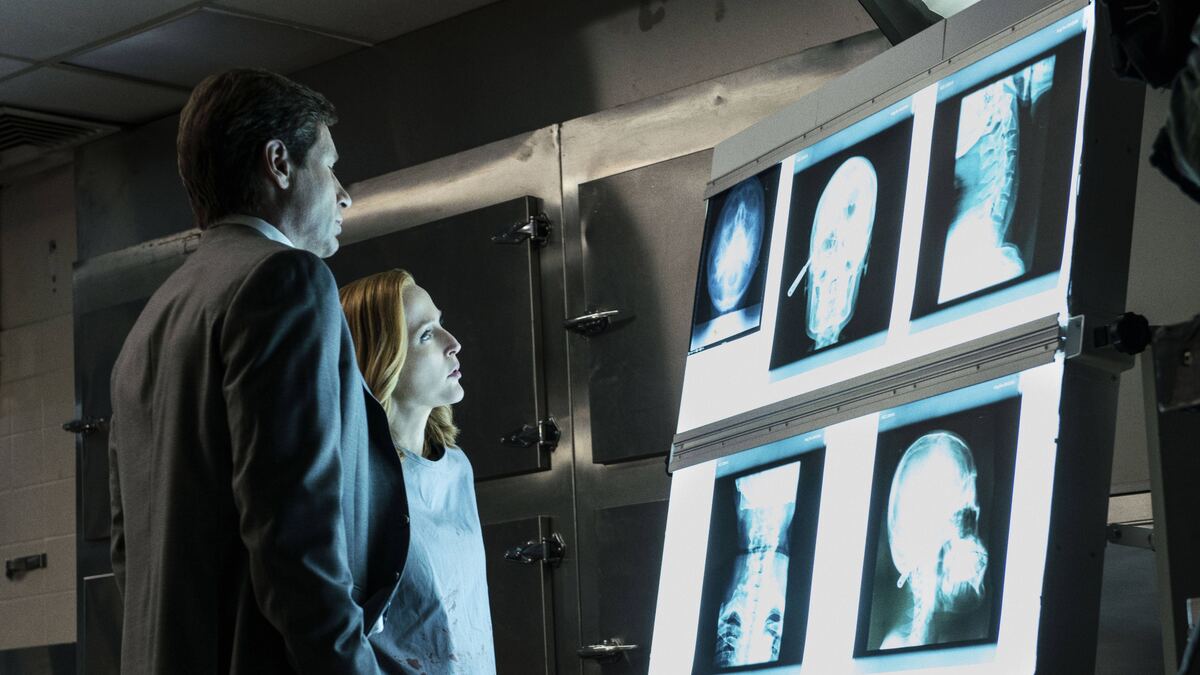 When The X-Files appeared on TV in the 1990s, there really hadn't been anything quite like it on TV for a long time. The Twilight Zone, with its monsters and flying saucers and anything-goes mentality, was an obvious inspiration and precursor. But investigations of unusual or unearthly phenomena, dramatized in a weekly series in ways that could be scary or funny, or both? As TV shows go, that's about as rare a sighting as Bigfoot or the Loch Ness Monster.

The closest thing to The X-Files, before The X-Files, was a short-lived TV series from the post-Watergate '70s called Kolchak: The Night Stalker. In it, Darren McGavin played an old-school newspaper reporter — so old-school he wore a light-blue seersucker jacket. He chased down vampires and zombies and witches and things, only to have his stories spiked or censored by the government or his own editors.

It was a clever show — sometimes creepy, sometimes comical — and when Chris Carter created The X-Files, he cited Kolchak as a key influence.

The X-Files, though, has enjoyed its own dynamic from the start, thanks to the chemistry between David Duchovny, as FBI agent and conspiracy theorist Fox Mulder, and Gillian Anderson, as FBI medical expert Dana Scully.

Scully was paired with Mulder by her superiors and asked to report back on him and his theories. The very first time Scully visits Mulder's cramped basement office, where he sits surrounded by his unexplained case folders and his "I Want to Believe" UFO poster, you can tell the tension between them is going to be very dynamic indeed.

The first time around, The X-Files lasted for nine seasons — the last few of them without Scully and Mulder, which was a mistake. There also were spinoffs, including a pair of big-screen movies, released 10 years apart — the first in 1998, the second 10 years later, long after the TV series The X-Files was over.

And now it's back. Again. For six episodes, this time, with the possibility that all involved — Duchovny, Anderson, and series creator Carter — may want to keep reuniting down the road for more limited-run short bursts of shows, just like the cast and crew of Sherlock.

I've previewed three of the six episodes about to arrive — the first airs Sunday night, the second in the show's regular Monday time slot — and I think they're good enough, and entertaining enough, that I hope more episodes of The X-Files will be produced. To quote Mulder's poster: "I want to believe."

The original X-Files, as it developed, was divided loosely into three types of shows. Some were devoted to the ongoing story of Mulder and Scully's investigation into UFOs and government conspiracies — the show's so-called "mythology" episodes. Others were "monster of the week" episodes, similar to the structure of Kolchak: The Night Stalker. And still others were just flat-out weird and fun — usually the ones written by Darin Morgan, like "Humbug" and "Jose Chung's From Outer Space."

All three of those sub-genres of The X-Files are represented in these six new hours, which also bring back such familiar faces (to fans of the old series) as Skinner, the Cigarette Smoking Man and the Lone Gunmen. There's even a new lighthearted episode written by Morgan, which features a creature of the week who, when he's in human mode, dresses in the same seersucker jacket as Carl Kolchak. Coincidence? In the world of The X-Files, there are no coincidences.

But what if you're not familiar with that world? The X-Files left TV nearly 14 years ago — an eternity, in TV time — and shouldn't expect viewers, especially younger ones, to know, remember or care about this show's long, extremely complicated past. The good news is, it doesn't. Instead, it serves up a helpful recap via Duchovny's opening narration as Mulder, which kicks off Sunday's new premiere episode.

The smartest thing this new X-Files does is to establish instantly that Mulder and Scully became a couple and broke up in the years we haven't been watching them. So now there's no "will they or won't they?" tension — they did, then they stopped and now they're in a whole new place.

The premiere features Joel McHale in a change-of-pace serious role as a conspiracy theorist with a popular TV show — but other than that, I'll let you discover the enjoyment of this new X-Files series for yourself. Watch for it this weekend. The truth — and the show — is out there.