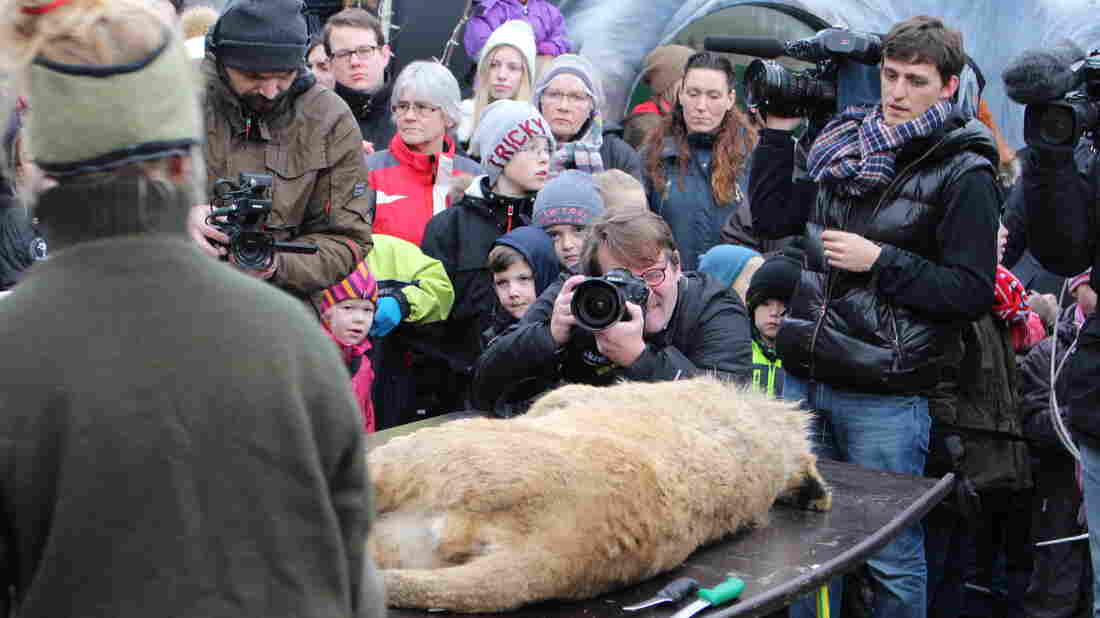 Photographers take pictures of the lion carcass before it's publicly dissected at Odense Zoo in Denmark. It was the zoo's second public dissection of a lion in four months. Sidsel Overgaard for NPR hide caption 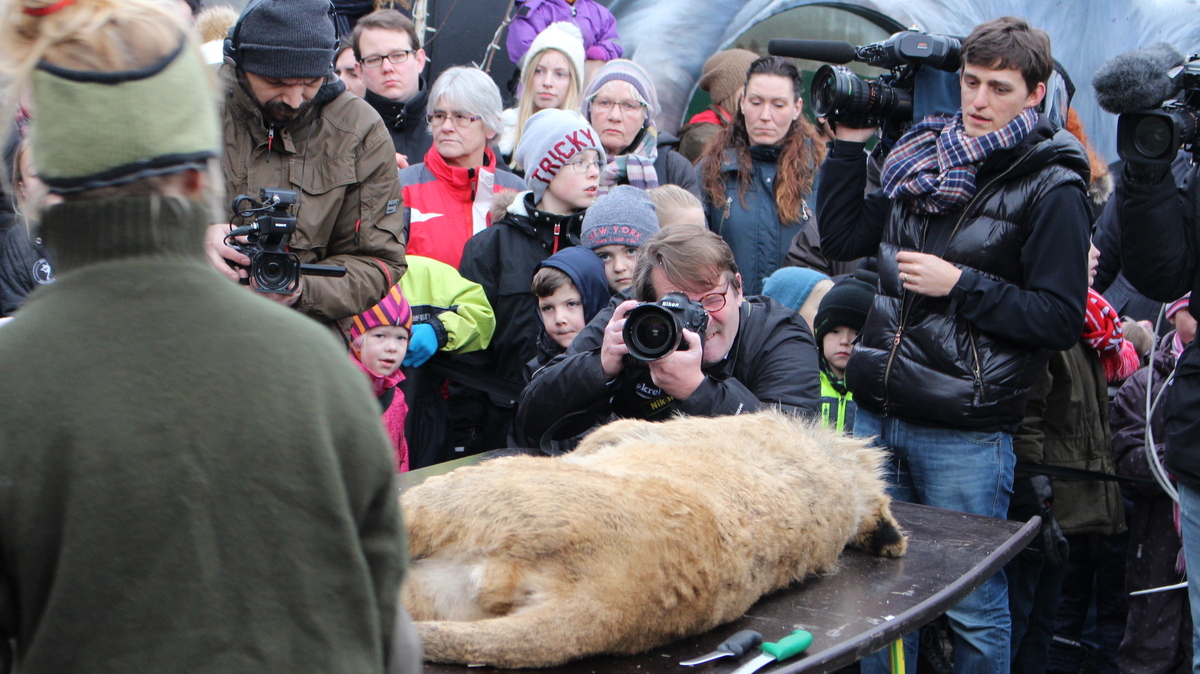 Photographers take pictures of the lion carcass before it's publicly dissected at Odense Zoo in Denmark. It was the zoo's second public dissection of a lion in four months.

It's a cold day in Copenhagen, and the brightly colored snowsuits worn by Danish children make it easy to pick them out of a crowd here at the Odense Zoo, on the Danish island of Fyn. There are dozens of kids — all ages — many of them standing as close as possible to the euthanized lion laid out on a table.

After talking for a while about the lion's coat and claws, the zoo's educator, a biology student from the local university, begins to cut. At this point a handful of children walk out. But for the most part, the audience stays put, covering their noses as the smell becomes overwhelming, but apparently riveted by what they're seeing.

At one point the biology student pulls out an air compressor. Everyone watches as the sponge-like lungs — nothing like the simplistic balloons of children's books — fill with air. The crowd applauds.

Jan Pedersen brought his 7-year-old daughter, Anne-Dicte, to the dissection.

"It's a natural part of living," he said. "We're eating meat almost every day and, I know, we don't eat lion, but to see how animals look inside, that's a part of growing up and getting wiser."

Given the international media storm that followed the killing and dissection of a giraffe at the Copenhagen Zoo two years ago, Danes are well aware that the rest of the world does not always share this perspective. Critics argue that these displays are desensitizing at best and traumatizing at worst.

But this is the culture of Denmark, says Jessica Alexander, American co-author of The Danish Way of Parenting: A Guide to Raising the Happiest Children in the World.

"Danes are very, very honest with their children about life," says Alexander.

"Maybe kids are going to come out of this and become animal activists and vegans," she says. "We don't know what kind of effect it's going to have on them. But they're going to be free to make up their own mind about it."

Alexander says Danish parents know whether their children can handle something like the dissection of a lion at the city zoo.

Jens Jessen, who is there with his 9-year-old son, Rasmus, is a case in point.

"I said to [Rasmus], 'If you think it's too much, then tell it to me and then we'll just go away,' " says Jessen. "But he was totally absorbed by it."