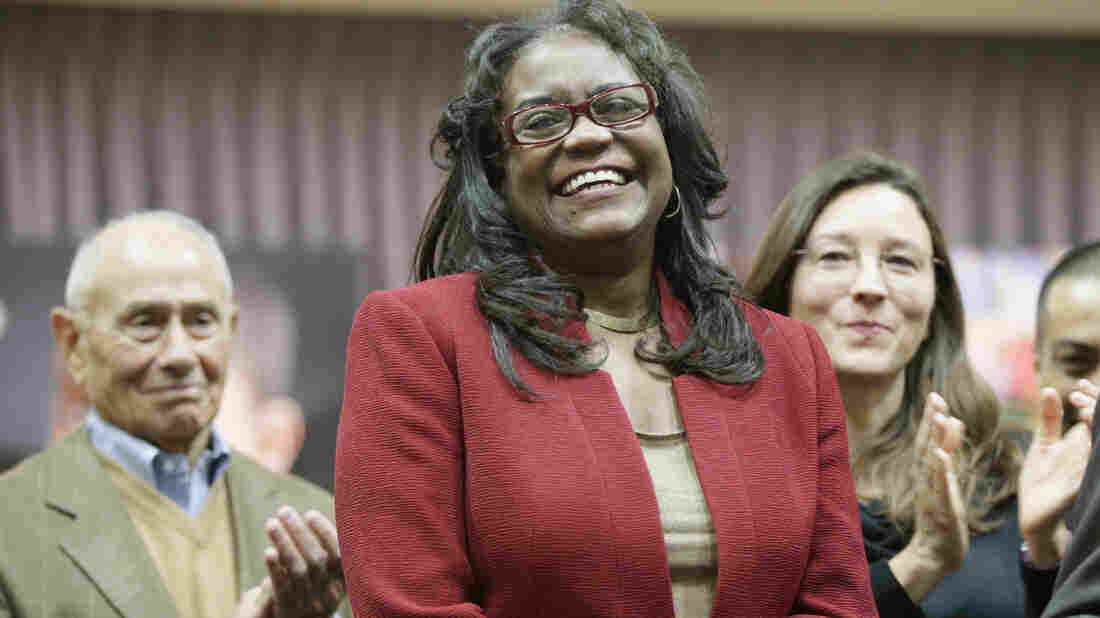 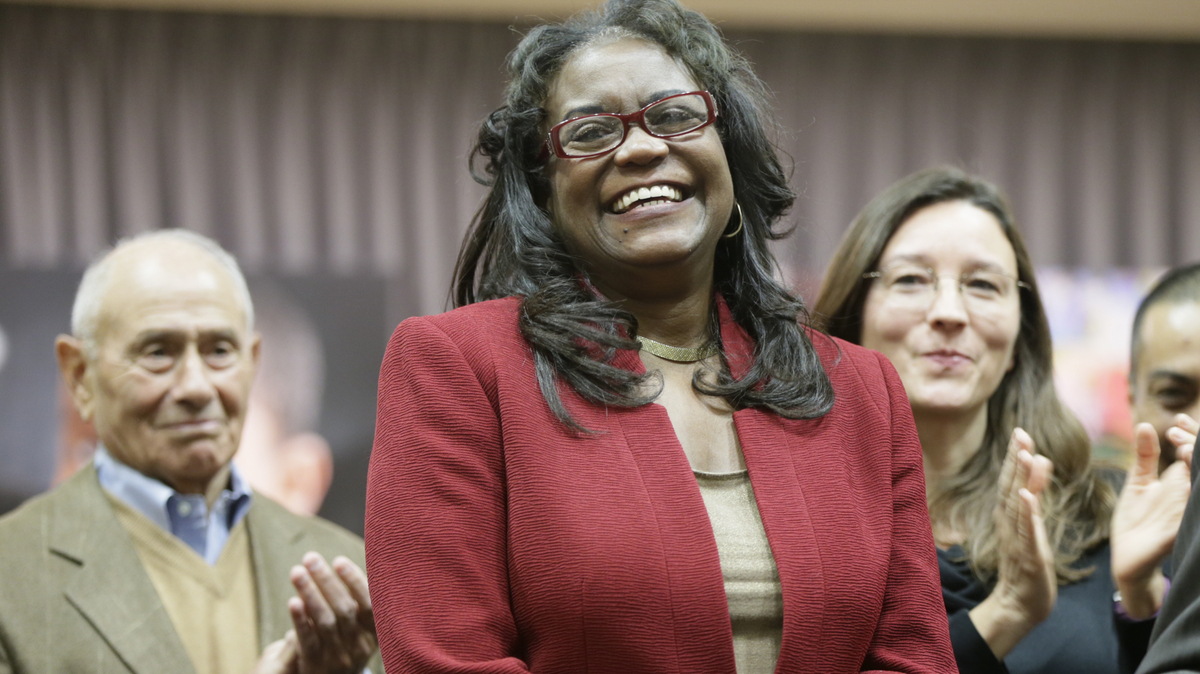 Michelle King was named superintendent for the Los Angeles Unified School District during a news conference in Los Angeles on Jan. 11, 2016.

The Los Angeles Unified School District welcomed a new superintendent who represents a first for the nation's second-largest school district on Jan.11.

Michelle King is the first African-American woman chosen for the job, heading more than 900 schools in the district. She is also an insider — she has worked in the system for three decades — unlike the string of outsiders who held the job before her.

But she has largely stayed out of the spotlight, working behind the scenes from her various positions ranging from a classroom teacher to the second-in-command in the district.

To her former colleagues, however, she is a superstar.

In LA, Missing Kindergarten Is A Big Deal

"Everybody has this sense that she cares about them," says Fran Rose, who worked with King when she was a principal at Hamilton High School ten years ago, a school of about 2,500 students on the Westside of Los Angeles for eight years.

"Boy, does she listen," says Rosemarie Bernier, the Hamilton High School librarian when King was her supervisor. Bernier says that when she got her national board certification, she shared the news with King.

King's "heart and soul passion" were one of the reasons she was chosen for the position, the school board president said. Now the district is counting on King to turn her passion into tangible results.

She has a tough job ahead: The district is facing a huge budget deficit, declining enrollment and drops in student achievement.

"One of the primary reasons I sought this job is because I wanted to create new pathways for all students and give them the tools they need to succeed," King said in a press conference just after her appointment. "I know that as positive as my experience with L.A. Unified has been, not everyone has been as fortunate. I take the struggles of our families to heart."

She laid out her broad goals to increase parent engagement, equity and college preparedness. 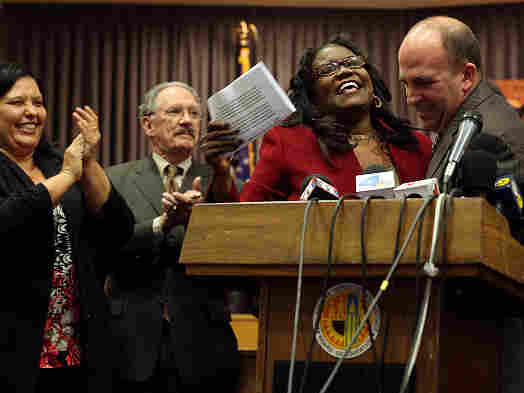 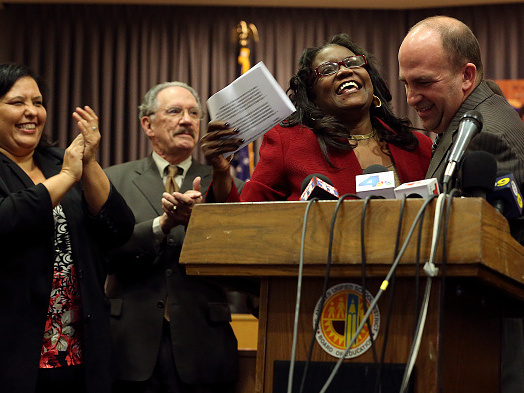 Michelle King is introduced by the school district board member and president, Steve Zimmer, right, as the new superintendent.

While her passion may have been one of her winning points, some see the decision to pick an insider to lead the system as an advantage. King was preceded by outsiders: A former governor, a Navy admiral, nationally-known education reformers, and more recently, John Deasy, who resigned in the midst of controversy in 2014.

"Most urban districts across the country are challenged and struggling," says UCLA education professor Pedro Noguera. "But you have to have some continuity in leadership in order to be able to solve these complex problems."

King's experience in leading Hamilton High School might help. She became principal there in 2002 after spending five years as assistant principal. Before she took over, the school – not unlike the district now — was going through a tumultuous time.

"My hope is that she'll last, that she'll get the help she needs so that she can make some real headway and progress in the system," Noguera says.

Rose, who coordinates Hamilton High's school humanities magnet program, says King was the key to getting the school back on track

"After the upheaval, she was the calming influence and I think really turned things round at this school," he says. "I'm hoping she does the same thing with the district."

For now, that's King's task: To multiply her legacy at Hamilton across all of the Los Angeles Unified School District.