Accessibility links
$1.22 A Gallon: Cheap Gas Raises Fears Of Urban Sprawl Gas prices in Columbus, Ohio, are among the lowest in the country. Drivers appreciate the savings, but anti-sprawl advocates say cheap gas doesn't help their cause. 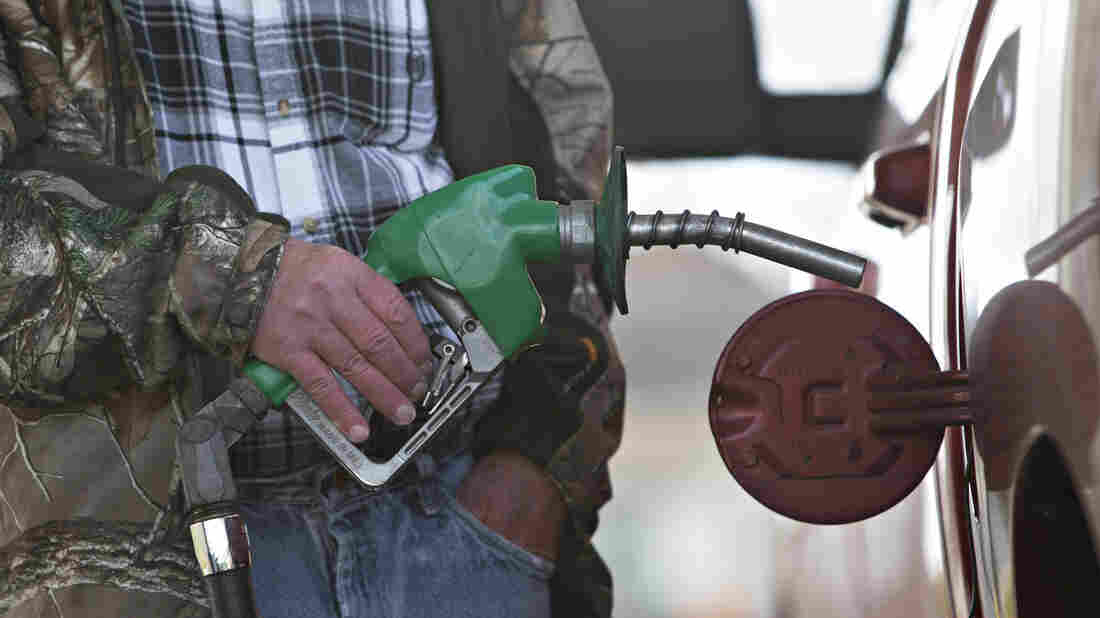 A customer fills up at a gas station in Chillicothe, Ill., in December. Low prices have meant big savings for consumers, but urban planners worry that cheap gas will encourage sprawl. Bloomberg/Bloomberg via Getty Images hide caption 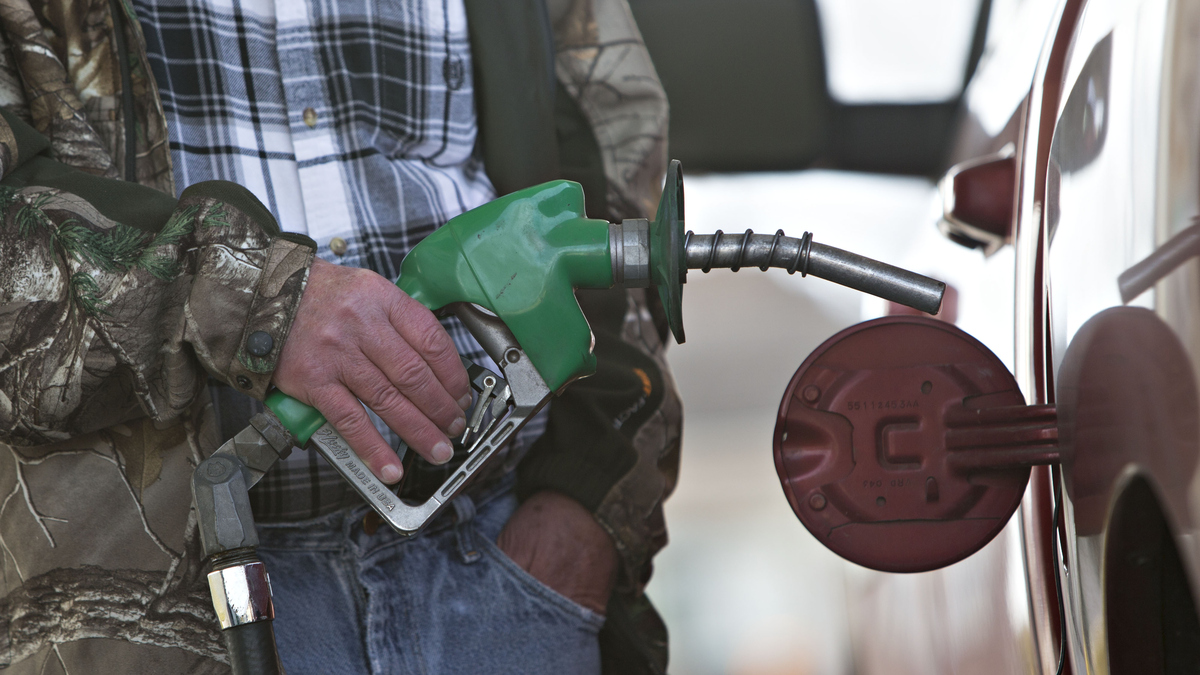 A customer fills up at a gas station in Chillicothe, Ill., in December. Low prices have meant big savings for consumers, but urban planners worry that cheap gas will encourage sprawl.

At $1.22 a gallon, a gas station on Columbus, Ohio's southwest side is drawing customers from all parts of the city. Stan Cartwright drove there from across town.

"I came for the gas price. I live on the East Side, and so, you know, I had to make a little bit of a commute, but it was worth it," he says.

The bargains aren't just in Columbus; drivers all around the state are saving money.

He says demand is weak because, well, it's winter — think snowstorms. And Canada, just on the other side of Lake Erie, has dirt cheap crude oil.

"The region's refineries have been doing a very good job at processing. Some of the Canadian varieties of crude oil that are being processed cost today as little as $11 to $12 a barrel and that is incentivizing them to process as much as possible, thereby increasing gasoline supply which is, yes, weighing on prices," DeHaan says.

So what are the upsides for Columbus? For one thing, consumers have more to spend, like Scott Stewart, who also was buying gas the other day. He hopes to use his savings to spread more money around at other businesses.

"Going out to dinner with my family, even if it's just ordering pizza, or if we're going to the movies I'll spend it," Stewart says.

And it's not just consumers who are saving.

Bill LaFayette, owner of Regionomics, a Columbus economic analysis firm, says the cheap gas has lowered costs for grocery stores, distributors and warehouse companies. "That means that your profits go up, and you might be able to pass those savings along to your customers and attract more of them," he says.

But not everyone here is thrilled to see cheap gas.

Columbus has made great strides in recent years in attracting more residents and businesses downtown. Now Ricksecker fears a reversal.

"With the fall of gas prices, in a place like Columbus and most Midwestern cities, it really is going to encourage more sprawl," he says.

Sprawl can mean more traffic jams and air pollution. But he says only a spike in the price of gas would change the equation when people are making decisions about where to live and work.

"It needs to be a lot higher than it is right now to influence decisions people make," Ricksecker says.

And at least for now, expensive gas seems a long way off.