Accessibility links
Groucho Marx Spared No One — And His Biographer Isn't Pulling Punches, Either Lee Siegel, author of Groucho Marx: The Comedy of Existence, wanted his biography to uncover the real man behind the iconic mustache. What Siegel found, he says, was "a thoroughgoing misanthrope." 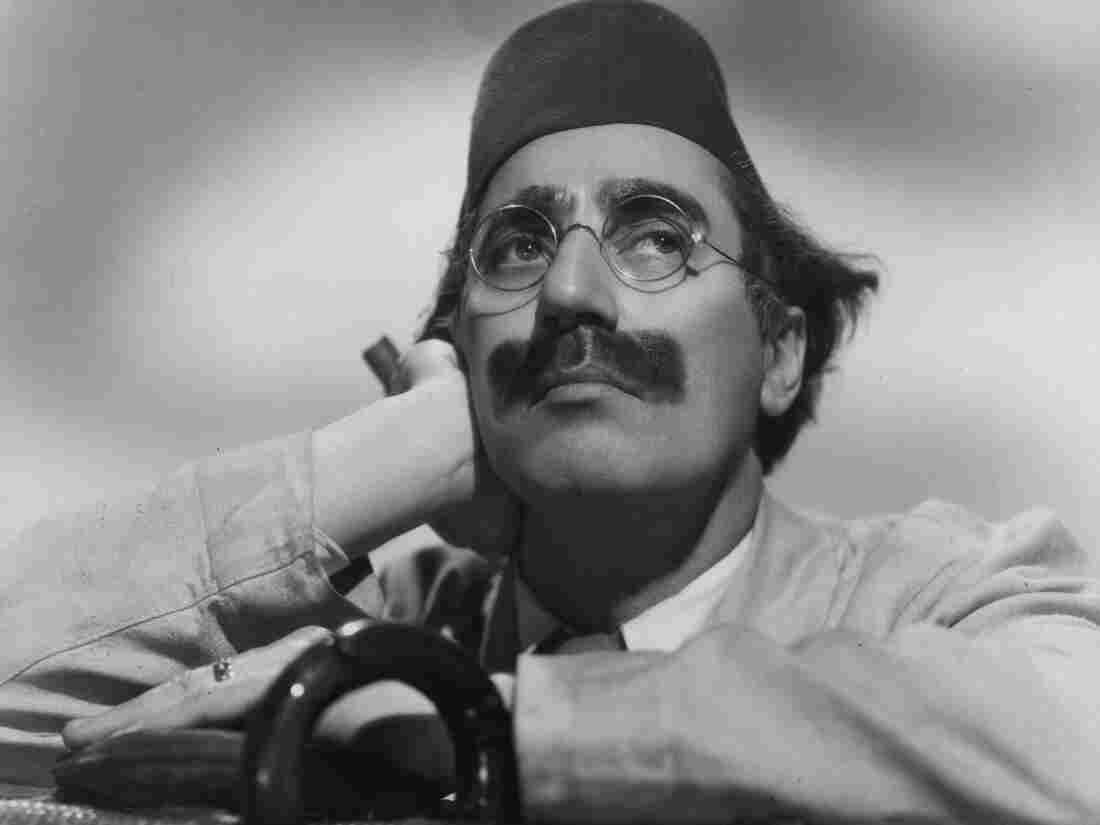 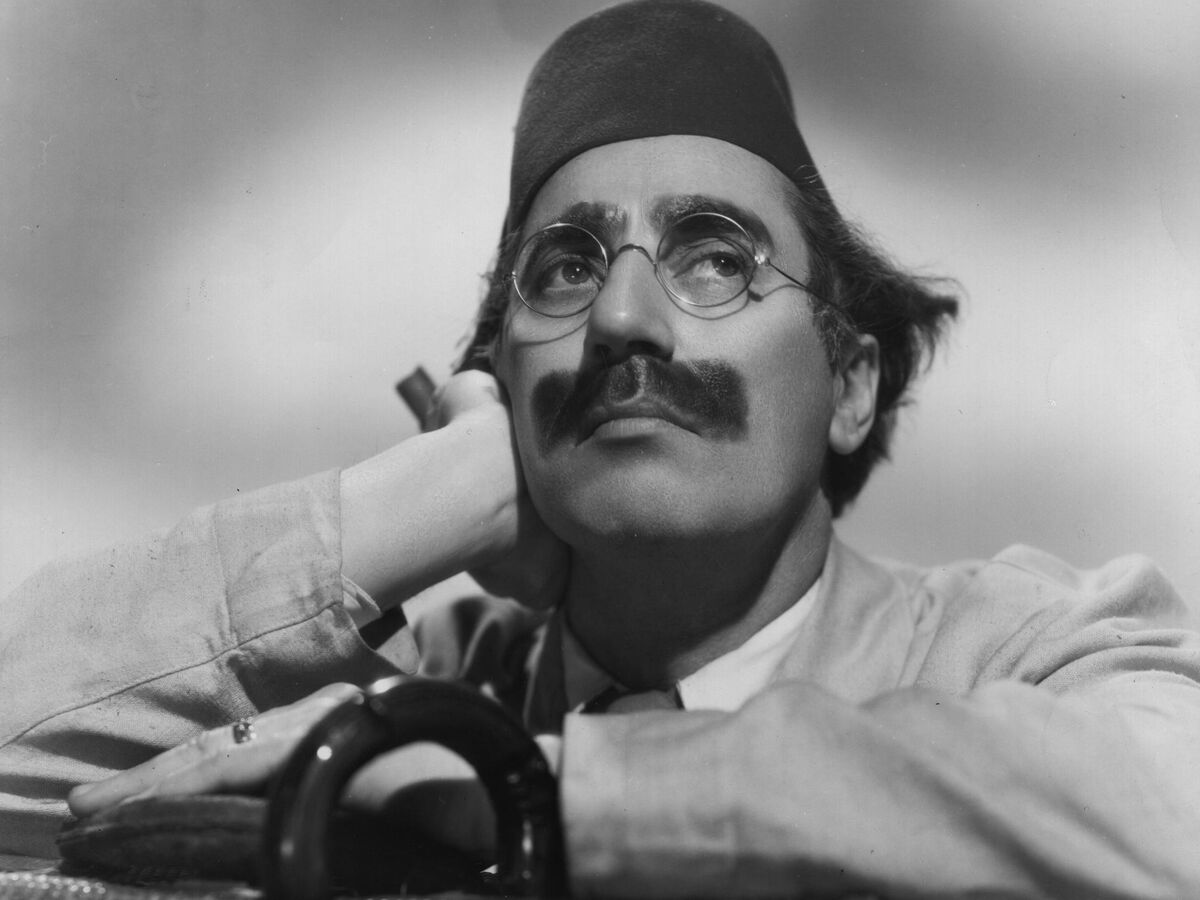 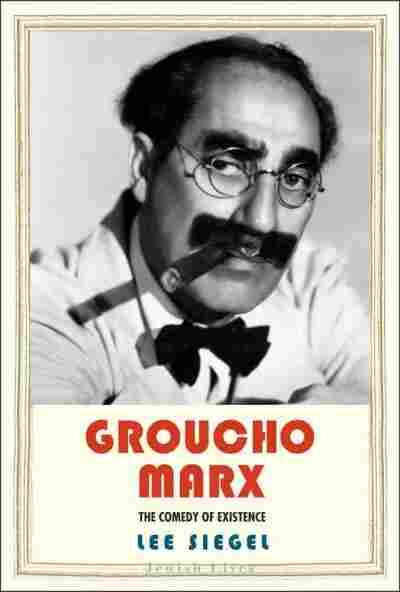 The Comedy of Existence

While not everyone has seen Groucho Marx's films, many people would still recognize the comedian. His bushy black eyebrows, thick mustache and ever-present cigar have long been iconic.

Marx was known for frequently taking aim at the rich and powerful in his comedies — but a new biography suggests a more sinister side to Julius "Groucho" Marx.

"The conventional image of Groucho was that he was on the side of the little guy, and he spoke defiantly and insolently to powerful people and wealthy people," Lee Siegel, the author of Groucho Marx: The Comedy of Existence, tells NPR's Michel Martin. "But my feeling is that Groucho was out to deflate everybody — that he was a thoroughgoing misanthrope."

Siegel says his work aimed to get behind the comic's commonly accepted image — and find the man behind the icon.

"I wanted to get at the roots of his humor, and I wanted to get at what made him an icon," Siegel says. "You know, I just don't like the word 'icon,' because it dries up all the energies that made the icon in the first place."

On Marx's famous line, "I would never want to be part of a club that would have me as a member"

Woody Allen presents the line as sort of the epitome of Jewish self-loathing. But that's not what the line means at all.

Groucho wrote that line in a famous resignation letter to a club that he felt superior to. He was inducted into a club in Beverly Hills, and he arrived at this club thinking that he was going to talk with other illustrious figures about all the greats of literature. He wanted to be a writer and a serious literary man, Groucho, all his life. So he felt that he could talk about Chaucer and Milton and Shakespeare.

Instead, he gets there and they're all drinking and playing cards, and as he puts it, they're on the phone with each others' wives.

On Marx's attitude toward women

His misogyny is relentless and thoroughgoing, and it's very hard to tolerate. His attacks on Margaret Dumont almost always take the form of attacking her status as a woman.

And it's very odd that he keeps attacking her, because of course she might be wealthy and she might be somewhat clueless and she might be puffed up with her own virtue — but she's actually fairly kind, and a harmless person who just wants to help out these impostors Groucho is inhabiting.

But he keeps insulting her for being a woman. And you don't find the same thing in Chaplin or Laurel and Hardy or W.C. Fields, but with the Marx Brothers, yeah, they took woman hatred to a whole new level. It's difficult to watch.

On why Marx is relevant today

Well, in terms of comedy you can draw a straight line from Groucho to comics like Amy Schumer and Tig Notaro, for all Groucho's woman-hatred. These are people who are very funny, but they're not always funny. And sometimes they'll say something that simply is shocking, and the only biological response that's available to you is laughter.

It's the same thing with Groucho. What he is, is shocking. He presents the spectacle, he and his brothers, of people behaving in public as if they were in private. They are saying things to the audience that normally people only say to their closest friends or their therapists. And the Marx Brothers were the first ones to do that.

If he still likes Marx, after his work on the biography

Click the audio link above to hear the full interview.