Accessibility links
Pinch Me? Some Republicans Wonder If Trump's Campaign Is An 'Ambien Dream' If you're a Republican who wants to win New Hampshire, you're supposed to be nice to the Union Leader newspaper and the Sununu family. Unless you're Donald Trump. 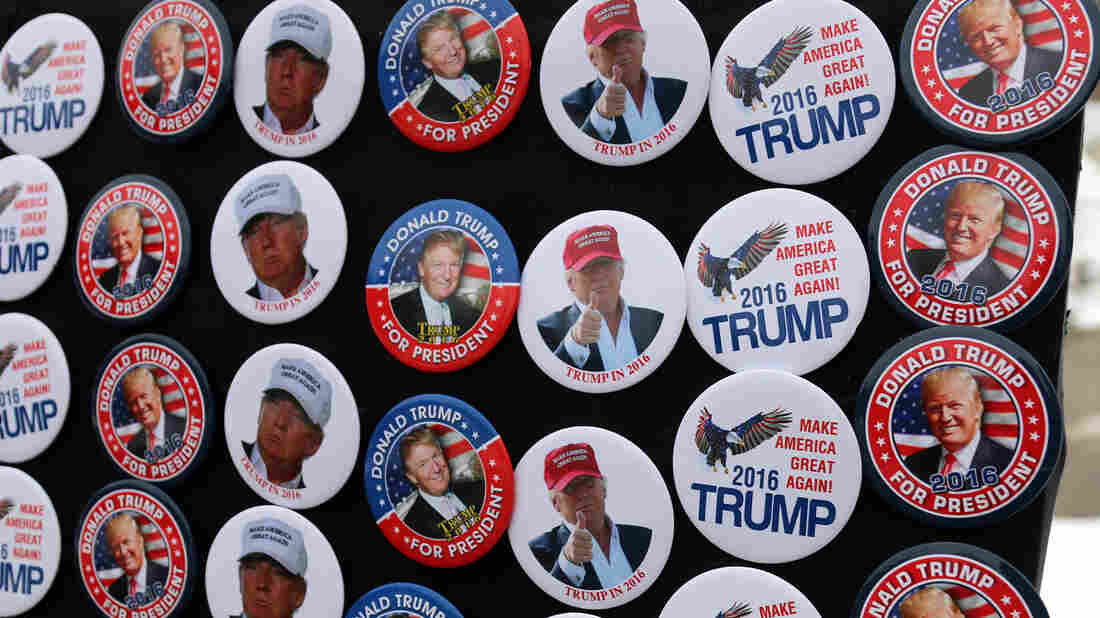 Donald Trump has broken all of the rules of campaigning in New Hampshire but still leads the polls there. A vendor sells Trump buttons at a rally in Concord this month. Allegra Boverman/NHPR hide caption 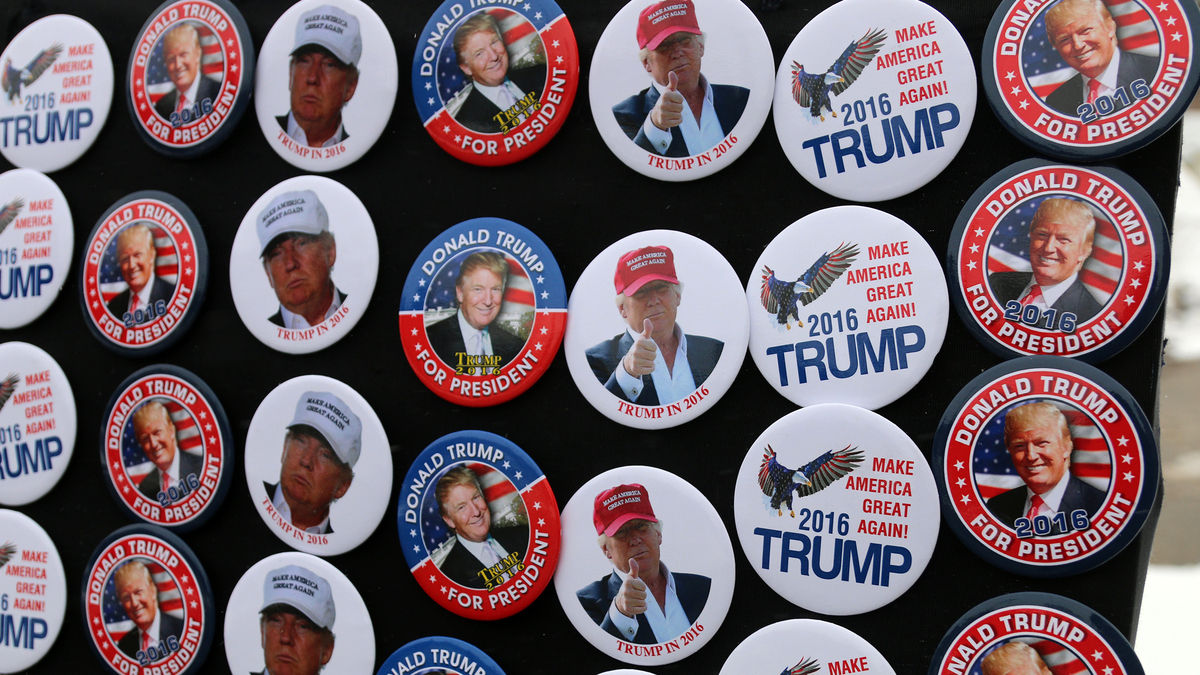 Donald Trump has broken all of the rules of campaigning in New Hampshire but still leads the polls there. A vendor sells Trump buttons at a rally in Concord this month.

If you had to name a state where Donald Trump's political rise has caused the greatest disruption, New Hampshire would be a good pick. Trump has led every poll taken there since June — while tearing up the traditional Republican playbook for winning in New Hampshire.

Trump has avoided the retail politicking that most other campaigns view as a must-do in favor of large rallies. He has never even spent two days back to back in the state campaigning.

And then there's Trump's open disdain for some of the state's traditional Republican power brokers, including the New Hampshire Union Leader, the only statewide paper well-known for its blistering front-page conservative editorials.

The hostility is mutual, especially since the paper endorsed New Jersey Gov. Chris Christie. Trump's been a regular target in the paper's editorial pages and branded a bully by publisher Joe McQuaid. Trump has called McQuaid a "lowlife" and made his paper stump speech fodder during campaign stops in the state.

"The famous paper, right? You know, your little paper, the Union Leader. It's really a dishonest paper, it's terrible. It's a rag," Trump said at a recent rally in New Hampshire.

"In matters large and small about the Union Leader, he lies through his teeth," said McQuaid. 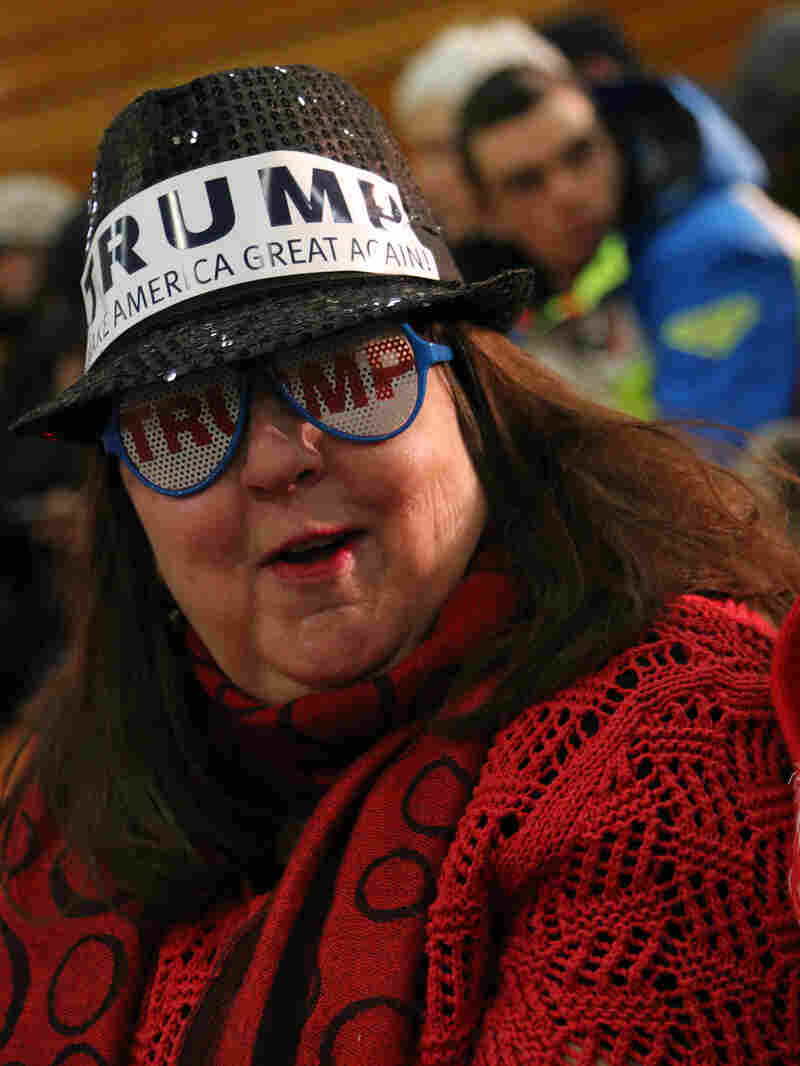 Marion Emslie, a Trump supporter, at a rally in Concord this month. Allegra Boverman/NHPR hide caption 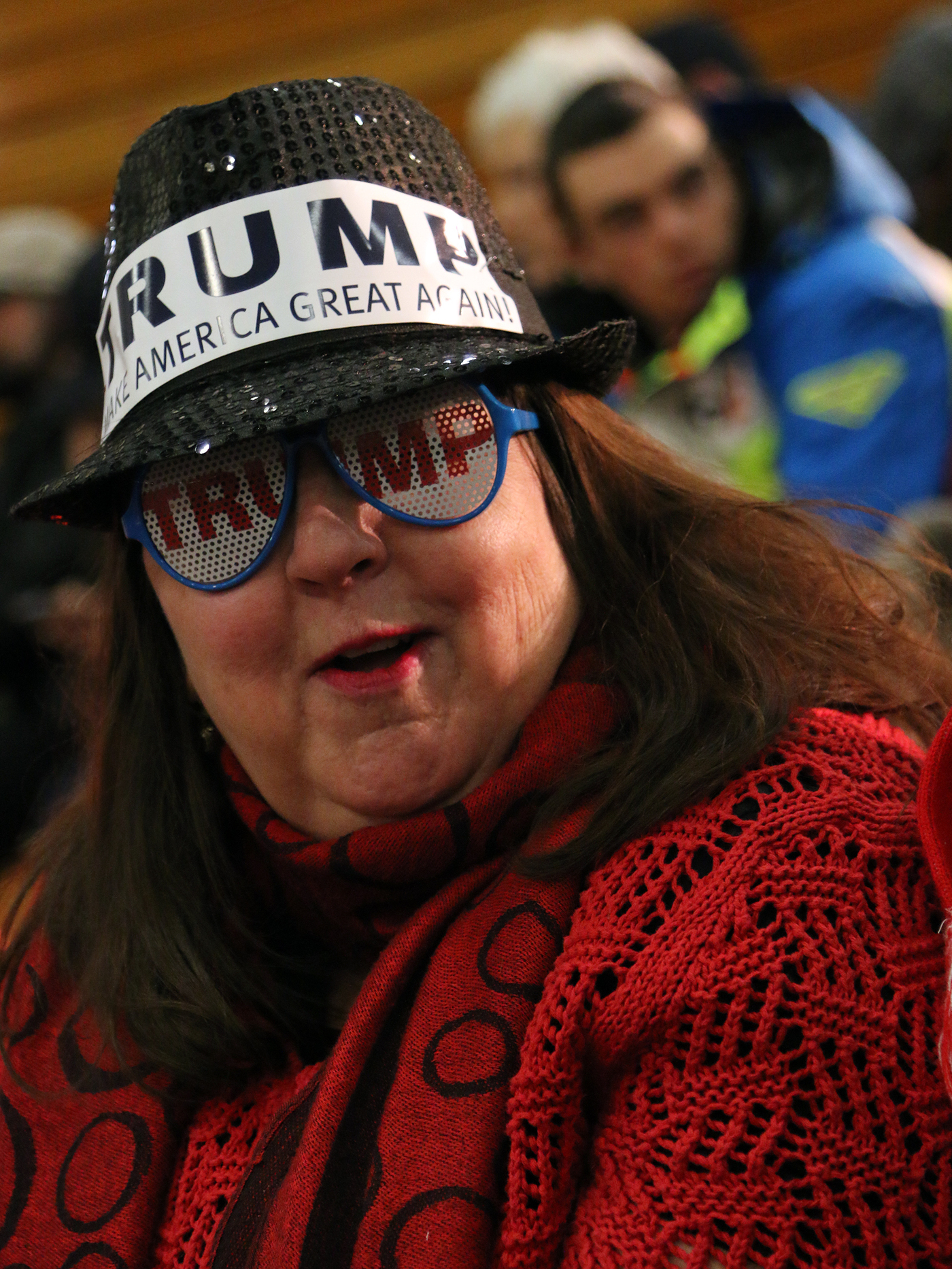 Marion Emslie, a Trump supporter, at a rally in Concord this month.

Whatever the case may be, Trump's spat with the paper hasn't hurt him. Polls show Trump getting approximately one-third of the vote in New Hampshire, far ahead of the next-nearest candidate.

For Karl Zahn, a longtime watcher of New Hampshire politics who backs Trump, the whole thing — a Republican candidate taking the fight to the Union Leader and possibly winning, seems almost surreal.

"We were at the thing in Nashua a couple of weeks ago, and he spent 20 minutes just excoriating Joe McQuaid, and I turned to a friend of mine and said, 'Pinch me, this is like an Ambien dream I'm having here. It's crazy,'" said Zahn.

The Union Leader is just one of Trump's high-profile targets in New Hampshire.

There's also former Gov. John Sununu, a White House chief of staff to President George H.W. Bush, and a top adviser to Mitt Romney in 2012. He is also the patriarch of what is probably New Hampshire's most prominent Republican family. One of Sununu's sons was a U.S. senator, and another is running for governor. Sununu has criticized Trump in print and on television, and Trump has gleefully returned fire.

During a recent appearance on Bloomberg TV, Sununu warned that nominating Trump would doom local Republicans in November.

If those Republicans running for office here share that view, they aren't letting on. When asked about Trump, Ayotte, who's being challenged by Gov. Maggie Hassan, a Democrat, offered a practiced response and the sense she'd rather talk about something else.

"Well, listen. I mean, I think it's a favorite question of the press to ask all of us what we think about Trump. I plan to support our Republican nominee, but I think there's a long way to go until that decision is made," said Ayotte.

Chris Sununu, the Sununu hoping to be governor, claims he's not paying attention to his father's spat with Donald Trump or what Trump's style of politics might mean for Republicans down-ballot.

"Donald Trump, as far as I'm concerned, is just another candidate. I don't worry about it too much because I try to control the things I can control," said Sununu.