Accessibility links
Passion And Obsession En Pointe In 'Girl Through Glass' Author Sari Wilson's new novel follows a young dancer in New York City in the 1970s, and a grown professor of dance years later — both of whom find their lives upended by dangerous relationships. 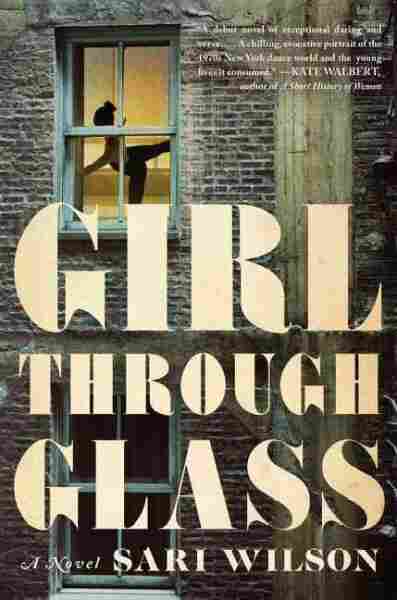 It's 1977 and an 11-year-old dancer named Mira is struggling to find her place in the competitive world of New York City ballet. Dance is her escape from her parents' failing marriage — but instead of a sanctuary, Mira finds the opposite: a dark threat intermingled with her dreams of being a star ballerina. Sari Wilson gives us a glimpse into this world in her new novel — it's called Girl Through Glass. Sari spent her own childhood dancing, like her protagonist, and she tells NPR's Rachel Martin that she found it exhilarating, in the beginning.

It was my life, and I hit puberty and then sort of the dark side of things revealed themselves, and I struggled through for a long time, and then finally left that world after a second career-ending surgery. And then I spent a lot of time trying to figure out what had happened, and this book was really my investigation into that.

On balletomanes — obsessive ballet fans — and the character of Maurice

He emerged out of my fascination with some of the storybook characters in ballet. So, for example, Drosselmeyer from The Nutcracker — he's a fascinating figure, if you really look into the story. He's kind of both good and bad, light and dark. And then, there are also in ballet lore there are these balletomanes, who are legendary for their passion.

I think it is their role is to believe passionately in ballet — and ballet represented by the female ballerina mostly, the prima ballerinas. And so much so that they deify them. And there are all these stories — I don't know if they're true or not — of like making soup out of the pointe shoes of famous prima ballerinas and then drinking it. So I think it's a fascination with that level of passion and obsession.

On whether she had her own Maurice

Well, I have to say that there was no Maurice in my life, or even a Maurice figure in my dance experience — he really is a purely fictional character. And I think, however, there are many adults who come through the life of a child dancer who — in my case, they were perceived as these mysterious eyes that would come into our classes and they would watch us — and then certain things would happen or maybe not happen, or you might be picked for this role or asked to audition for this, and most of them were men — and so I think he personified this sense of a young female body in space being watched, and things happened because of, sort of, the power of your body at a young age.

There is a kind of sadism or masochism that can develop between the people who control the bodies of dancer or are having their creative vision come through the bodies of dancers. And as a dancer you must give up a certain aspect of your own will — and there's a beauty in that and I wanted to capture that, but it's also very dangerous and sometimes that trust is abused.

On reconciling her own past troubles

I did suffer from an eating disorder, and I think a kind of body dysmorphia that persisted. Yet I was still very connected to my dance past, and I missed it passionately after I left. And I became a writer and I finally thought, 'I need to investigate that because it won't leave me alone,' and so I think I allowed these characters to take me to places where my childhood fears and fantasies had persisted unconsciously.

You know, I finally came to this place where I understood that your experience of the past can be both dark and light. So there could be a deep beauty in my past, as well as pain and a destructive quality. And they can exist side by side and we can call that humanity; we can call that light; we can call that literature — and it was okay.