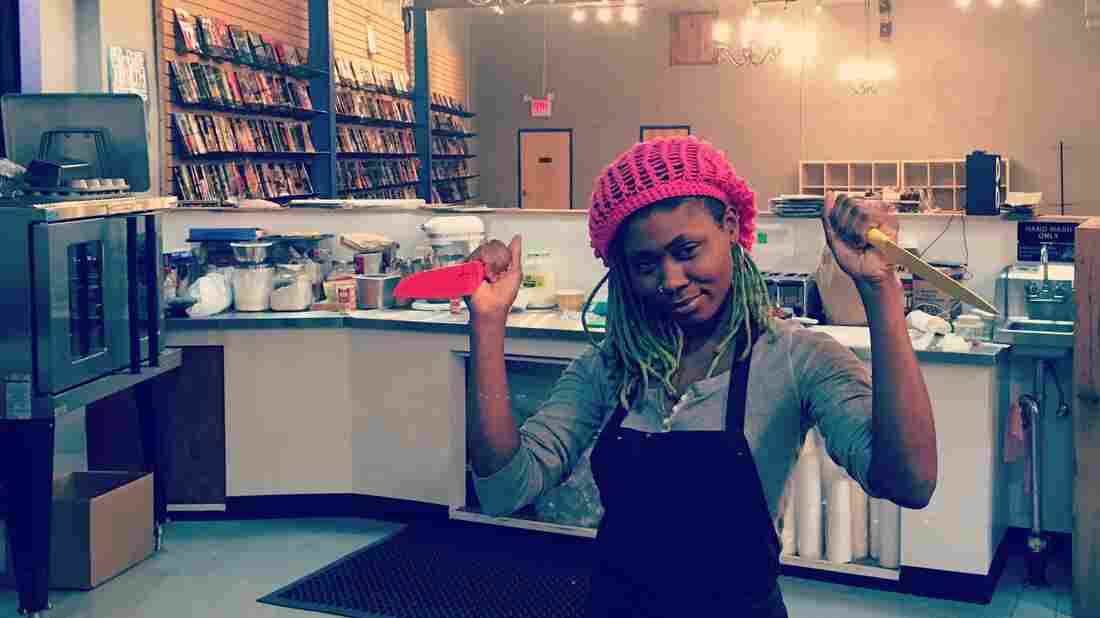 Ariell Johnson has combined her love of comic books with a place where people can socialize in her new business, Amalgam Comics & Coffeehouse. Jasmin Carroll/Courtesy of Jasmin Carroll hide caption 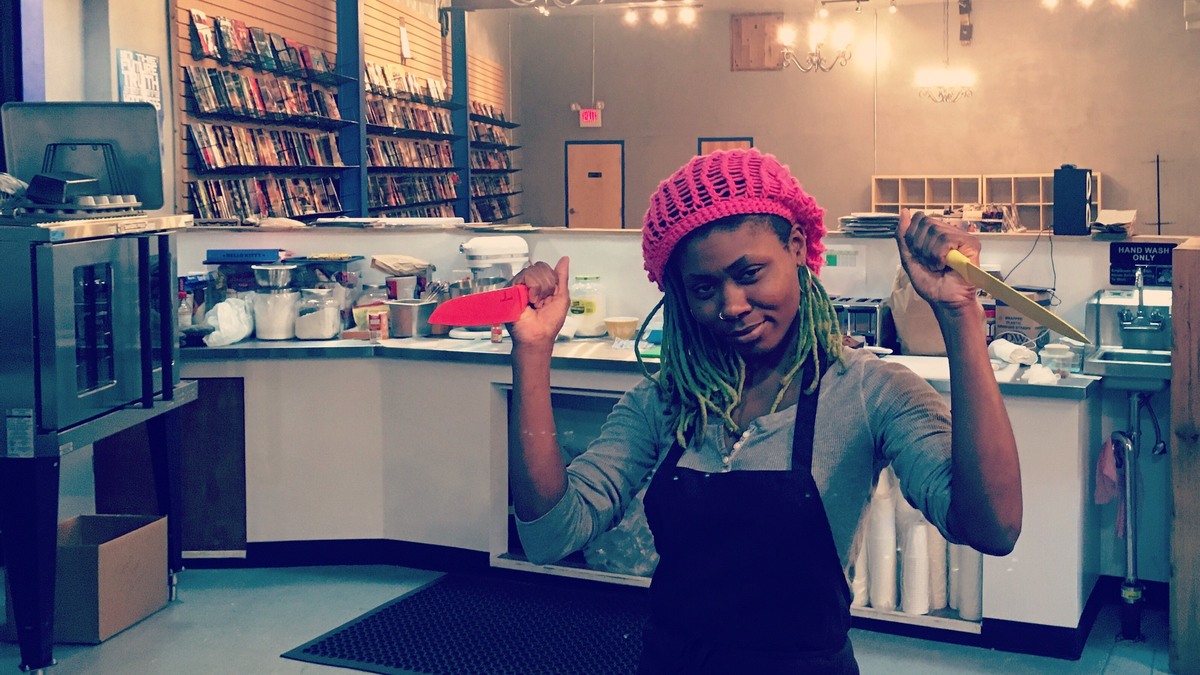 Ariell Johnson has combined her love of comic books with a place where people can socialize in her new business, Amalgam Comics & Coffeehouse.

The latest films in the Star Wars and Hunger Games franchises were not just box office smashes. They also shared something else in common: Both tapped into a widespread debate about casting.

Some fans of each of those films disputed casting decisions that put people of color into roles that weren't originally drawn or envisioned that way — at least by some onlookers. In the case of Star Wars: The Force Awakens, star John Boyega responded to the criticism with a succinct reply on Instagram: "Get used to it."

That may well be Ariell Johnson's message, as well. Johnson opened Amalgam Comics & Coffeehouse in Philadelphia last month with the goal of presenting diverse comics, creators and characters alongside the ones people already know and love.

The African-American comic book store owner tells NPR's Michel Martin about why she decided to start the shop — and what she thinks about diversity in blockbuster casting.

I have always liked the supernatural, superpowers, things like that. I specifically got into comics as a result of the Fox television show X-Men that came on in the '90s. That was a pivotal moment for me, because it had one of the main characters, Storm. That was the first time that I had seen a black woman as a leader, as a superhero, as a powerhouse. She is strong and a leader and all that.

It was just really exciting for me and kind of changed the way I viewed those types of things. Even though I always enjoyed them I didn't necessarily imagine myself a part of them. But after seeing her, I wanted to be a superhero. And so that just kind of stuck with me.

On the inspiration for Amalgam Comics & Coffeehouse 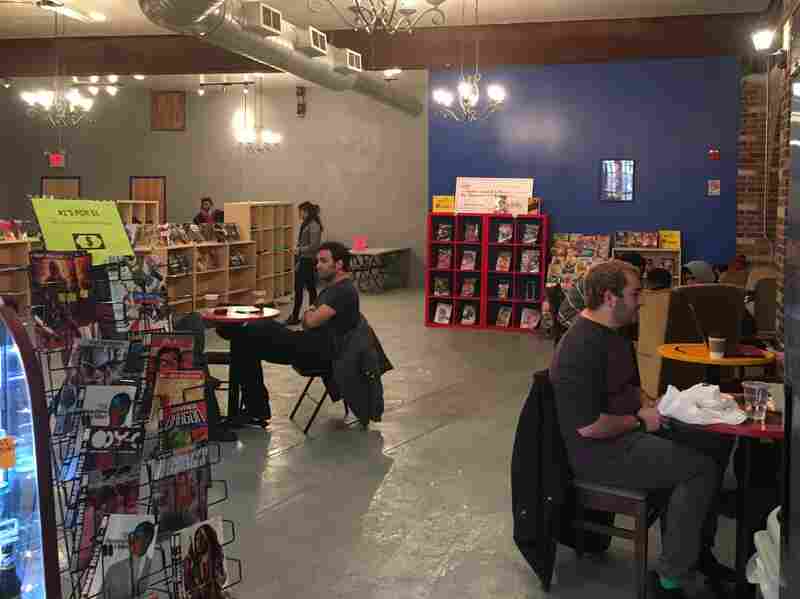 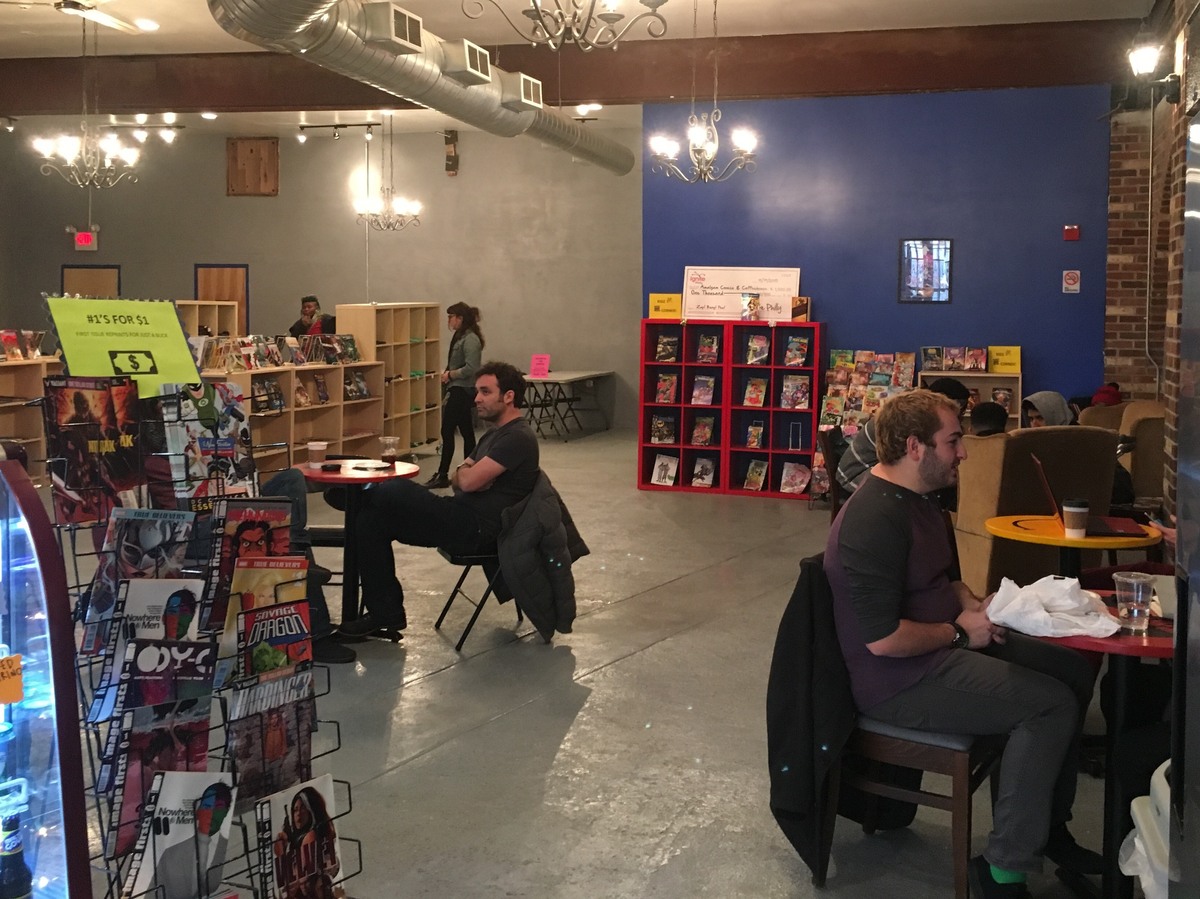 Ariell Johnson says customers have been supportive of her new comic book store and coffee shop.

What if there was a place where you could buy your comic books, but you didn't have to leave immediately after? You could get a drink, you could sit down and just kind of hang out. Maybe get into some conversations.

You know, generally in comic book stores there are always conversations happening, but the environment isn't conducive to that. There's usually no seating, or you're holding your bags, or you're standing around. It's just not comfortable. So creating that comfortable space.

On why people are responding to her business

I think the fact that I am a black woman opening up a comic book store, so I'm existing in this space that generally you don't see people that look like me well-represented.

For me to, in a way, be in the forefront — you know, this is my store and I'm choosing what we have in there and making it a place where we are being proactively representative of other people. It's not something that's an afterthought. [It's not like someone who says,] "Oh yeah we should probably have a Black History Month display or something like that."

We are actively thinking, how can we be more diverse? How can we show different kinds of people in this genre?

On diversity in big superhero movies

I understand why it's done. It's almost like I'm coming from two different angles. On one aspect, I understand why you're doing it, I think that's important again to have a diverse cast. If you make a movie and it's just white men up there, that is a problem.

But I think you also have to be careful, because when you do that, you're doing a disservice to the diverse character, whatever that is, because they're always going to be compared to their predecessor.

So in addition to diversifying established names, you also have to be mindful to create new characters, so that characters of color, characters that are LGBTQ, or who are Muslim or whatever. So that they are existing in their own right, and there's no one to compare them to, only themselves.