Accessibility links
Review: Savages, 'Adore Life' The four women of Savages first appeared in 2013 with Silence Yourself and a sound that lived up to the band's name — raw, confrontational, intense. Adore Life represents a huge leap forward. 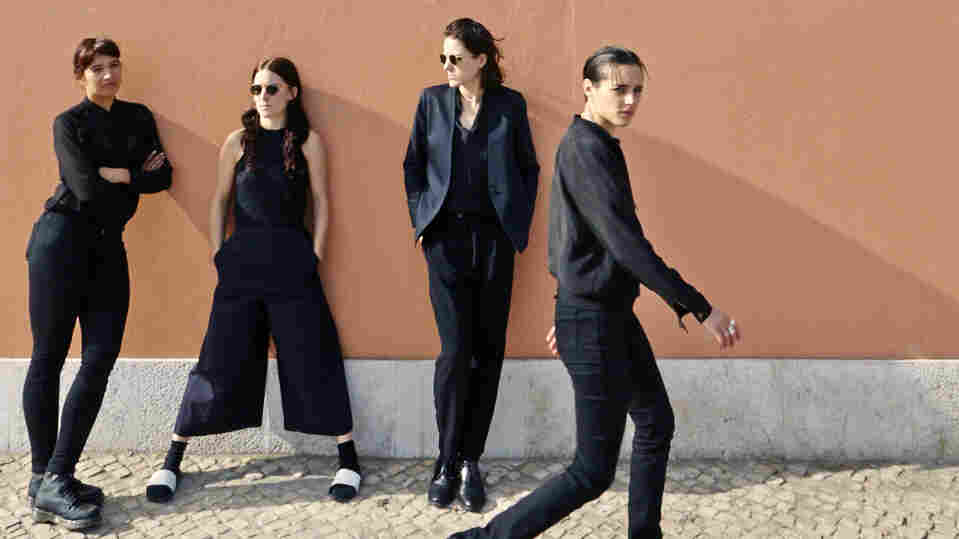 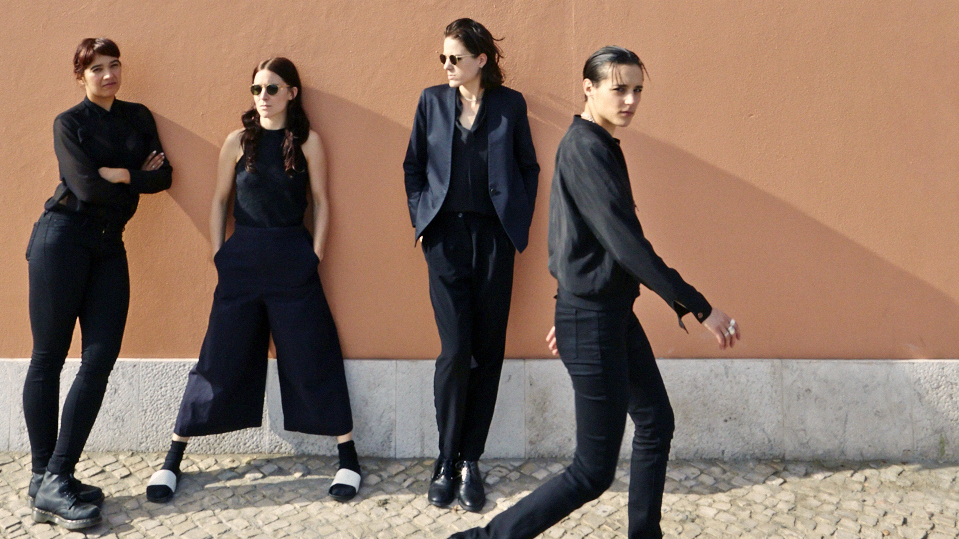 Dustin Cohen/Courtesy of the artist

How long has it been since a snarling singer and a supercharged electric guitar grabbed you by the throat and wouldn't let go?

The four women of Savages first appeared in 2013 with a noisy debut called Silence Yourself and a sound that lived up to the London band's name — raw, confrontational, intense. The just-released Adore Life represents a huge leap forward.

On this album, the palette has broadened. Singer Jehnny Beth says it happened after some touring: Savages began to write songs that unfolded like short stories, with sudden changes in tone and texture. To develop this new material, Savages did a smart thing by opting to set up a series of low-key "workshop" performances in clubs. Beth says these helped the band refine both its quiet moments and its thundering peaks.

Savages identifies as a post-punk band, and sure enough, the cornerstone of the sound is abrasive guitar. That can sometimes mask the sophistication in the writing. As the band's lyricist, Jehnny Beth explores the perils of love and commitment in terse, unsentimental language — in "Slowing Down The World," she sounds like she knows every step on the tightrope from infatuation to heartbreak.

Sometimes in rock, raw energy is everything. Savages' members have had that from the start. With Adore Life, the group expands and magnifies that intense, visceral roar. Listen closely through the ear-shredding distortion, and you'll hear the sound of a band that got good in a hurry.