Accessibility links
Analysts: Markets May Be Underestimating U.S. Economic Resilience Stock markets are often seen as a predictor of what's ahead for the economy. But some say this year's falling markets are crying wolf. "I think financial markets have overreacted," says one economist. 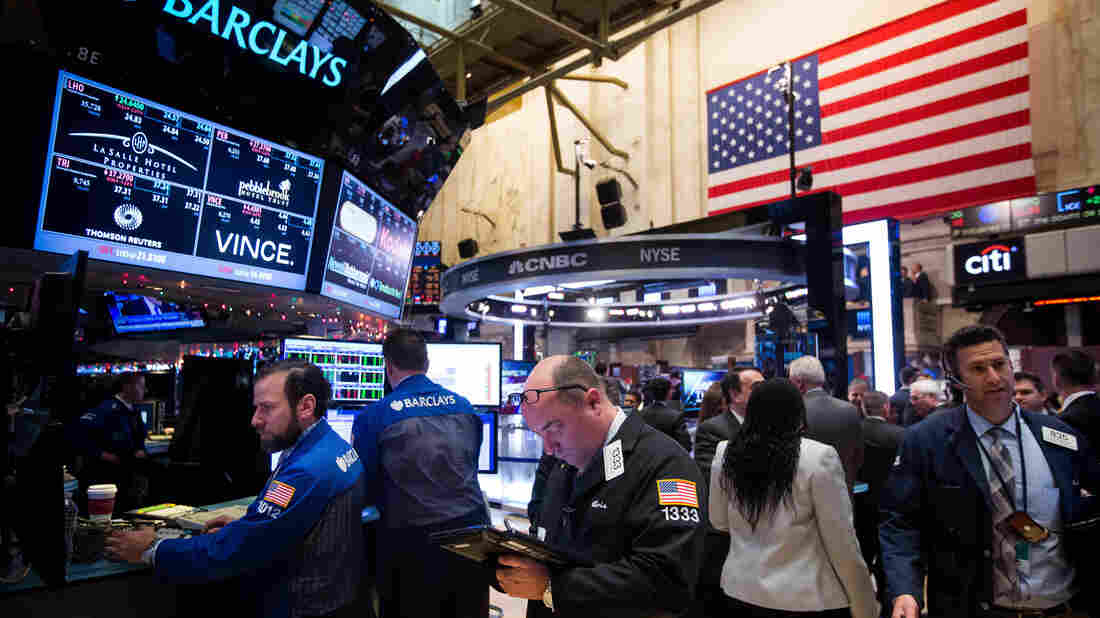 Traders work on the floor of the New York Stock Exchange in New York on Jan. 4. Bloomberg via Getty Images hide caption 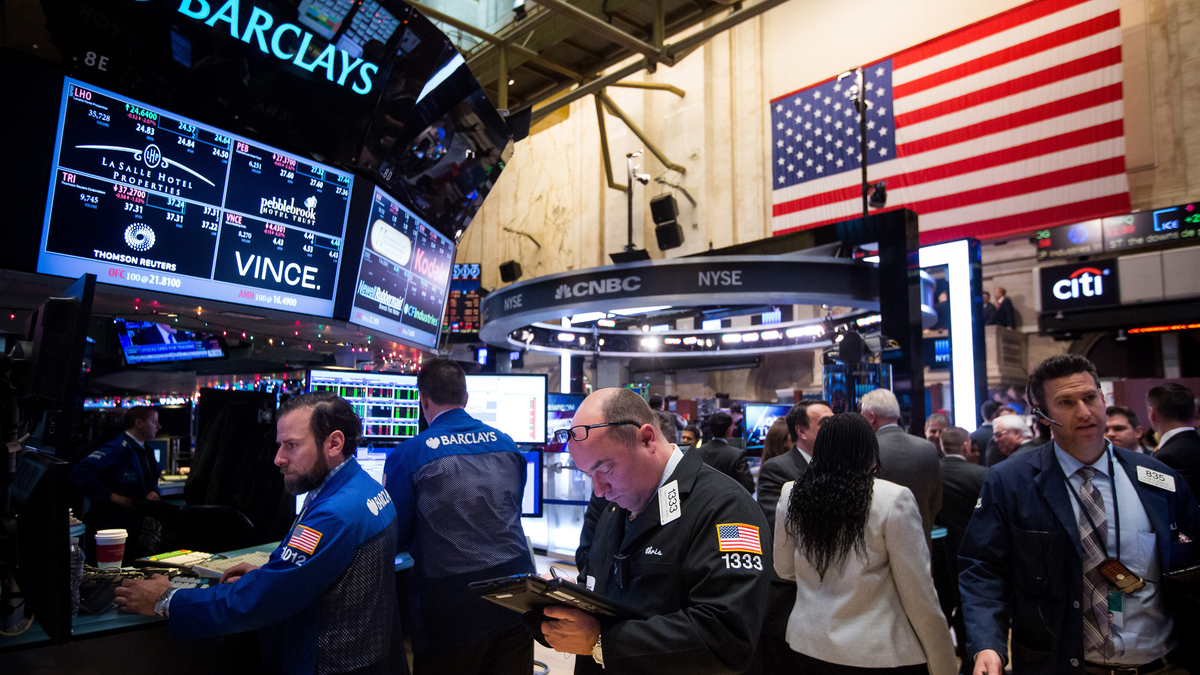 Traders work on the floor of the New York Stock Exchange in New York on Jan. 4.

As the old saying goes, the stock market has predicted nine of the last five recessions. In other words, sharply falling stock markets are crying wolf about half the time.

Dyke Messinger, who runs a small manufacturing company in Salisbury, N.C., thinks stock investors have been overreacting during this sell-off.

"It is bizarre to me when we see what we believe is good core strength in the U.S. market," he says.

Messinger's market is the construction industry. His company, Power Curbers, manufactures machines that contractors use to build curbs and gutters for housing developments and commercial buildings.

"Everybody is a bit on pins and needles due to the changing world economy, but there's still pent-up demand for housing and commercial construction," he says.

I think financial markets have overreacted.

Those sectors performed weakly in the U.S. coming out of the recession but are doing much better now.

Messinger's business is actually a good reflection of the situation many U.S. manufacturers face. He exports a lot of his machines. About 30 percent of his sales are to international customers, including oil producing countries in the Middle East. The plunge in oil prices has hurt his business; his international sales have fallen sharply. So he knows the global economy can hurt U.S. growth.

"I know a lot of what happens in the United States depends upon what's going on in China and other countries, but if I had some spare money, I think I'd be buying U.S. stocks," Messinger says.

He says for his company, growth in the U.S. economy will more than offset lost business abroad.

For Oil Drillers And Retirement Savers, This Is Not A Good Day

Wall Street Traders Get Mauled By The Rampaging Bear

Wall Street Has Another Brutal Day, As Stock Prices Plummet

Economist Sara Johnson also believes the U.S. stock market is not accurately predicting the U.S. economy in 2016. "I think financial markets have overreacted," she says.

Johnson, senior research director for global economics at IHS, points to strong U.S. job growth as evidence the domestic economy remains on track despite global weakness. And she says concerns that the U.S. is vulnerable to the slowdown in Chinese growth are overblown.

"While it certainly is creating some turmoil in financial markets, the real economic consequences for the U.S. are limited," she says.

For one reason, total exports represent only about one-eighth of the U.S. economy, and less than 10 percent of those exports go to China. So the vast majority of U.S. economic activity is generated inside U.S. borders.

And Johnson sees a positive picture for this year, helped by the deep decline in oil prices. She acknowledges that plummeting oil prices hurt the U.S. economy last year, decimating energy companies and sparking huge layoffs. But, she says, 2016 will be different.

"The U.S. is a net importer of crude oil, so the drop in prices is a substantial gain to U.S. consumers," she says.

That's been the conventional wisdom, but some economists have begun to doubt that low oil prices are a net positive for the U.S. economy. After all, because of the shale revolution, the U.S. has become the world's largest producer of oil and natural gas. That means energy price drops have a bigger negative impact on American companies and workers than before.

In fact, Goldman Sachs now predicts that those negatives will offset the benefit to U.S. consumers, so lower oil prices won't be a boost to the economy this year.