Accessibility links
Here's Why Voters Are So Anxious This Election The mood of the voters is one of the most important political factors in an election year. This year voters are anxious, frightened and angry — for a lot of good reasons. 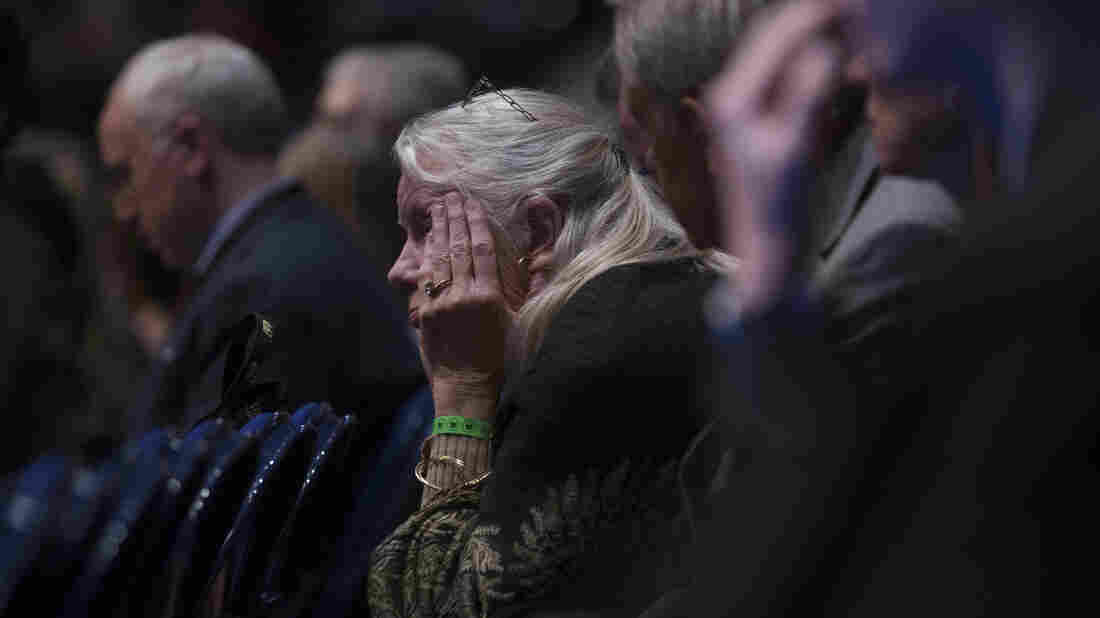 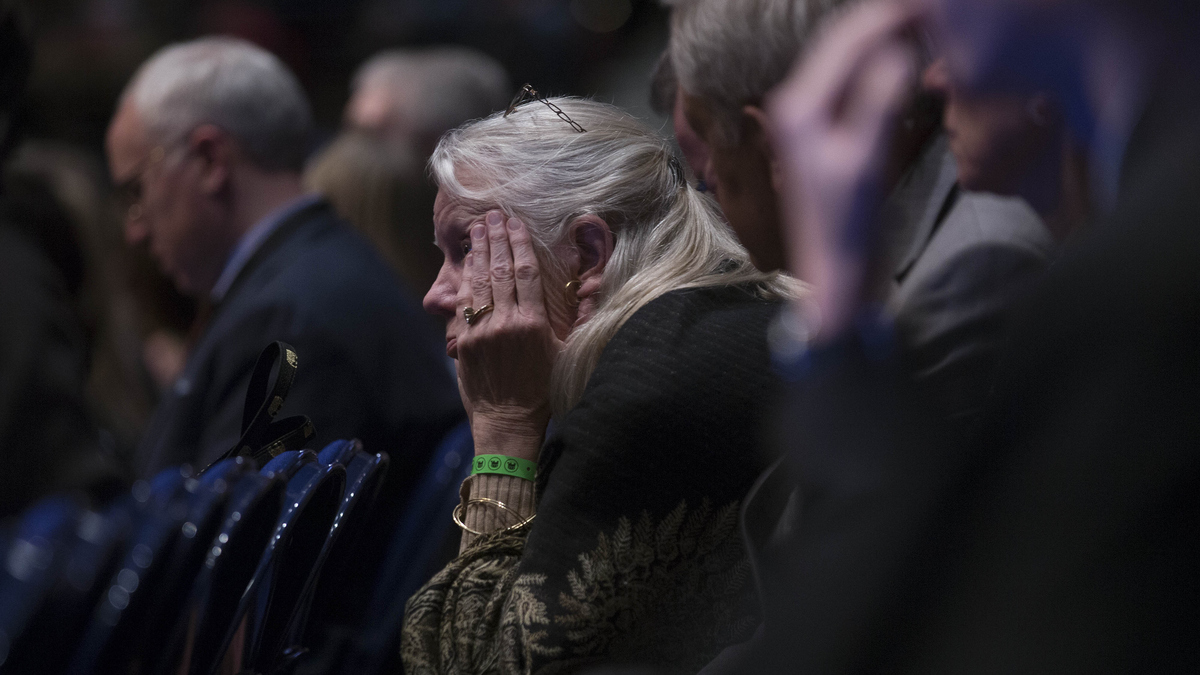 Attendees listen to the Republican presidential candidate debate at in North Charleston, S.C., earlier this month.

This week, NPR and some member stations will be taking the temperature of the electorate in communities around the country. You can follow those stations, via Twitter, here.

The mood of the voters is one of the most important political factors in an election year. This year voters are anxious, frightened and angry.

Candidates in both parties are trying to show they get it.

On the Democratic side, Bernie Sanders' angry tirades against Wall Street have found a receptive audience (more on that from NPR's Brian Naylor here).

Hillary Clinton often talks about the fears and insecurities of ordinary voters.

And on the Republican side, no one has identified with or stoked voters' anger better than Donald Trump.

In the latest Republican debate, Trump declared, "I will gladly accept the mantle of anger."

There are a lot of good reasons voters are ticked off this year. Here are some:

No. 1 is the absence of the kind of broadly shared economic growth that makes the American dream possible.

"When you consider the fact that household incomes are still thousands of dollars below where they were at the end of the Clinton Administration," explained Bill Galston, a former Clinton White House aide, "people have gone a long time without making a lot of progress. They know it, they're feeling it, and they're not very happy about it."

Whether or not you think ISIS poses an existential threat to the United States, after December's attack in San Bernardino, Calif., there was no question that the war on terrorism has come back home. And that's scary.

Then there's demographic change: 2014 was the first year the majority of American kindergartners were minorities, Harvard political scientist Danielle Allen points out.

"We're only a dozen years away from majority-minority voting cohorts entering into our voting ranks," said Allen. "In some parts of the country, there's just a sort of incredibly durable tradition of white political and social control, and that demographic transition is forcing to a head the question: 'What happens now?' "

This is why immigration has become such a flash point — particularly in the Republican primaries.

"One of the most illustrative things that has happened this year was in the way that Donald Trump switched from Mexicans to Muslims almost instantaneously," said professor Roberto Suro, an immigration expert at the University of Southern California. "It was a simple pivot after San Bernardino. Terrorism and labor migration became one thing."

According to Suro, it's not specific immigrants, or even immigration itself that voters are angry about. Instead, he said, immigration has become a vehicle to touch people's anxieties about a whole bunch of other matters, such as jobs, terrorism and the failure of government to perform basic functions — like policing the border.

Exacerbating all these anxiety-producing factors is a gridlocked political system that can't seem to solve big problems, no matter which party has control.

And here Republicans are angry at their own party's leaders in Washington in a way Democrats just aren't, says conservative analyst Henry Olsen, author of The Four Faces of the Republican Party.

"They've been listening to politicians who've been telling them for decades now that government can and ought to shrink quickly," he said. "And they think that when Republicans get elected that that's what Republicans got elected on. So they are angry for things they've been told they can have but most people in politics know they really can't."

Voters in both parties are angry at elites. But just like everything else this year, says Galston, Democratic and Republican populists are pointing their pitchforks at two very different targets.

"For the Republicans, the anti-elite focus is on government and professional experts of all kinds," Galston said. "And for the Democrats, and especially for the more left-leaning Democrats, the focus is on economic and financial elites."

It's not clear which candidates will benefit most from all that angry anti-elitism when voters finally start going to the primary polls next month.

One of the functions of elections is to hold up a mirror to society and to reflect what voters are feeling and what they want through the electoral process. And those feelings of anger and anxiety coming to the surface are defining the 2016 elections.