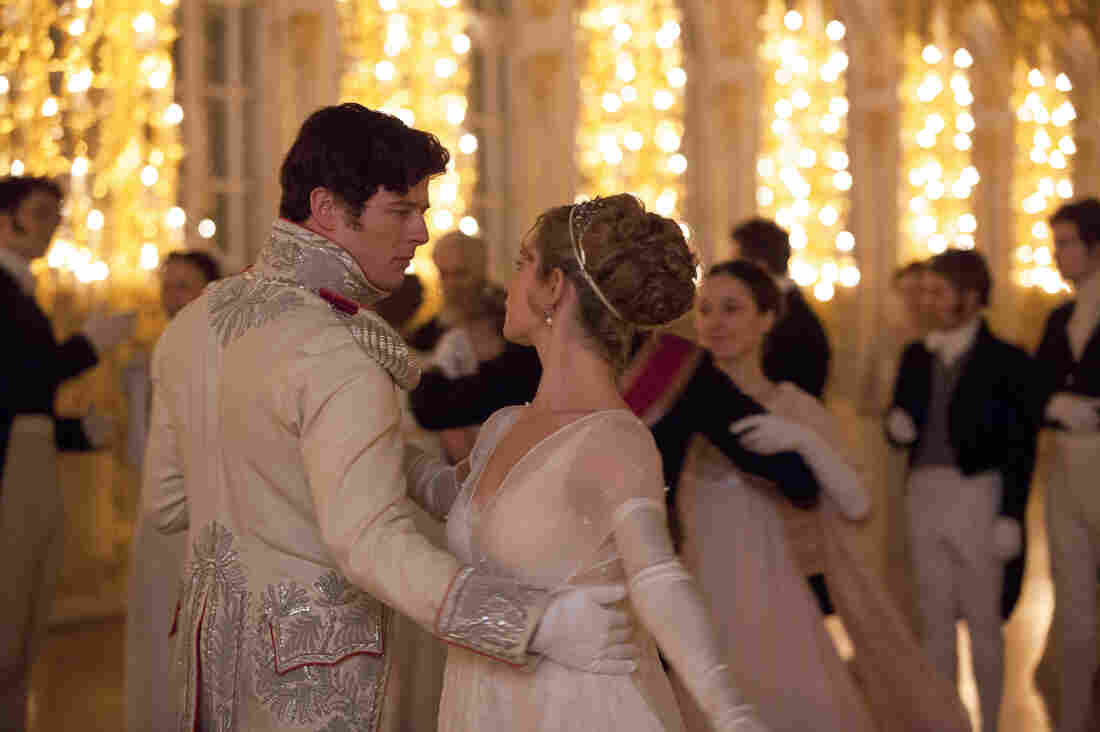 Producer Harvey Weinstein has loved War and Peace ever since he first read it (slowly) at age 12. "It's sexy; there's nudity. It's unbelievable," he says. Above, James Norton as Andrei and Lily James as Natasha. Laurie Sparham/BBC 2015 hide caption 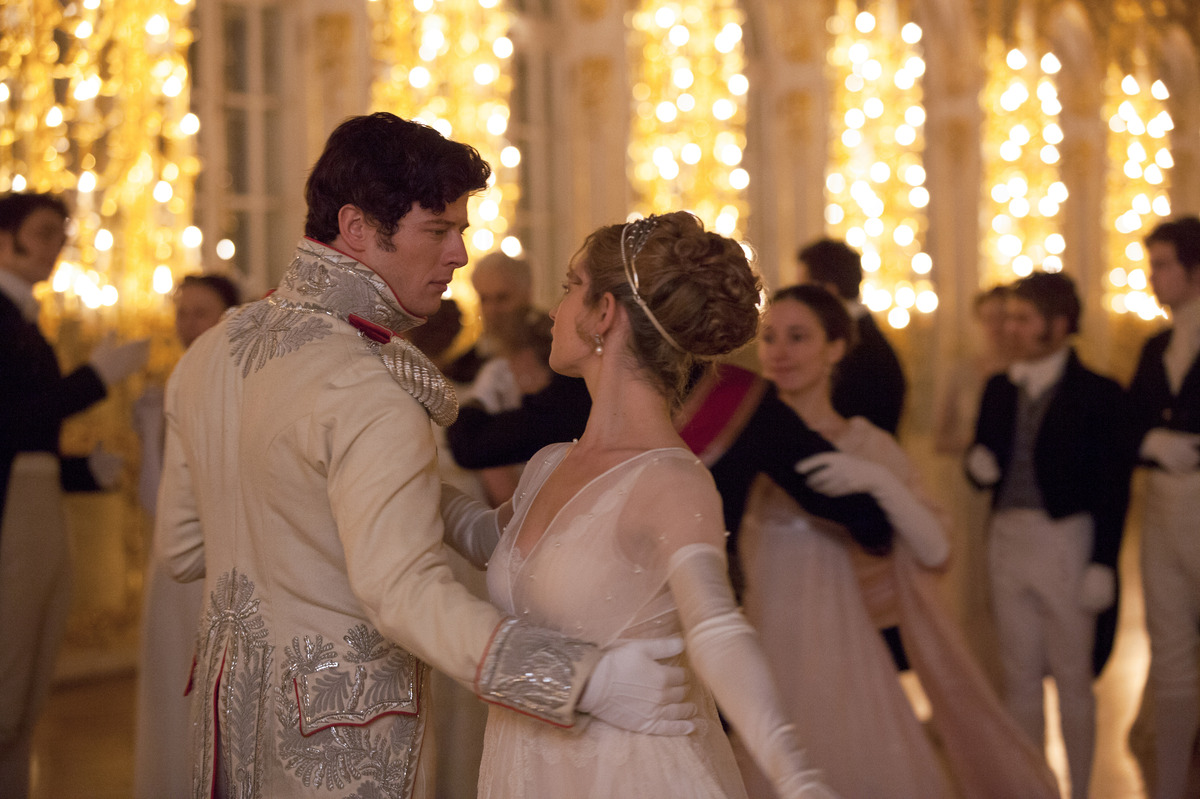 Producer Harvey Weinstein has loved War and Peace ever since he first read it (slowly) at age 12. "It's sexy; there's nudity. It's unbelievable," he says. Above, James Norton as Andrei and Lily James as Natasha.

Oscar-winning film producer Harvey Weinstein may be best-known for producing movies like Pulp Fiction, The English Patient and Shakespeare in Love. But the indie film mogul has also been busy producing TV. His latest project is a version of War and Peace, a co-production with the BBC and Lifetime.

The miniseries — which airs simultaneously on A+E, Lifetime and History — is an updated retelling of Leo Tolstoy's classic Russian novel. And it's a passion project for Weinstein.

"Sometimes audiences are intimidated by War and Peace and think, 'Oh God, what am I going to be doing ... homework?' This is the least homework assignment you've had in your life," Weinstein promises. "It's sexy; there's nudity. It's unbelievable. These battle sequences are spectacular."

Weinstein is well-versed in the cinematic history of War and Peace. There was the 1956 film with Audrey Hepburn and the 1960s Russian version by Sergei Bondarchuk that won an Oscar.

"It's like the most spectacular stuff you've ever seen," says Weinstein. "That was the quintessential War and Peace."

The Russian version was eight hours long. It cost $100 million to make — in the 1960s — and it featured the Red Army, which re-created Napoleon's battle scenes. Weinstein says shooting a new version on location in Russia was a challenge.

"We picked up the hints like: Hey you guys are never going to make it as good as we did in 1960, why are you bothering? ... It took a fair amount of diplomacy," he says. "We actually got both governments involved; we used ambassadors to help us."

I always loved it — it's always been my favorite book.

Harvey Weinstein on 'War and Peace'

Weinstein says he has been passionate about Tolstoy's epic novel ever since he was a boy. A librarian neighbor gave him a copy to read.

"You've got streaming, you've got online, you've got all kinds of new distribution. You've got Netflix, HBO. You've got all these other areas out there that didn't exist way back," Redford said. "So as a result, it kind of bleeds away from film. Film is not in a good place."

Weinstein agrees, saying that these days, Hollywood studios are more interested in producing big budget blockbusters than the kinds of films for which his company — and Sundance — are known. Recently, his company had some layoffs and announced it was focusing more on television. Changes like this, though, created opportunities for TV executives like Rob Sharenow, the executive vice president of A+E and Liftetime.

He says television and streaming services such as Netflix and Amazon are enjoying a renaissance.

More On 'War And Peace'

"It's the truly extraordinary, excellent works that are really being acknowledged, and praised and standing out," he says. "Something like War and Peace comes along, one of the greatest novels ever written, Harvey, BBC, this amazing package — we jumped on it. I do think that's what audiences expect from television and frankly they're not getting at the multiplex."

When he talks about War and Peace Weinstein lights up. He says he has finally answered that librarian who gave him a copy of the novel all those years ago.

"I'm really proud of this ..." he says. "It's emotional to me. Some things stand out in your life, in your career, and you go full circle."