Accessibility links
Supreme Court Opens Door To Parole For Juveniles Given Life Sentences The Supreme Court ruled 6-3 on Monday that convicts serving life for crimes committed while juveniles must be resentenced. For some prisoners, that may mean early release. 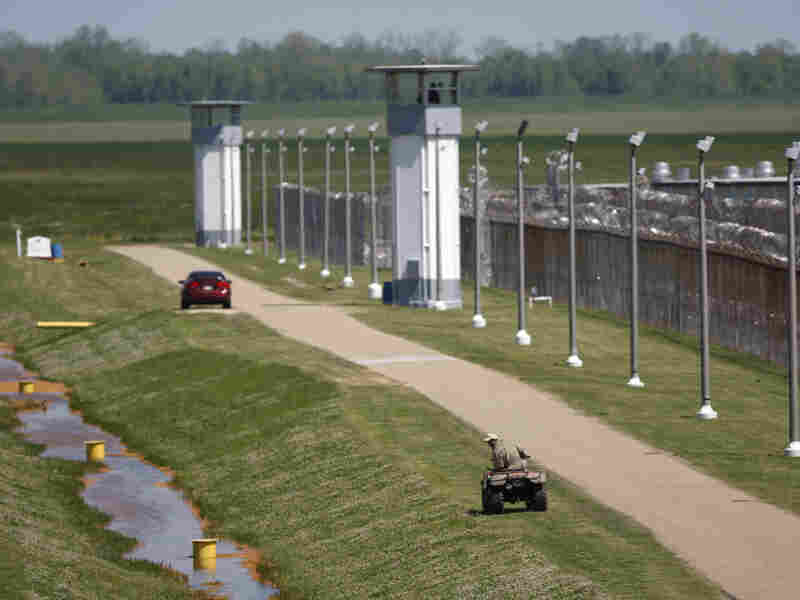 Louisiana State Penitentiary workers inspect levees near the prison, also known as Angola, in 2008. Henry Montgomery, who has been held there for more than 50 years after being sentenced to life at 17, may be resentenced after winning his Supreme Court case on Monday. Tim Mueller/AP hide caption 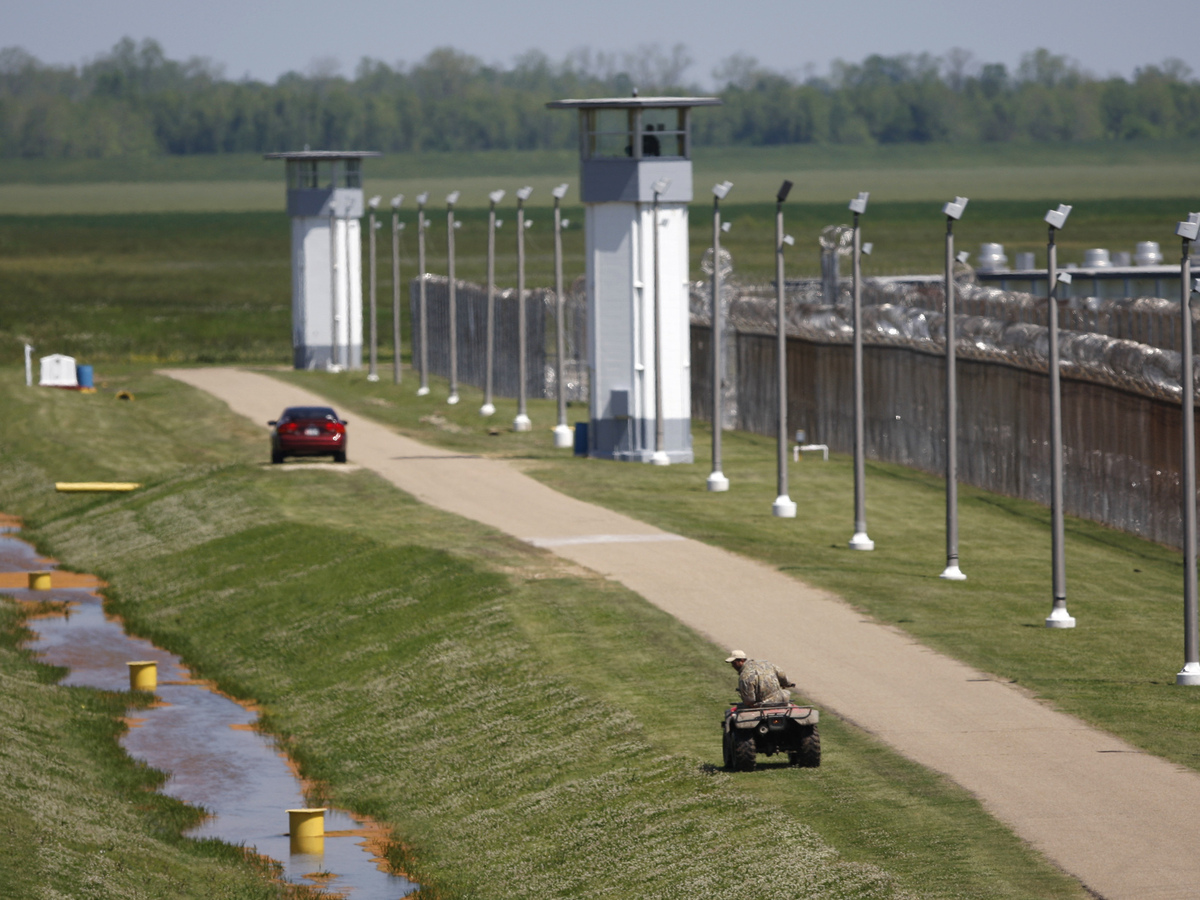 Louisiana State Penitentiary workers inspect levees near the prison, also known as Angola, in 2008. Henry Montgomery, who has been held there for more than 50 years after being sentenced to life at 17, may be resentenced after winning his Supreme Court case on Monday.

The U.S. Supreme Court has offered a reprieve to as many as 2,000 men and women currently serving mandatory terms of life in prison without parole for homicides they committed as juveniles.

The court's 6-3 decision expands an earlier 2012 ruling in which the justices struck down issuing such mandatory life terms for juvenile murderers. A 2010 ruling had declared life sentences for juveniles unconstitutional for all other convictions.

On Monday the justices took the unusual step of applying the 2012 ruling retroactively, meaning that all those juvenile murderers sentenced to such automatic life terms in the past will have a chance for release.

The case before the court began more than a half-century ago when Henry Montgomery, an African-American teenager, was sentenced to life without parole for the murder of a white police officer in Louisiana.

Now 70, Montgomery long has been a model prisoner at Louisiana's notorious Angola prison. When he was originally sentenced, his life term was mandatory, with no consideration of his age or the possibility he might some day be rehabilitated — so when the Supreme Court ruled four years ago that mandatory life terms are unconstitutional for juvenile murderers, his lawyers sought a review of his sentence.

The lower courts upheld the mandatory term, concluding among other things that the high court's decision was not retroactive. Indeed, the Supreme Court usually does not make its criminal law decisions retroactive — but this case proved a rare exception.

Writing for the court's six-justice majority, Justice Anthony Kennedy said that a life-without-parole sentence is always unconstitutionally cruel and unusual punishment for a juvenile offender, unless the defendant is found to be "irreparably corrupt" and "permanently incorrigible."

We have made clear in a series of rulings, he said, that life terms for juvenile defendants are impermissible except for the "rare juvenile offender who exhibits such irretrievable depravity that rehabilitation is impossible."

The court's 2012 decision barring automatic life terms for juvenile murderers, he said, is the kind of rare new constitutional rule laid down by the court that must be applied by the states, not just prospectively, but retroactively too.

"Henry Montgomery has spent each day of the past 46 years knowing that he was condemned to die in prison," Kennedy said. "Perhaps it can be established, due to exceptional circumstances, that this fate was a just and proportionate punishment for a crime he committed as a 17-year-old boy."

But, Kennedy, concluded, "in light of what this court has said about how children are different from adults in their level of culpability, prisoners like Montgomery must be given the opportunity to show their crime did not reflect irreparable corruption; and if it did not, their hope for some years of life outside prison walls must be restored."

Experts say there are some 2,000 life termers in similar circumstances, sentenced without consideration of the "immaturity, recklessness and impetuosity" of youth. Some of these 2,000 are in states that have already made the court's earlier decision retroactive, though many have not yet had new sentencing hearings.

Louisiana and other states argued before the court that if they were forced to hold new sentencing hearings, it would be difficult, time consuming, and expensive. The state's lawyer said that about half of these so-called juvenile lifers have been in prison for 20 years or more and that in many cases, the witnesses, defense lawyers and prosecutors are dead, and the records impossible to locate.

In Monday's decision, the court offered the states an alternative, telling them they could instead parole those prisoners no longer deemed dangerous.

Justice Antonin Scalia, writing for the dissenters, mocked that suggestion.

"In 'Godfather' fashion, the majority makes state legislatures an offer they can't refuse," he said — "avoid all the utterly impossible nonsense" we have required for sentencing juvenile homicide offenders by simply considering them for parole, said Scalia. "Mission accomplished."