Accessibility links
San Diego Mulls Whether To Let City, Not Utility, Buy Alternative Energy It's the largest city in the U.S. to commit to using only renewable energy. And even though stakeholders are on board, trouble could be brewing over how to implement the plan. 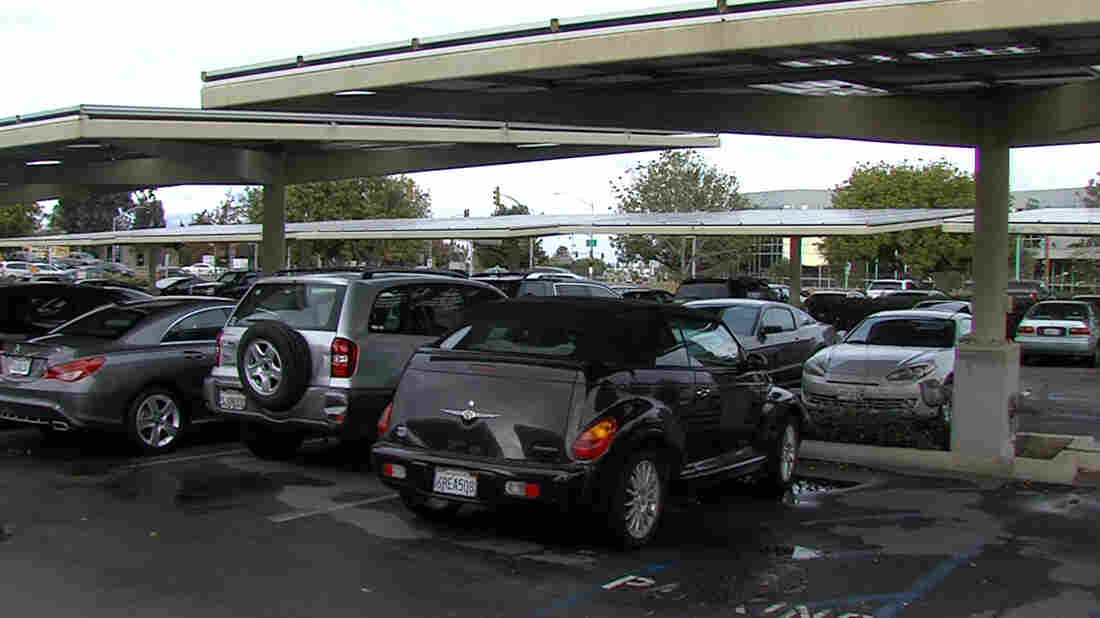 "Solar trees," which suspend solar panels over parking spaces in San Diego, collect electricity. Generating solar power like this is just one rung on a ladder the city will have to climb to reach 100 percent renewable energy by 2035. Clare Trageser /KPBS hide caption 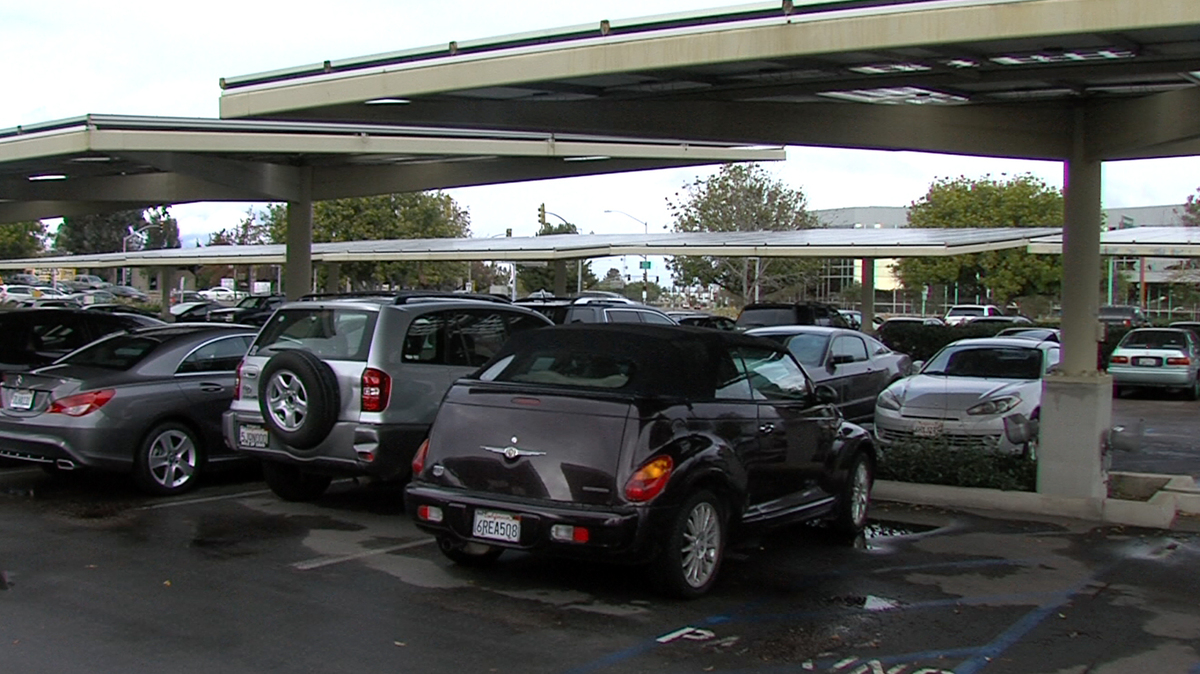 "Solar trees," which suspend solar panels over parking spaces in San Diego, collect electricity. Generating solar power like this is just one rung on a ladder the city will have to climb to reach 100 percent renewable energy by 2035.

San Diego is the largest city in the country to commit to using only renewable energy, a goal that political parties, environmentalists and business groups hope to meet over the next 20 years.

That's right. There is broad consensus to reach this environmentally ambitious plan.

"A thriving business environment is one in which the quality of life is high so that we can attract the best and brightest talent from around the nation [and] around the world," says Sean Karafin, with the San Diego Regional Chamber of Commerce.

Everybody's on board now, but there could be trouble brewing on the horizon. The problem is whether to set up an alternative energy program that would put the city in charge of buying electricity instead of the power company. It's called community choice aggregation.

"Imagine if you only had a single option for wireless service," says Ty Tosdal, an energy regulation lawyer. "It wouldn't present any kind of competitive pressure on companies to bring their prices down."

Right now, there's only one place residents can get power: San Diego Gas and Electric. The utility has a lot of influence. It donates to and lobbies San Diego's elected officials and has a strong voice at the Chamber of Commerce. So as the city decides whether to implement community choice, political leaders could take sides.

Tosdal says utilities have sway in many cities across the country.

How San Diego Will Hold Up Its Green Transition Promise

How San Diego Will Hold Up Its Green Transition Promise

San Diego's power company wrote in a statement it will reach 50 percent renewable in 15 years. But that's only half the city's goal.

"We don't necessarily have to go out into open space miles away and ship energy into San Diego. We can build it right here and use it right here, and that's where we want the future to be," says environmentalist Nicole Capretz.

And, she says, community choice is the only way to go 100 percent renewable. "If we do break away from our utility, then we can install the solar locally in our parking lots and our rooftops," she says.

And that's a model that can scale nationally.

"We want the mayors of New York, of Boston, of Chicago, of Phoenix, Ariz., to kind of look around and say, 'Oh, well, I want to be in the lead here. I don't want to let San Diego take the mantle,' " she says.

Capretz is also hoping her city shows that taking control of its energy is the way to reach that goal.