Accessibility links
Trump Hammers Birther Charge, Dismisses Cruz As 'The Canadian' With the polls tightening a week ahead of the Iowa caucuses, the real-estate mogul is continuing to raise questions about whether the Texas senator is even eligible for the White House. 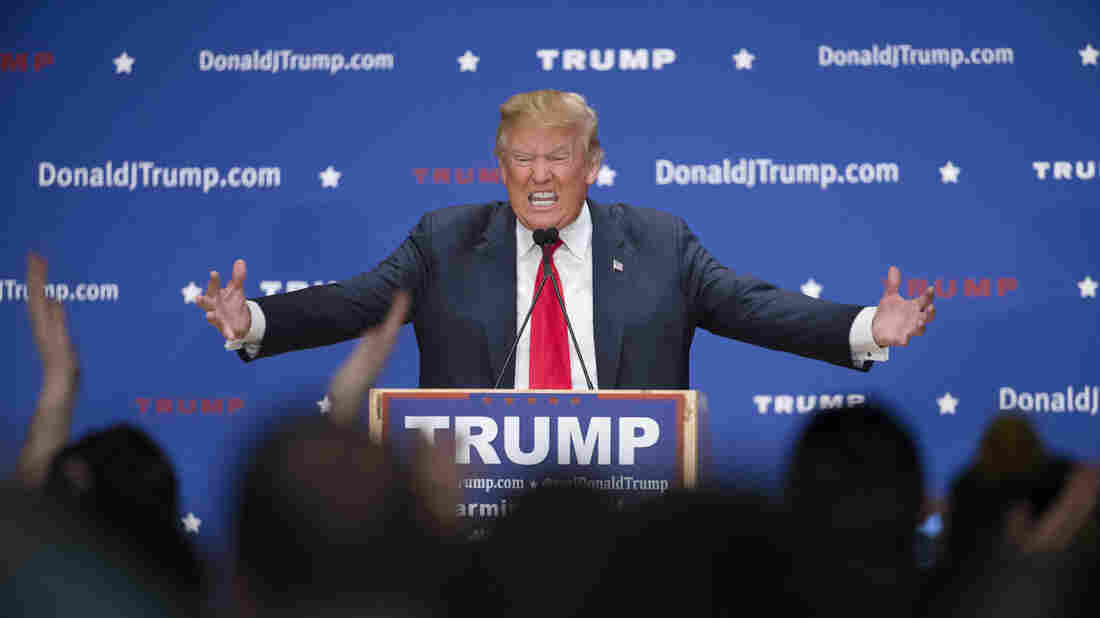 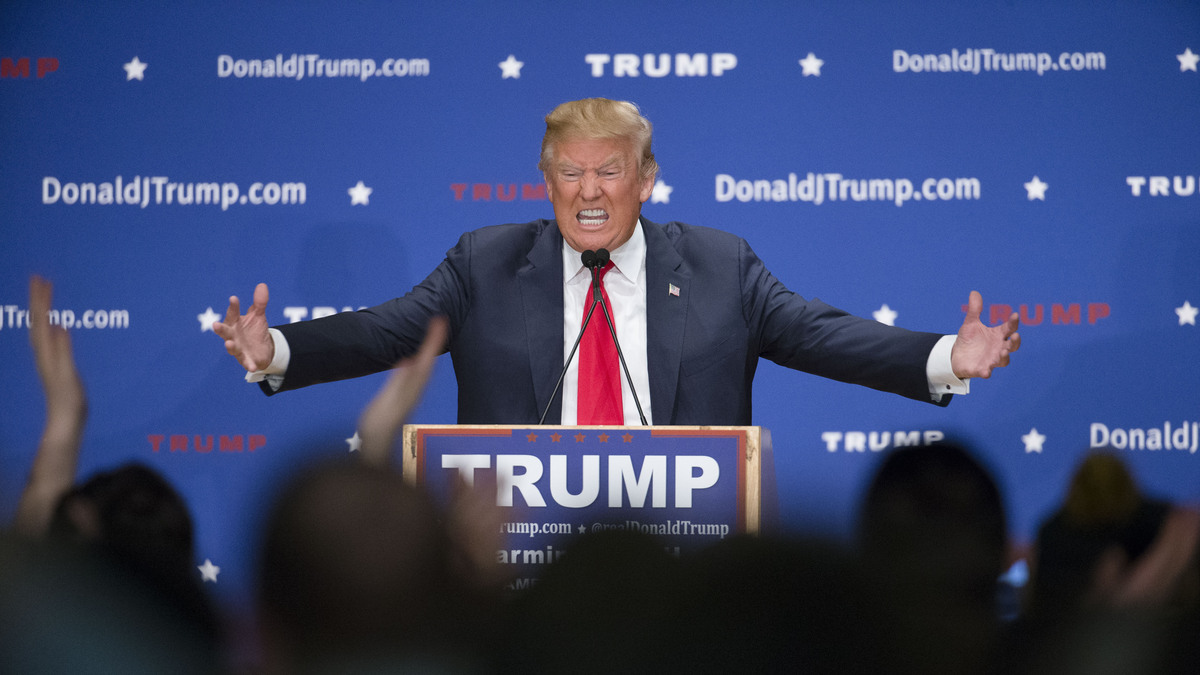 Donald Trump doubled down on rival Ted Cruz's citizenship Monday night, again questioning whether the Canadian-born Texas senator is eligible for the presidency.

"My new battle is with a gentleman named Ted Cruz," the billionaire real-estate mogul said at a rally in Farmington, N.H. "The Canadian, the man from Canada."

Trump went on to laugh that maybe Cruz should be running for prime minister of Canada instead. (Cruz renounced his Canadian citizenship last year.)

Trump also continued to sow the seeds of doubt that Cruz — whose mother was an American citizen — is, in fact, a "natural born citizen" and thus legally eligible for the White House.

"He's born in Canada, on Canadian soil. I mean, come on," jabbed Trump, who gained political prominence during the Obama administration for raising false questions about President Obama's birth. The president was born in Hawaii.

Top legal experts believe Cruz is eligible, though the question has never been tested in courts — something Trump raises as something that could pose a "problem" for Cruz if Democrats sue.

But Trump has begun to raise an issue that could have deeper resonance. He criticized his principal GOP rival as trying to portray himself as "Mr. Robin Hood — he's gonna protect you from the horrible Wall Street bankers," when he took a loan from Goldman Sachs, his wife's employer, for his Senate campaign, which he didn't fully disclose.

Some of the criticisms Trump has unleashed on Cruz, including questioning Cruz's commitment to stopping illegal immigration in a new ad, seem to be working. The most recent polls in Iowa show Trump overtaking Cruz again with just one week until the state's caucuses Monday.

Cruz has also upped the ante with his attacks against Trump. He released an ad Monday afternoon hitting Trump on his "New York values" — reviving an attack line from the last GOP debate to point out the one-time Democrat's past support for abortion rights and liberal social issues.

Cruz also released an ad last week hitting Trump over eminent domain, something the businessman defined as "a taking, where" the person being bought out "make[s] a fortune."

Pointing out that most people don't even know what eminent domain is, Trump cast it in a positive light — something used to build highways and hospitals. But he didn't mention the fight that Cruz's ad refers to, in which Trump was trying to buy a New Jersey widow's home to build a limousine lot.

Trump also managed to turn that attack around against Cruz, noting that the Keystone XL pipeline, which Cruz supports, would be a case of eminent domain, too.

"You wouldn't have 10 feet of that pipeline if it weren't for eminent domain," Trump said, "because that pipeline goes from Canada — the birthplace of Ted Cruz!" all the way to Texas, where Cruz is senator.

Trump added with a smirk, "Is there something going on there?"