Accessibility links
Trump Will Skip GOP Debate As Feud With Fox News Boils Over GOP front-runner Donald Trump, upset over his treatment by Fox News and by top anchor Megyn Kelly, is boycotting the final debate ahead of the Iowa caucuses. 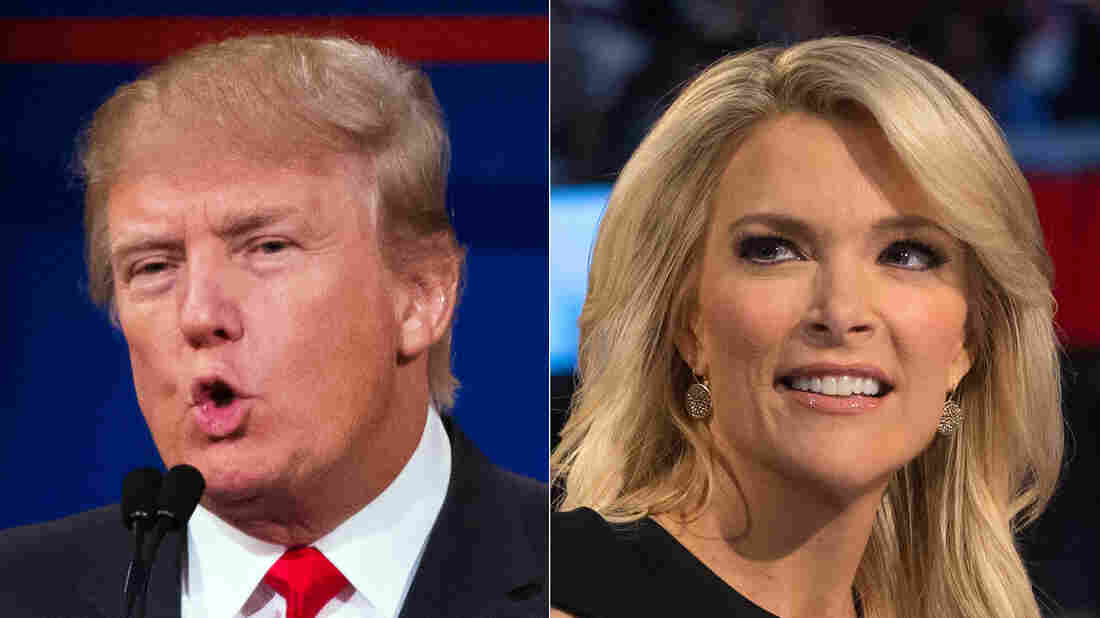 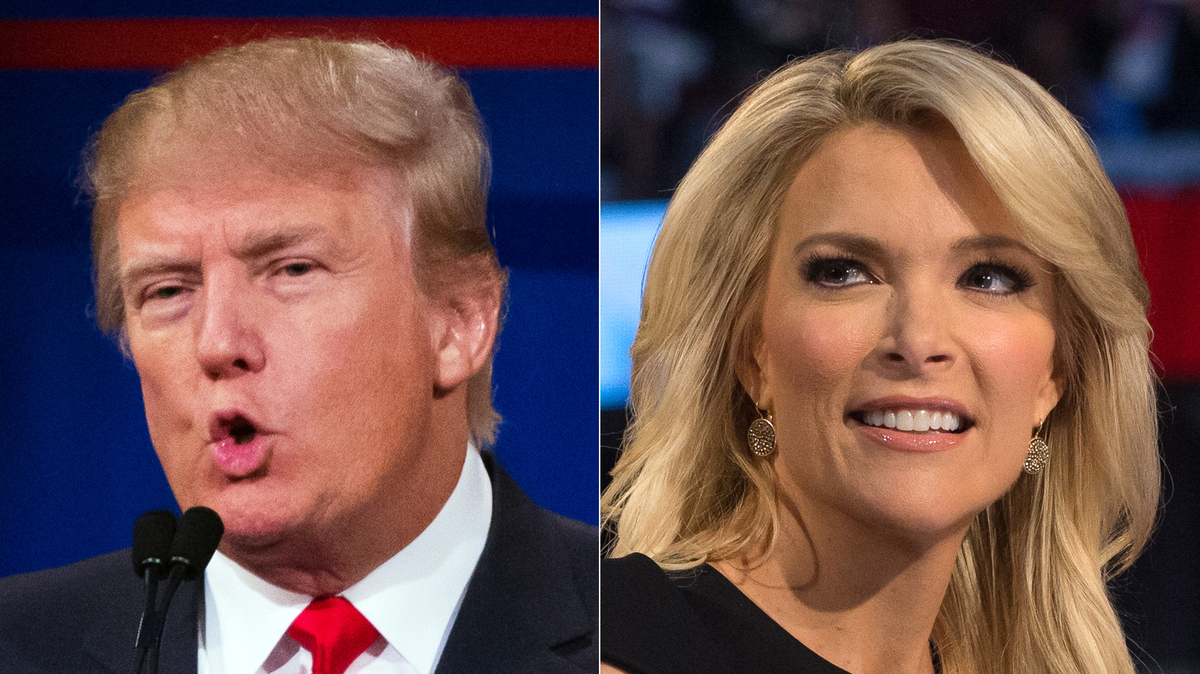 The stage is set for Thursday's Fox News Channel final debate ahead of the Iowa caucuses — but front-runner Donald Trump won't be there.

After teasing earlier Tuesday evening that he "probably won't bother" with the debate, Trump's campaign confirmed he won't participate, citing unfair treatment from the network:

As someone who wrote one of the best-selling business books of all time, The Art of the Deal, who has built an incredible company, including some of the most valuable and iconic assets in the world, and as someone who has a personal net worth of many billions of dollars, Mr. Trump knows a bad deal when he sees one. FOX News is making tens of millions of dollars on debates, and setting ratings records (the highest in history), where as in previous years they were low-rated afterthoughts.

Unlike the very stupid, highly incompetent people running our country into the ground, Mr. Trump knows when to walk away. Roger Ailes and FOX News think they can toy with him, but Mr. Trump doesn't play games. There have already been six debates, and according to all online debate polls including Drudge, Slate, Time Magazine, and many others, Mr. Trump has won all of them, in particular the last one. Whereas he has always been a job creator and not a debater, he nevertheless truly enjoys the debating process - and it has been very good for him, both in polls and popularity.

Trump's objections stem from last year's first GOP presidential debate, when anchor and moderator Megyn Kelly pressed him about his derogatory comments about women. Trump was outraged, and later said on CNN that Kelly had "blood coming out of her eyes, blood coming out of her wherever" with her angry questioning.

On Tuesday evening, Trump doubled down when speaking to reporters in Iowa, dismissing Kelly as a "third-rate reporter" who is "frankly not good at what she does."

Fox News hasn't backed down on picking Kelly again as one of its moderators, alongside Bret Baier and Chris Wallace. And earlier Tuesday, the network slammed Trump for trying to bully it into changing the moderators.

"We learned from a secret back channel that the Ayatollah and Putin both intend to treat Donald Trump unfairly when they meet with him if he becomes president — a nefarious source tells us that Trump has his own secret plan to replace the cabinet with his Twitter followers to see if he should even go to those meetings," a Fox News spokesman said in a statement.

That tongue-in-cheek statement seemed to push Trump to follow through on his threat to not participate in the debate.

In lieu of attending the debate, Trump's campaign said he would "instead host an event in Iowa to raise money for the Veterans and Wounded Warriors, who have been treated so horribly by our all talk, no action politicians. Like running for office as an extremely successful person, this takes guts and it is the kind mentality our country needs in order to Make America Great Again."

Fox News shot back in a statement late Tuesday evening, saying it was the Trump campaign who had threatened Kelly.

"We're not sure how Iowans are going to feel about him walking away from them at the last minute, but it should be clear to the American public by now that this is rooted in one thing – Megyn Kelly, whom he has viciously attacked since August and has now spent four days demanding be removed from the debate stage," a Fox News spokesperson said. "Capitulating to politicians' ultimatums about a debate moderator violates all journalistic standards, as do threats, including the one leveled by Trump's campaign manager Corey Lewandowski toward Megyn Kelly. In a call on Saturday with a Fox News executive, Lewandowski stated that Megyn had a 'rough couple of days after that last debate' and he 'would hate to have her go through that again.' Lewandowski was warned not to level any more threats, but he continued to do so. We can't give in to terrorizations toward any of our employees. Trump is still welcome at Thursday night's debate and will be treated fairly, just as he has been during his 132 appearances on FOX News & FOX Business, but he can't dictate the moderators or the questions."

Earlier in the day, Trump posted an Instagram video, calling Kelly "biased." On Twitter, he asked followers to vote on whether he should debate.

Should I do the #GOPdebate?

His absence would change the balance of the debate and give his rivals free shots to attack Trump.

Cruz issued his own debate challenge to his main Iowa rival — a 90-minute one-on-one debate next Monday, the day of the Iowa caucuses.

"Give the Republican primary voters the right to see a fair and policy-focused debate, not simply insults," Cruz said on the Mark Levin radio show, according to Politico.