Accessibility links
A Big El Niño Was The Likely Instigator Of Last Week's Blizzard The weather trail that led to a blizzard in the Mid-Atlantic likely started with a very warm Pacific, scientists suspect. Whether climate shifts will bring more strong El Niños is still uncertain. 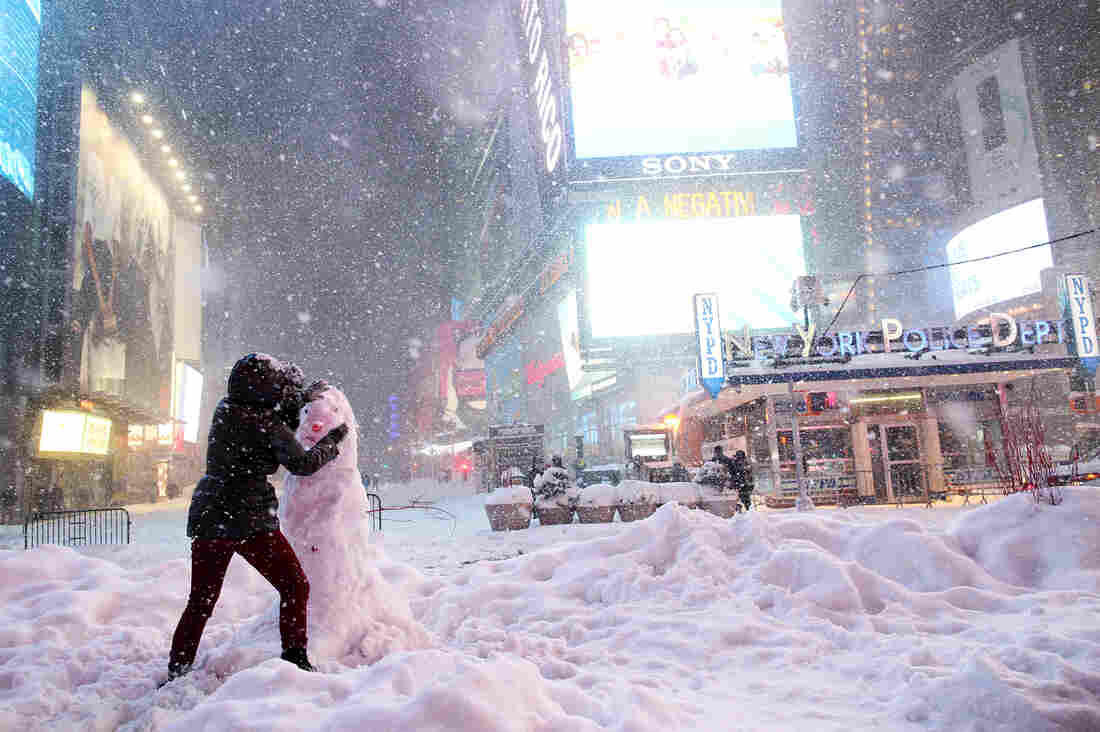 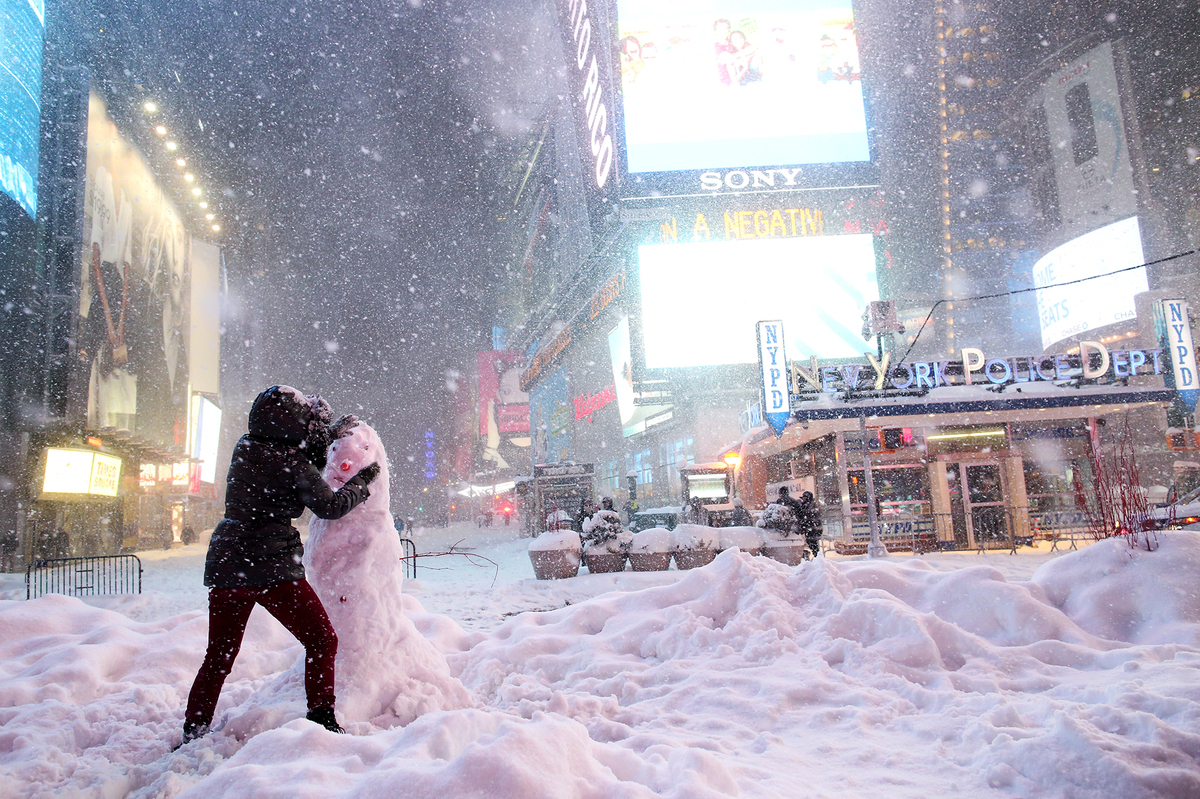 New York City called a travel ban on vehicles in Times Square and elsewhere during last weekend's storm, which broke snowfall records all along the Mid-Atlantic coast.

If you've been digging out of snowbanks lately, as many people in the East have been after a record-setting blizzard, blame the oceans.

Scientists have been doing some forensic work to figure out what set this megastorm in motion. And they think they've found a trail that starts with the weather pattern called El Niño.

El Niño starts in the tropical Pacific. Every few years, the ocean there gets unusually warm. This year is one of the biggest El Niños ever. Heat and moisture from it have been swept up into the tropical jet stream and carried eastward.

Climate scientist Michael Mann at Penn State says that warm wet air was carried through the atmosphere like a wave when you shake a rope. "If you flick it like El Niño is doing in the Pacific," Mann says, "you are going to generate this long wave disturbance that can have impacts way downstream."

The subtropical jet stream, in fact, carried El Niño's hot, wet air to the Southern tier of the U.S. Normally that would mean wet, warm weather. But we got a blizzard instead. Why?

Jeff Weber, a climate scientist at the National Center for Atmospheric Research in Colorado, says what happened was this: Last December, just southwest of Alaska — admittedly a long way from the Eastern Seaboard — a big low-pressure system formed in the upper atmosphere. And that formation acted sort of like a rock thrown into the polar jet stream, which is another big stream of high-altitude air blowing toward the East.

"This kind of buckled the polar jet," Weber explains. And when the polar jet buckles, he says, "instead of keeping all that cold air locked up to the north, it starts being able to bring that colder air farther down south. And that's exactly what happened for this storm."

To make matters worse, that cold Northern air also encountered some very moist air from the Atlantic Ocean, which also has been especially warm this year. So cold air slammed into warm, wet air, and the result was the massive blizzard that swept the East.

The thinking so far is that El Niño got this thing rolling. Will it do something like this again in future years? Climate scientists can't say for sure. Mann says a lot depends on the oceans, which are changing.

"A lot of climate change is actually going into the oceans," he says.

He means the oceans are absorbing a lot of the extra heat from the atmosphere. That can alter their circulation, and where and when they release that heat back into the atmosphere.

"It's changing the behavior of the oceans in a way that affects weather patterns around the globe," Mann says.

The leading edge of climate research now, he says, is figuring out the details of how a warming climate is changing weather, and especially whether it's doing so by altering El Niño's strength and behavior. If ocean waters are getting warmer — and they are — and El Niño is created by unusually warm waters, it makes sense that we could see more of these big El Niños.

Climate scientist Heidi Cullen, at the research organization Climate Central, says that's a good hypothesis, but it's too soon to be sure that will happen.

And even if they do get stronger, El Niños are only one part of a very complex weather world.

"It's never just an El Niño signature that we experience when we experience any individual winter or any individual weather event," Cullen says. How each El Niño plays out, whether it's a big one or not, depends on so many other things — like the appearance of a low pressure system off the west coast of Alaska.

So yes, scientists say, a warming climate makes some things more likely — such as heat waves, droughts, or monster blizzards. But when it comes to your local weather, the deck is still full of wild cards.