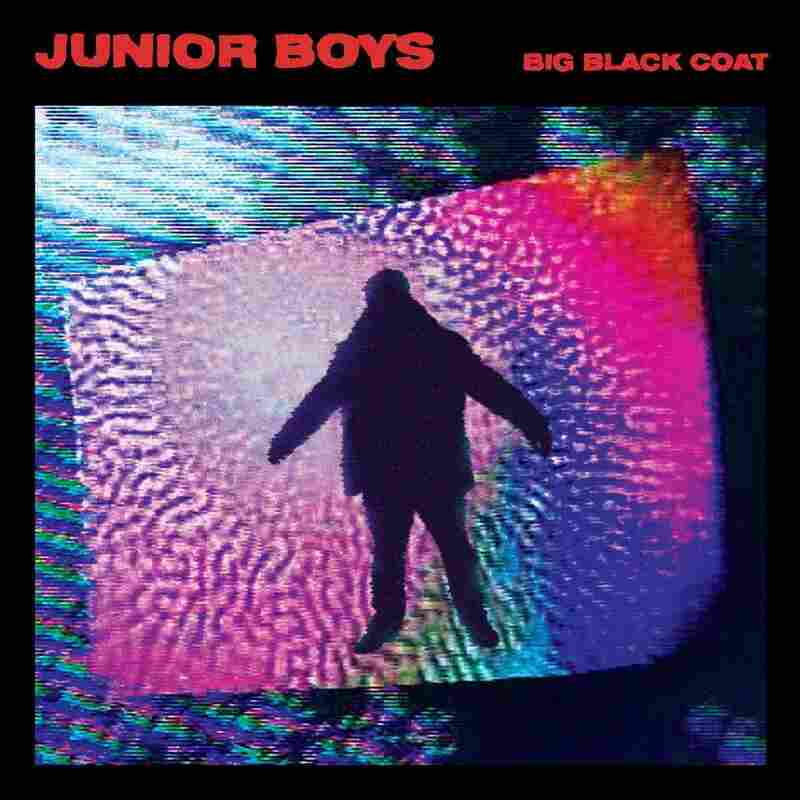 When contemplating the long career of the Junior Boys, it's hard not to think about another synthesizer-driven techno-pop duo that made its debut at essentially the same time: The Postal Service. You can't put too fine a point on how far outside the pop, indie and dance markets the two were in 2003 — out of step with hip-hop-derived fare, too engaged with melodic songwriting to fit into the minimal dance-music camp that was their natural sonic home, too big and refined a finished product for the twee electronic underground. The Postal Service's one-and-done album, Give Up, did eventually turn into a cultural signifier. But Junior Boys, Jeremy Greenspan and Matt Didemus, then based in Toronto, simply went about the work of fashioning a career. Along the way, they played pied pipers to likeminded artists, helped cure indie rock's house-music allergies, and created a set of artistic principles — which, their fifth album Big Black Coat helps demonstrate, now have the feel of a legacy.

From the beginning, the Junior Boys sound has hinged on the interaction between Greenspan's voice and the synthetic backgrounds against which it tells stories. They don't so much fit each other as coexist by design, forming a great, idiosyncratic tag team. The Junior Boys' best results sound like blue-eyed plastic soul and a dramaturge's take on electronic music, brushing up to perfect hooks that are as often imagined as actual. Greenspan doesn't so much sing as croon, in tones by turns husky and delicate, or break into a modest Gibb-like falsetto; it's perfect for his simple emo lyrics and for the dance grooves at the heart of this operation. It's always been so — Greenspan and Didemus are nothing if not consistent — yet on Big Black Coat, this singularity seems ever more pertinent. Because while Disclosure's pop-house sounds (and Bieber and EDM and any number of musically comparable trends) explode all around them, Junior Boys' members have turned a style into a distinct aesthetic.

Like most good aesthetes, they're insular as hell. There's hardly a moment on Big Black Coat that looks at the world outside — and when it does, it's only to make a reference and go back in. The lyrics are a tense thicket of personalized lust and wanting, love and regret, late nights and fake dawns. (Few albums use the word "baby" as often, and with as distinct a meaning.) The production traverses an expertly chosen set of interweaving late-'70s and early-'80s 4/4 signifiers, making connections rather than exerting prejudices. This is how an Italo-Disco opener ("You Say That") can reside next to a Michael Sembello soundalike ("Over It"), or why a soft-synth curio that could almost be a Phil Collins demo ("Baby Don't Hurt Me") rubs shoulders with a falsetto-and-drum-machine duet that slyly references Arthur Russell ("Love Is A Fire"). Even the one seemingly outward touch carries an inaccessible mixture of cool and cheese: The cover of Bobby Caldwell's 1978 smooth-soul smash "What You Won't Do For Love" is refashioned as a modern arpeggiated disco epic, worthy of the world's best clubs.

It also sounds a bit like a new Postal Service song made with updated gear (Ben Gibbard and Jimmy Tamborello, after all, also had a habit of putting 4/4 underneath schmaltzy melodies to come up with something new). But that band is no more, and this "What You Won't Do For Love" provides a fun reminder that that there was a time when few believed in the Junior Boys' future — just one more bit of evidence that few remember the past the way they've chosen to.