Accessibility links
Review: KING, 'We Are KING' The R&B trio, whose 2011 debut EP broke the Internet, finally follows it with an album of dreamy, idiosyncratic, self-produced soul music.

Review: KING, 'We Are KING'

Review: KING, 'We Are KING'

KING excels at setting a mood. The group's music conjures an all-encompassing, dreamy, Utopian vibe, rather than a mad dash to assemble a who's-who of writers and producers. From the get-go, KING's instant fan base embraced that approach, and that's where the years-long demand for We Are KING took hold. 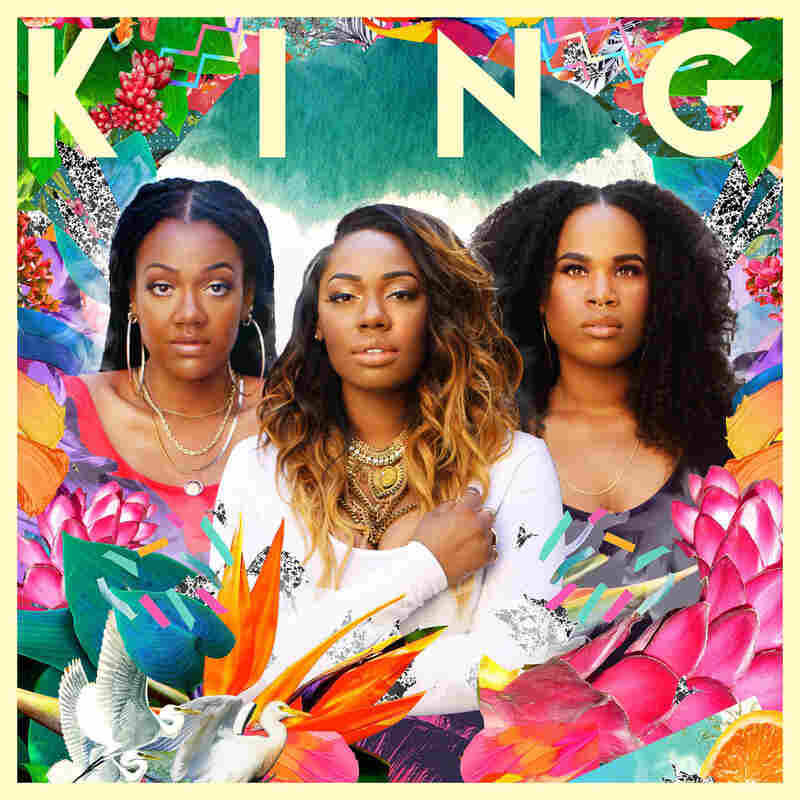 We Are KING Courtesy of the artist hide caption

The trio — Anita Bias and twin sisters Amber and Paris Strother — is a one-stop creative shop, producing, arranging and performing all of KING's music at their L.A. home studio. They also put it out themselves, and only when it's ready. In 2011, KING wasn't prepared for the overwhelming response to its debut EP, The Story. The three tracks were the first the women had ever recorded together. The group's unveiling played like the ultimate game of telephone, with heavy hitters like Prince, Erykah Badu and Questlove passing the word along. Between touring, sporadic singles and guest slots, the public just had to wait for more.

After five years of wondering and wishing and maybe even doubting, We Are KING picks up exactly where The Story left off — at times literally. The album's sound is an outright extension of its predecessor, and all three of the EP's songs are reprised here in extended versions. "The Right One" kicks off the proceedings with a mid-tempo testimonial about the lasting power of love, setting the album's tone (messages of love being the dominant force) and displaying everything KING does best. Paris Strother's multi-layered synths and fine percussion are indicative of her Minneapolis roots; those elements jell perfectly with the candy-coated harmonies of her bandmates to create a running formula that works.