Accessibility links
American Muslims Tackle Terrorism With Teens' Best Tool: The Internet These millennials and teenagers no longer want to stay silent. They are using what they know best — the Internet — to counter the Islamic State's propaganda. 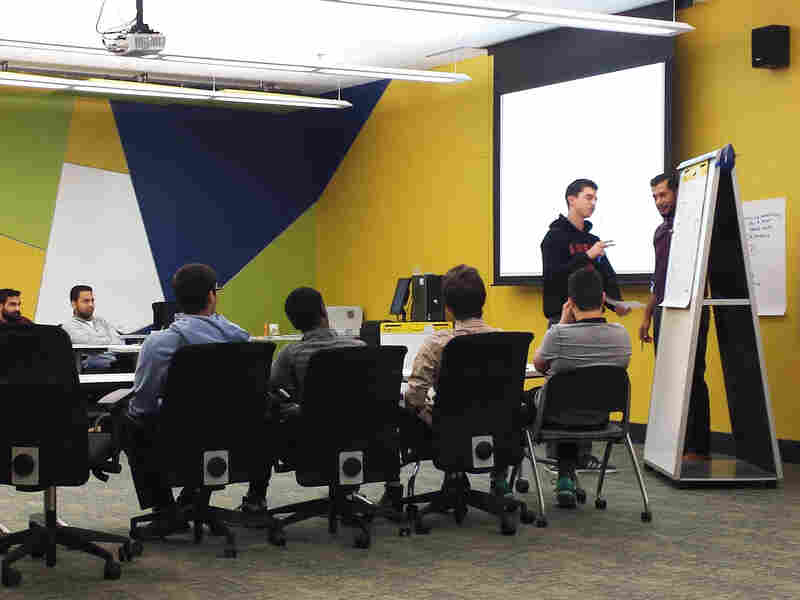 The World Changers group brainstorms on what to do to clarify their message of Islam. Paola Marizán/WNIN hide caption 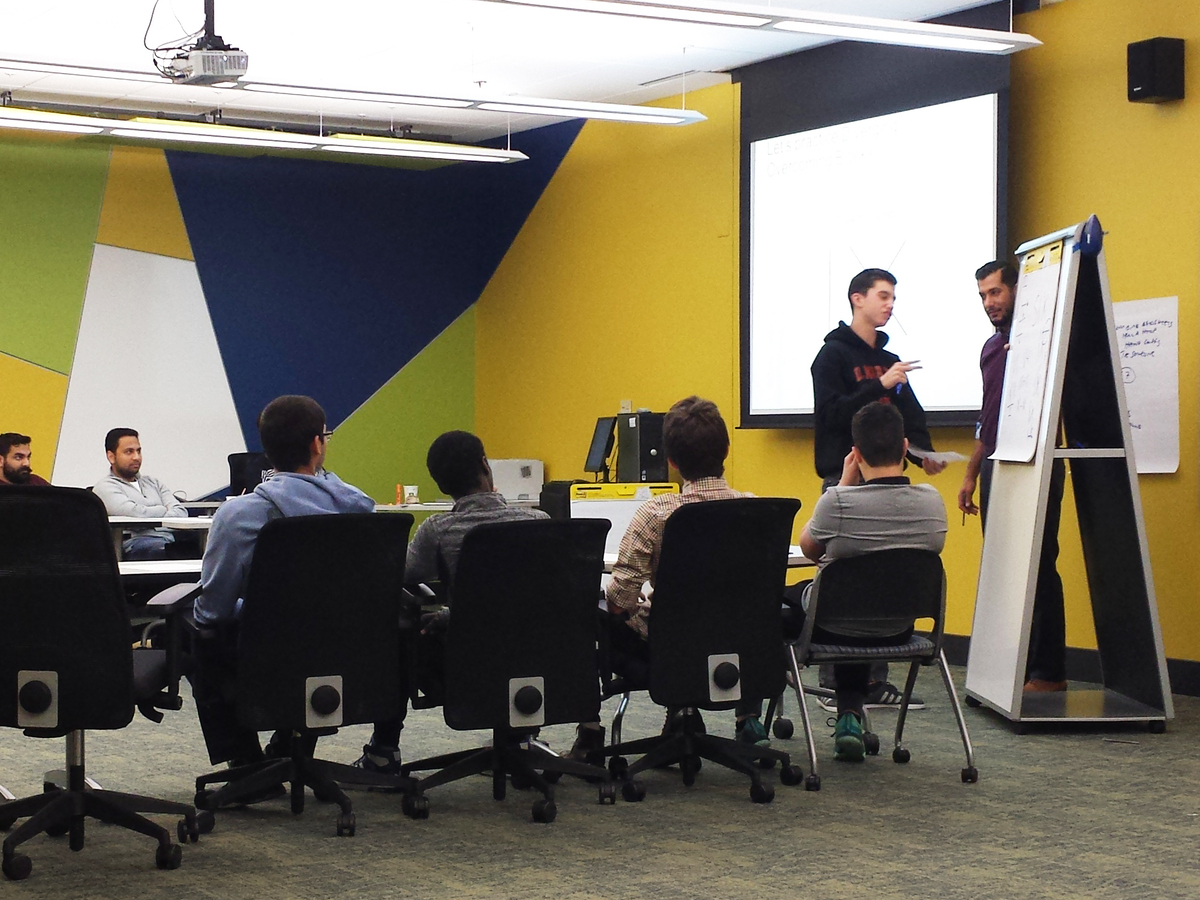 The World Changers group brainstorms on what to do to clarify their message of Islam.

As the Islamic State uses social media and the Internet to recruit followers, a group of American Muslim millennials are also using the same tools to clear up misconceptions.

Tired of being called a terrorist, Ranny Badreddine, a youth from Evansville, Ind., joined other young teens to create World Changers, an initiative that uses the cyberspace to combat misconceptions about Islam.

"Kids have to be worried about...going outside and being scared that someone is going to beat them up because they're Muslim," Badreddine says. "As a 13-year-old kid, I don't want to live my life being scared of Americans trying to hurt me because of what I am and my religion."

"As a 13-year-old kid, I don't want to live my life being scared of Americans trying to hurt me because of what I am and my religion."

Many younger American Muslims say their parents and grandparents have long been reluctant to speak out and risk drawing attention to themselves. But Badreddine and his peers want to take a different approach. They want to use technology to push back against what they see as false portrayals of Islam.

The group is a branch organization of Reclamation Studios, another media initiative that aims to counter the Islamic State group's propaganda online. World Changers currently works with Reclamation Studios to spread their message and answer questions about Islam online. They also work with other nonprofits to organize public forums.

Romaze Akhram, one of the members, says this battle for the hearts and minds of Americans is not just about religion. For him, it is far more personal.

Moderate Muslims Counter ISIS Propaganda With Their Own Media Strategy

"The problem is, when they talk about Islamic terrorism, people aren't necessarily seeing ISIS and al-Qaida. They're seeing me," Akhram says. " And they're seeing the kids that are with us today, you know, and we're working towards positive things but they're going to see us as Islamic terrorists."

Muslim activist Humera Khan says religion is not the only or even the main reason driving the atrocities around the world.

"And so if we want to deal with the issue of ISIS, we must deal with the political reality as well," she says. "I don't think what ISIS is doing is at all Islam. They use some of the language but their objectives are extremely political."

While that is true, many American Muslims still say they have to constantly deal with the perception that Islam is behind these atrocities.

Mohammed Hussain, a pediatrician in Evansville, says this tech savvy generation is smart enough to use the same online strategies as the radicals. He supports their effort to call out what they see as false Islam.

"We have all realized ISIS has people who are adapted, are using the media, and they have been using it very effectively," he says. "So we have to convey the right message in the same matter so that it can get across."

The battle that these young American Muslims are joining is not a new one. Seventeen-year-old Hani Yousef says he's often asked if it is fair to expect the younger generation to fight a war that they did not start.

"I think it might be beyond the point if it's fair or not," Yousef says. "The situation is that people are taking the name Islam and using it in a derogatory way, and what's really the problem that we need to focus on is not if it's fair or not, but how to combat it in a way that obviously is nonviolent and aligns with the ways or our religion."